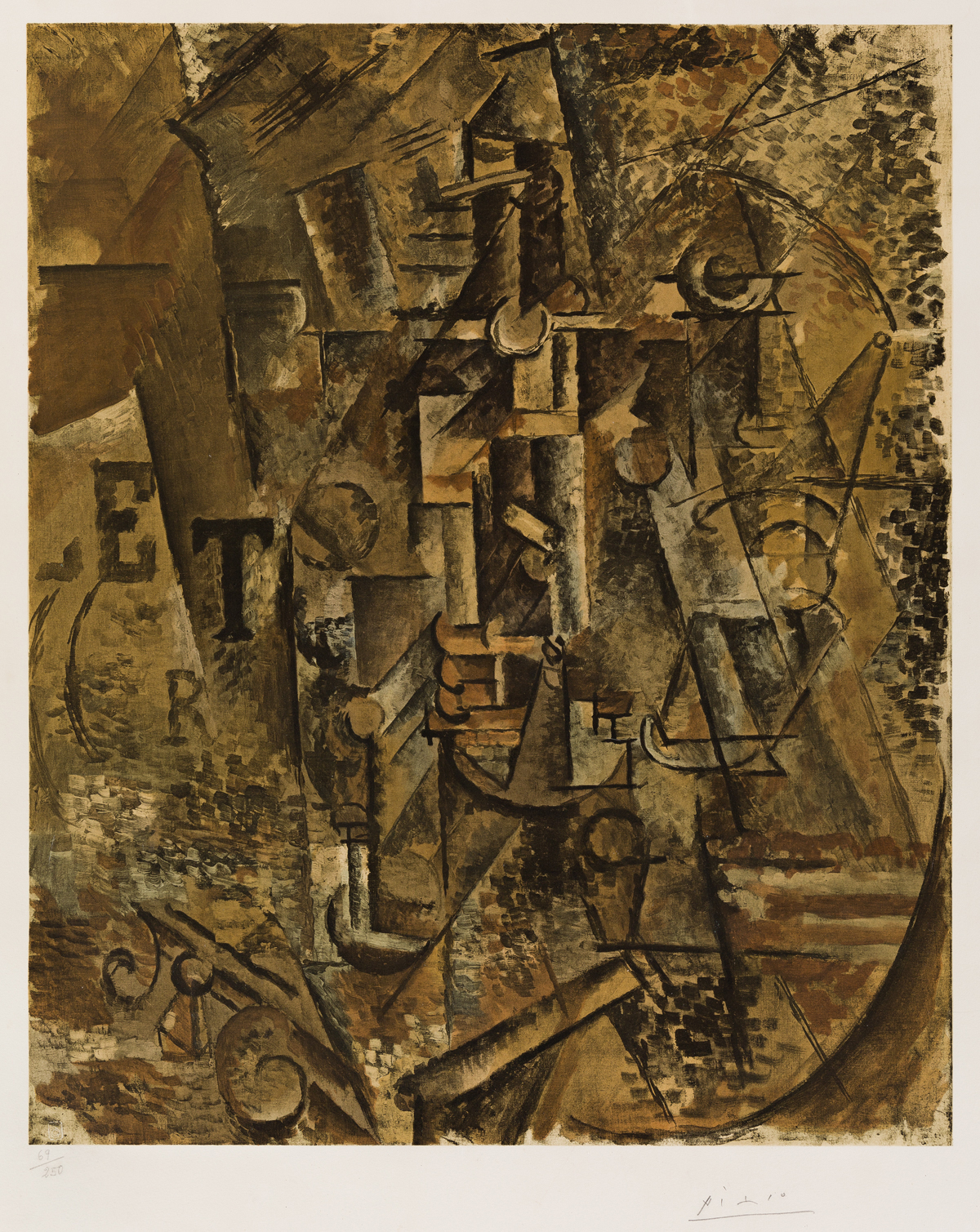 Capturing the essence of Picasso’s prolific and revolutionary cubist period in the early 1900s, Picasso La bouteille de rhum is evidence of his fragmented and abstracted take on the still life genre.  This work is captivating in every sense as it seeks to represent this cylindrical bottle from every angle against a two-dimensional space – as is the goal of most cubist works.  It blends into a series of brown, yellow, and black tones that appear to be arranged in a chaotic geometry that continues to make perfect sense to his audience.  This is a truly groundbreaking and magnificent piece, whose large scale and grandeur makes this a quintessential Picasso for any art collection. This print was based off of the oil painting of the same name which is housed in the Metropolitan Museum of Art, New York), part of the Jacques and Natasha Gelman Collection. Picasso painted the original work in the French Pyrenees town of Céret during the summer of 1911, and is a perfect example of his most abstract phase of Cubism, his "high" Analytic Cubism period. Picasso included lettering in this work, one of the first examples of him doing so. The letters "LETR" possibly refer to "Le Torero," a popular bullfighting magazine at the time, of which Picasso was known to be a fan of. They could also refer to the French word for word, "lettre."

Catalogue Raisonné & COA:
Pablo Picasso Bottle of Rum (La Bouteille de Rhum), c. 1965 is fully documented and referenced in the below catalogue raisonnés and texts (copies will be enclosed as added documentation with the invoices that will accompany the final sale of the work).

About the Framing:
Pablo Picasso Bottle of Rum (La Bouteille de Rhum), c. 1965 is framed to museum-grade, conservation standards, presented in a complimentary moulding and finished with linen-wrapped mats and optical grade Plexiglas.