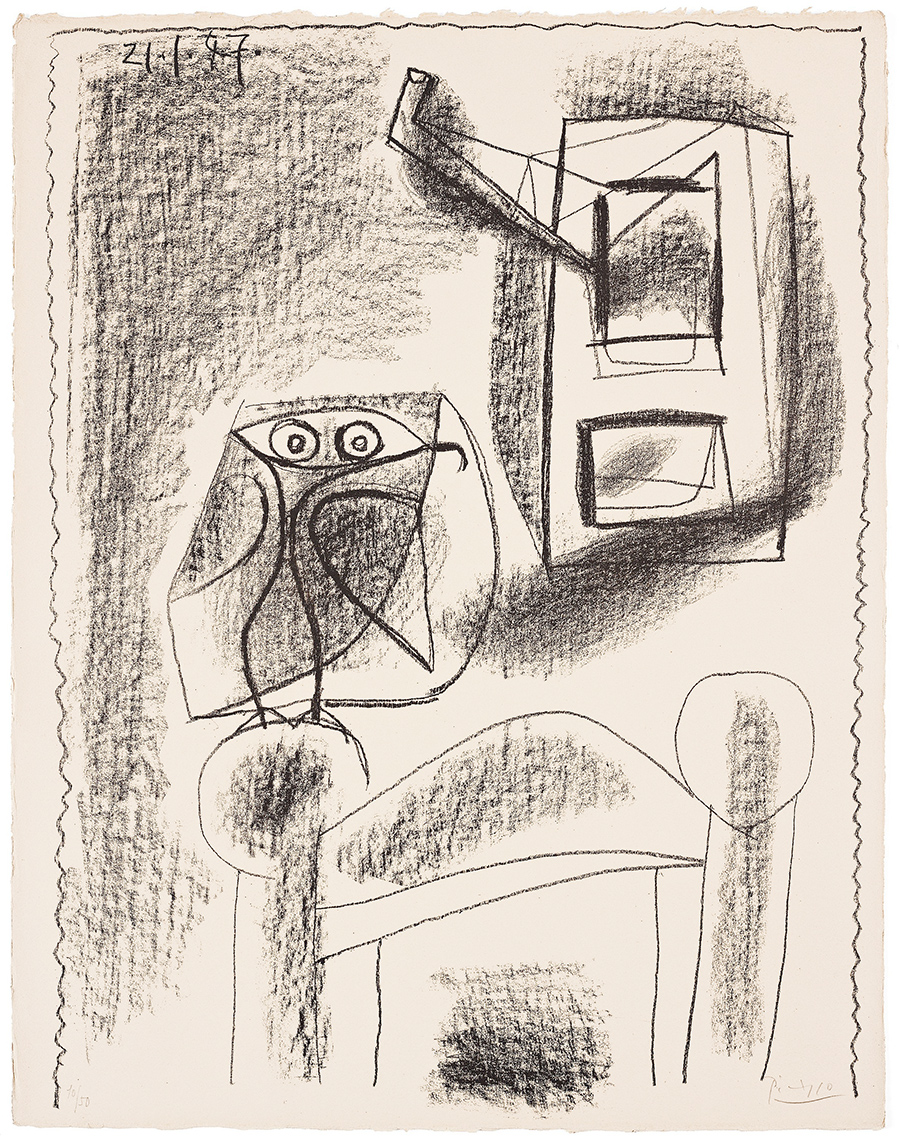 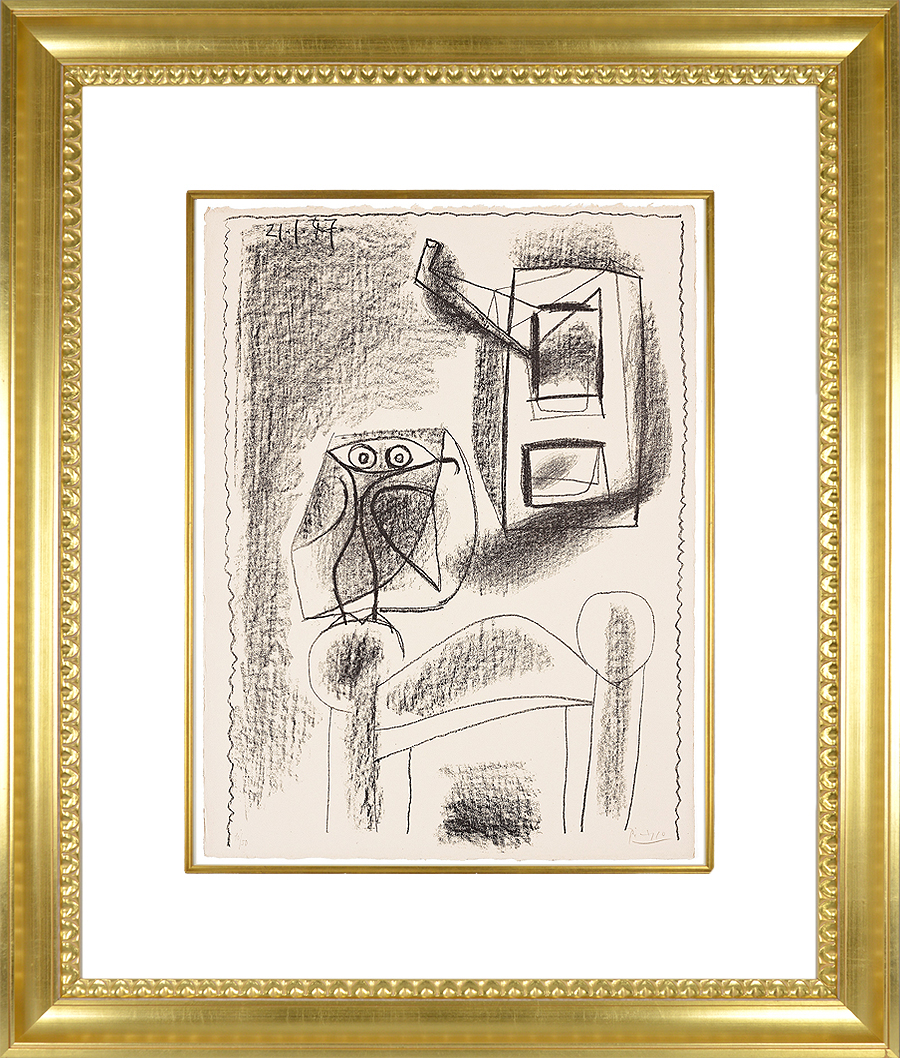 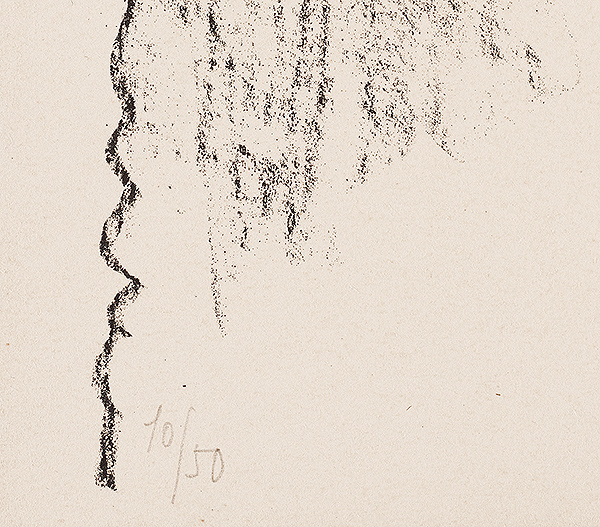 Pablo Picasso Hibou au Crayon (Owl in Crayon), 1947 expressively captures a delightful and endearing caricature of an owl perched on a post. Known for depicting various animals in his work such as goats, fish, and birds, Picasso here renders his own playful version of an owl. For Picasso, the symbol of the owl was a personal one. He owned many birds in his home along with a pet owl. The personal connection is usually depicted in many of Picasso’s works including ceramics.

Abstract in design, the owl is drawn in such a way that is representative of an owl but not realistic. With simple strokes of lines forming the body, there is a slight cubist element. The owl figure is squared off by the top part of its head that is accompanied by its equally squared neighboring window sill. We can barely make out the outline of a window in the upper right corner. Loosely geometric in terms of composition, Picasso draws angles in each shape to emphasize the dimensional quality to each subject. Accentuated by the crayon shading, there is an illusion of light vs. dark as a tonal element.

Catalogue Raisonné & COA:
Pablo Picasso Hibou au Crayon (Owl in Crayon), 1947 is fully documented and referenced in the below catalogue raisonnés and texts (copies will be enclosed as added documentation with the invoices that will accompany the sale of the work).