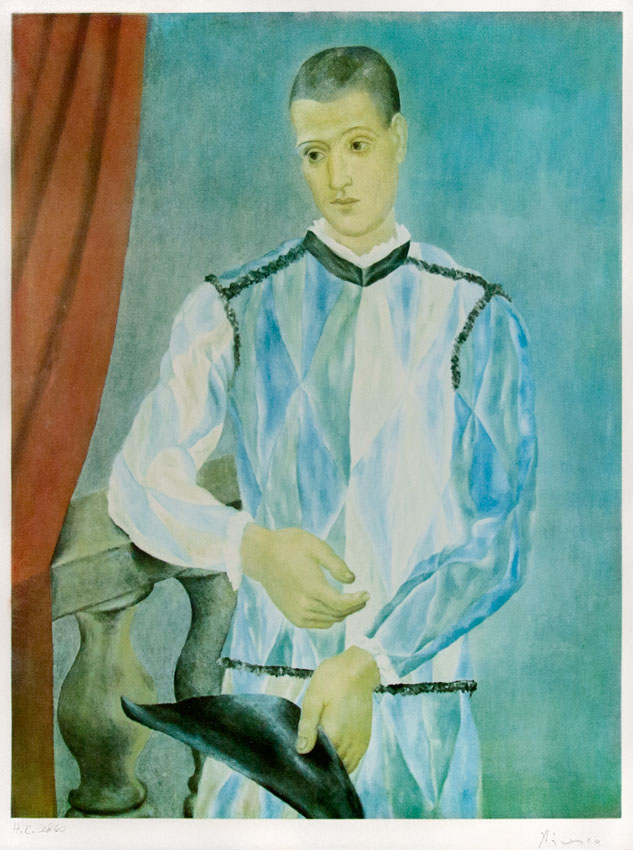 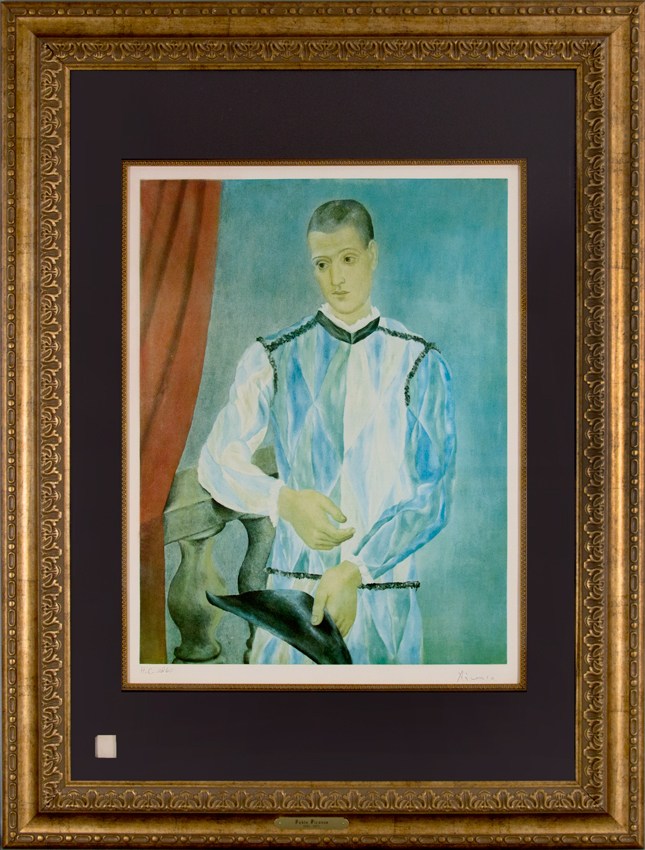 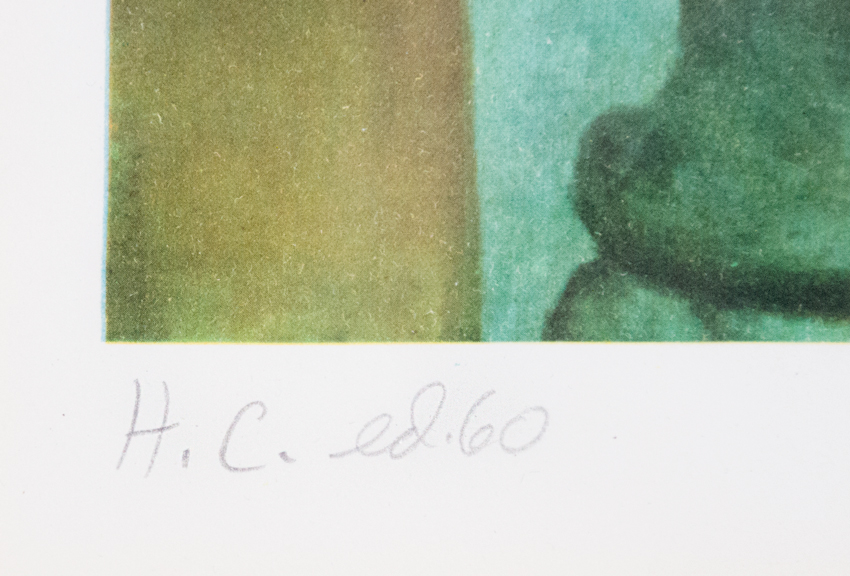 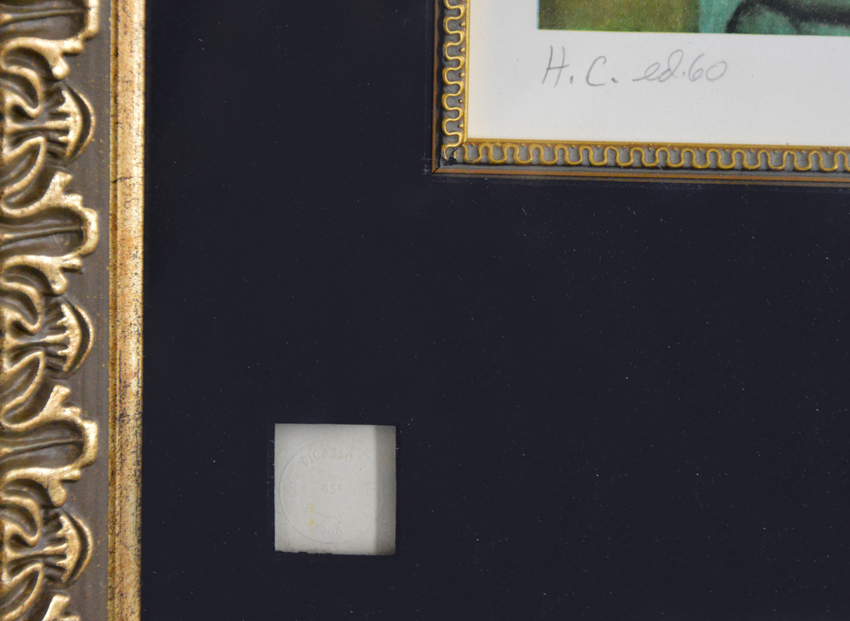 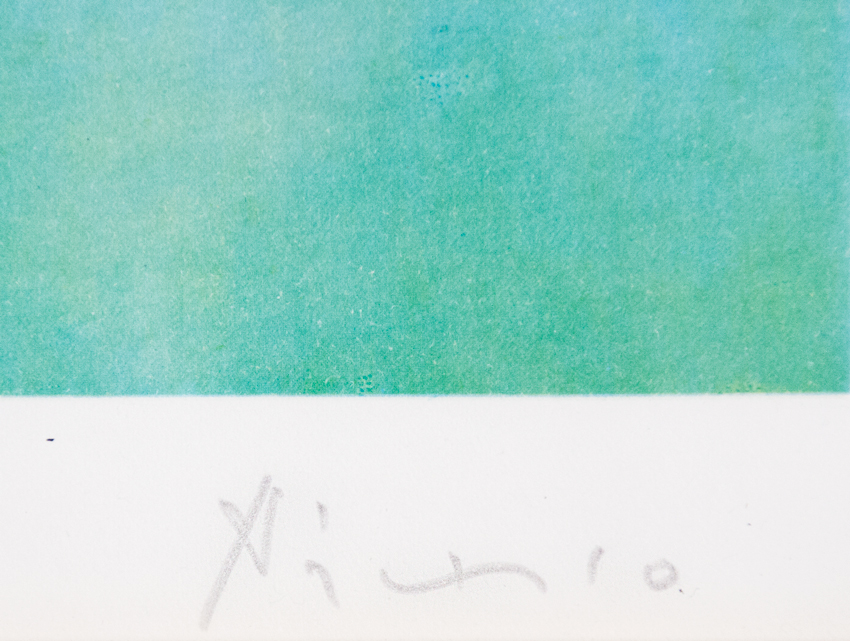 Pablo Picasso’s Harlequin, 1966, offers crisp tonal values and represents Picasso extensive work on the theme of the Harlequin. A source of fascination for the artist, this image offers a pensive representation that combines both the artist realistic and cubist styles, creating an iconic image of Picasso's early career.

The figure's costume and the brilliant red drape at the left of the image, infuse the work with a quality of dramatics. Averting his eyes from the audience the figure looks to the side of the stage with his left arm resting along the banister, as if he was watching his fellow performers. In all Picasso creates an intimate character study, which focuses on the individuality of the figure rather than the entertaining aspects of his assumed persona.

Of this work Rosa Maria Subirana states, "in this period Cubism and Classicism exist side by side stemming from the influences of the theatre and ballet together with ancient Roman art…this Harlequin represents a variation on his traditional theme. It constitutes possibly his best work during that time" (Rodrigo, 1482).

Rodrigo goes on to state, "The "pensive Harlequin," as O'Brian calls it, is a character linked with Picasso's past, mainly his Neo-Impressionist and Pink Periods. In this painting, the Harlequin reflects a serenity and, at the same time, a sadness that might correspond to Picasso's emotional state at the time (1917), when his love affair with Olga had still not been resolved" (Rodrigo, 1482).

Catalogue Raisonné & COA:
Pablo Picasso Harlequin, 1966, is fully documented and referenced in the below catalogue raisonnés and texts (copies will be enclosed as added documentation with the invoices that will accompany the sale of the work).

About the Framing:
Pablo Picasso Harlequin, 1966, is framed to archival museum grade conservation standards, this piece is presented in a complementary moulding with silk-wrapped mats and optical-grade Plexiglas.