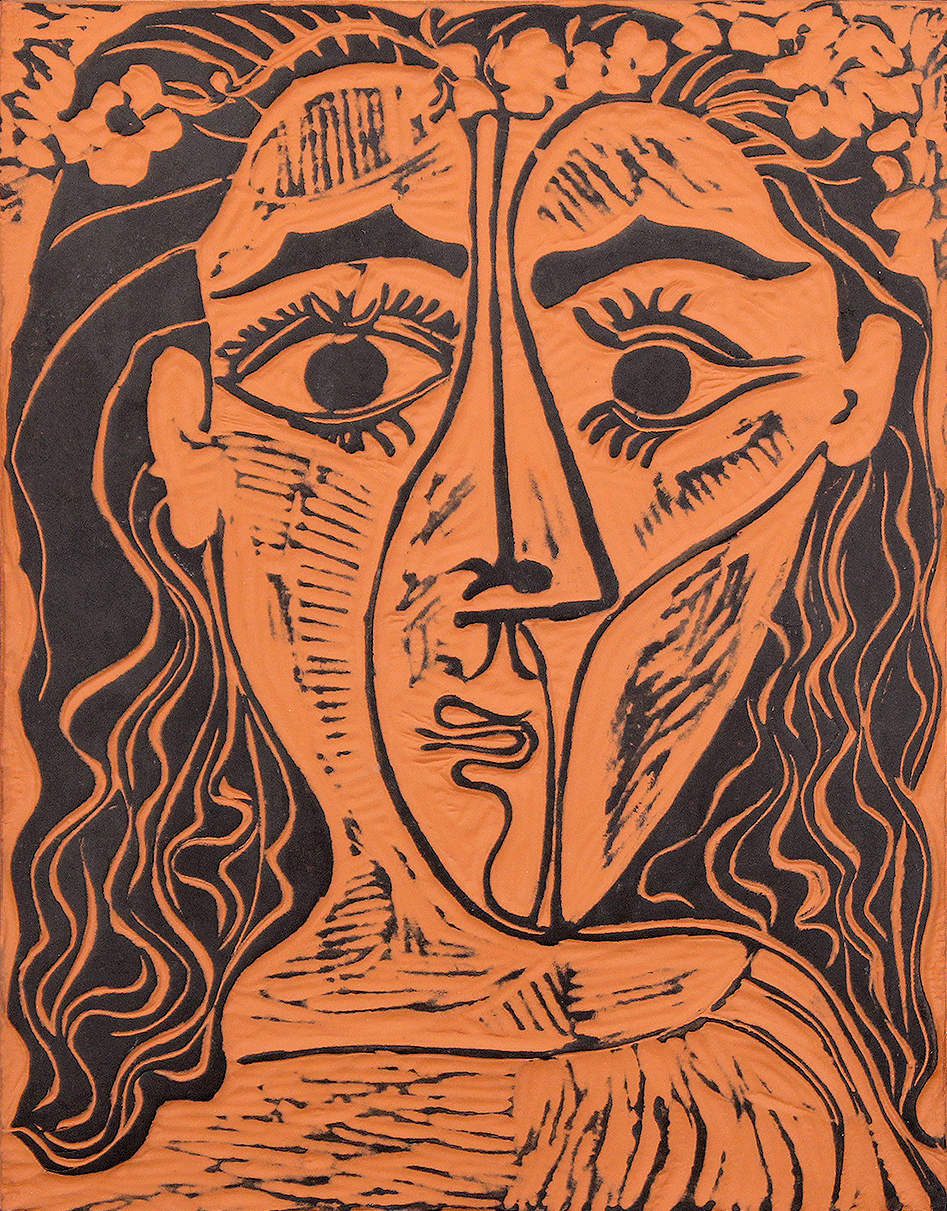 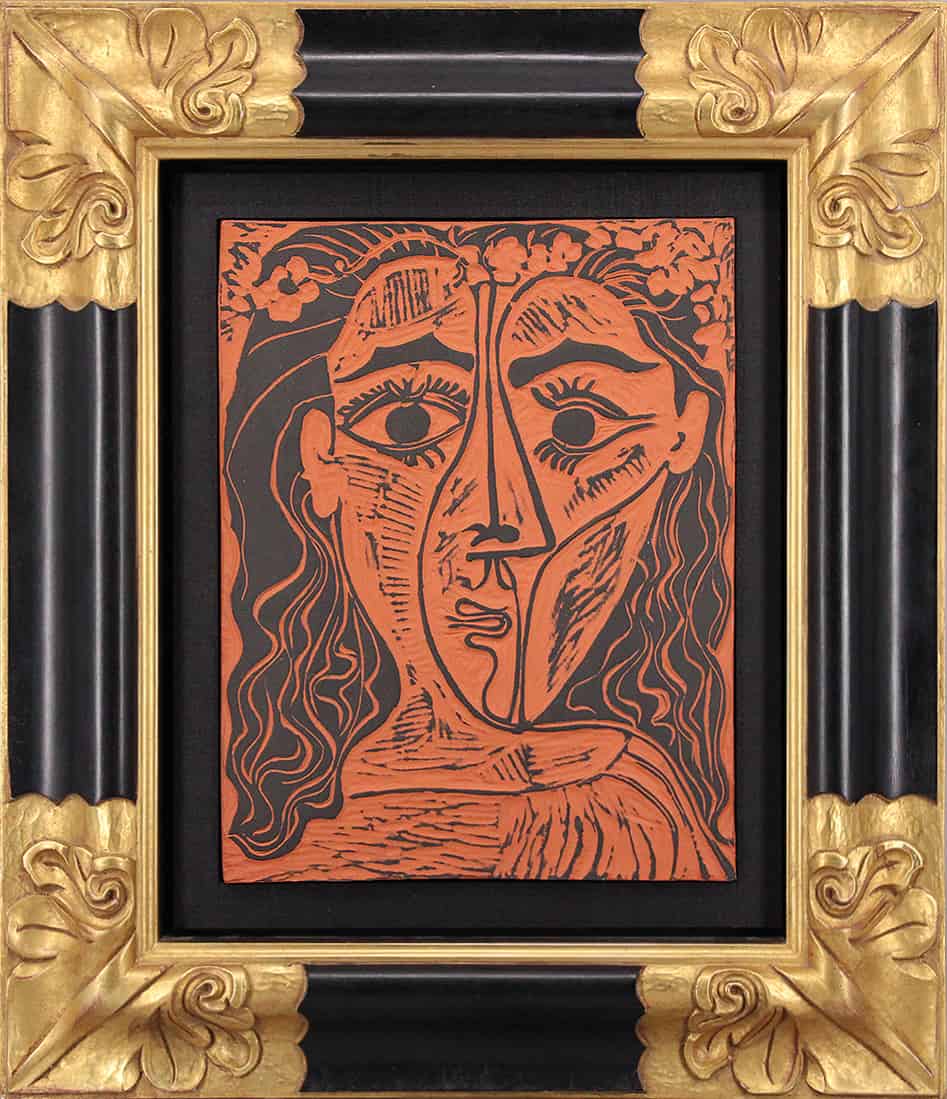 Pablo Picasso ceramic Tête de femme à la couronne de fleurs (Woman's Head with Crown of Flowers), 1964 is a bold portrait of Jacqueline Roque, executed in the medium of pottery. Composed in a rectangular format, a striking woman is portrayed in a full face portrait with her details contrasting in graphic black lines overlaid the natural terracotta color of red earthenware clay. Displayed in a cropped, close-up, the portrait fills the confines of the composition. The female subject is rendered through Picasso's cubist gaze to appear as though she can be viewed from multiple perspectives; she can also be viewed in right and left side profiles. The angles of the woman’s face are shaded with repetitive lines, with sweeping curves mapping the planes of her facial structure, implying a three-dimensional quality. Wide and piercing eyes are the distinguishing characteristic of the portrait which also shows a woman with angular features, cascading curls, and a romantic crown of flowers; the crown of flowers appears as a recurring element throughout Picasso's oeuvre. The floral headdress also makes an appearance in one of the artist's most famous paintings Garçon à la Pipe, 1904, oil on canvas, and again later in more than one of the paintings and linocuts of Picasso's many muses.

Created in 1964, this Madoura rectangular plaque of red earthenware clay, printed with engobe pad in black is stamped with the 'MADOURA PLEIN FEU' and 'EMPREINTE ORIGINALE DE PICASSO' pottery stamps on verso and numbered from the edition of 100 on verso.

Catalogue Raisonné & COA:
Pablo Picasso ceramic Woman's Head with Crown of Flowers (Tête de femme à la couronne de fleurs), 1964 is fully documented and referenced in the below catalogue raisonnés and texts (copies will be enclosed as added documentation with the invoices accompanying the final sale of the work):

1. Ramié, Alain. Picasso Catalogue of the edited ceramic works 1947 - 1971. Madoura: Galerie Madoura, 1988. Listed and illustrated as catalogue raisonne no. 522.
2. A Certificate of Authenticity will accompany this work.