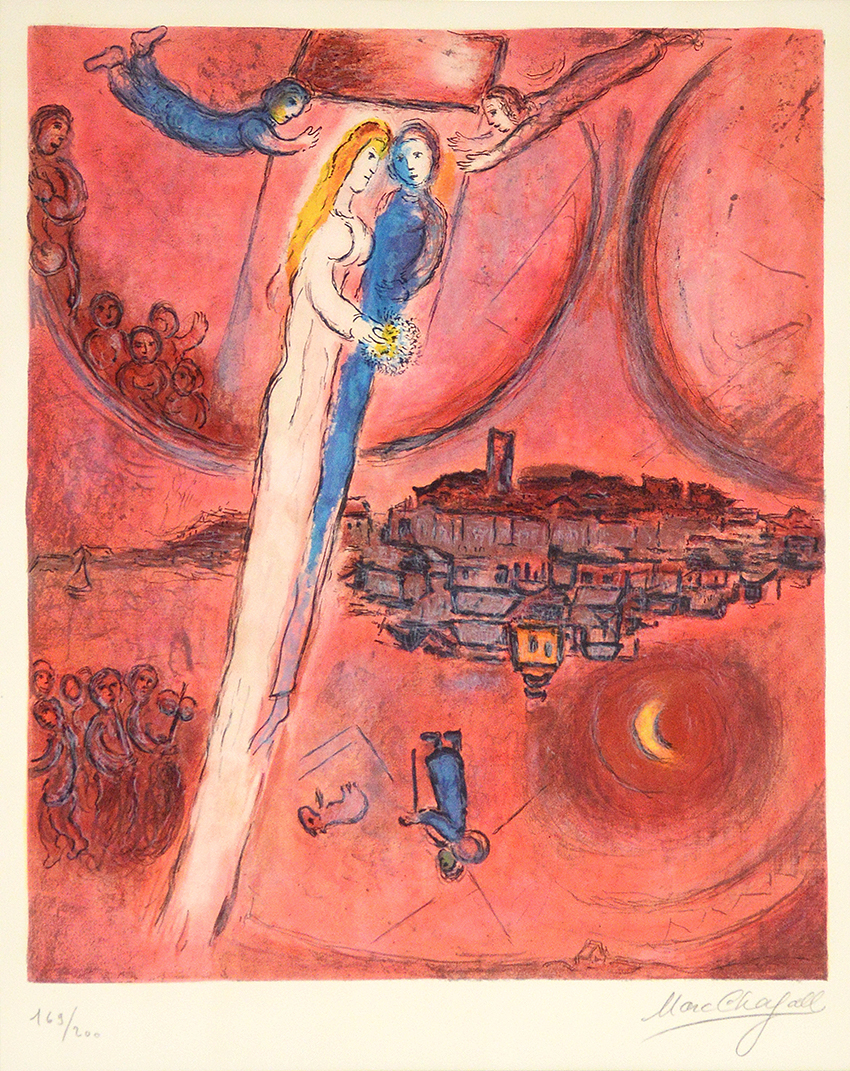 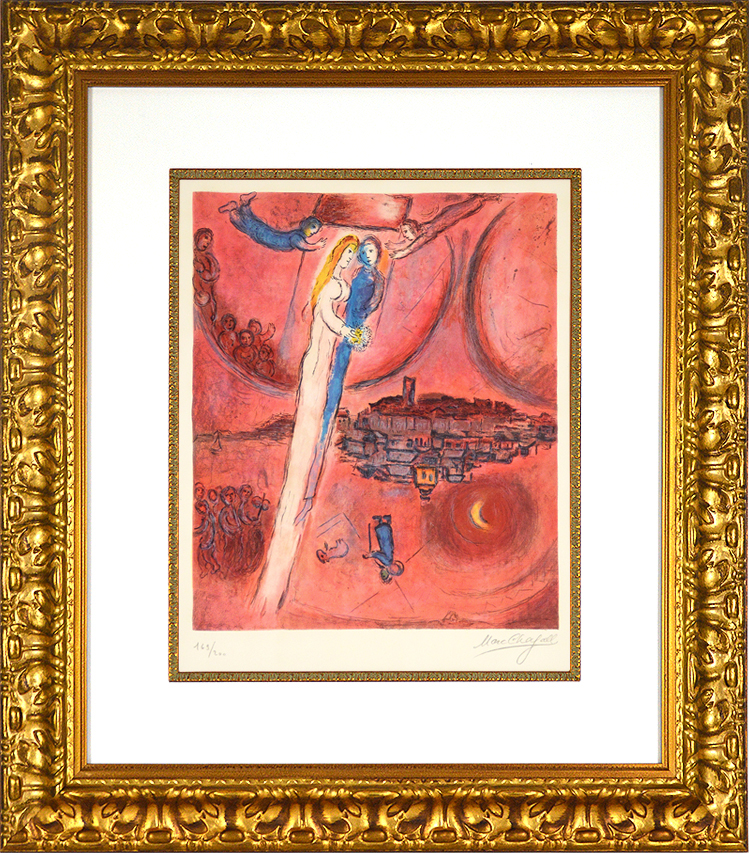 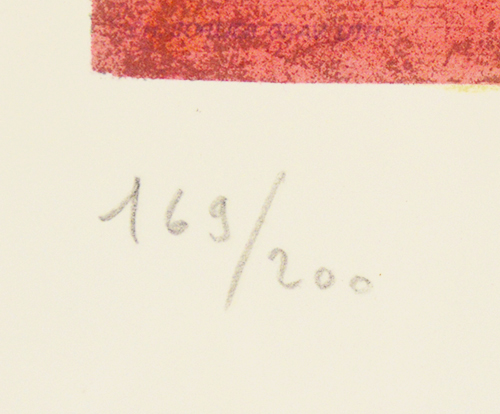 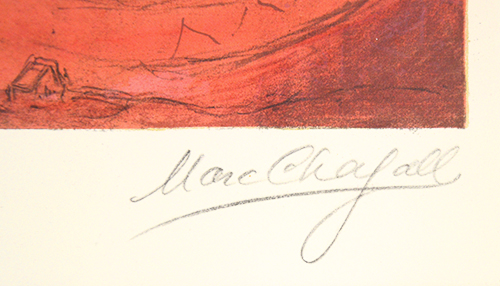 In Marc Chagall Le cantique des cantiques (The Song of Songs), 1975, a bride and groom embrace each other, their elongated bodies seamlessly merge into one being as they gaze into each other's eyes. This composition radiates with warmth and affection, allowing us an everlasting glimpse into the euphoria that accompanies true love.

These two figures appear as children rather than angels, for they do not have wings yet soar through the air towards the married couple, perhaps foreshadowing the family to come from this happy union. Chagall depicts a topsy turvy world that appears as if reflected from a lake. The top portion of the vertical composition is upright while the bottom is upside down. However, the top and bottom are not mirrors of one another but rather convey different images. On the top, onlookers appear as if safely nestled in a circular dwelling, waving out at the couple while, at the bottom, a shepherd follows a lone sheep beneath an illuminated crescent moon. The vibrant red hues utilized in this piece suggest sunset, as if Chagall captured the couple departing for their honeymoon.

Catalogue Raisonné & COA:
Marc Chagall The Song of Songs (Le Cantique des Cantiques), 1975 is fully documented and referenced in the below catalogue raisonnés and texts (copies will be enclosed as added documentation with the invoice accompanying the sale of the work).

About the Framing:
Framed to museum-grade, conservation standards, Marc Chagall The Song of Songs (Le Cantique des Cantiques), 1975 is presented in a complementary moulding and finished with silk-wrapped mats and optical grade Plexiglas.