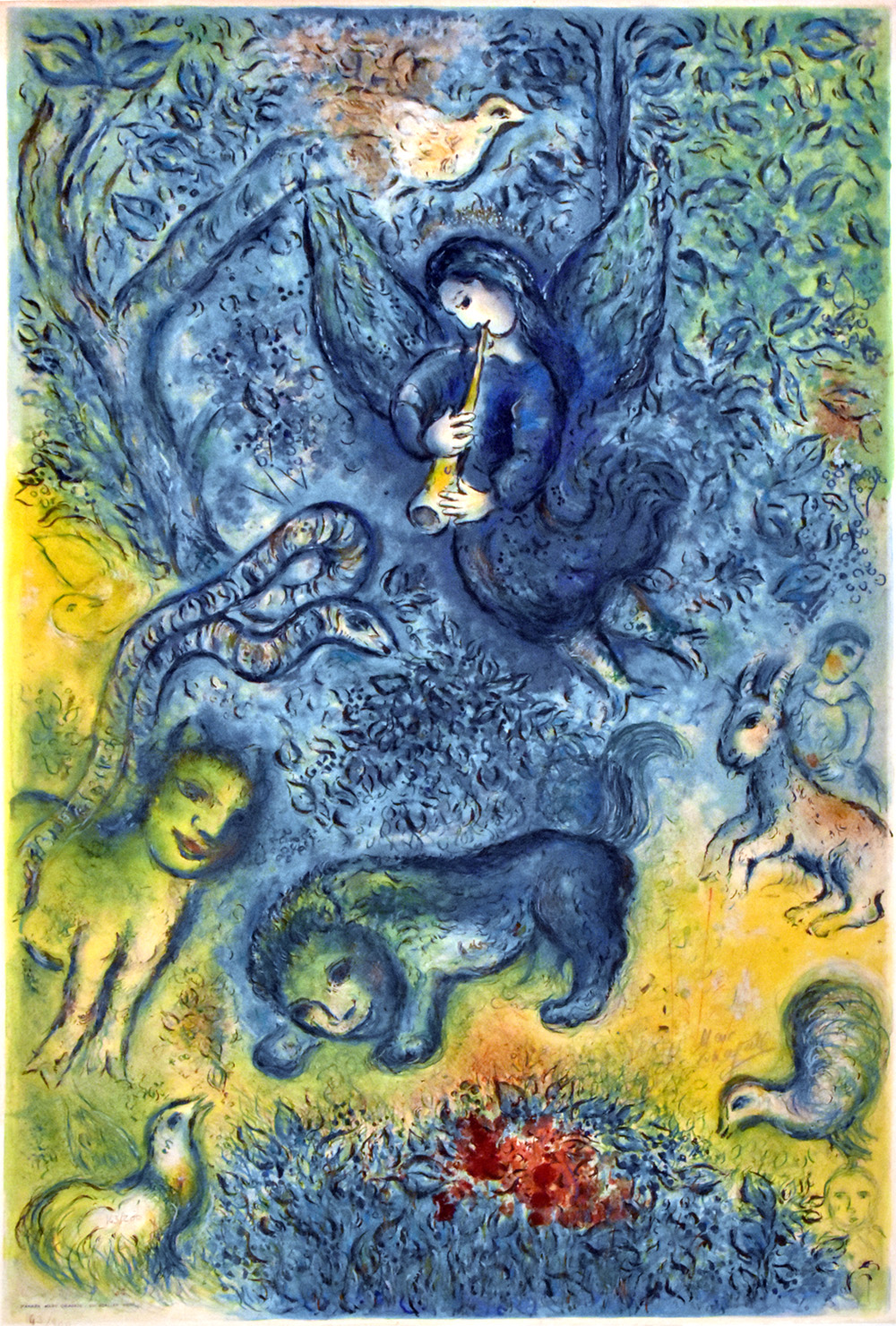 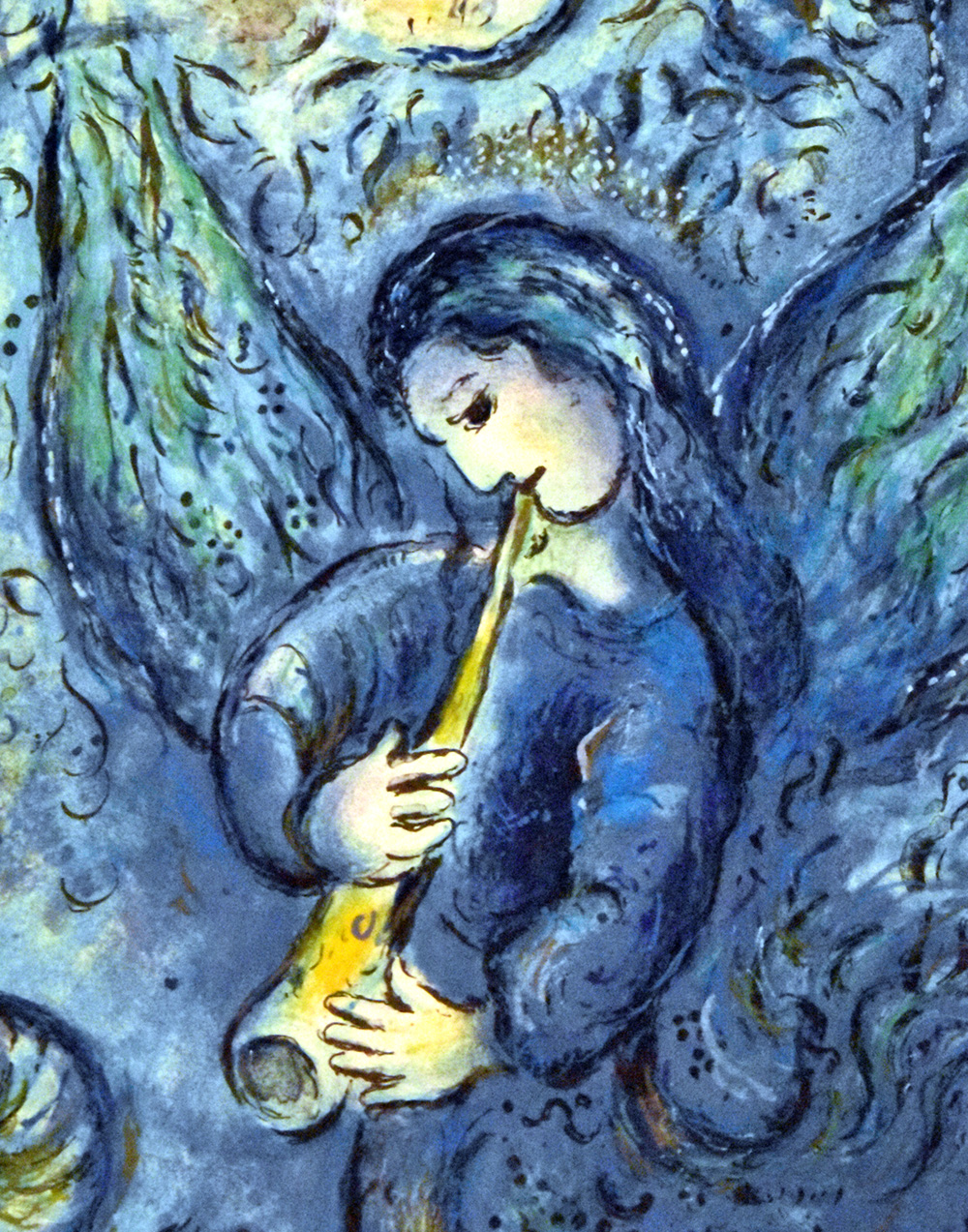 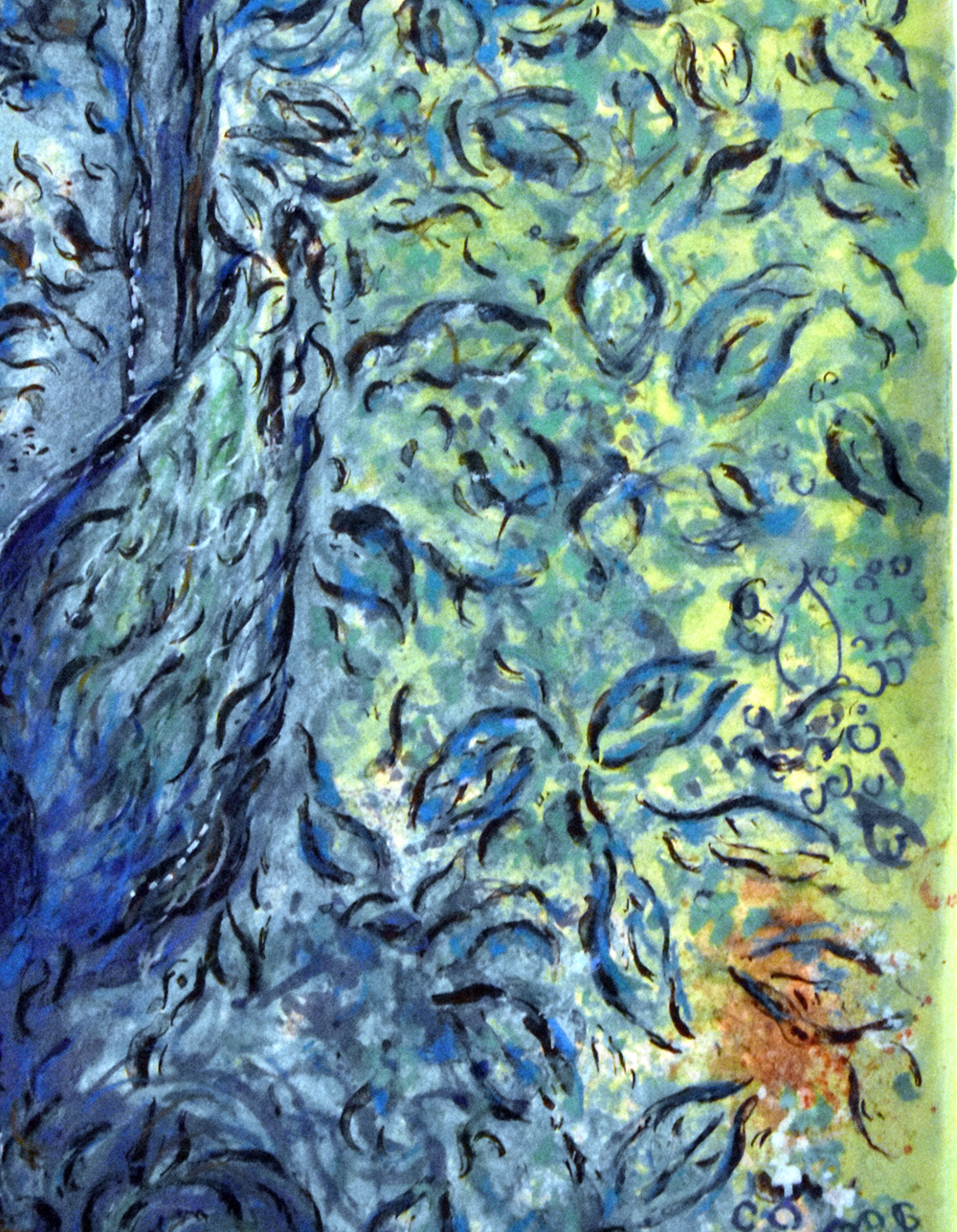 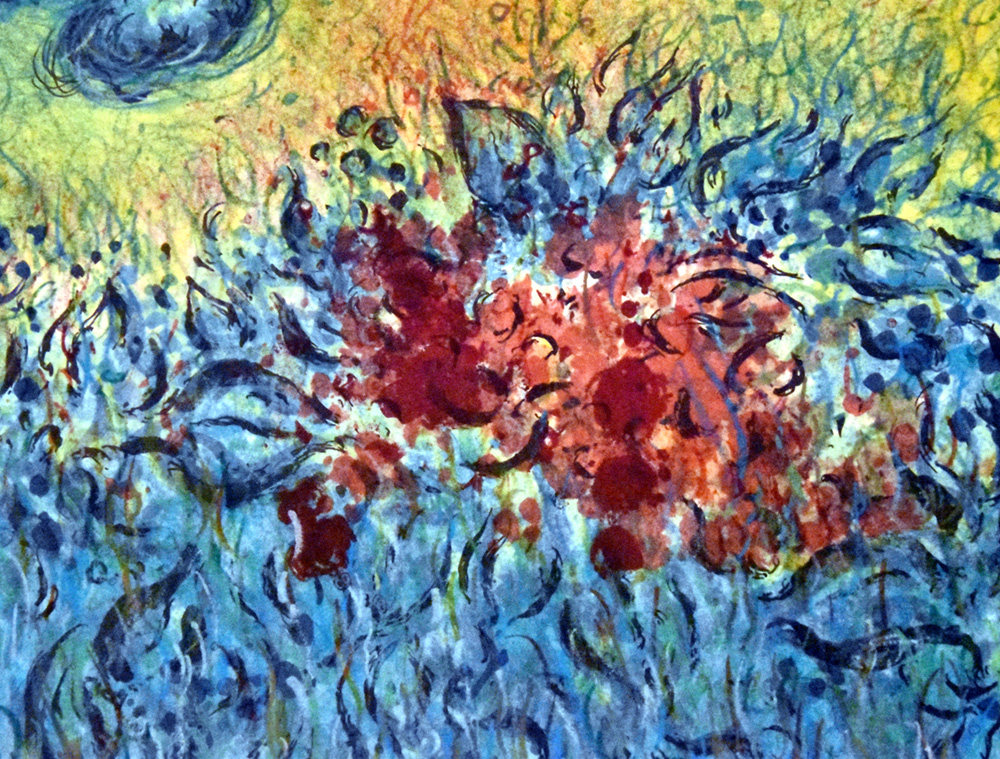 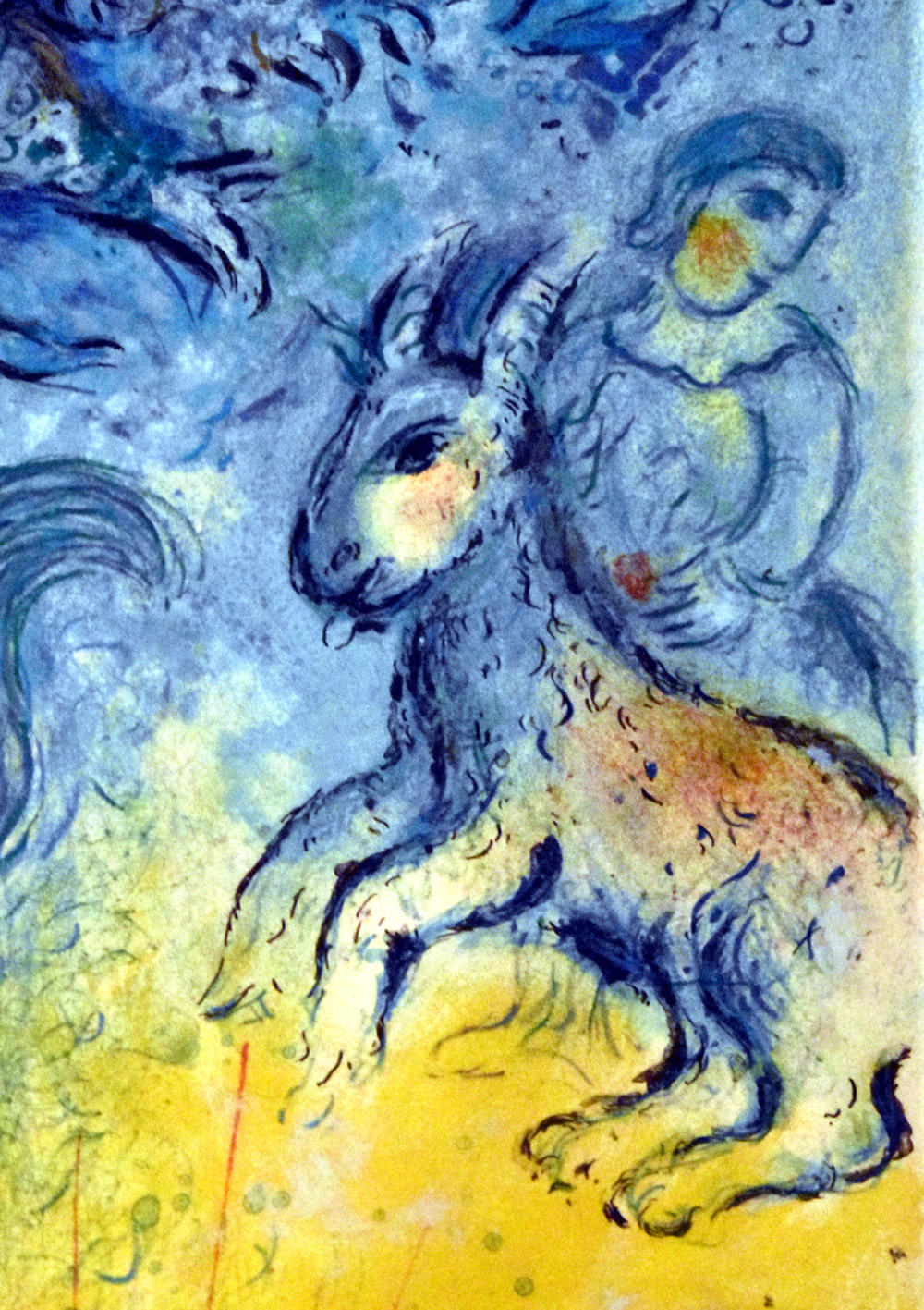 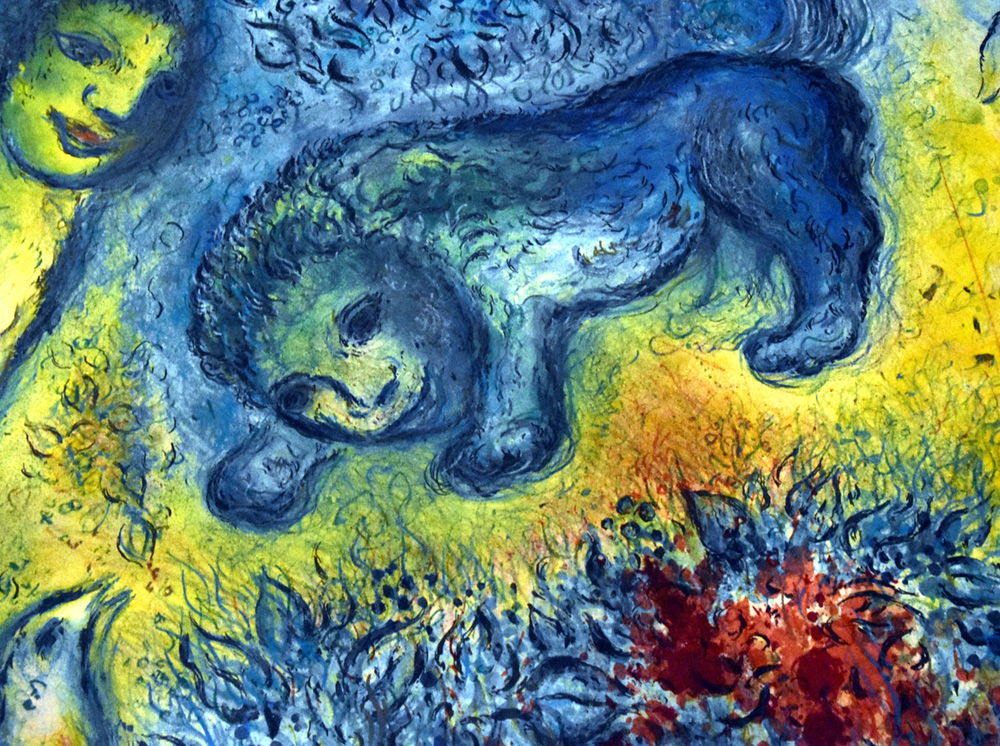 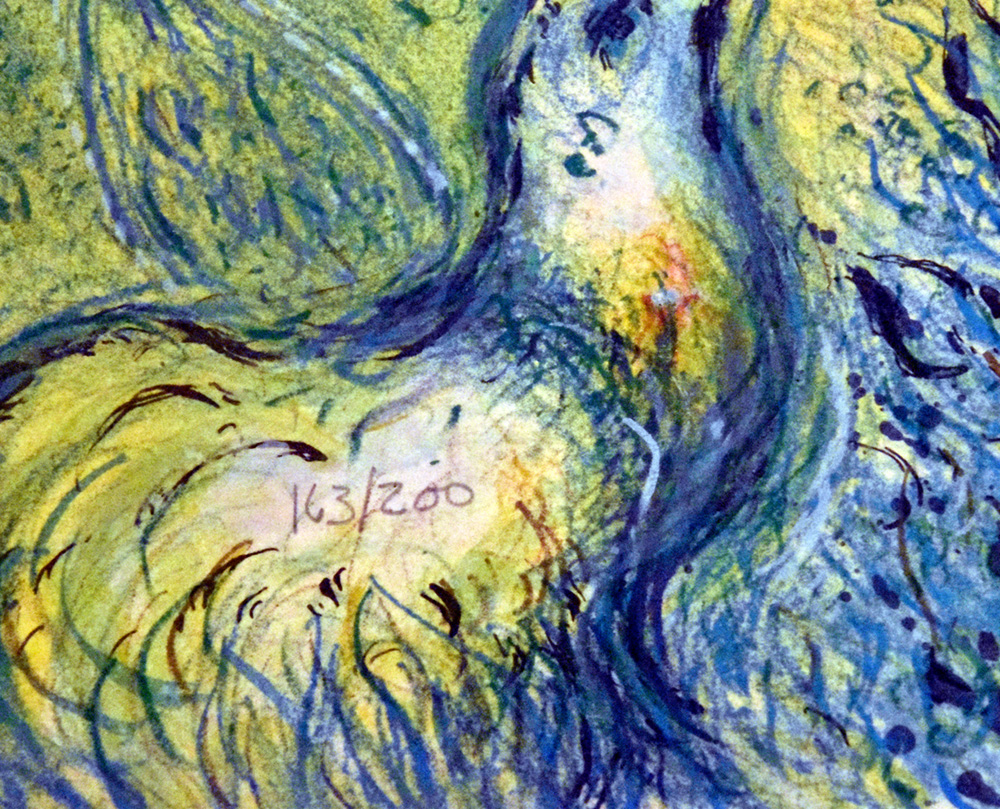 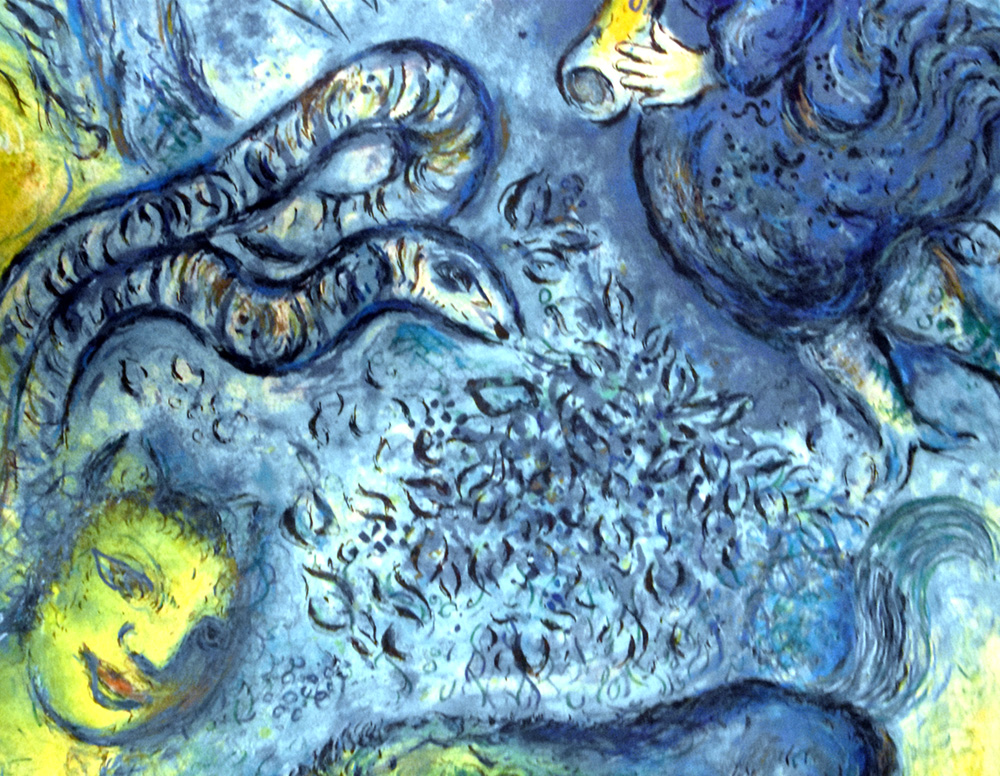 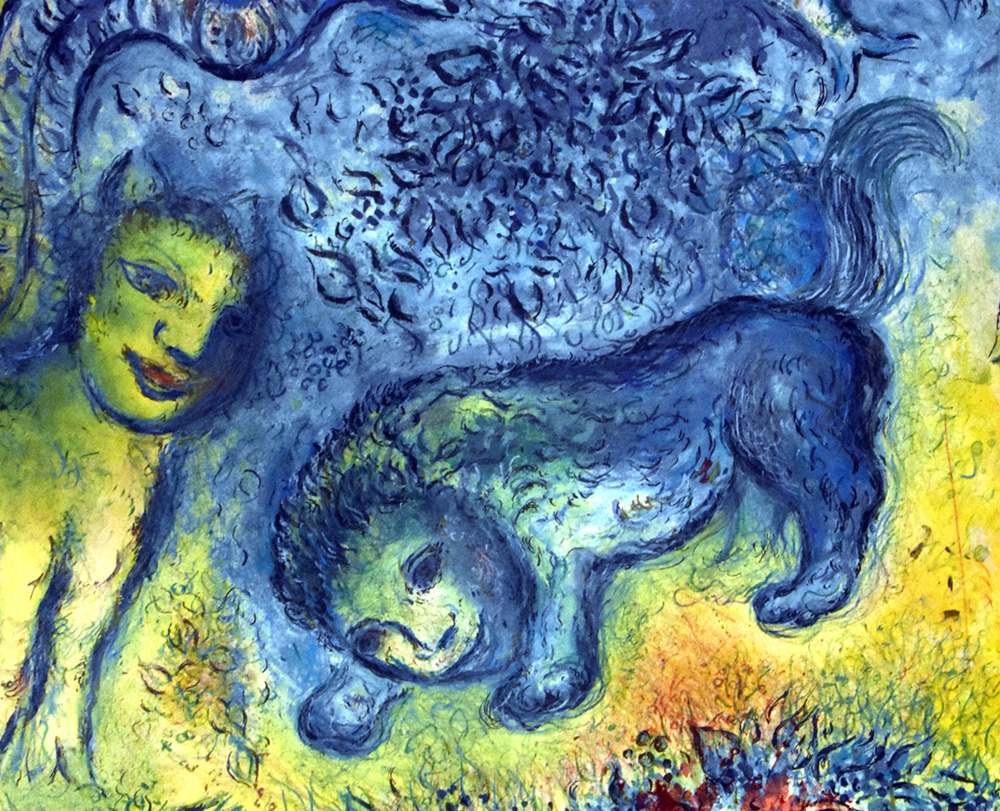 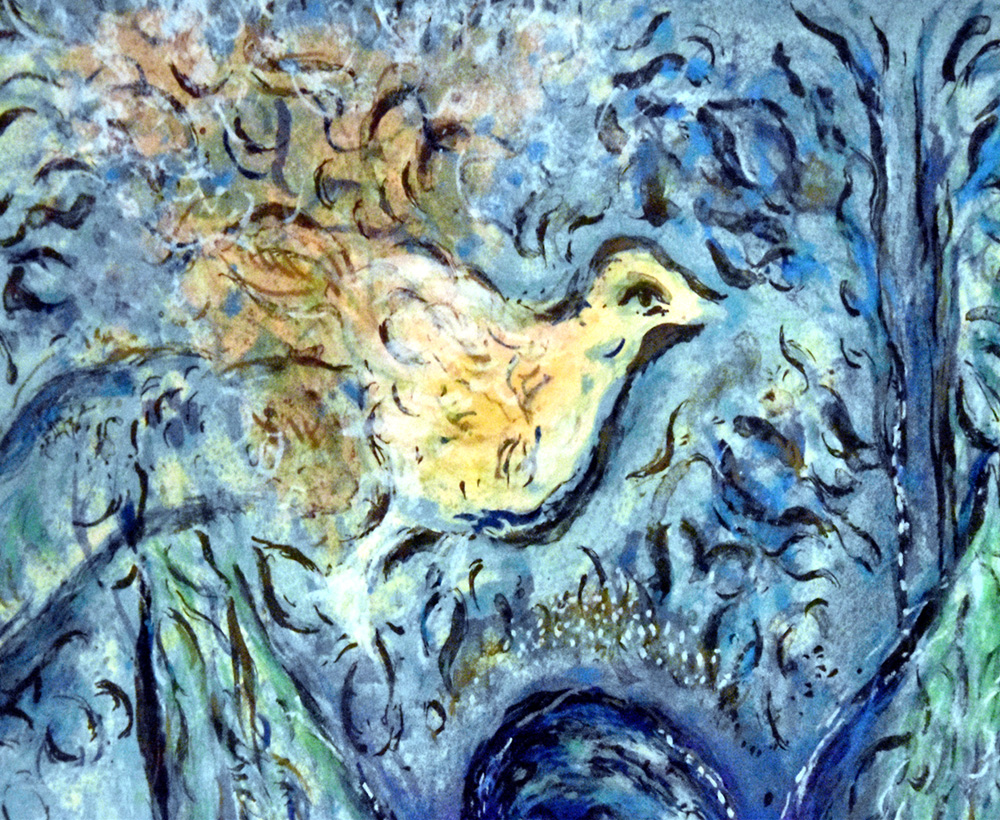 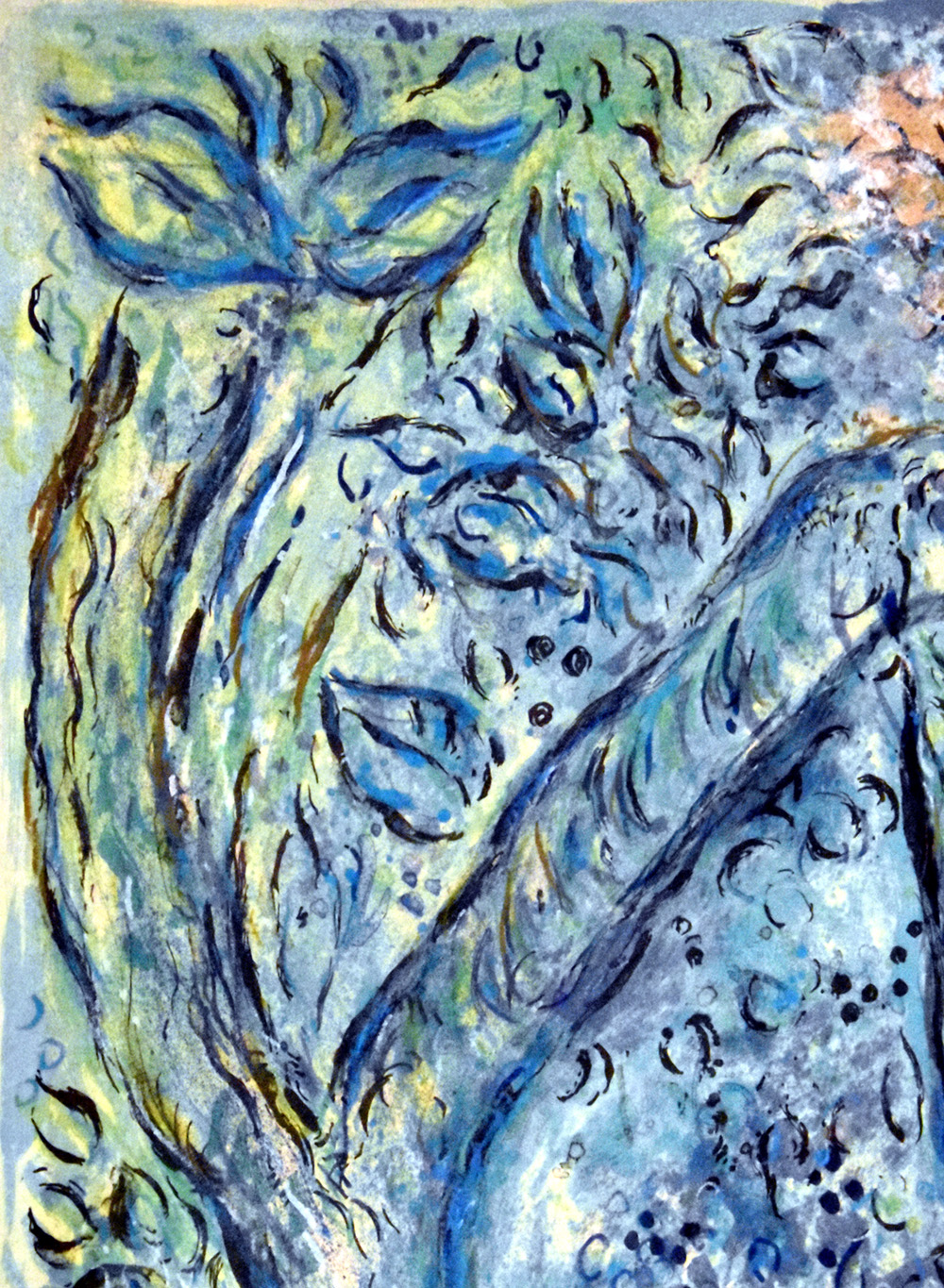 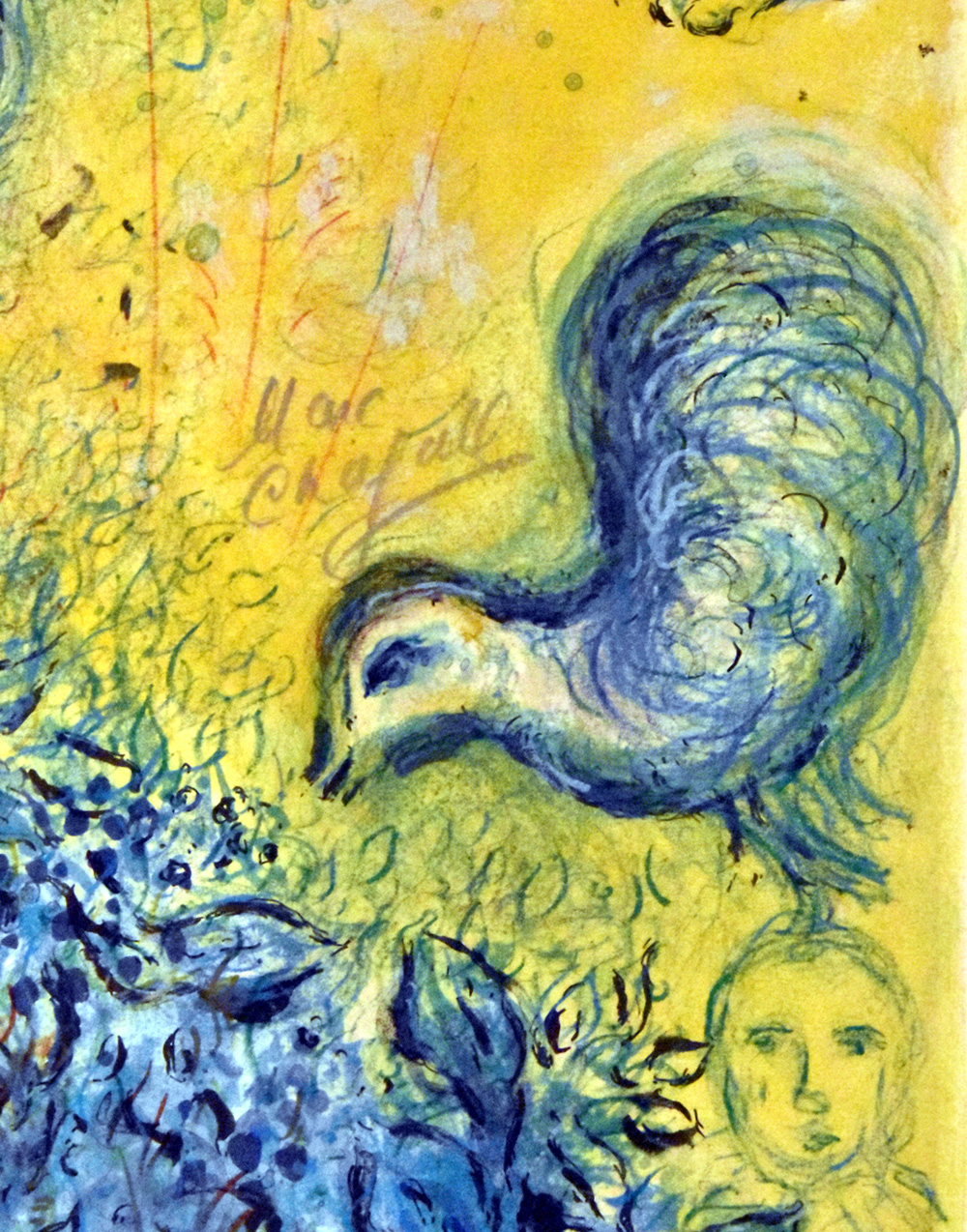 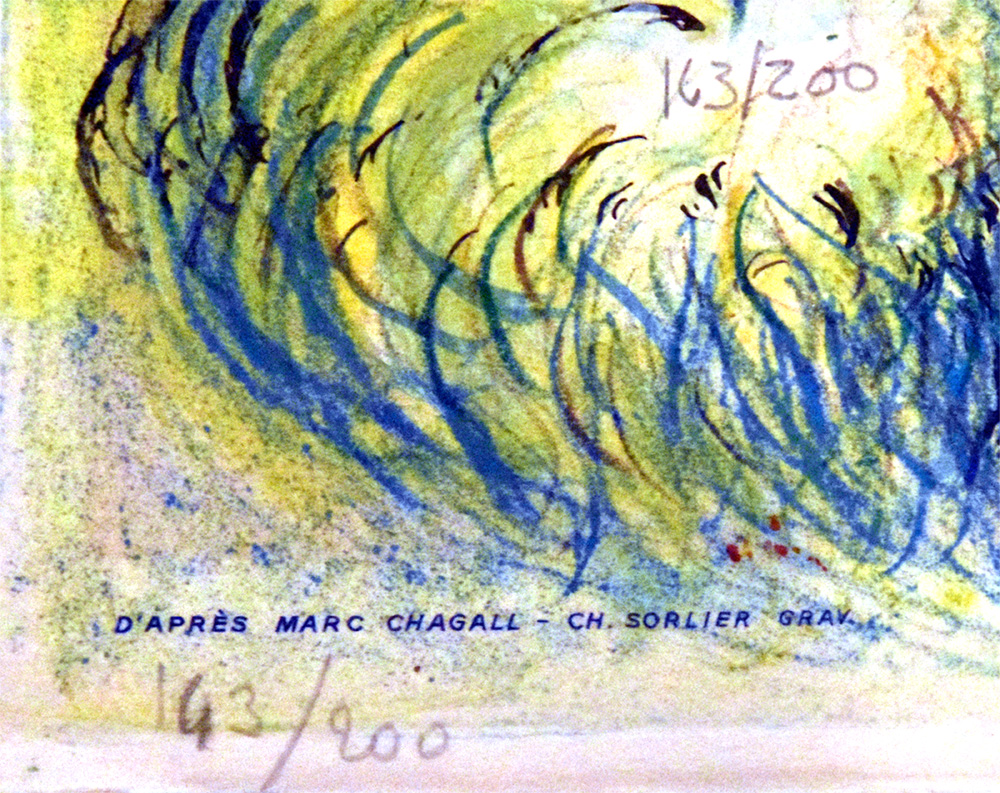 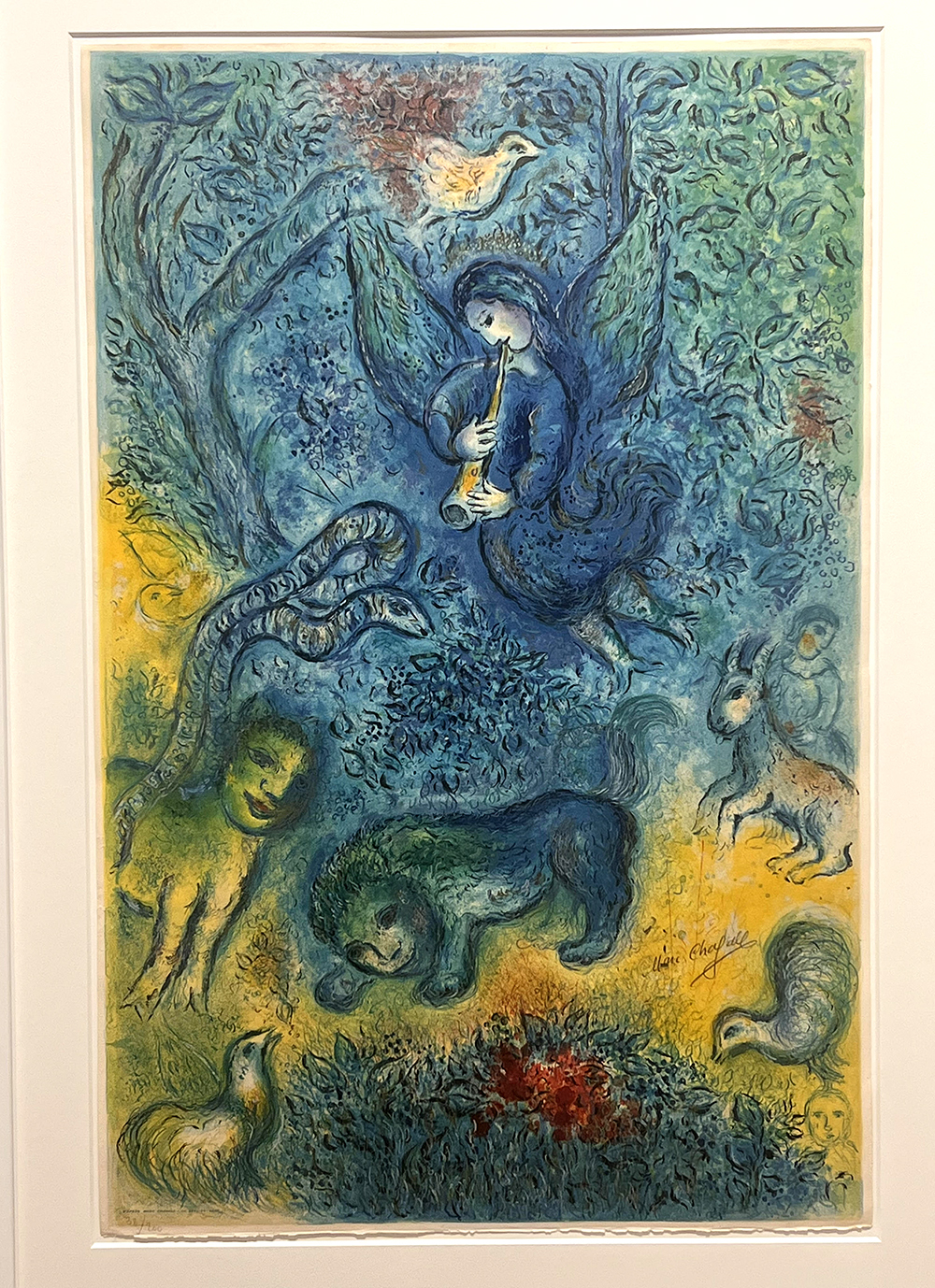 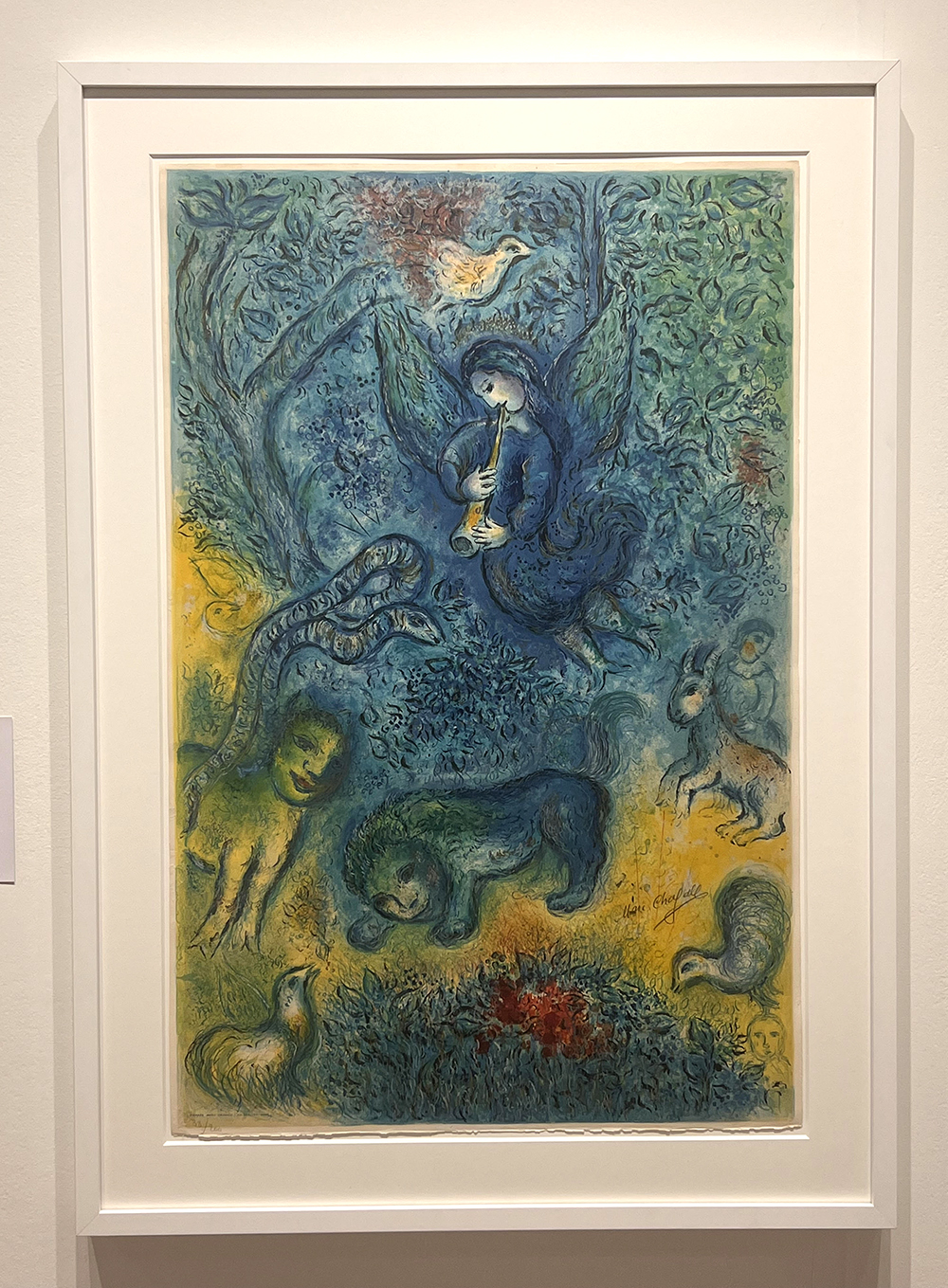 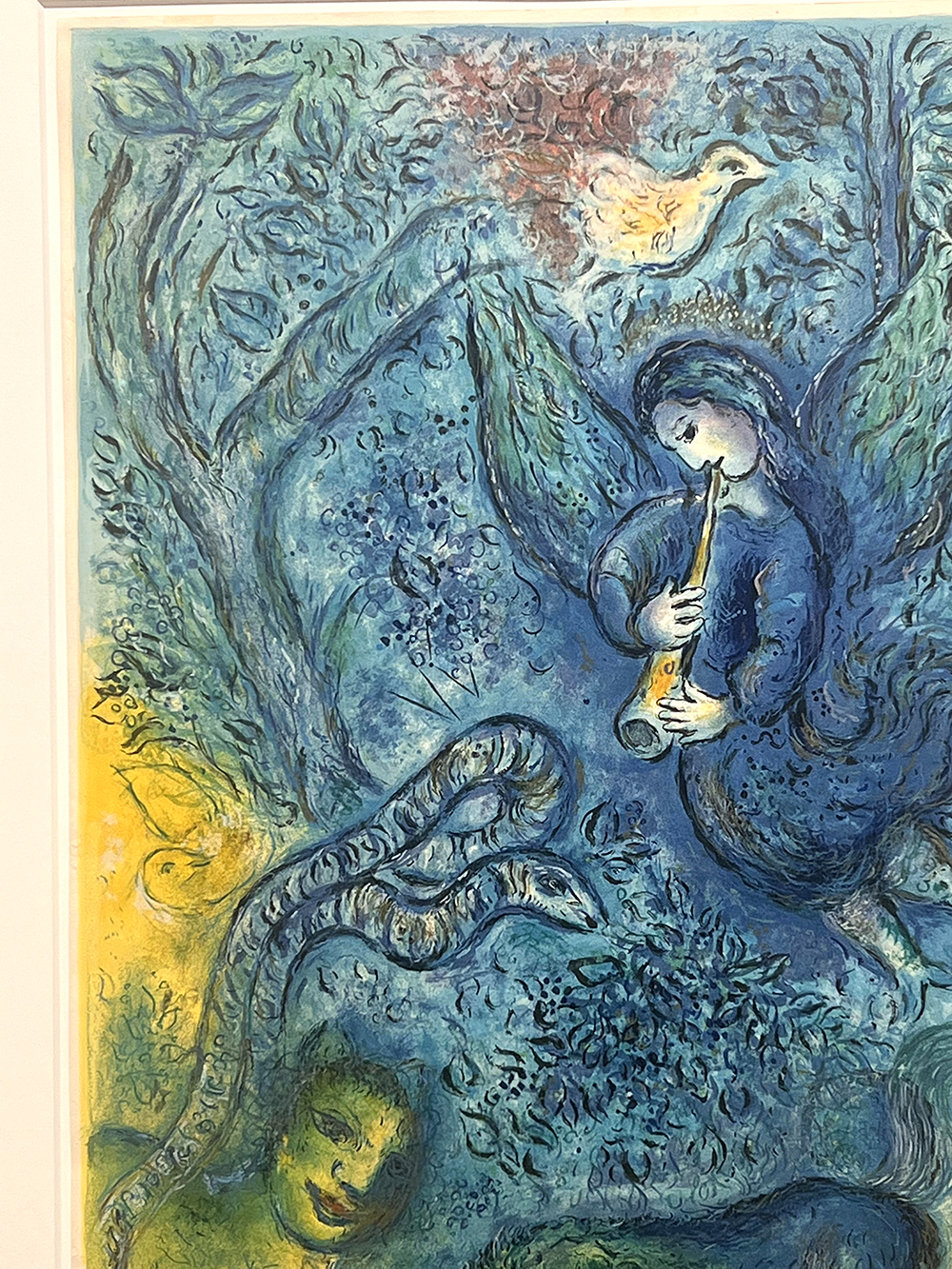 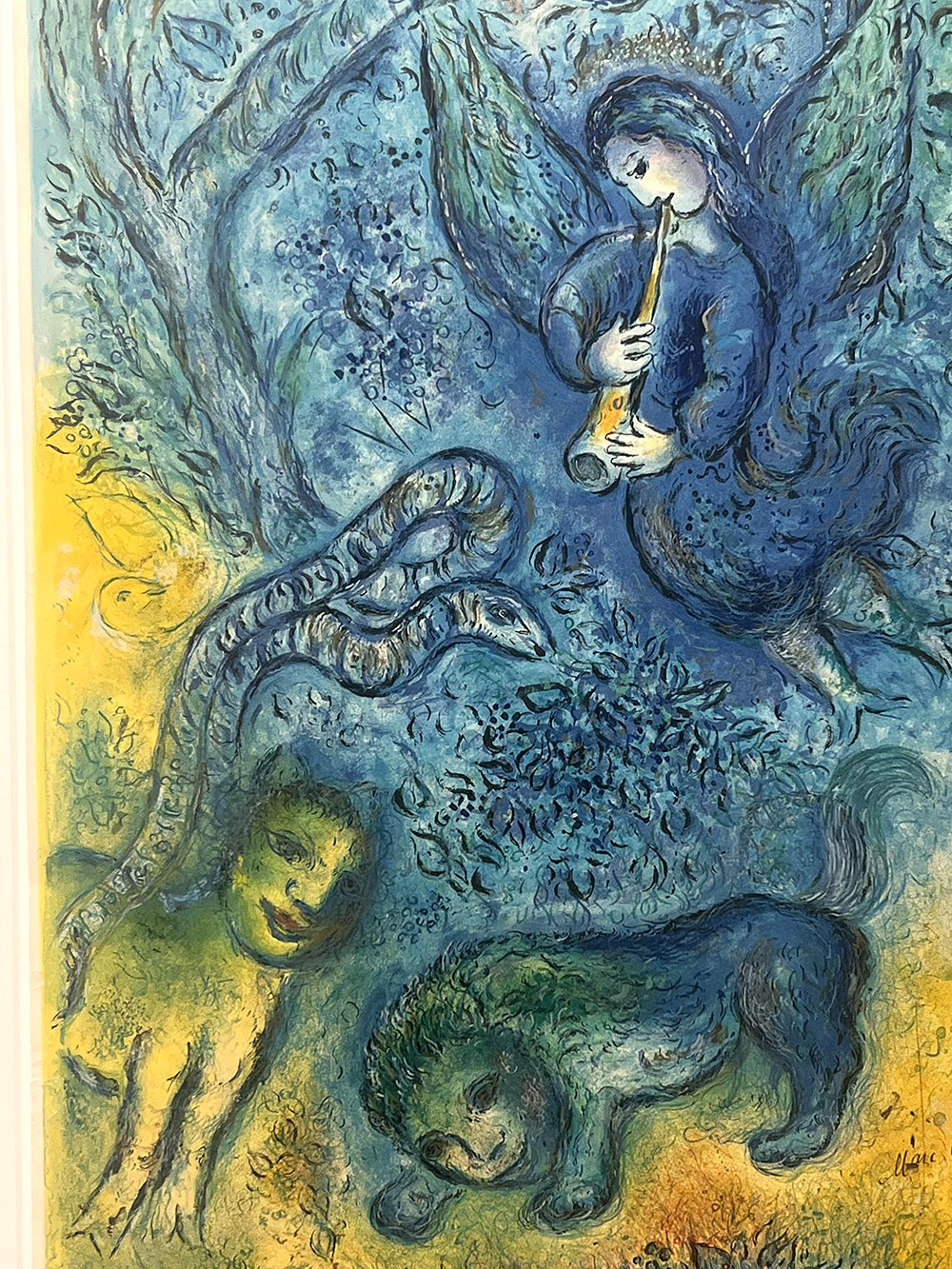 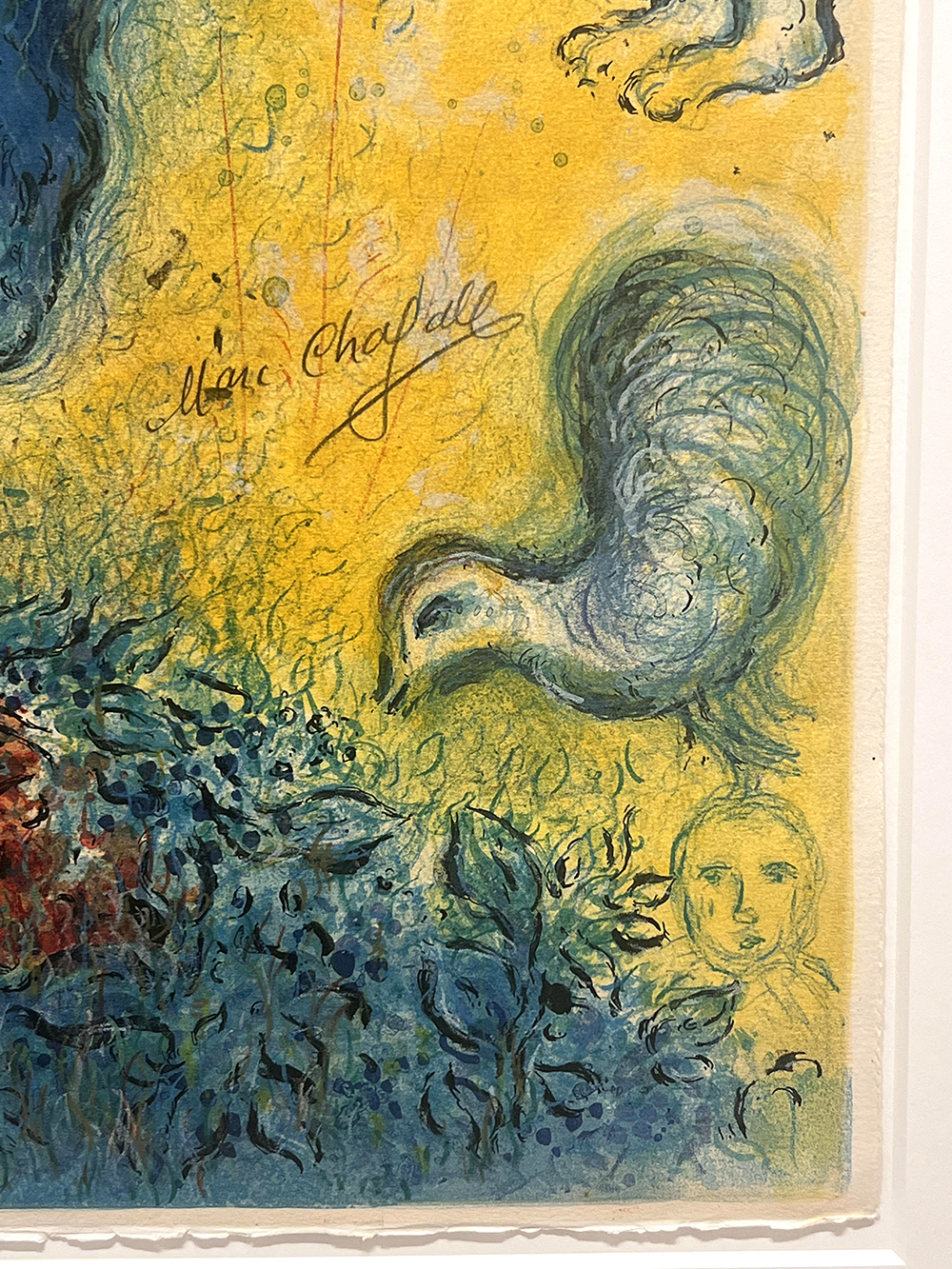 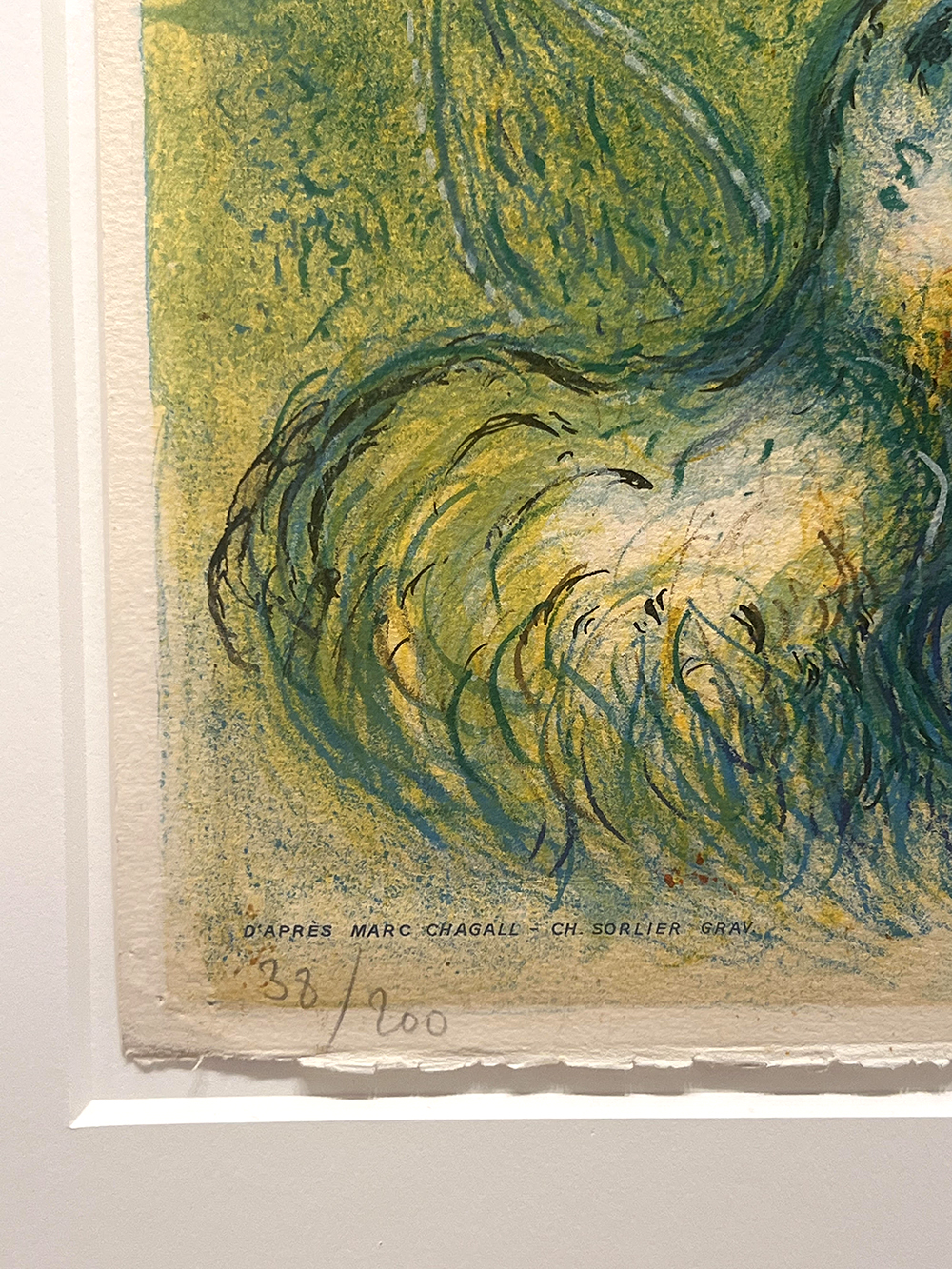 After Marc Chagall La flûte enchantée (The Magic Flute), 1967, considered by many to be amongst Chagall’s best graphic works, truly enchants all who gaze upon it. Chagall is perhaps best known for his incredible control and use of color in his art. Here, we have an exquisite demonstration of Chagall’s capabilities. Rich, deep blue hues pour over the lithograph, with brilliant patches of sunny yellows, and organic greens. The colors are poetic, and impart romantic feeling into this image. A blue angel floats in the middle of the composition, delicately playing a flute – the flute. The music that inspired this piece comes through strongly in the melodic lines and highly saturated colors. Created in 1967, this work was inspired by a performance of Mozart’s The Magic Flute in which he created the sets and costume shown on the stage of the Metropolitan Opera House of New York. Created after the maquette for Chagall’s “Triumph of Music,” a series of 2 large-scale decorations created for the Metropolitan Opera House in New York (one being Carmen, the other, The Magic Flute).

Catalogue Raisonné & COA:
Marc Chagall The Magic Flute (La flûte enchantée), 1967 is fully documented and referenced in the below catalogue raisonnés and texts (copies will be enclosed as added documentation with the invoices that will accompany the sale of the work).

About the Framing:
Framed to museum-grade, conservation standards, Marc Chagall The Magic Flute (La flûte enchantée), 1967 is presented in a complementary moulding and finished with silk-wrapped mats and optical grade Plexiglas.