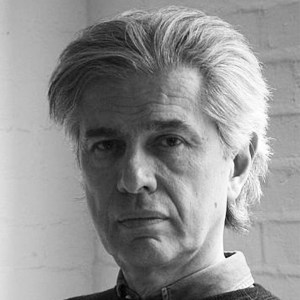 Known for his paintings and prints of athletes, musicians, and sporting events, LeRoy Neiman packs his works full of color and movement making for a bright oeuvre of dynamic Neiman prints and paintings.

Have one to sell? Sell LeRoy Neiman fine art with us

Sell LeRoy Neiman artwork with us. We will research its value and popularity for you.

Born LeRoy Runquist on June 8th, 1921 in St. Paul, Minnesota, LeRoy Neiman took the surname of his stepfather after his biological father left when Neiman was a young child. Neiman attended a Roman Catholic primary school, where he was already popular for his drawing. During recess, Neiman would draw temporary tattoos in ink on the arms of his classmates. As a teenager, Neiman earned money by sketching for local grocery stores. He cleverly gained even more clout with the owners by drawing their portraits as well. Neiman was drafted into the army in 1942 where he served as a cook. In his spare time, Neiman continued to paint; he made murals on the walls of the mess house that delighted all. After World War II, Neiman was stationed in Germany for some time. The Army’s Special Services Division set Neiman up painting sets for Red Cross shows.

Returning home to Minnesota, Neiman briefly attended the St. Paul School of Art before switching to study at the School of the Art Institute of Chicago. After graduating he remained there, teaching figure drawing and fashion illustration throughout the 50’s. During the same time he was working freelance for the Carson Pirie Scott department store in Chicago. While he was working there he would meet two people who would greatly influence his life. The first was Janet Byrne, whom he later married in 1957. The second was Hugh Hefner, at the time working as a copywriter for the department store. When the pair ran into each other a few months later, Hefner got Neiman a job illustrating for the magazine. The subject of his illustrations was leisure around the world. In addition to illustrations for the magazine, Neiman was also contracted to paint murals for the Playboy clubs around the world.

But perhaps Neiman is most famous for his dynamic and colorful sports drawings. Because no one had entered the field of sport art, Neiman was free to do as he pleased. Using vibrant colors, Neiman depicted some of the most famous athletes and sporting events of the time. The first Olympics he worked for were the winter games in Squaw Valley in 1960. He continued working as illustrator for the Olympics in Munich 1972, Montreal 1976, Lake Placid 1980, and both Sarajevo and Los Angeles in 1984. A prolific painter, Neiman is celebrated and remembered for his dramatic and lively contributions.