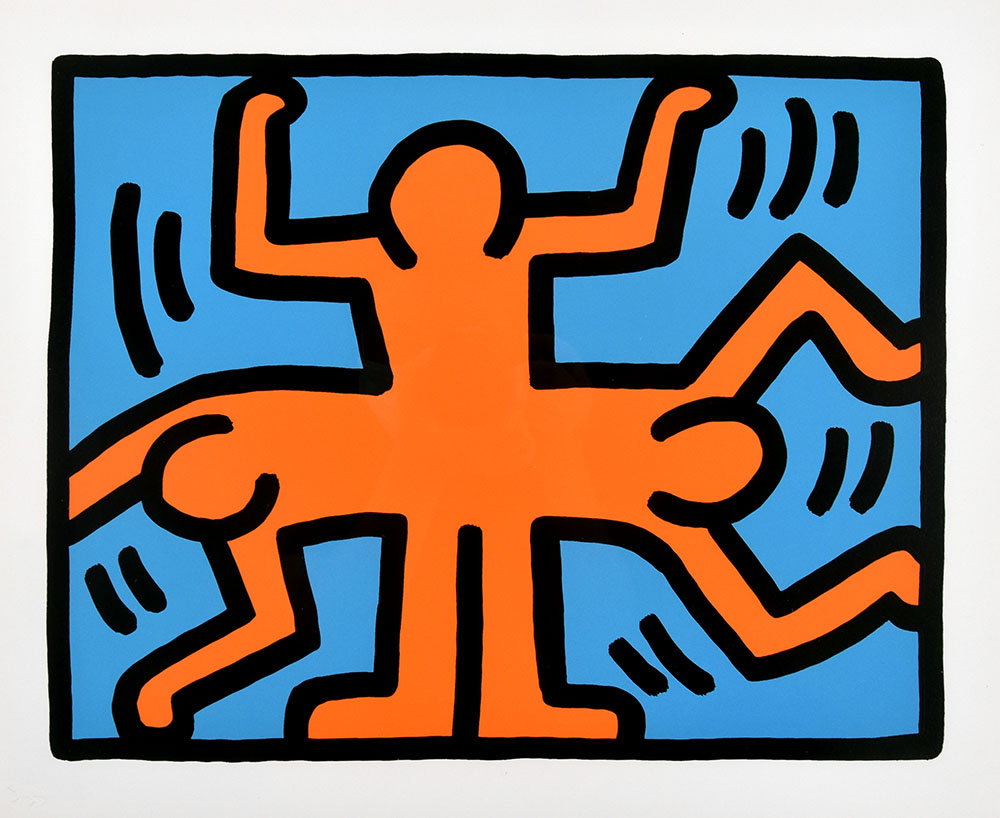 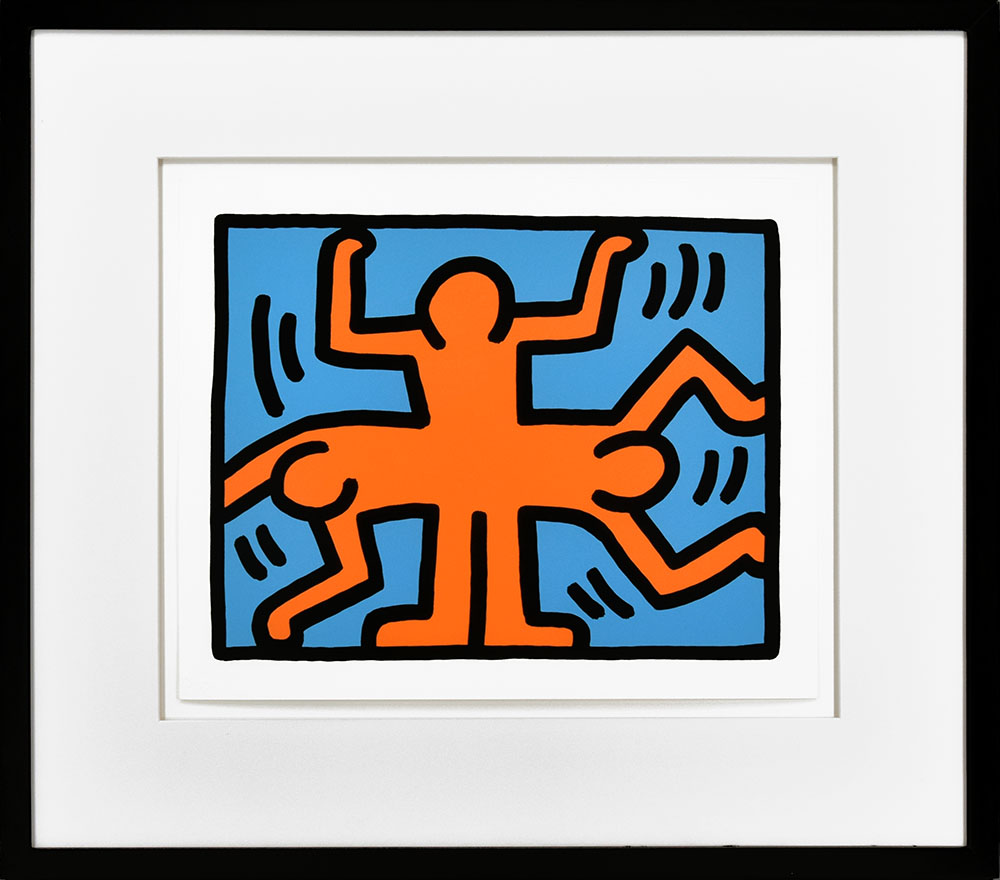 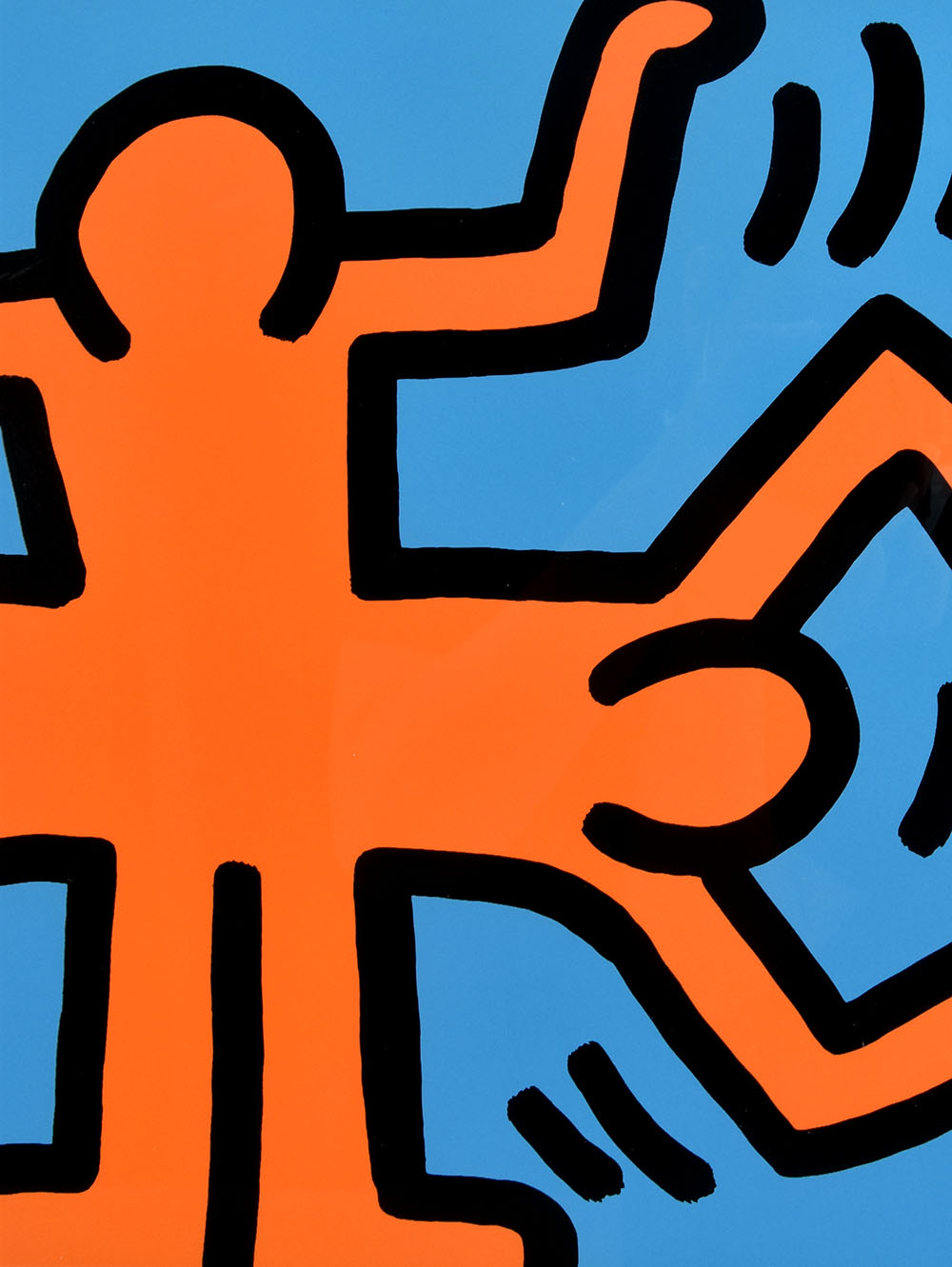 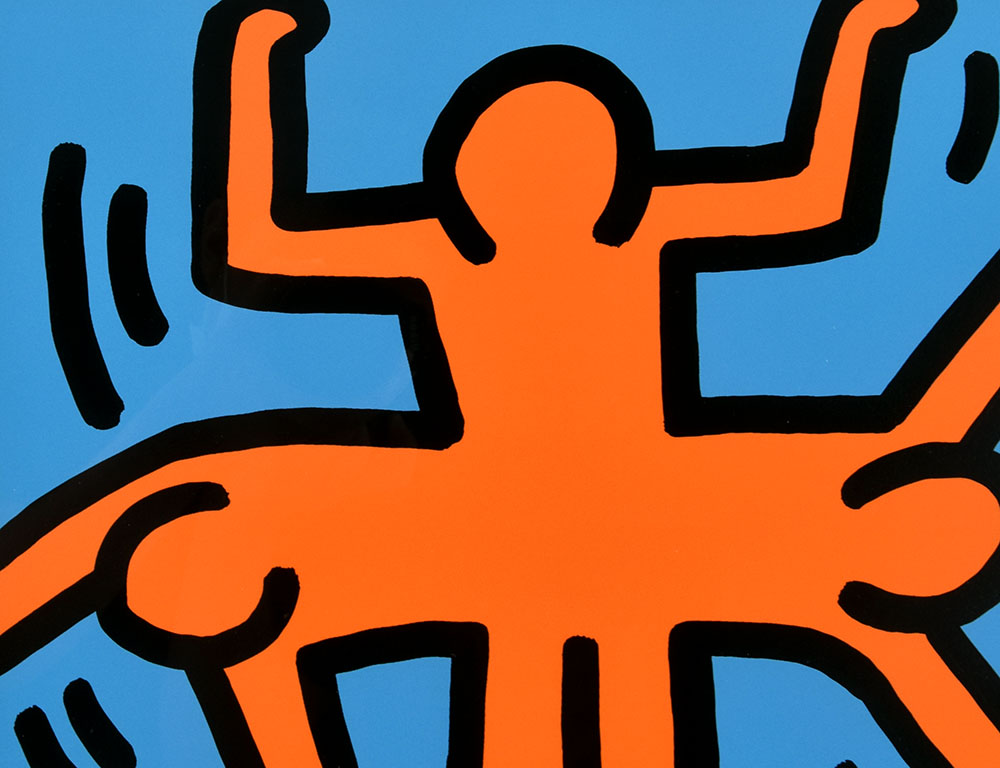 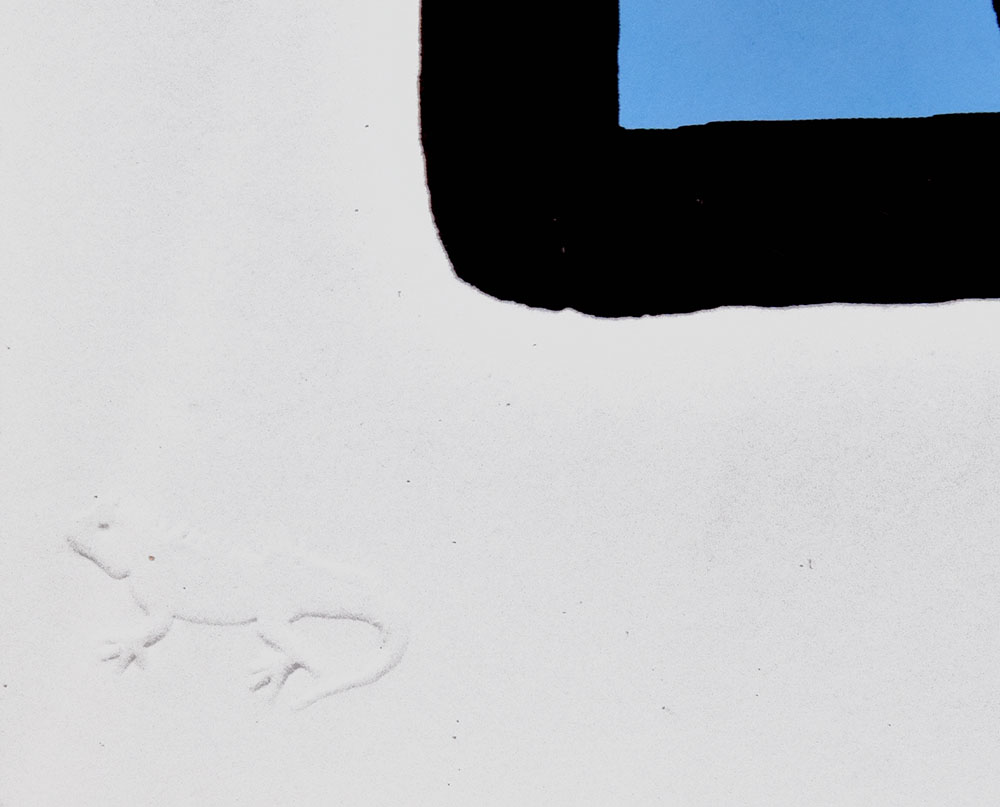 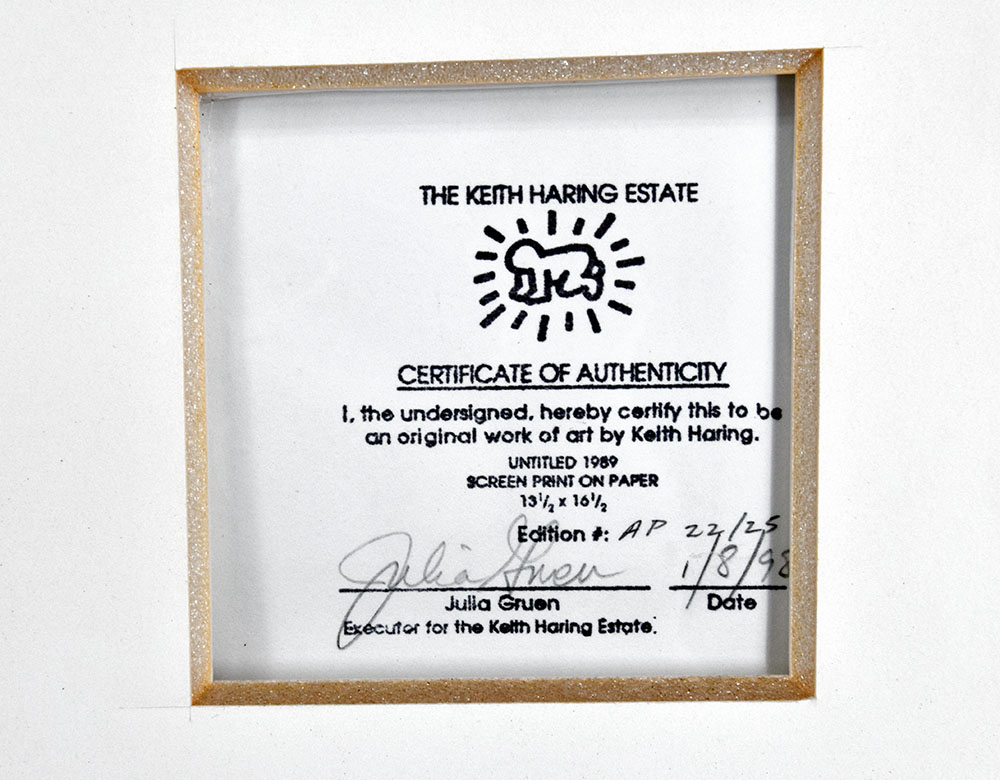 Keith Haring Pop Shop VI (Plate 4), 1989 is the fourth and final installment of the artist’s Pop Shop VI portfolio of 1989. In this work, Haring illustrates three of his signature figures in burnt orange against an opaque blue background. The unnatural figure featured in the center of the composition is made up of three human like bodies. Two torsos with heads and flailing arms seem to grow out of the main figure’s waist, creating a surreal amalgamation of human bodies. There is an energy and sense of movement in the work, with the arms waving about the composition. Haring created multiple Pop Shop portfolios during the span of his career and derived the name from the original Pop Shop that he opened in a retail space in downtown New York in 1986. This shop was opened with the intention of making the artist’s work accessible to the general public, and this accessibility is an explicitly Pop sentiment.

Created in 1989, this work is signed and numbered out of the edition of 200 in pencil by Julia Gruen (Executor for the Keith Haring Estate) on a stamped Certificate of Authenticity on the reverse (there were also 25 artist's proofs), published by the artist (with an iguana blindstamp).

Catalogue Raisonné & COA:
Keith Haring Pop Shop VI (Plate 4), from the Pop Shop VI Portfolio, 1989 is fully documented and referenced in the below catalogue raisonnés and texts (copies will be enclosed as added documentation with the invoices that will accompany the sale of the work).

1. Klaus Littman. Keith Haring: Editions on Paper 1982-1990, The Complete Printed Works. New York: Hatje Cantz Publishers, 1993. Listed and illustrated on pgs. 143 and 151.
2. A Certificate of Authenticity will accompany this artwork.

About the Framing:
Framed to museum-grade, conservation standards, Keith Haring Pop Shop VI (Plate 4), from the Pop Shop VI Portfolio, 1989 is presented in a complementary moulding and finished with silk-wrapped mats and optical grade Plexiglas.