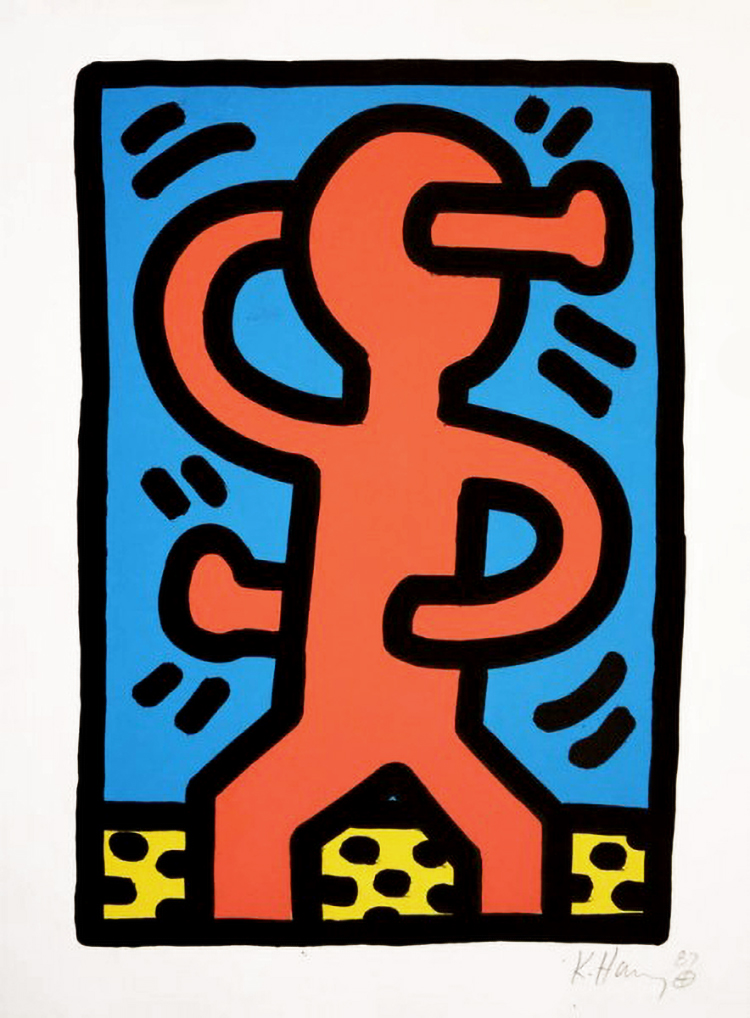 Keith Haring Untitled (Plate 1), 1987 is a playful work from the height of the artist’s career. It retains a naïve, hand-drawn quality that is emphasized by its small size as well as the artist’s use of lithography. Its background is composed of a plain blue sky and a yellow ground accentuated with several short, bold black lines. A figure rendered in solid red and a pronounced black contour is placed on top of this backdrop; it stands with its knees bent and two winding arms. The arm on the right extends toward the right edge of the composition and circles back to penetrate the form’s abdomen and come out of the other side. The arm on the left side similarly extends to the left edge of the composition and bends back toward the right to pierce through the center of the figure’s head. The entire figure is surrounded by black action lines that symbolize movement of the arms an direct the viewer’s eye around the work.

Catalogue Raisonné & COA:
Keith Haring Untitled (Plate 1), 1987 is fully documented and referenced in the below catalogue raisonnés and texts (copies will be enclosed as added documentation with the invoices that will accompany the sale of the work).

About the Framing:
Framed to museum-grade, conservation standards, Keith Haring Untitled (Plate 1), 1987 is presented in a complementary moulding and finished with silk-wrapped mats and optical grade Plexiglas.