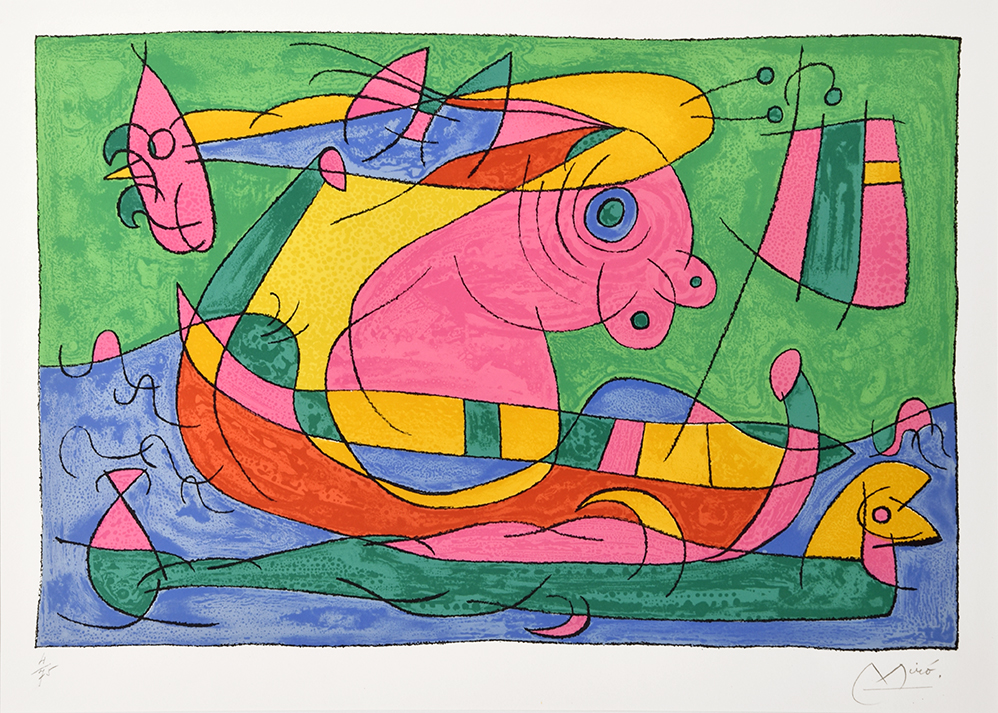 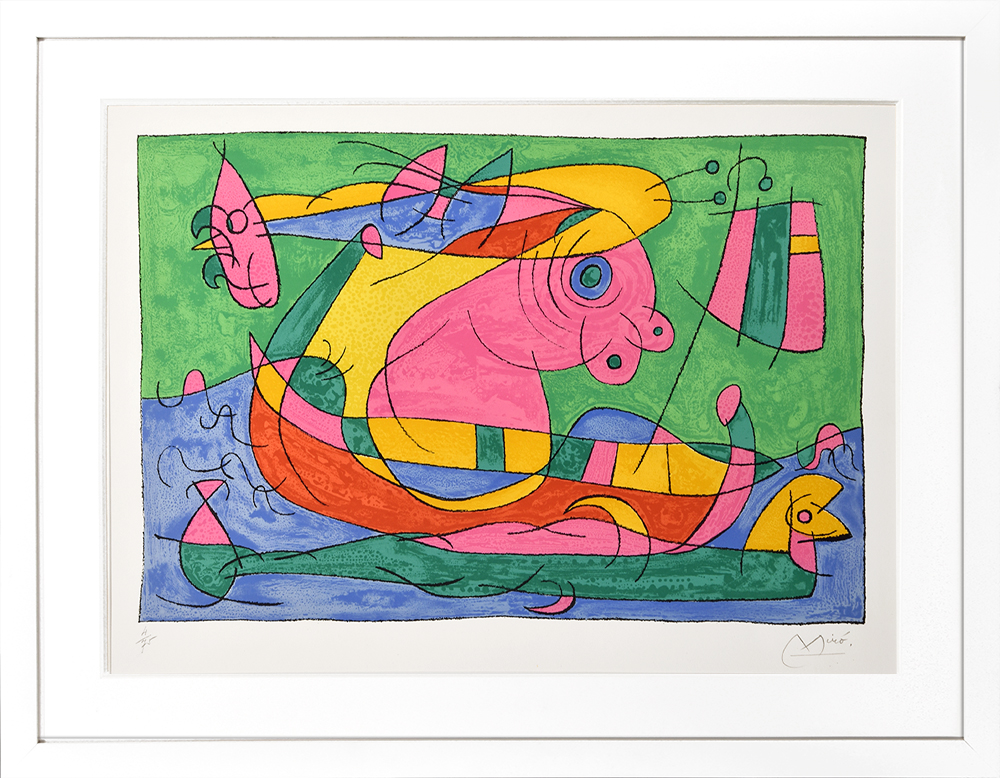 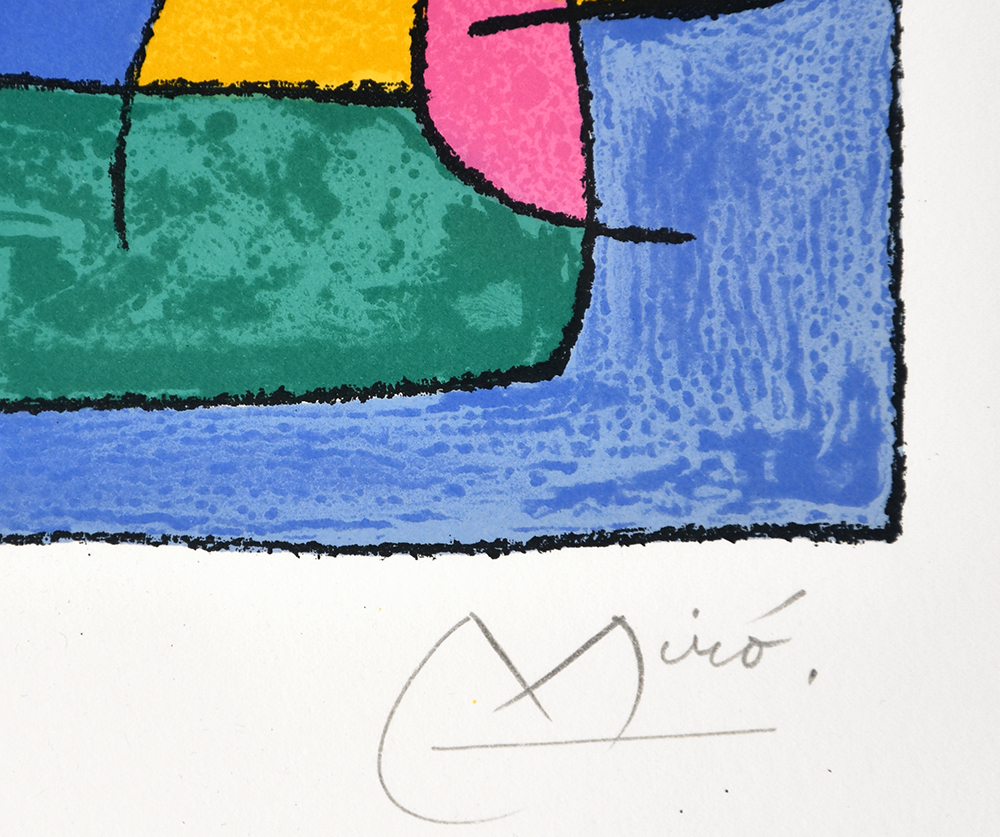 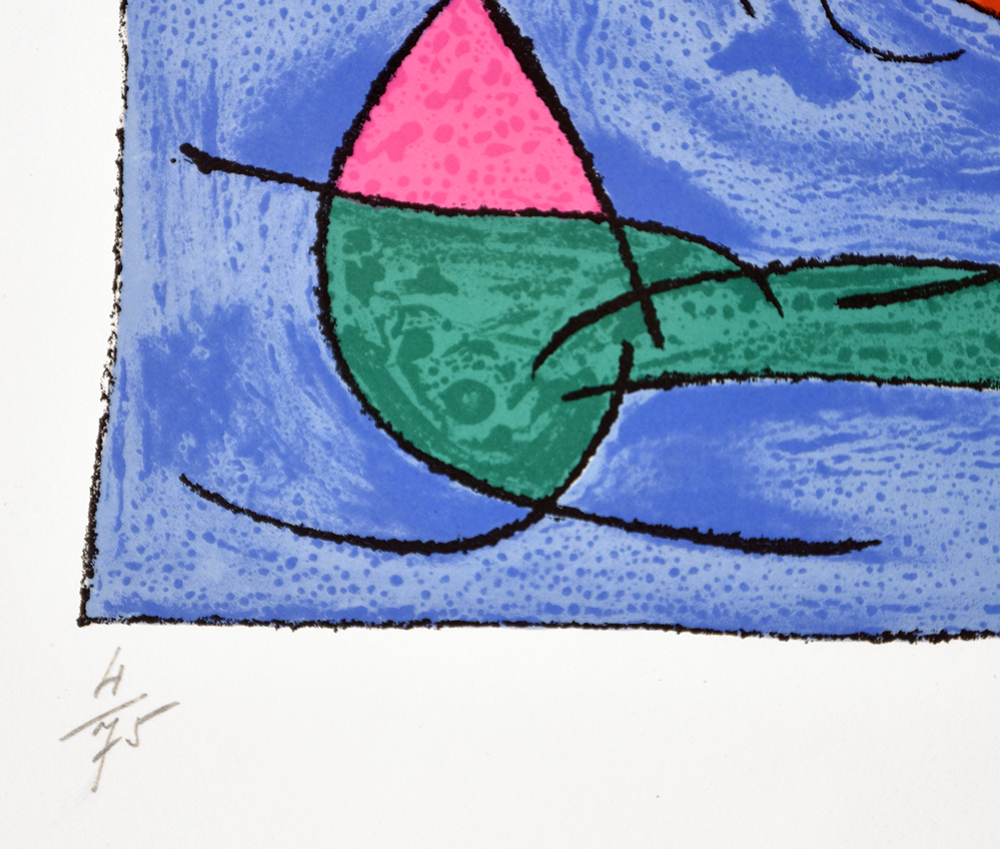 In Miró King Ubu (Ubu Roi) from Suites pour Ubu Roi, 1966, Miró uses his famous ability to translate the absurd into the beautiful and wonderfully illustrates the plot of the story. Miró transcends the dramatic subject matter of the play itself, portraying this scene as bursting with life, energy, and color. It appears to be an almost comic interpretation as he integrates subtle hints of a childlike, playful quality within the work. Alfred Jarry (1873-1907), the notoriously unconventional playwright wrote "Ubu Roi" as a surrealist interpretation of Shakespeare's "Macbeth." "Ubu Roi's" plot mimics that of Macbeth as we watch Pere Ubu murder a royal family, ascend to power, and flee into exile. In this piece, Miró utilizes brilliant shades of pink, yellow, green, and blue. His use of curved lines and harsh angles creates a sense of motion and conveys a hint of violent or rash action.

Created in 1966, this work is one of 13 lithographs printed in colors, signed and numbered out of an edition of 75, and part of the illustrated book, Suites Pour Ubu Roi by Alfred Jarry. This work is hand signed by Joan Miró (Barcelona, 1893 - Palma, 1983) in pencil in the lower right margin and numbered from the edition of 75 in pencil in the lower left margin. This work was printed by Mourlot, Paris and published by Tériade, Paris in 1966.

Catalogue Raisonné & COA:
Joan Miró King Ubu (Ubu Roi) from Suites pour Ubu Roi, 1966 is fully documented and referenced in the below catalogue raisonnés and texts (copies will be enclosed as added documentation with the invoices that will accompany the final sale of the work).