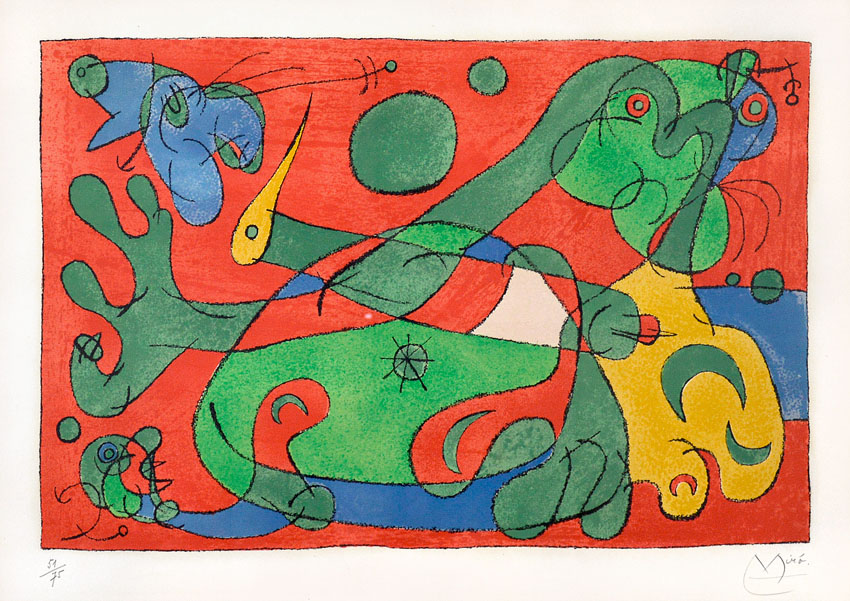 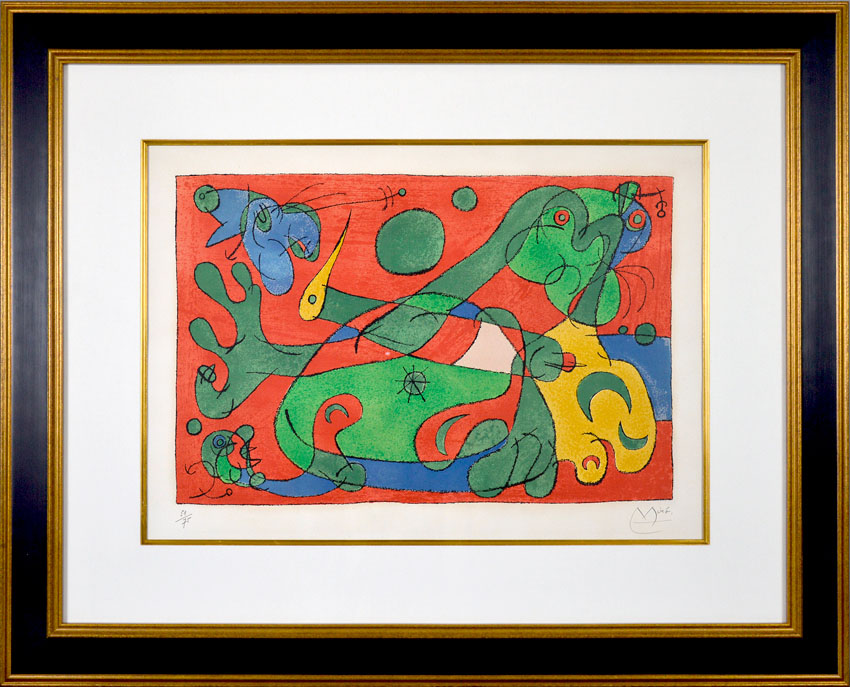 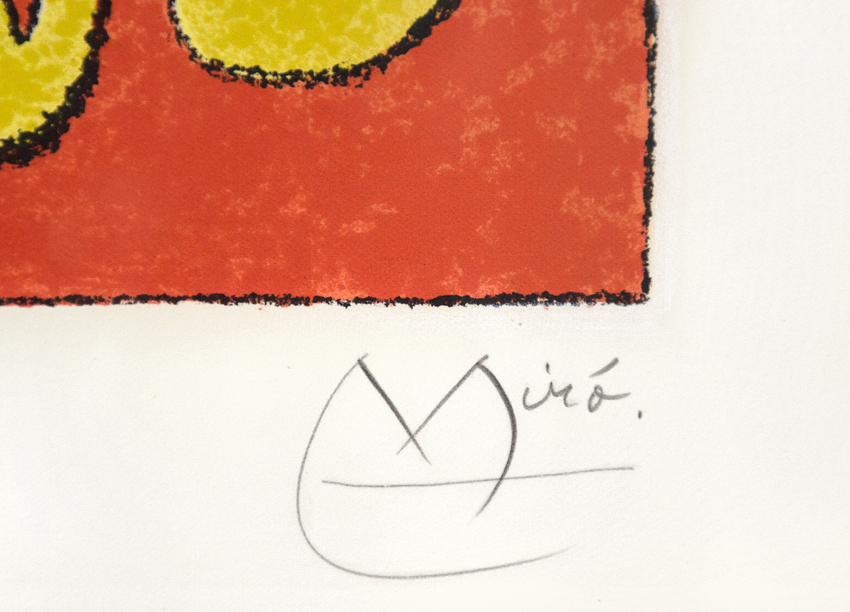 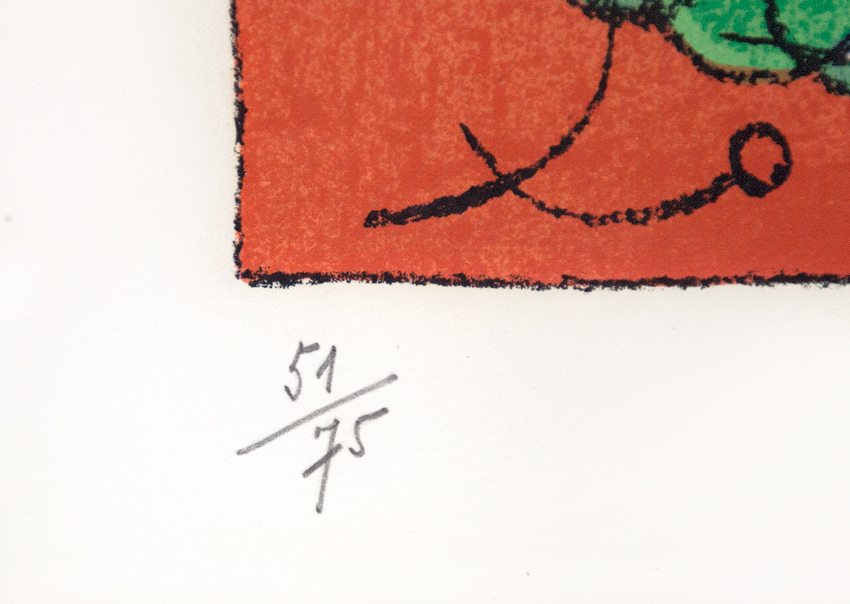 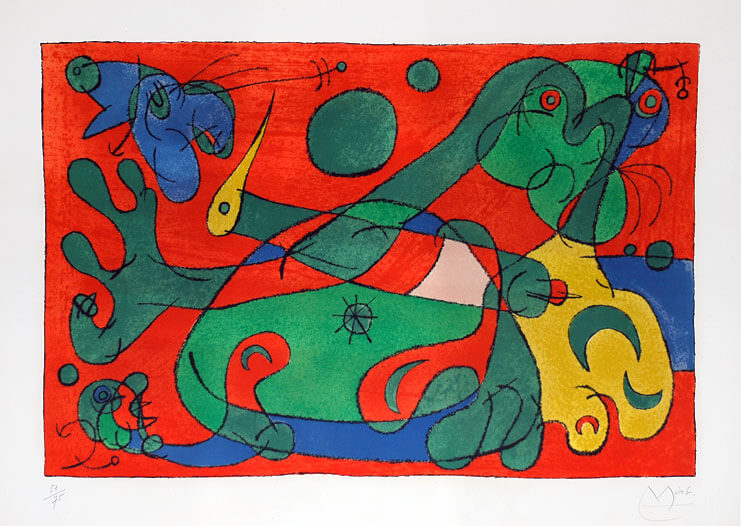 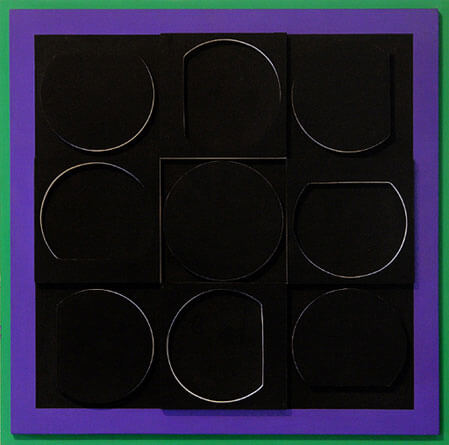 In this work, Miró uses his famous ability to translate the absurd into the beautiful and wonderfully illustrates the plot of the story.  Despite the grim and dramatic subject matter of the play itself, Miró has transcended convention, portraying this scene as bursting with life, energy, and color.  It appears to be an almost comic interpretation as he integrates subtle hints of a childlike, playful quality within the work.  Alfred Jarry (1873-1907), the notoriously unconventional playwright wrote “Ubu Roi” as a surrealist interpretation of Shakespeare’s “Macbeth.”  “Ubu Roi’s” plot mimics that of Macbeth as we watch Pere Ubu murder a royal family, ascend to power, and flee into exile.  In this piece, Miró narrates Ubu Roi’s passage into exile. Lead by his tyranny’s flag as it collects wind and gusto for the journey ahead, Ubu Roi rides his makeshift ship/serpent while accompanied by a strange bird.  Miró’s unusual color choices are particularly salient in this work, as startling pinks, soft oranges, and mint greens, burst forth onto the surface. These represent an aberration for the master engraver whose palette did not usually stray from the primary colors.

Created in 1966, this work is one of 13 lithographs printed in colors, signed and numbered out of an edition of 75. This work is hand signed by Joan Miró (1893-1983) in pencil in the lower right margin and numbered 51/75 in pencil in the lower left margin (aside from the book edition with central, vertical fold).  Printed by Mourlot, Paris, this work was published by Tériade, Paris in 1966.

About The Framing:
The layers of sculptural detailing work in tandem with the spontaneity of the piece to create a truly unique dialogue between the work and its surrounding border.  The variation in the scale of the organic, sculptural detailing and Italian-inspired motifs mimic the impulsive gesturing of the piece. Completed with white, linen-wrapped mats and a matching gold inner filled, this work is set behind an archival Plexiglas® cover.