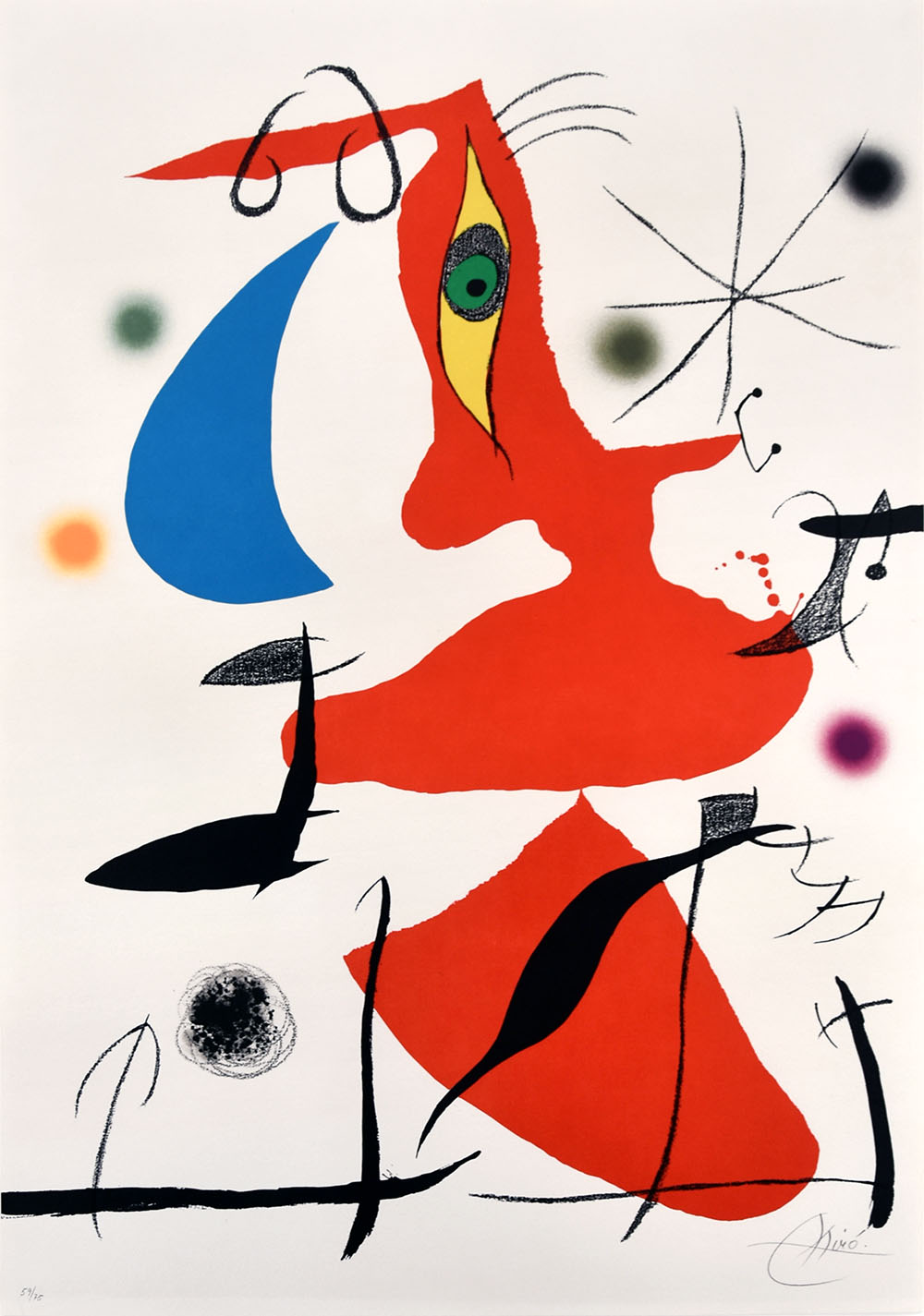 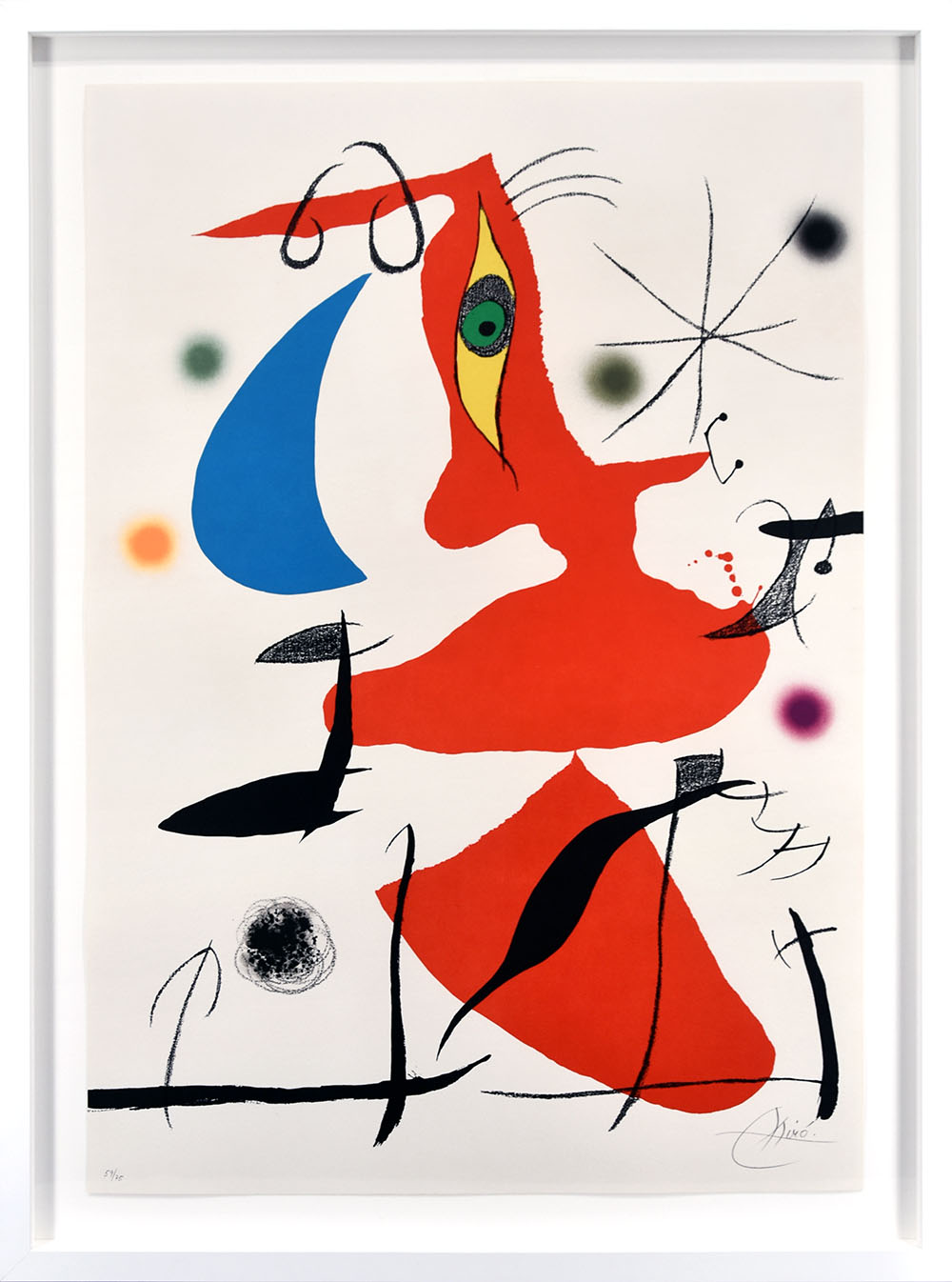 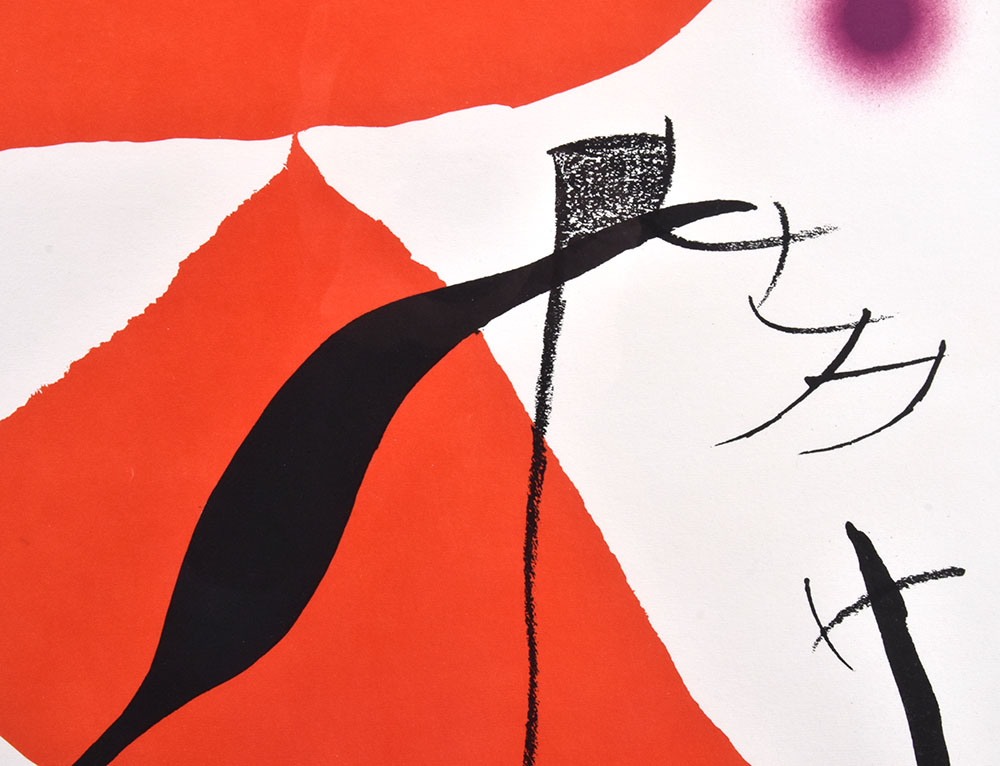 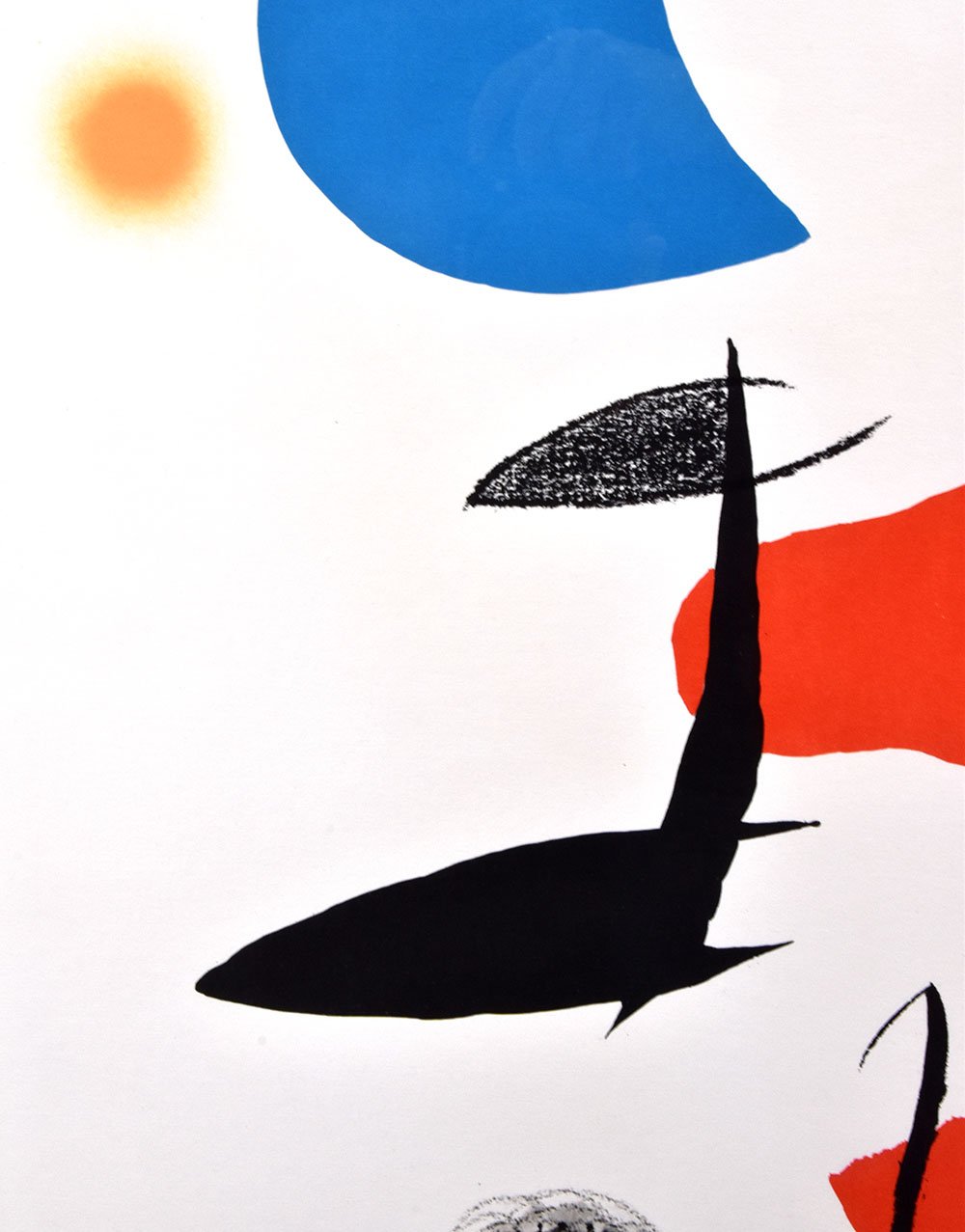 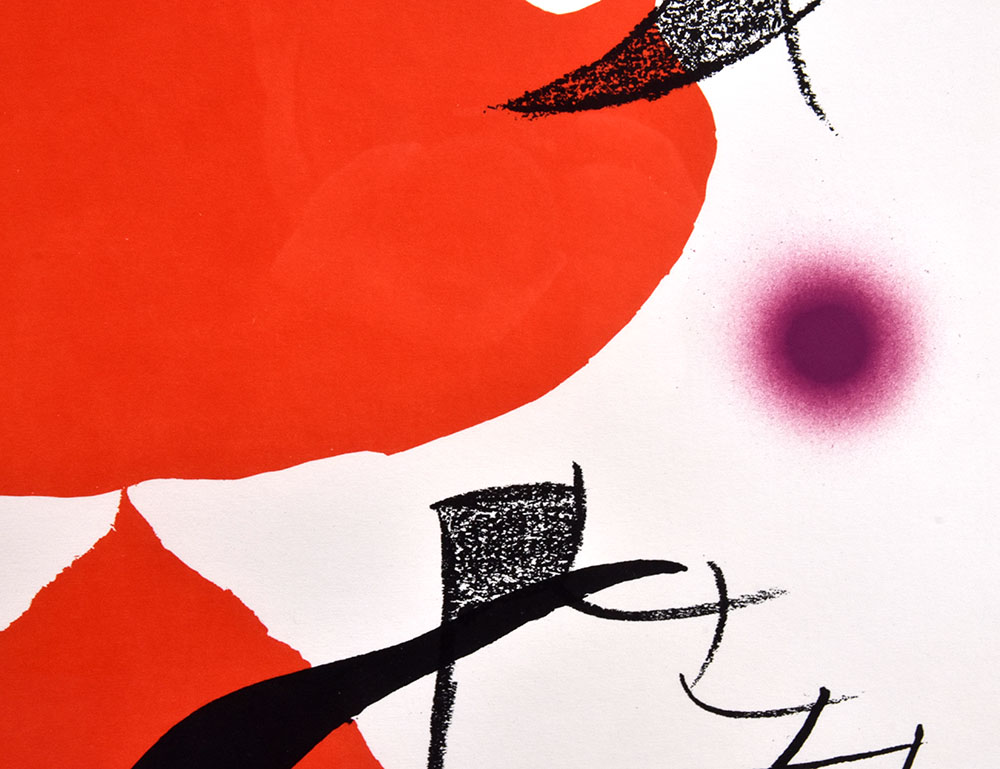 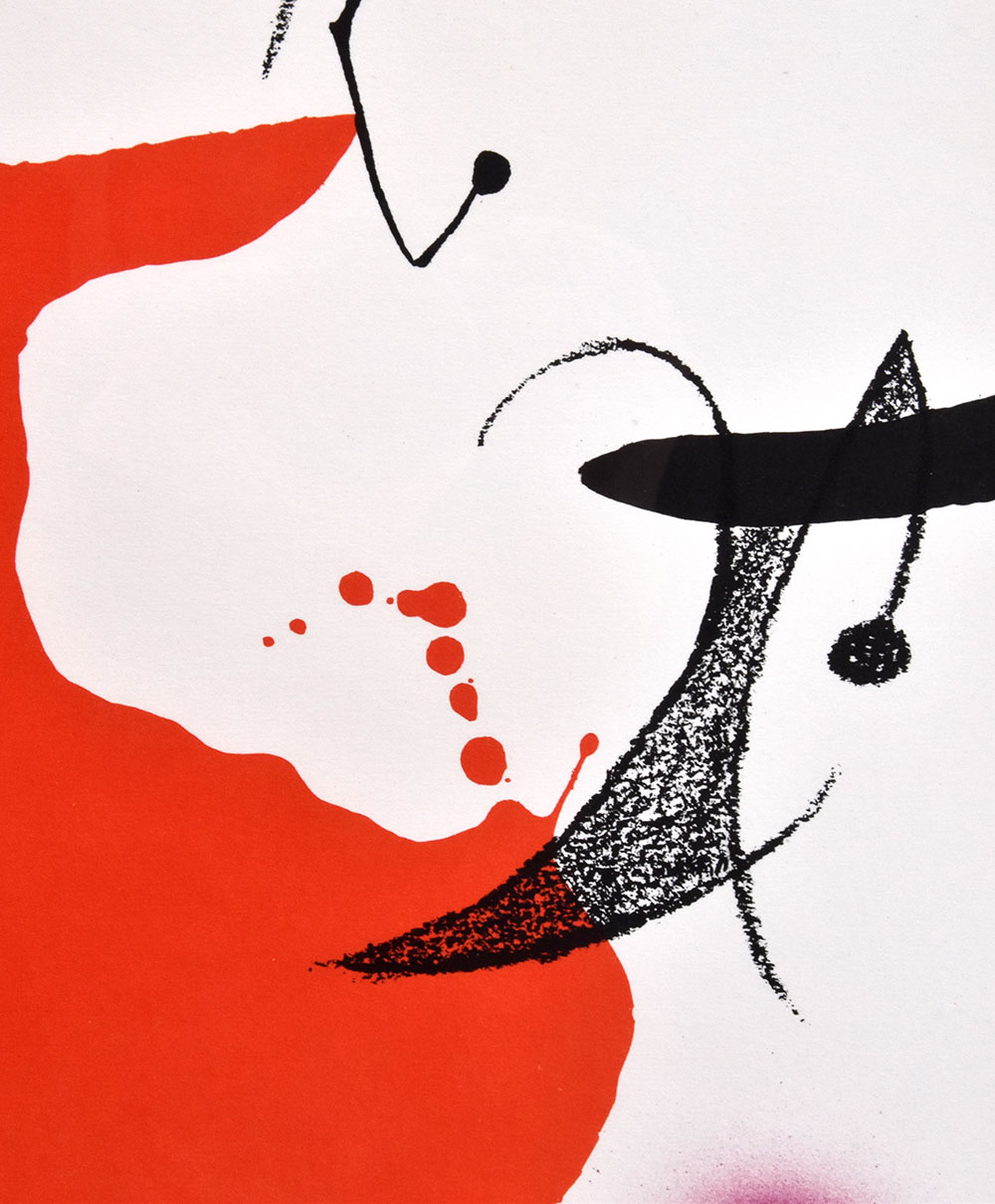 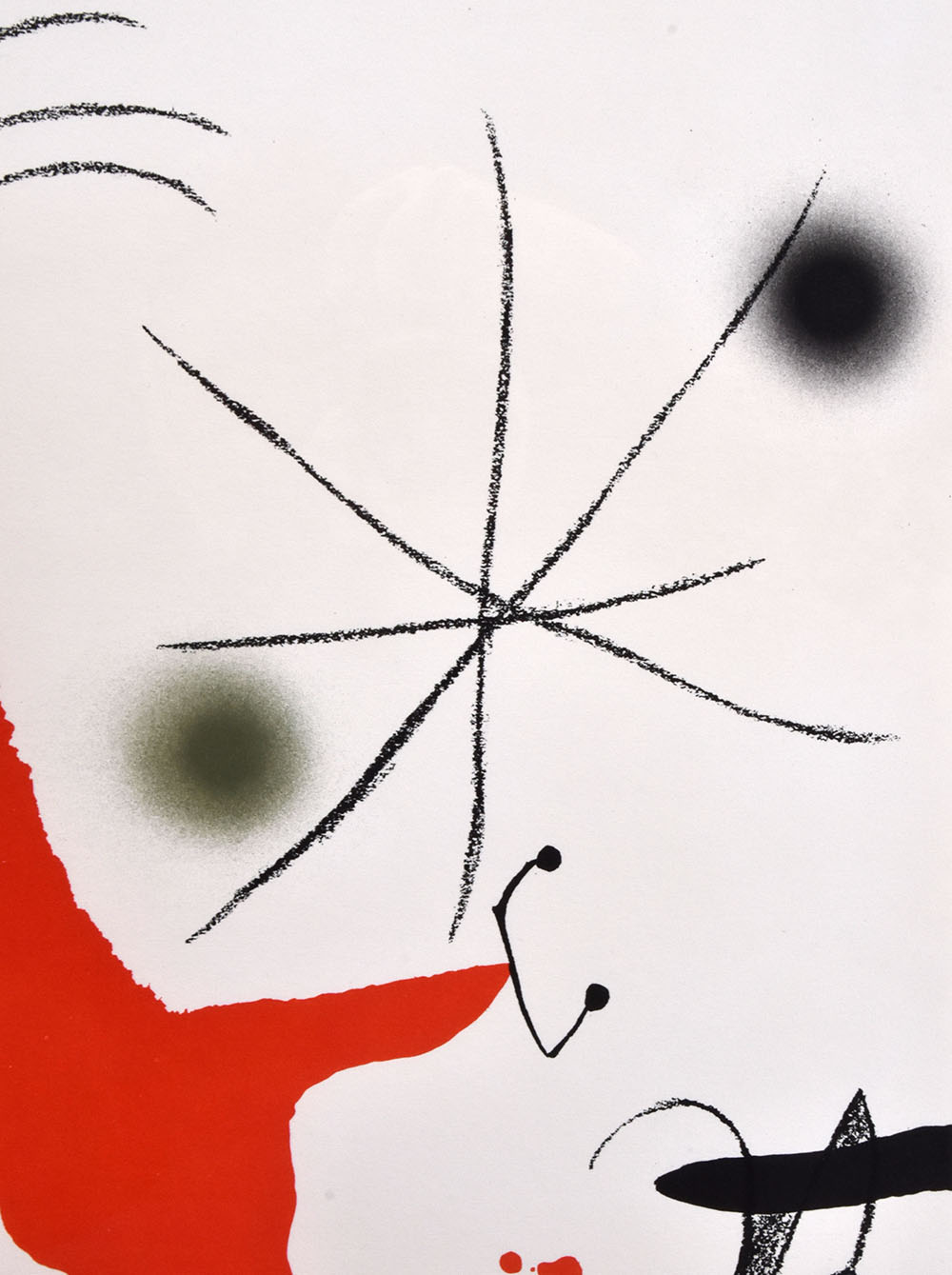 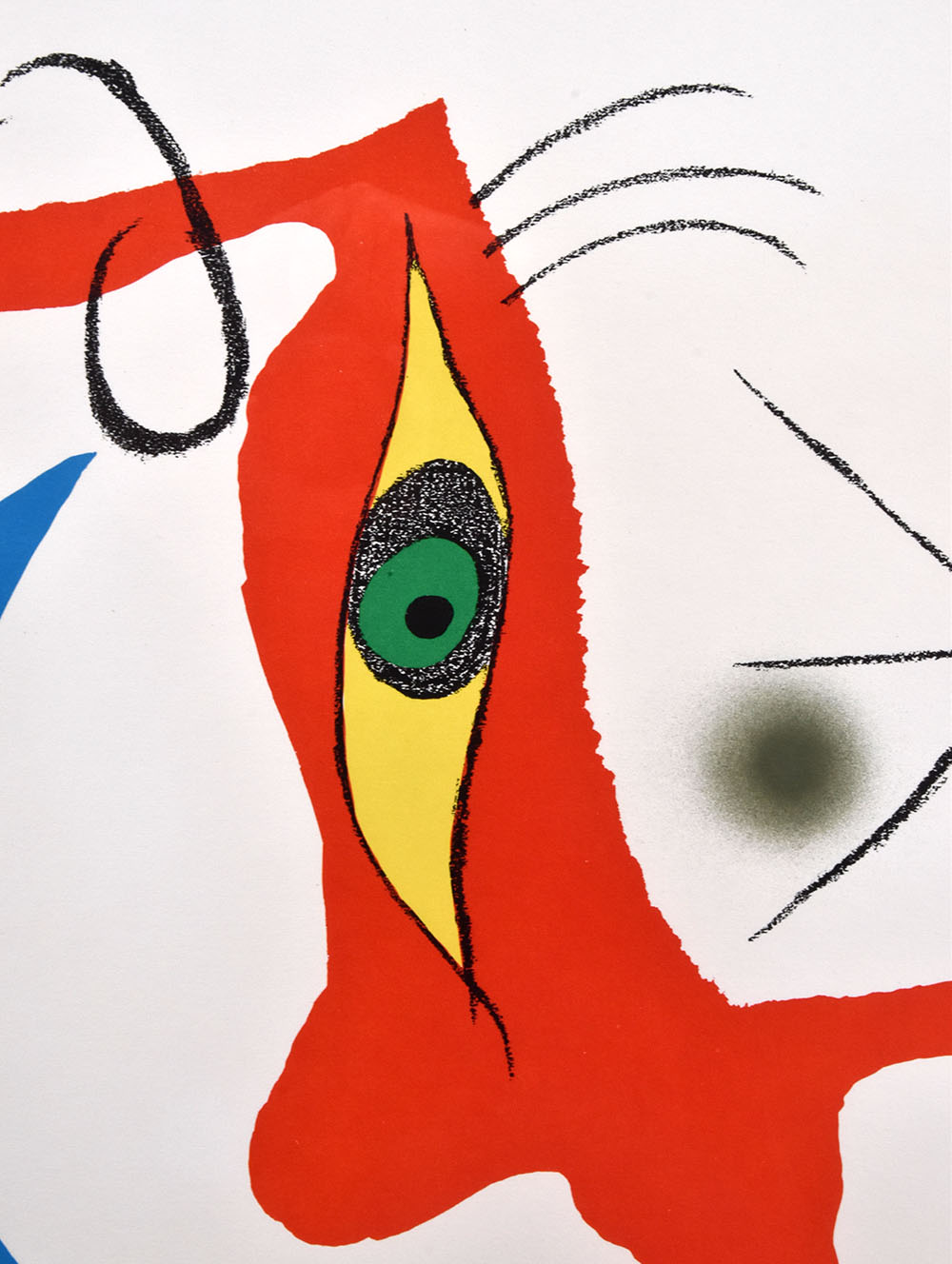 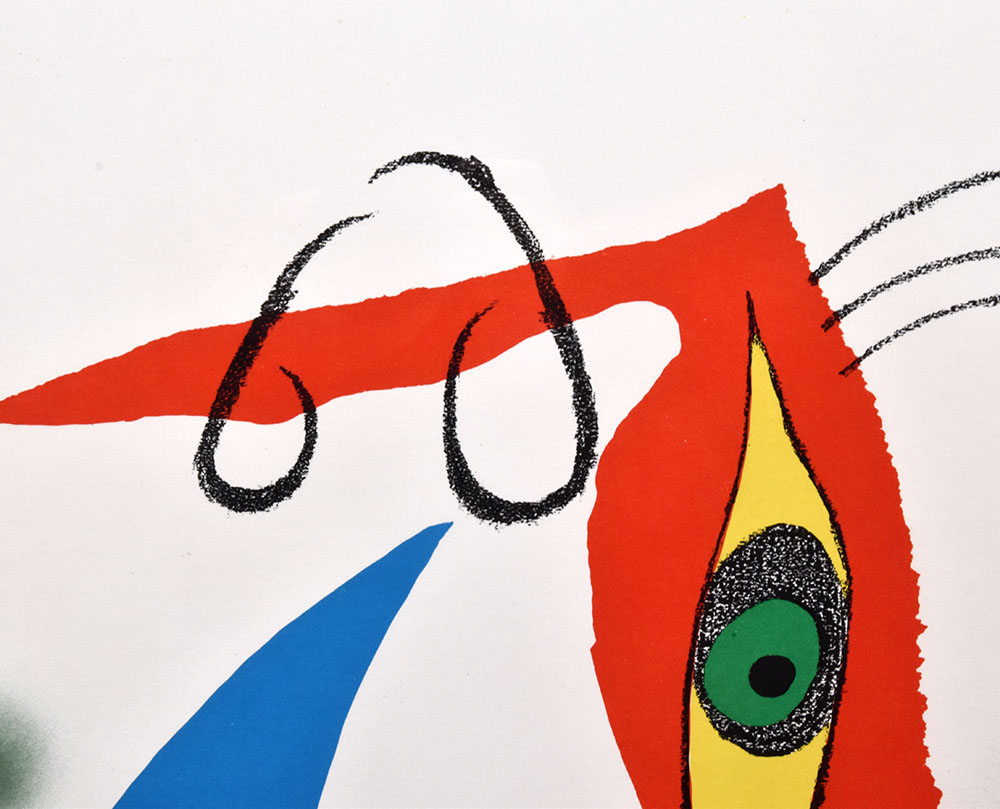 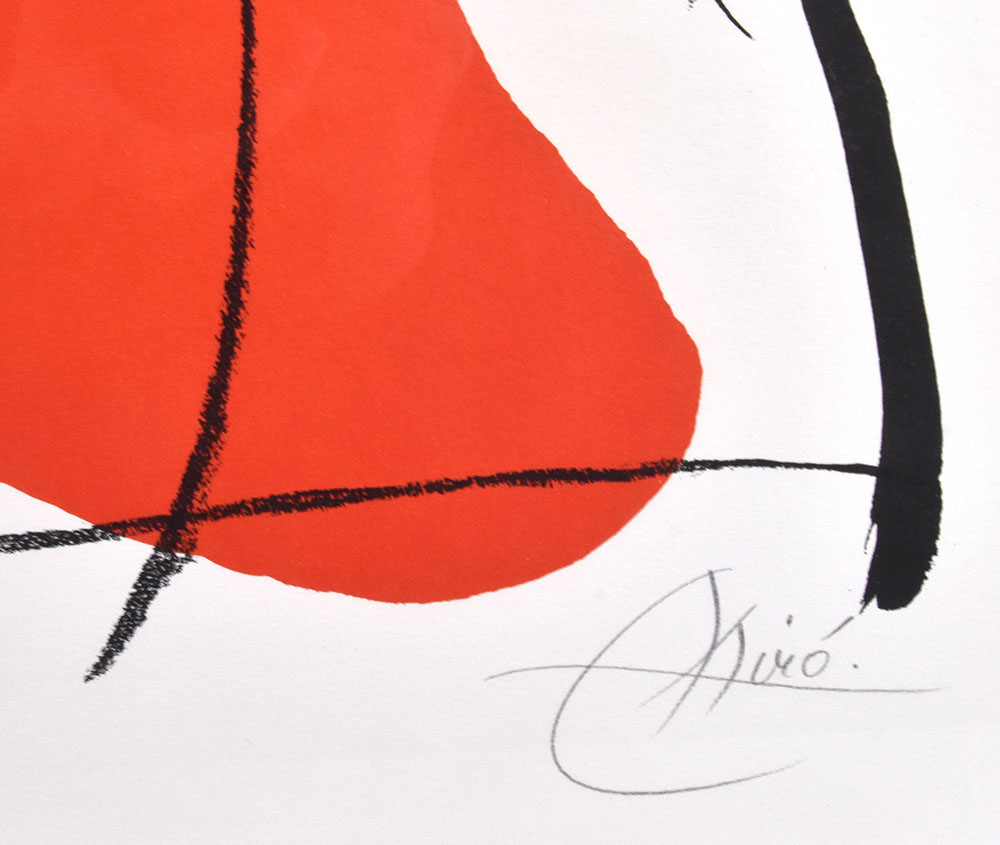 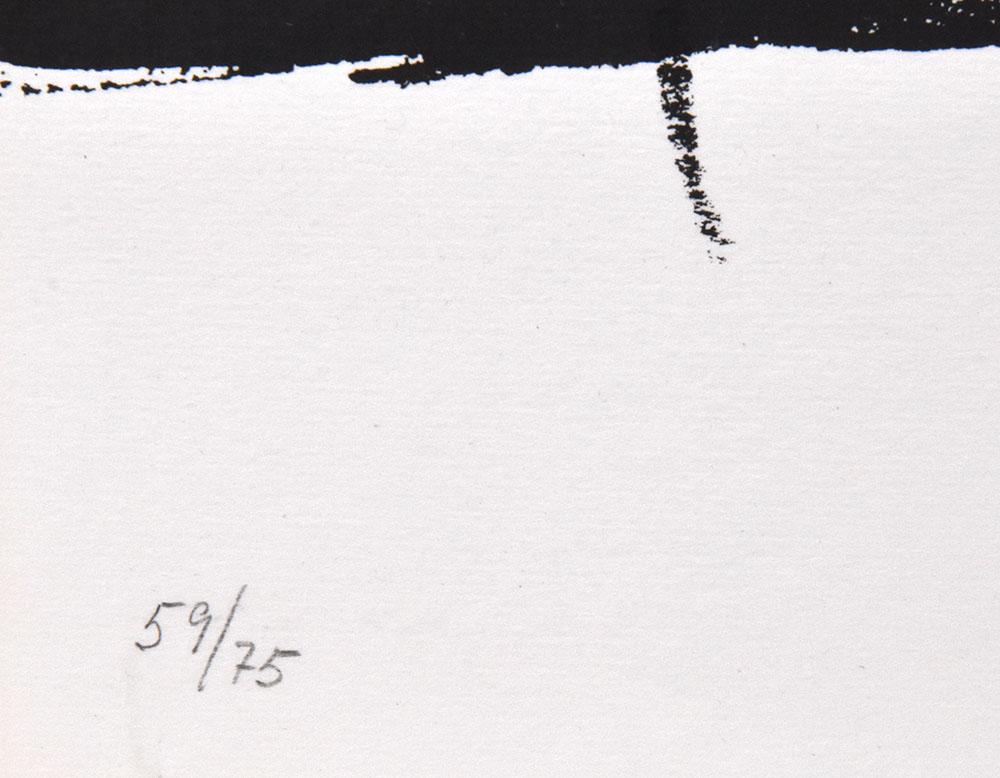 Joan Miró Oda a Joan Miró, 1973 stems from a collaborative project with poet Joan Brossa, who was a Catalan like Miró and a leading early figure in the visual poetry movement in the Spanish region. Miró and Brossa created the "Oda à Joan Miró" series simultaneously, with Miró working on his suite of illustrations as Brossa made progress on the ode. Brossa formed his ode not with words but with visual poems in tissue and string, creating a highly original and beautiful 'text' that met Miró's art on its level of individuality. The two ended up sharing a lifelong friendship. Joan Miró Oda a Joan Miró, 1973 features some of Miró’s signature visual motifs, such as the asterisk, the colorful dots with soft, fading outlines, and the almost entirely abstract figural representation. Overall, this work offers a delicate balance of vibrant color and organic lines to create a composition filled with poetic poise.

Catalogue Raisonné & COA:
Joan Miró Oda a Joan Miró, 1973 is fully documented and referenced in the below catalogue raisonnés and texts (copies will be enclosed as added documentation with the invoices that will accompany the sale of the work).

1. Cramer, Patrick. Joan Miró Lithographs Vol. V, 1972-1975. Translated from the French by Angela Dyer. Paris: Maeght Éditeur, 1992. Listed and illustrated as catalogue raisonné no. 909.
2. A Certificate of Authenticity will accompany this artwork.

About the Framing:
Framed to museum-grade, conservation standards, Joan Miró Oda a Joan Miró, 1973 is presented in a complementary moulding and finished with silk-wrapped mats and optical grade Plexiglas.