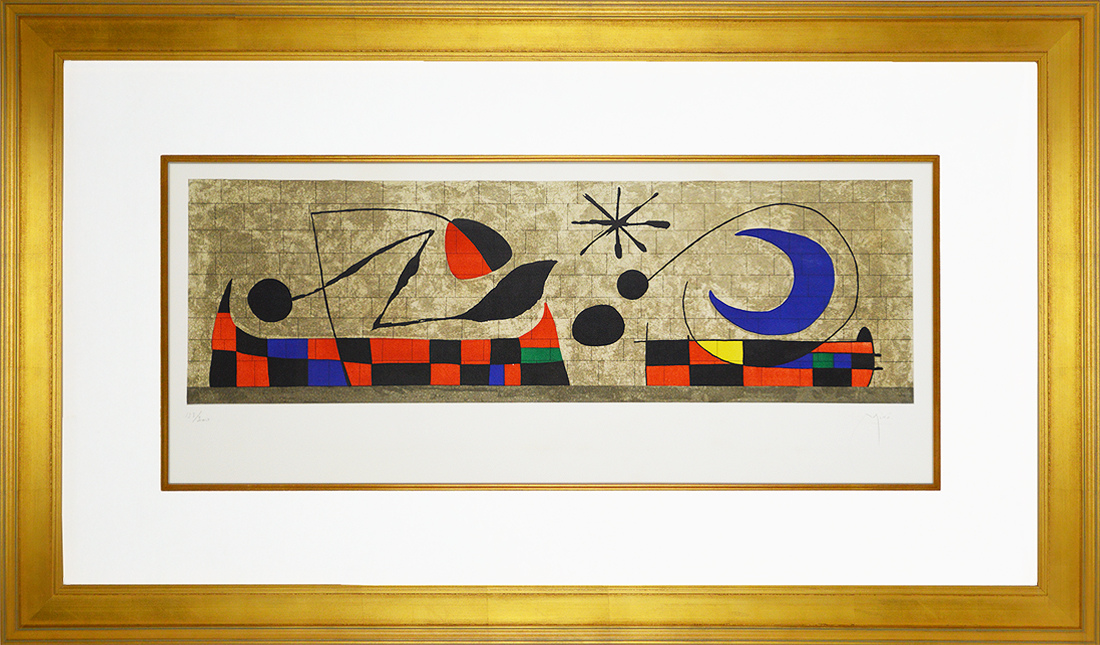 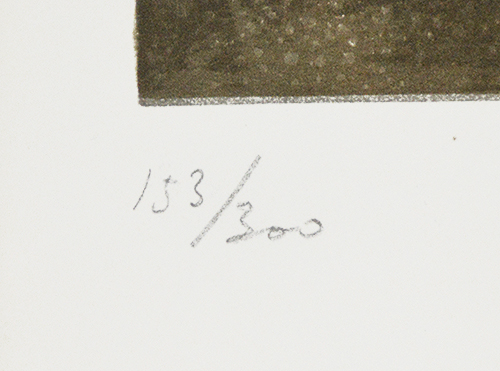 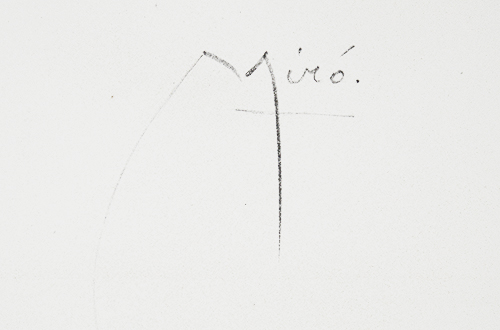 When looking at Joan Miro Mur de la lune (Moon Wall), 1958, one can only imagine the monumentality and grandeur of the ceramic mural featured on the building of the United Nations Educational, Scientific, and Cultural Organization (UNESCO) headquarters in Paris. Successfully translating its whimsical beauty and surrealist elegance, both Joan Miró and his friends at Galerie Maeght created an edition of 300 lithographs of the piece.

Of creating large-scale murals, Miró writes: “Mural art is the very opposite of solitary creation… While one must preserve one’s personality, one must also commit it deeply to the collective aspect of the work” (as cited in Dupin, p. 474). Mur de la lune features a controlled intensity and vibrance unlike any other mural by Miró. He creates an anchoring checkboard-like composition of red and black rectangular shapes along the bottom margin, alluding to a lightness and expanse of space above. His iconic starburst is included in the center as is, of course, the crescent moon.

Joan Miro Moon Wall (Mur de la lune), 1958, is fully documented and referenced in the below catalogue raisonnés and texts (copies will be enclosed as added documentation with the invoices that will accompany the sale of the work).