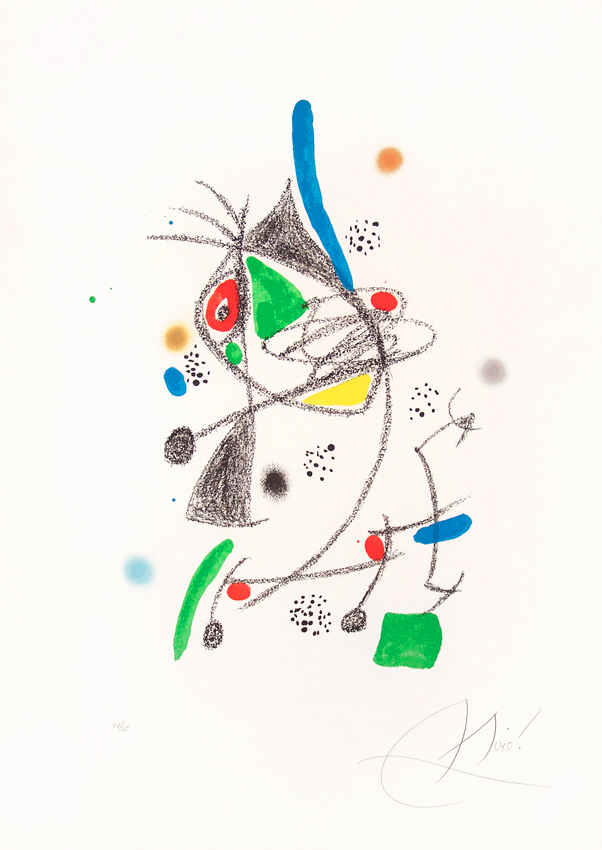 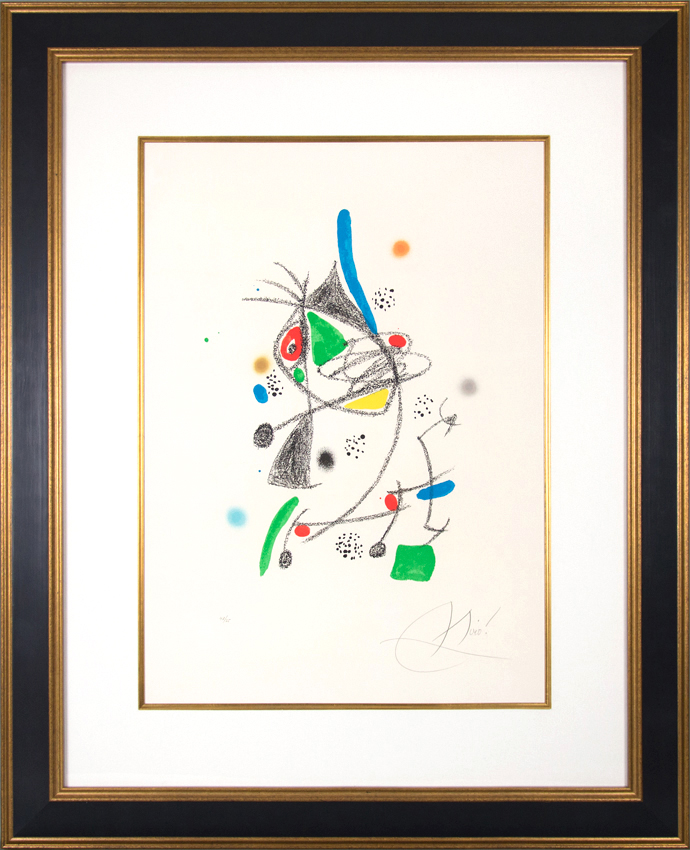 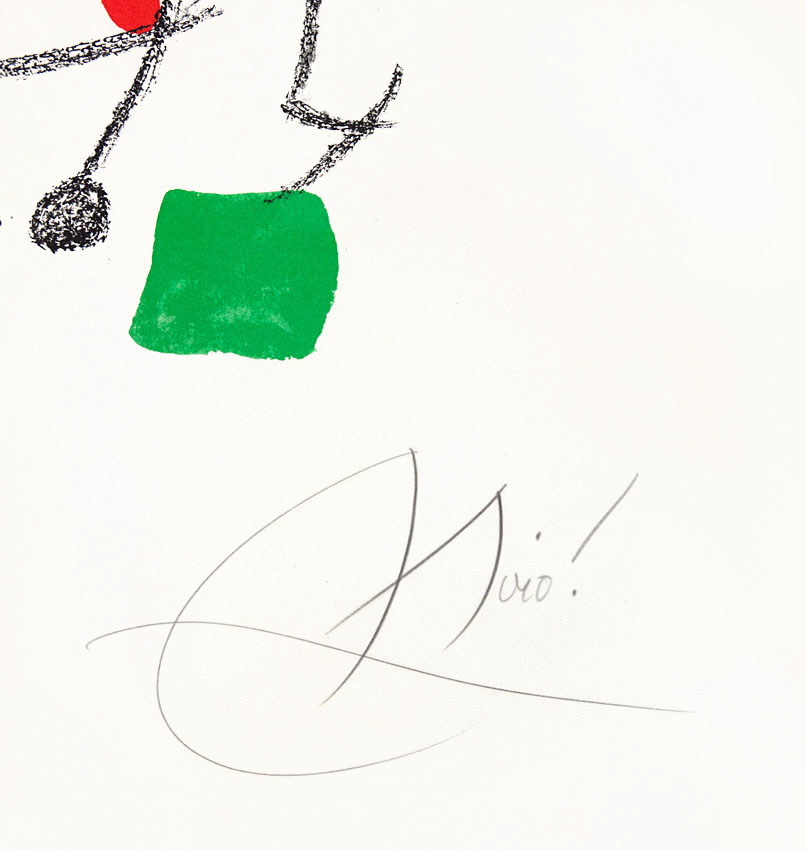 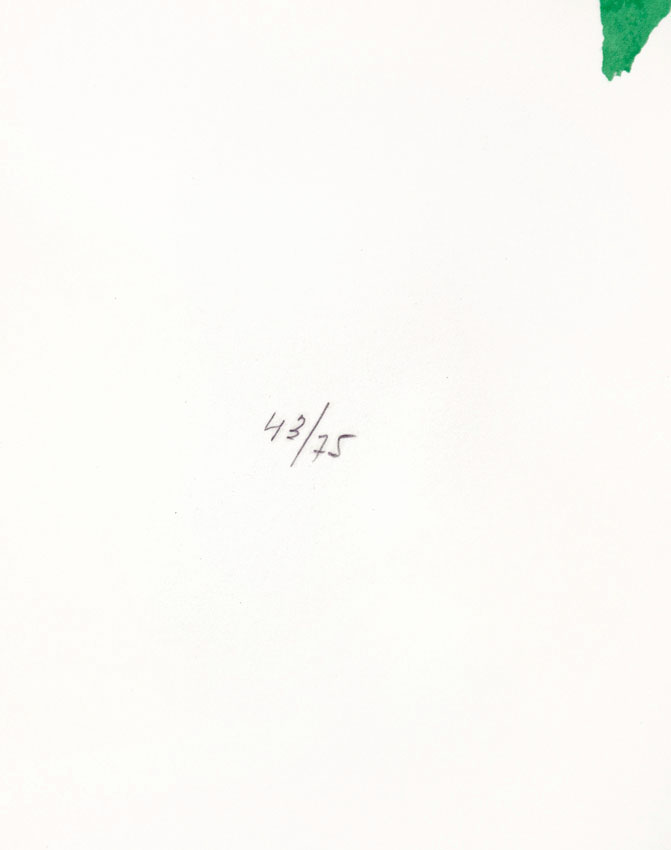 Miró had a brilliant mind, full of ideas that represented his outlook on the world and expressed it in the only way he knew how: simplicity in its purest form. In this work we see Miró’s interpretation of a garden that is superbly saturated in color. Inherent in its composition is a controlled chaos, with a series of colored, grid-like patterns that explode in a myriad of curved lines and spotted forms creating a form. Each gesture is a deliberate complement to each line and shape, making way for a whimsical, playful piece which Miró has breathed a life of its own.

Created in 1975, this work is one of a series of 22 lithographs by Joan Miró to illustrate the book, Maravillas con Variaciones Acrósticas en El Jardín de Miró by Rafael Alberti. Hand signed by Joan Miró (Barcelona, 1893 - Palma, 1983) in pencil in the lower right, this work numbered from the edition of 75 in pencil in the lower left. Printed by La Polígrafa, S.A., Barcelona and published by Ediciones Polígrafa, S.A., Barcelona.