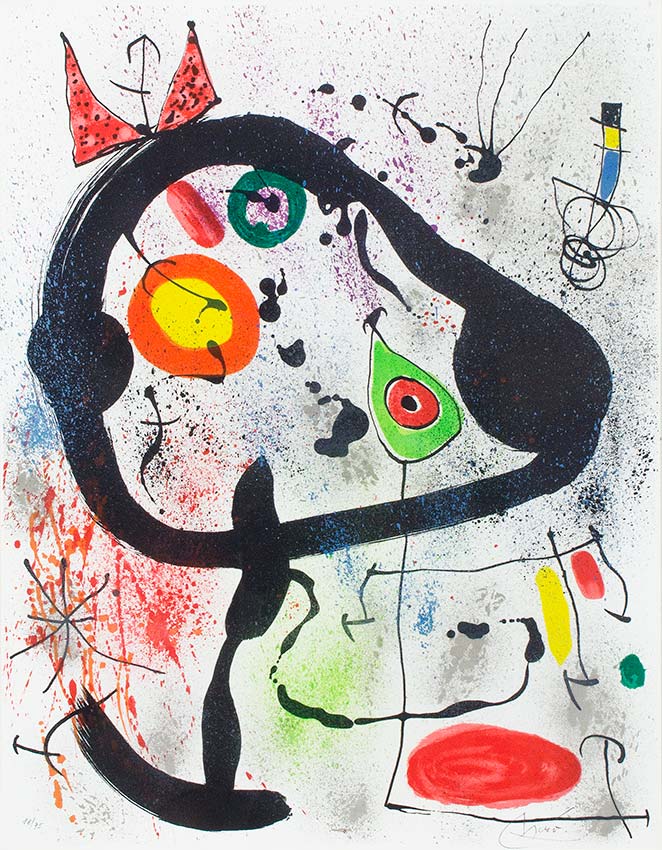 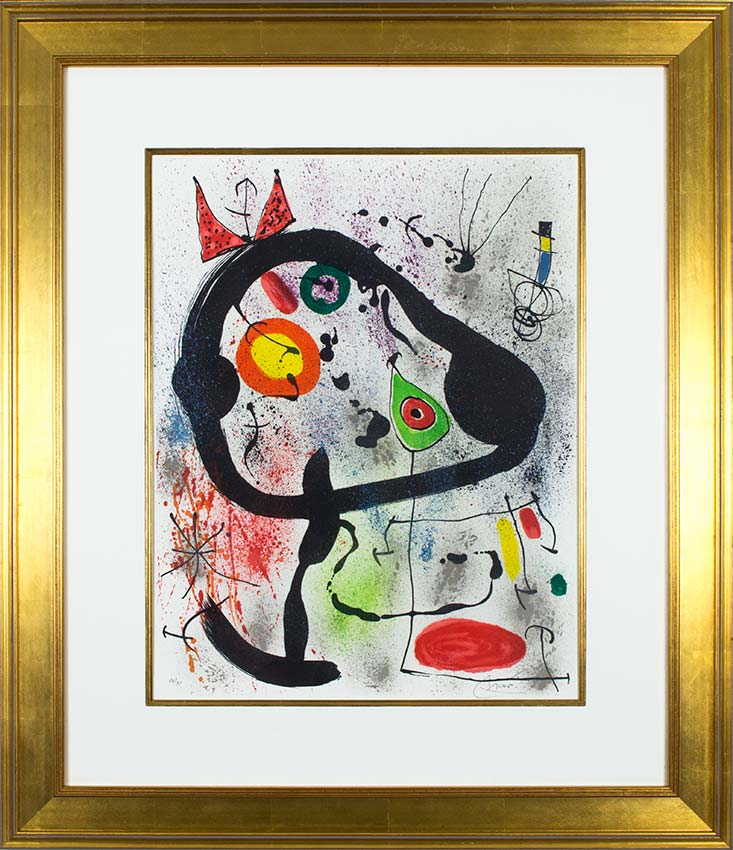 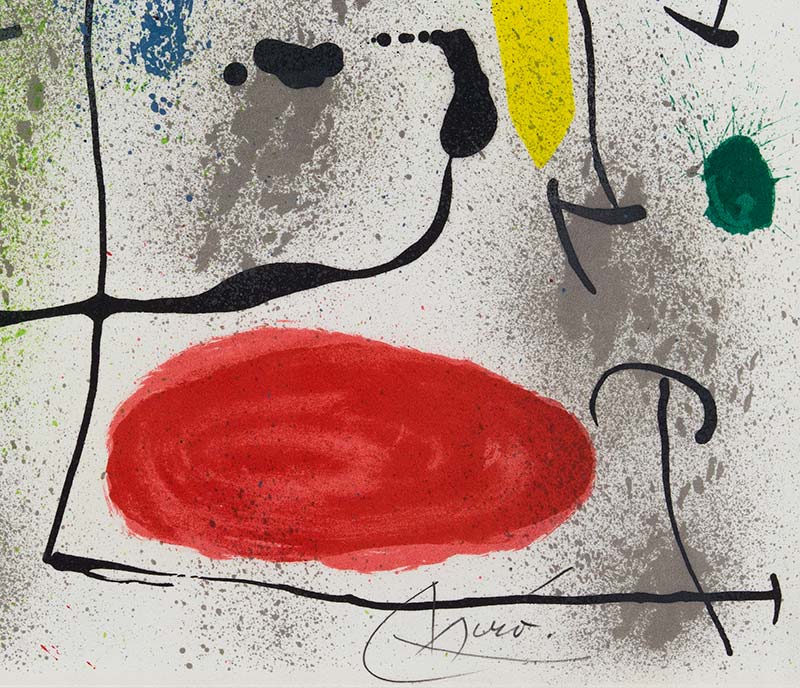 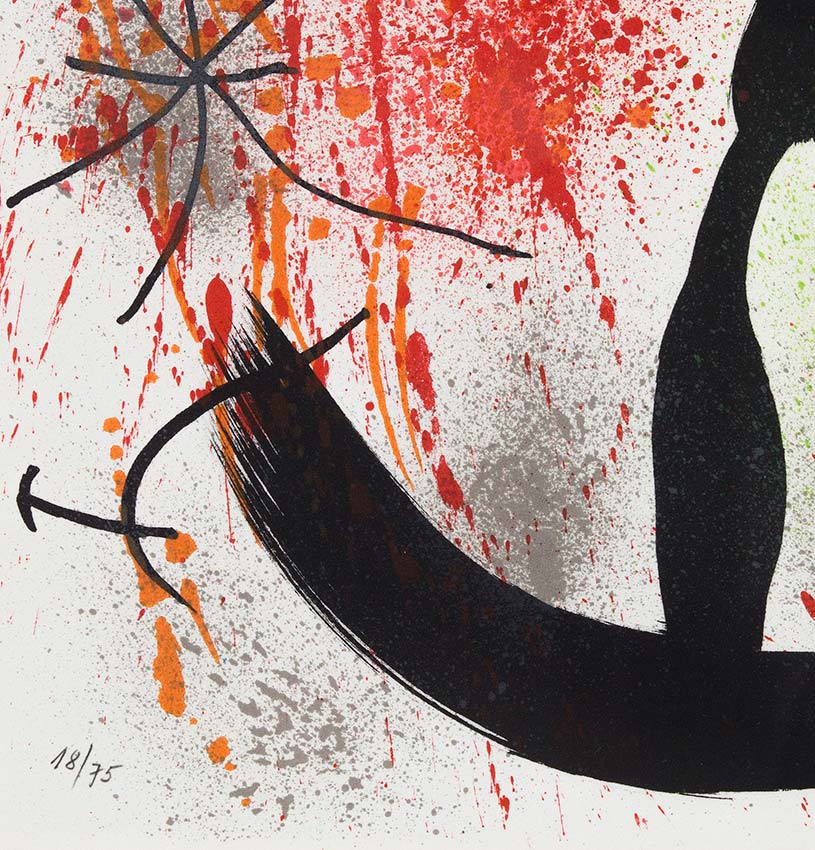 One of Miró's most evocative series, Les Voyants explores the struggle of Seers who find themselves in two different worlds, the metaphysical and transcendental. In this image a face appears before us in bold black outlines, as whirling colors, forms, and strokes surround them. The background is alive with energy and the atmosphere is one of a struggle between the figure and it’s environment, as the spirit and the body struggle to dominate. Perhaps a deeper and more personal symbolism can be found however, for isn’t the artist the seer of their canvas?

Created in 1971, this color lithograph on Rives vellum is from a series of six lithographs titled The Seers (Les Voyants). This work is hand-signed by Joan Miró (Barcelona, 1893 - Palma, 1983) in pencil in the lower right. Numbered from the edition of 75 in pencil in the lower left and published by L. Broder, Paris, there also exists 15 Roman numeral proofs on Rives vellum, 5 hors commerce on Japon nacre and 15 Roman numeral proofs on Japon nacre.

This work is fully documented and referenced in the below catalogue raisonnés and texts (copies will be enclosed as added documentation with the invoice accompanying the final sale of the work).

About the Framing:
Framed to museum-grade, conservation standards, this work is presented in a complementary moulding and finished with silk-wrapped mats and optical grade Plexiglas.