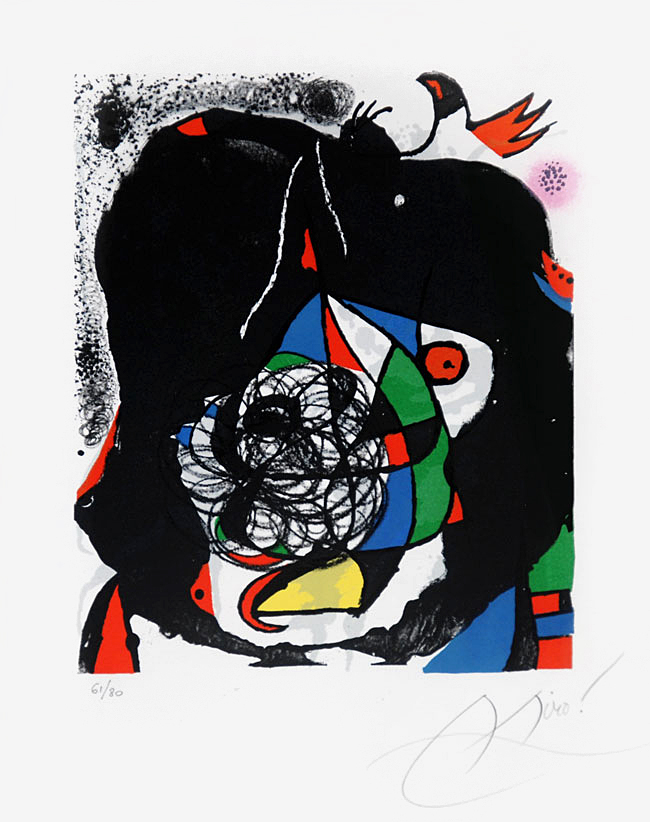 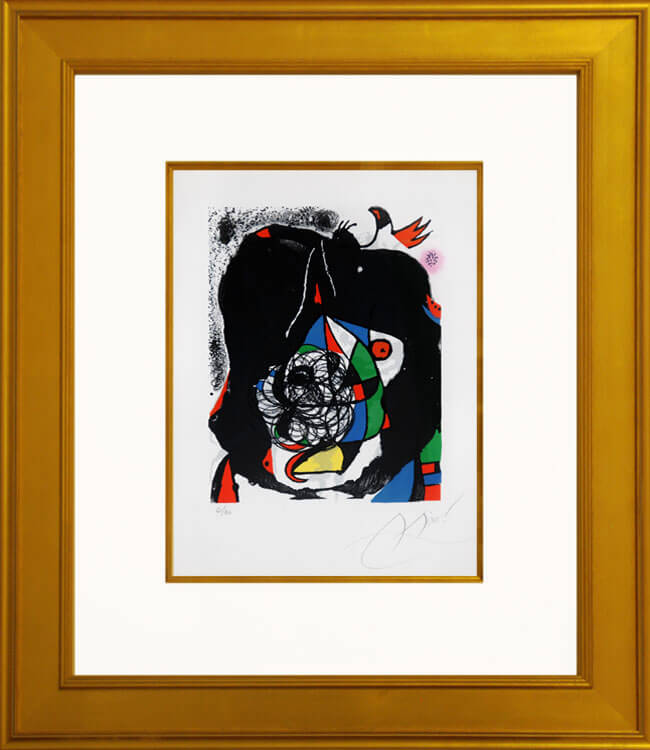 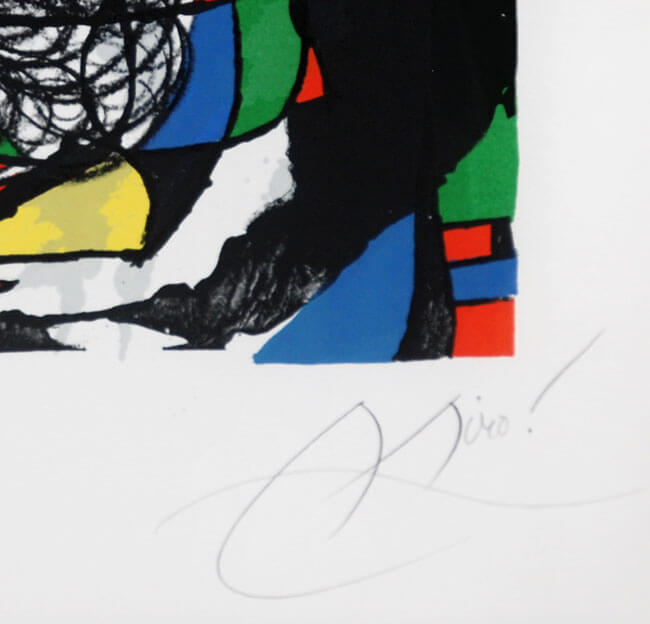 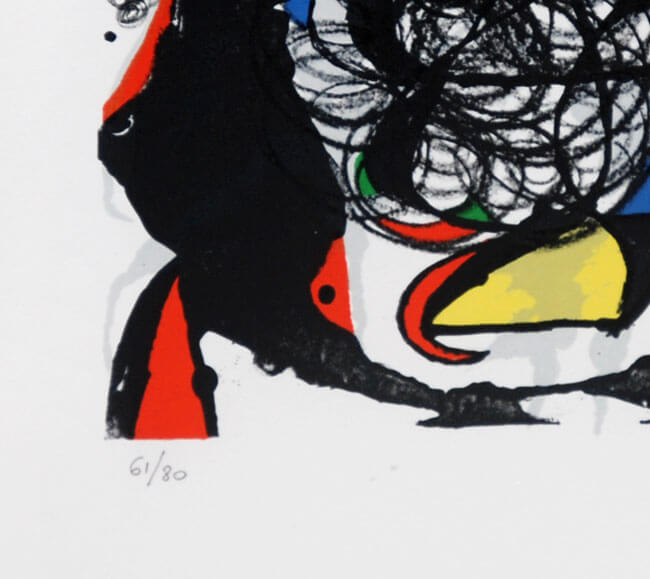 In the eye-catching Joan Miró Les Révolutions Scéniques Du XXe Siécle (The Revolution of Stage Design in the 20th Century), 1975, we can clearly see Miró's humor and intrigue with theater. The artist uses his signature approach of finding a face within varying visual cues; bisecting lines overlay bold pops of fire engine red and apple green to create the vague impression of a mask characterized by two circular eyes. Perhaps a prop for a scene or an inspiration from an experience, Miró never disappoints us with his innovative observations.

Created in 1975, this color lithograph is numbered from the edition of 80 that was printed before the lettering in pencil in the lower left (total edition of 80 plus 30 artist's proofs). Printed by Adrien Maeght, Paris and published by Société international d'art XXe siècle, Paris, this work is hand signed by Joan Miró (Barcelona, 1893 - Palma, 1983) in pencil in the lower right.

CATALOGUE RAISONNÉ & COA:
Joan Miró The Revolution of Stage Design in the 20th Century (Les Révolutions Scéniques Du XXe Siécle), 1975 is fully documented and referenced in the below catalogue raisonnés and texts (copies will be enclosed as added documentation with the invoices that will accompany the final sale of the work):

ABOUT THE FRAMING:
Joan Miró The Revolution of Stage Design in the 20th Century (Les Révolutions Scéniques Du XXe Siécle), 1975 is framed to museum-grade, conservation standards, presented in a complementary moulding and finished with silk-wrapped mats and optical grade Plexiglas.