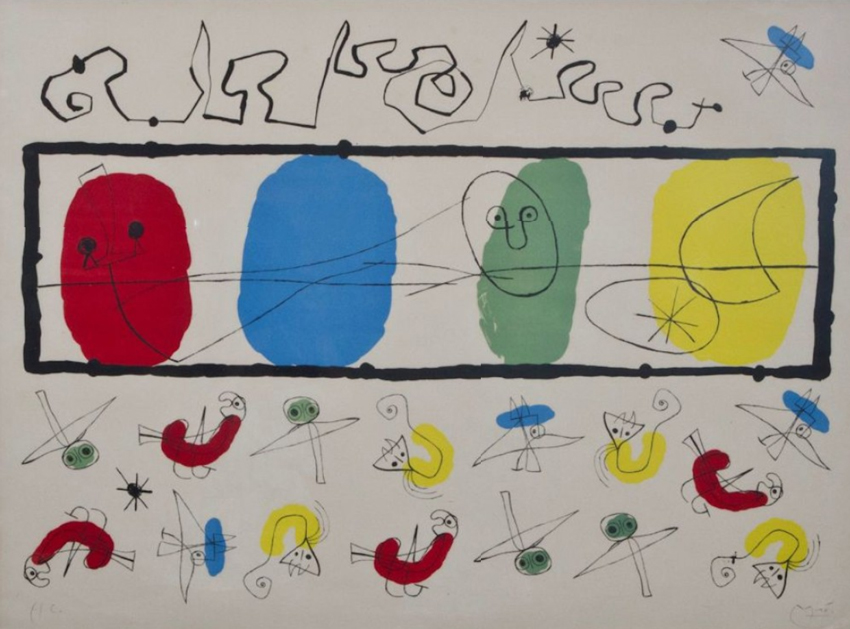 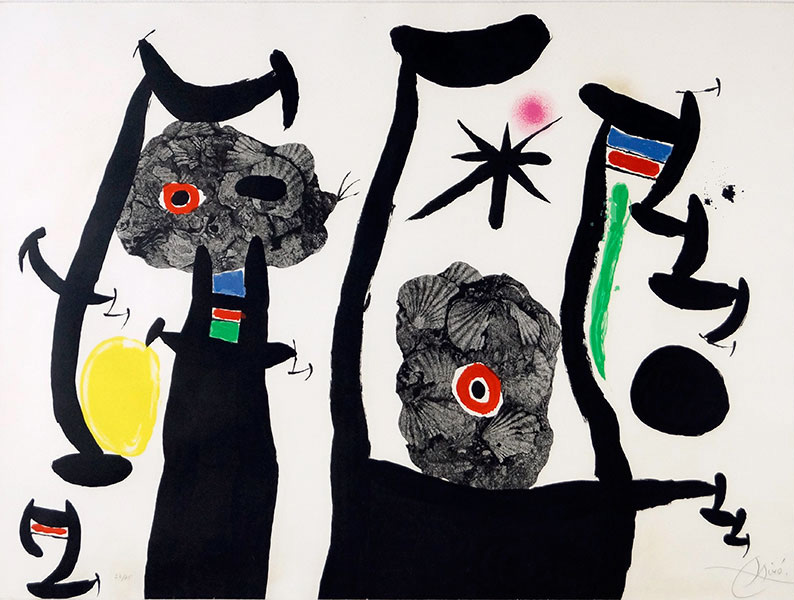 Using his own visual language, Miró creates a beguiling image adorned with a variety of eccentric characters. The central shades of red, blue, green and yellow appear to render playful expressions. Rather than resorting to pure abstraction, Miró juxtaposes these characters against recognizable figures such as a sickle moon and a star. Below the four central figures are a variety of smaller figures which are given bird-like wings. Though the artist worked with a limited palette, his colors are undoubtedly expressive.