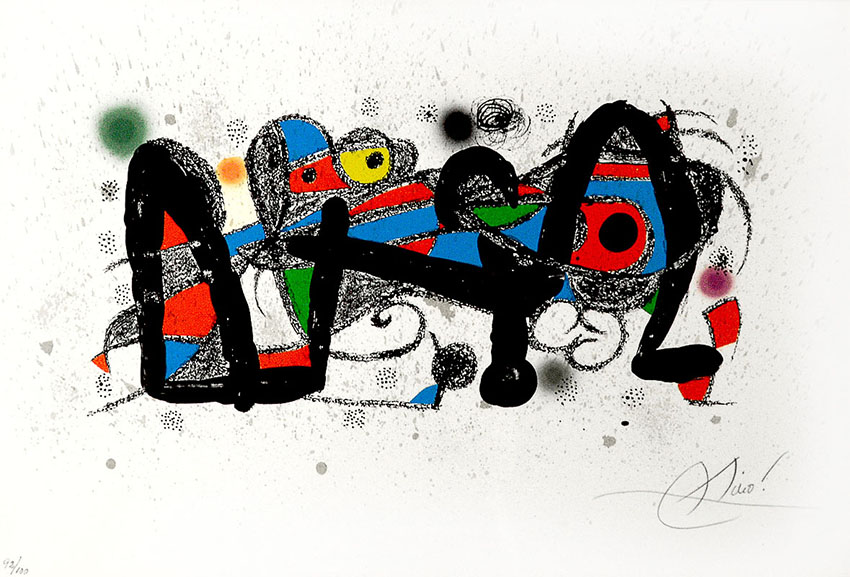 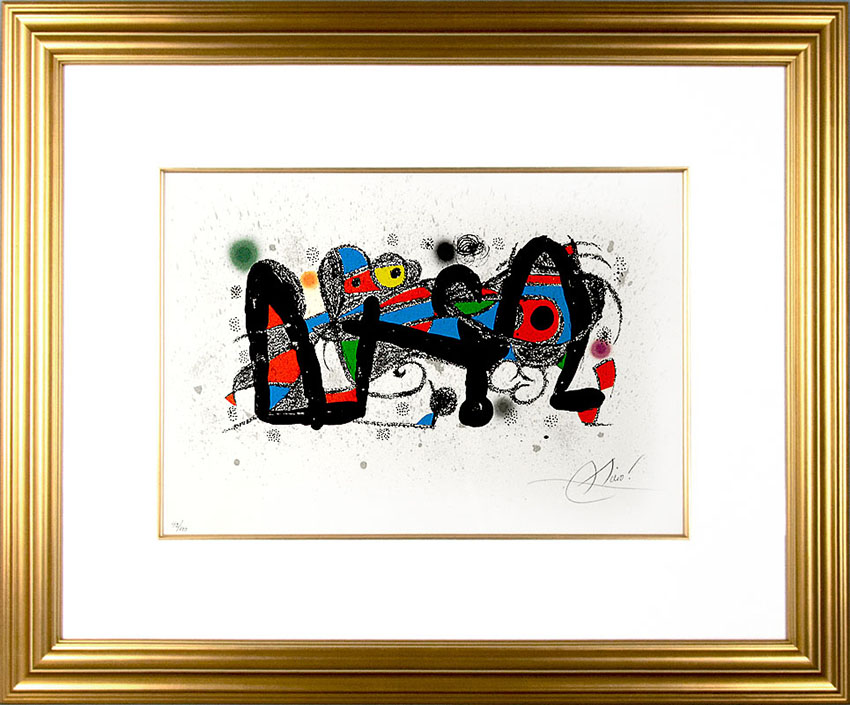 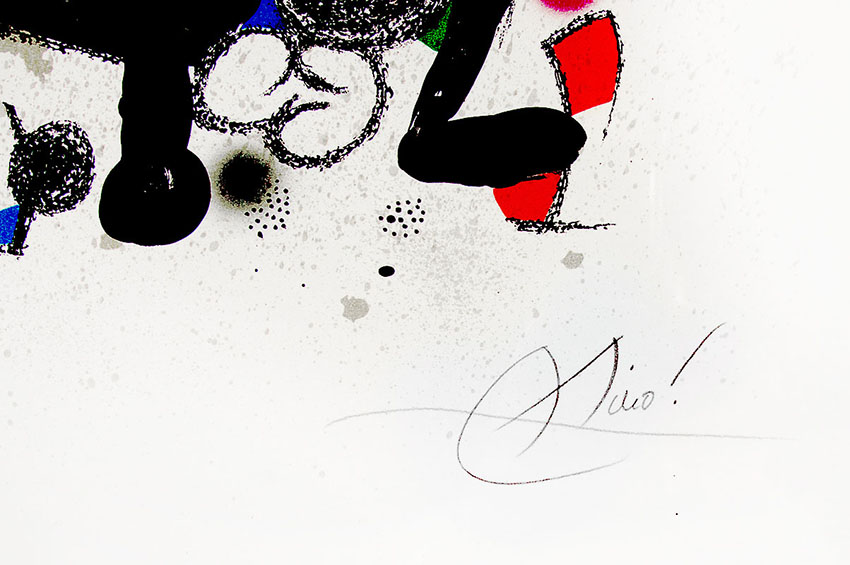 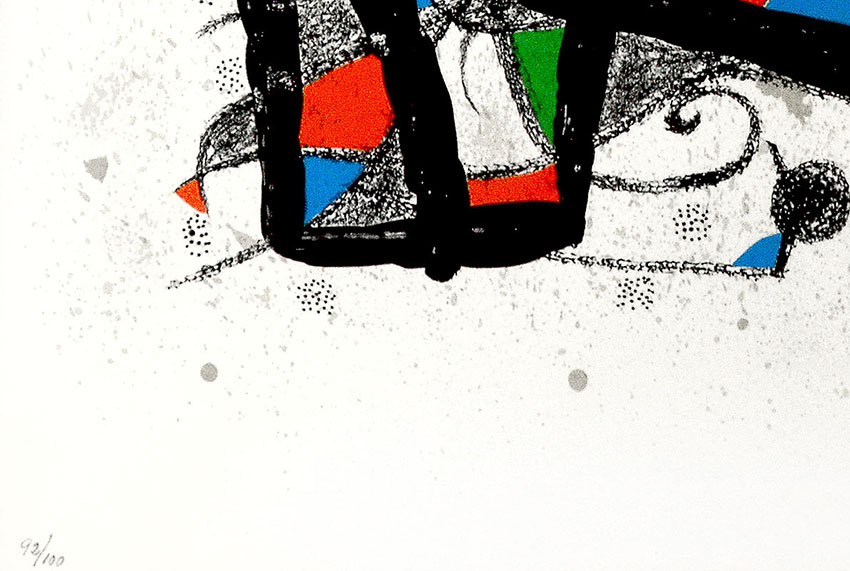 In his series Escultor, Miró represents seven countries that in 1974 underwent great political change and were still in the process of being sculpted into something. In this composition titled, Escultor Portugal , Miró represents the southwest European country that during 1974-1975 experienced the Carnation Revolution where a military coup overthrew the regime of the Estado Novo. The chaos inherent in the composition as the lines and color surround the main figure, denote sadness and hope, but historically almost no shots were fired as civilian resistance to both leadership types gave way to total freedom for the Portuguese populace. An ideal that Miró personally agreed with and what makes this work, and series, so rare in his oeuvre as he rarely produced political statements of such grandeur.

Catalogue Raisonné & COA:
Joan Miró Sculptor Portugal (Escultar Portugal), 1974 is fully documented and referenced in the below catalogue raisonnés and texts (copies will be enclosed as added documentation with the invoices that will accompany the final sale of the work).

About the Framing:
Joan Miró Sculptor Portugal (Escultar Portugal), 1974 is framed to museum-grade, conservation standards, presented in a complementary moulding and finished with silk-wrapped mats and optical grade Plexiglas.