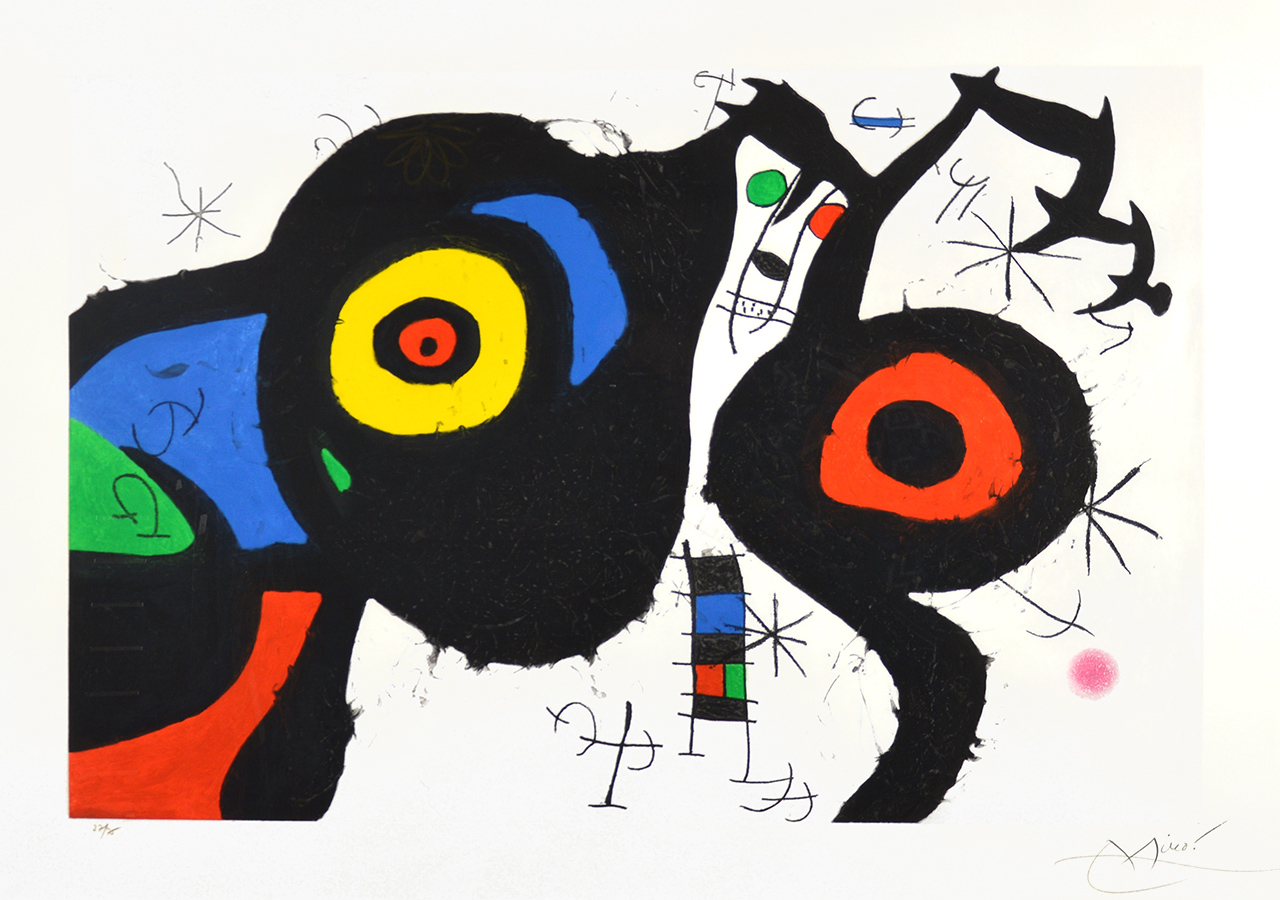 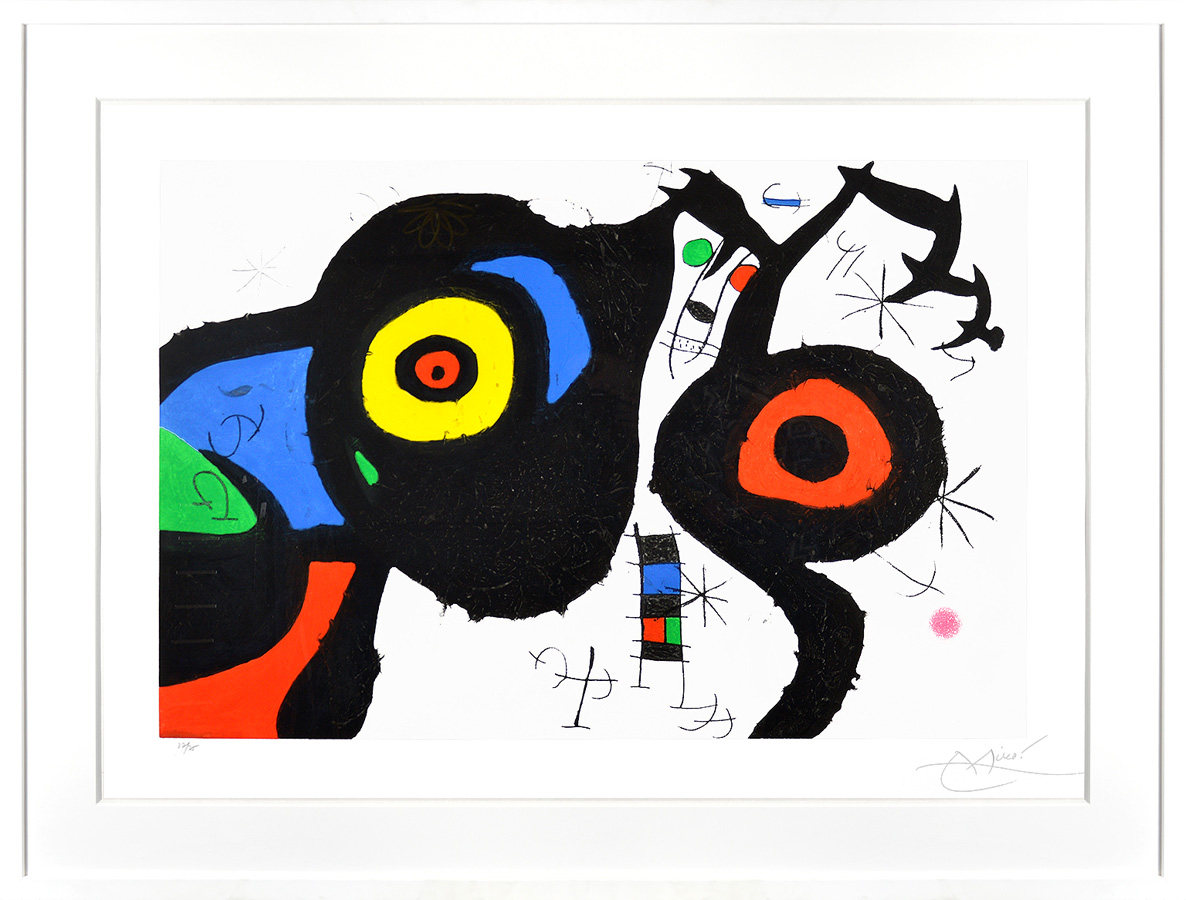 Out of Joan Miró Les deux Amis (The Two Friends), 1969 two figures appear. Defined at first by their large eyes, we look at them from profile view. The larger figure on the left has a wide yellow eye with a brilliant red pupil, and the smaller figure on the right has an eye of the same red coloring, but with a black pupil. The pair reaches up and out toward one another and makes contact in the upper middle of the etching – the focal point of the artwork. Our eyes are drawn up both of the friends, and their eyes appear titled towards the point where they touch. All the momentum to the central point brings the viewer there as well. Miró has an incredible talent to bring abstract forms to life, and in this etching, we feel the bond of friendship.

Created in 1969, this color etching, aquatint, and carborundum on Mandeure rag paper is hand signed by Joan Miró (Barcelona, 1893 – Palma, 1983) in pencil in the lower right margin and numbered from the edition of 75 in pencil in the lower left margin; printed by Atelier Maeght, Saint-Paul; published by Maeght Editeur, Paris.

Joan Miró The Two Friends (Les deux Amis), 1969 is fully documented and referenced in the below catalogue raisonnés and texts (copies will be enclosed as added documentation with the invoices that will accompany the sale of the work).