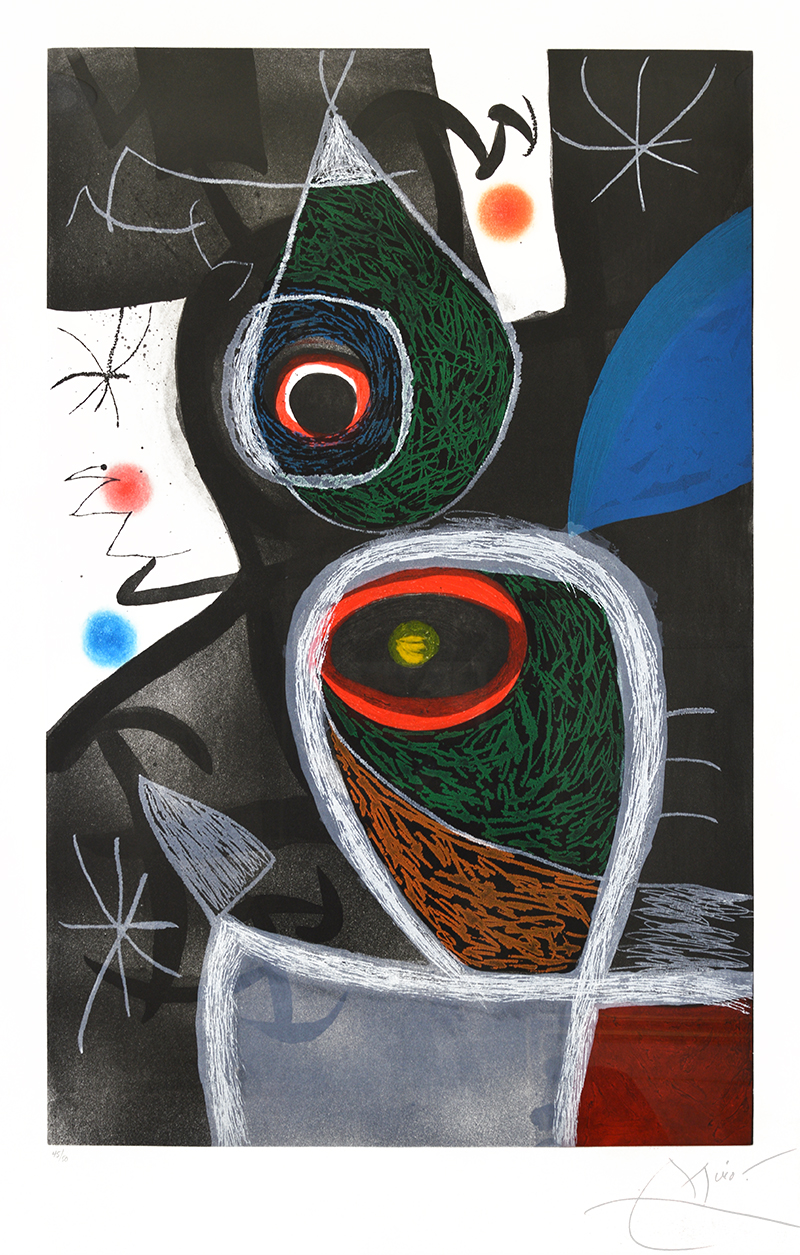 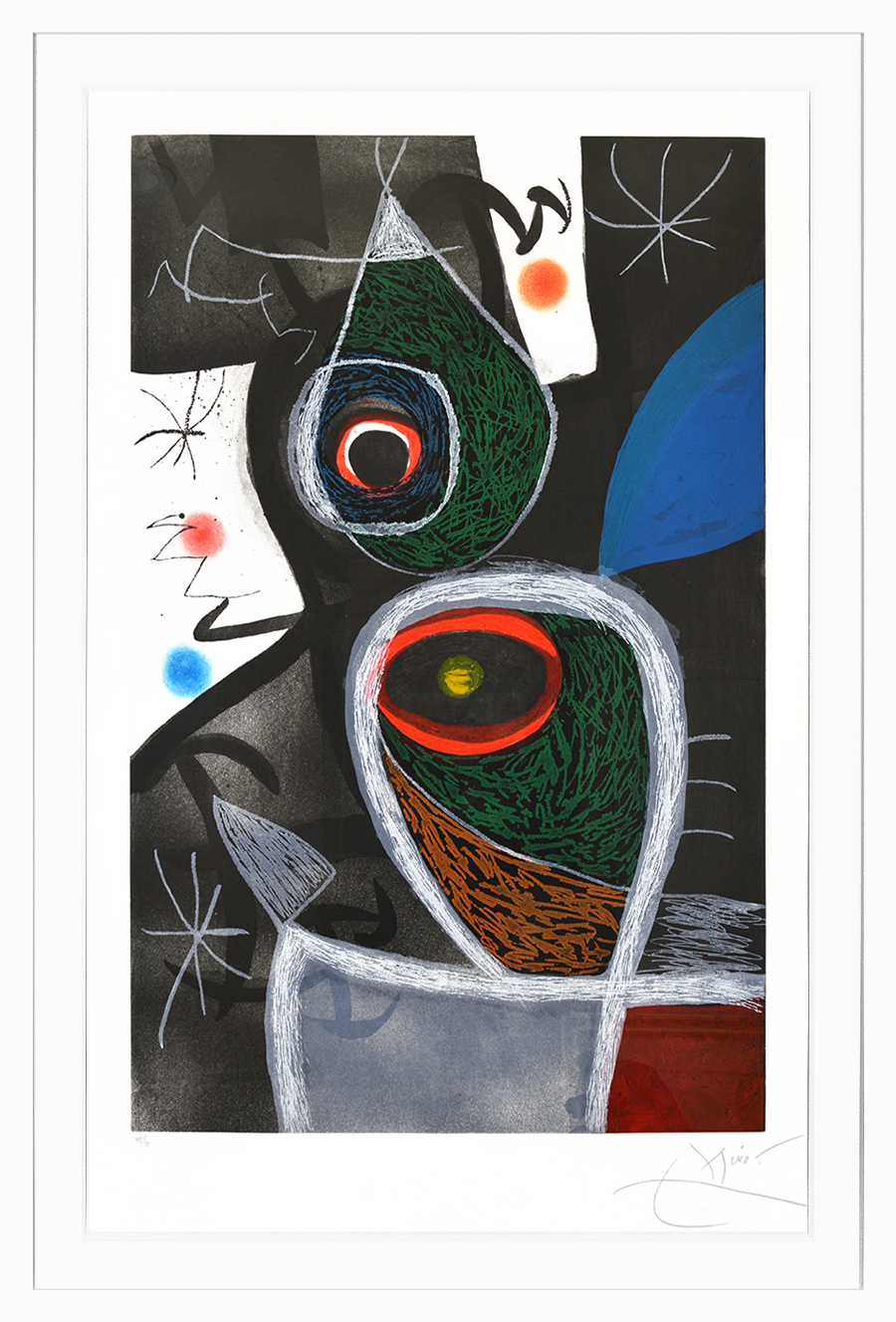 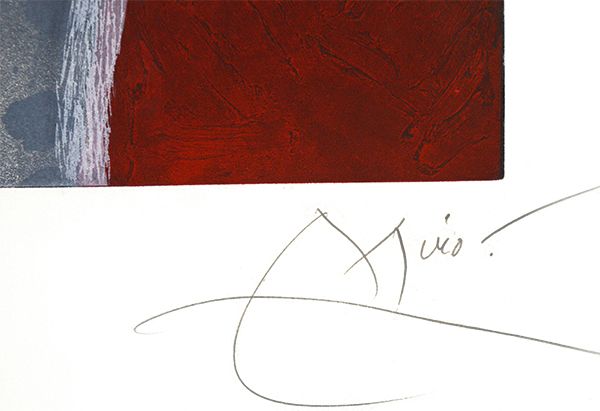 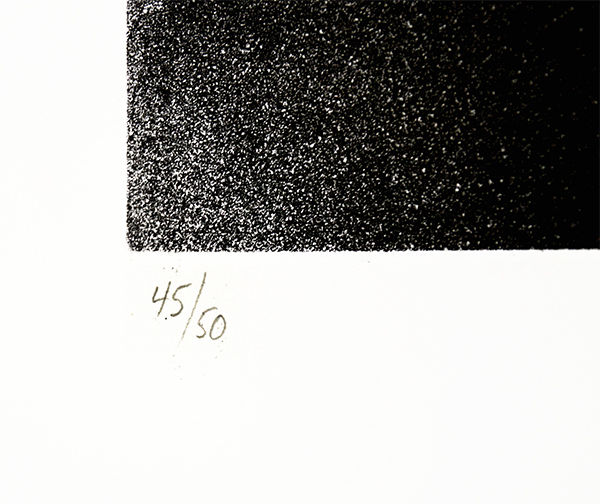 Joan Miró Le Somnambule, (The Sleepwalker), 1974 is a playful artwork that includes symbols and motifs typical of the artist. Visual elements float within the picture plane and create multilayered formations which combine subtle color accents with bold and vigorous brushstrokes to convey a whimsical and energetic attitude. Unexpected stars and spots in red, orange and blue surround the central abstracted composition, which suggests a startled mask of eyes. Lines protruding from the central subject matter give the suggestion of eyelashes. Outlines in pale blue, these teardrop shapes contain several concentric circles in black, white, red and yellow. In the lower right corner there is a red area aside a light blue area which is an extension of the lower teardrop shape. The piece is dominated by dark hues allowing for subtle areas of white to shine through the background.

Joan Miró Le Somnambule (The Sleepwalker), 1974 is fully documented and referenced in the below catalogue raisonnés and texts (copies will be enclosed as added documentation with the invoices that will accompany the sale of the work).

Framed to museum-grade, conservation standards, Joan Miró Le Somnambule (The Sleepwalker), 1974 is presented in a complementary moulding and finished with silk-wrapped mats and optical grade Plexiglas.