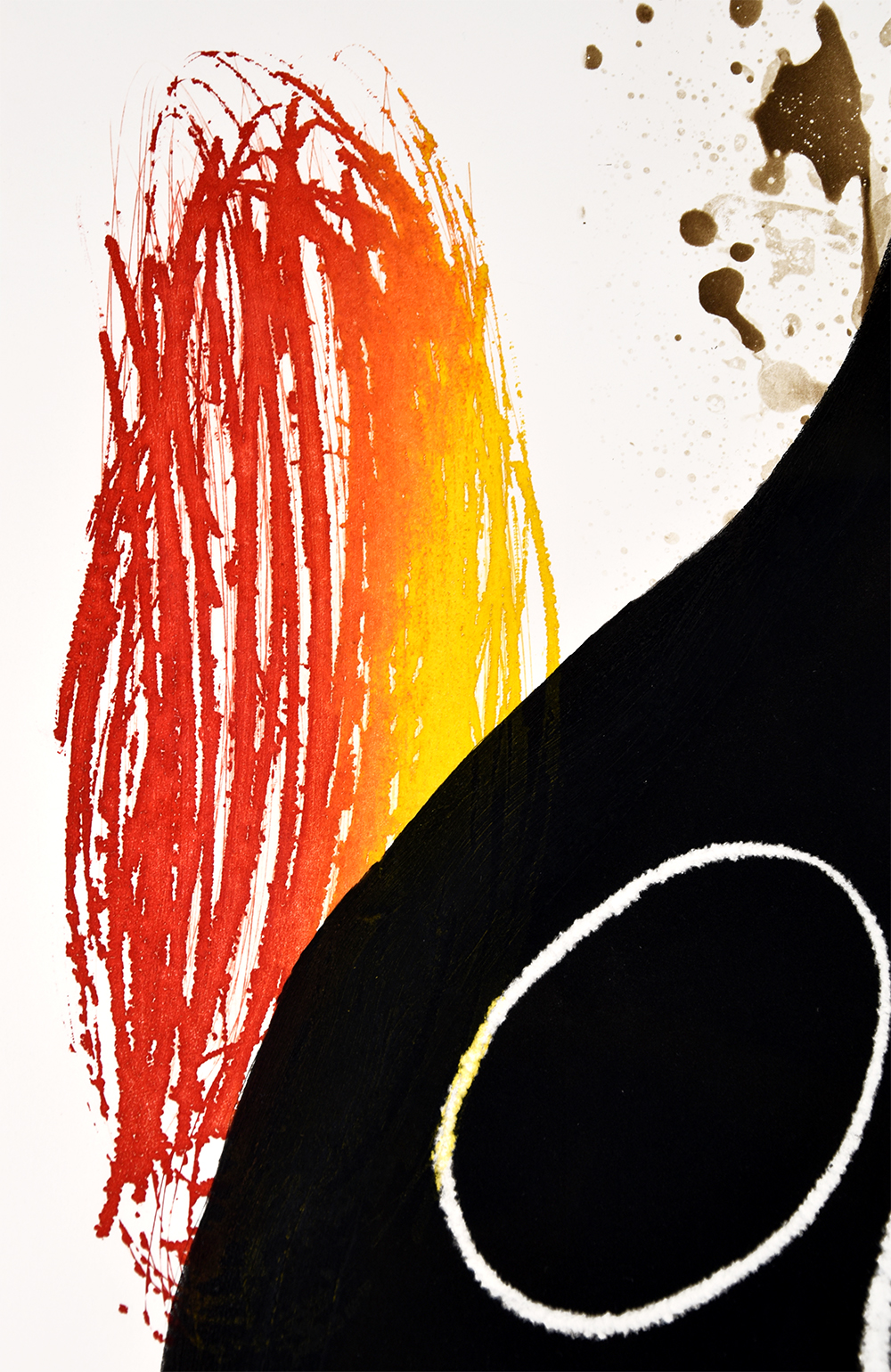 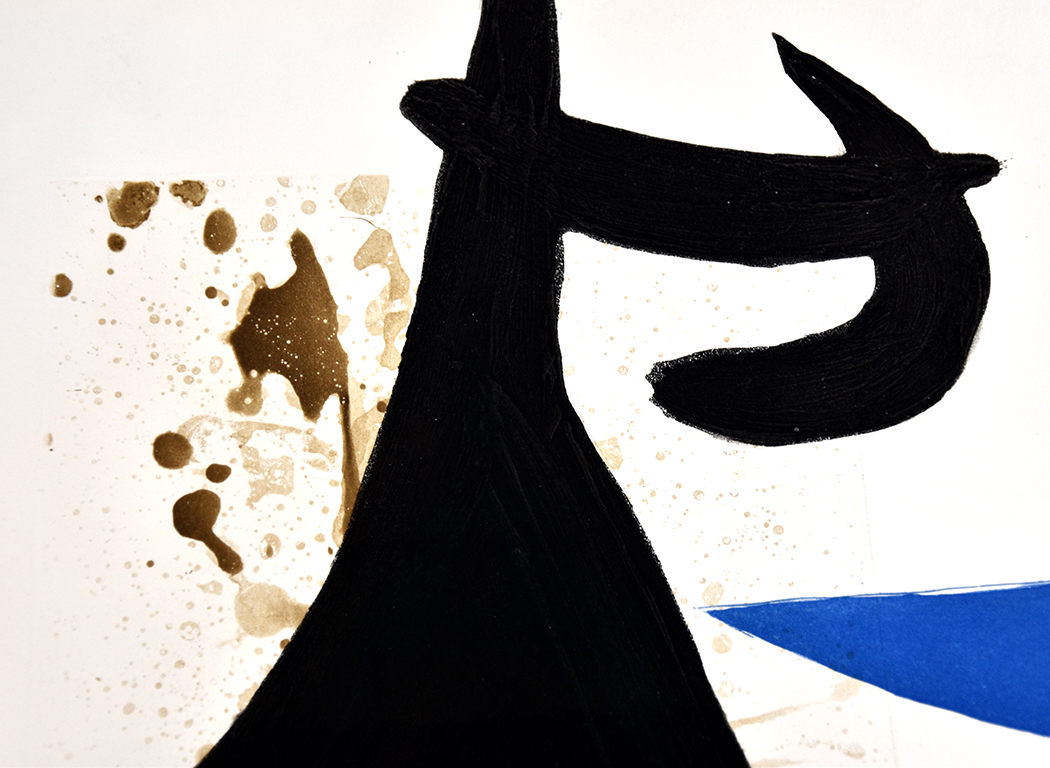 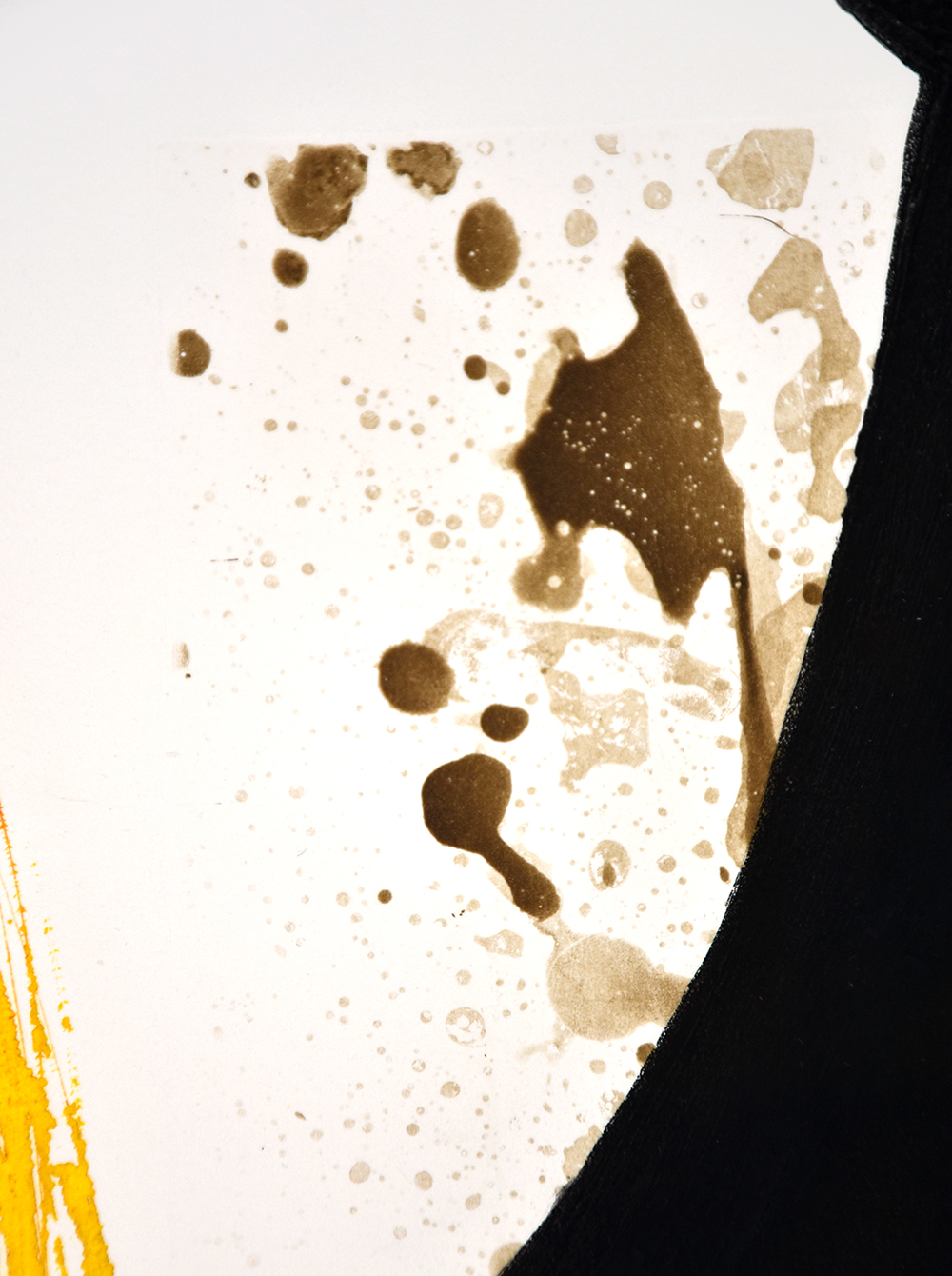 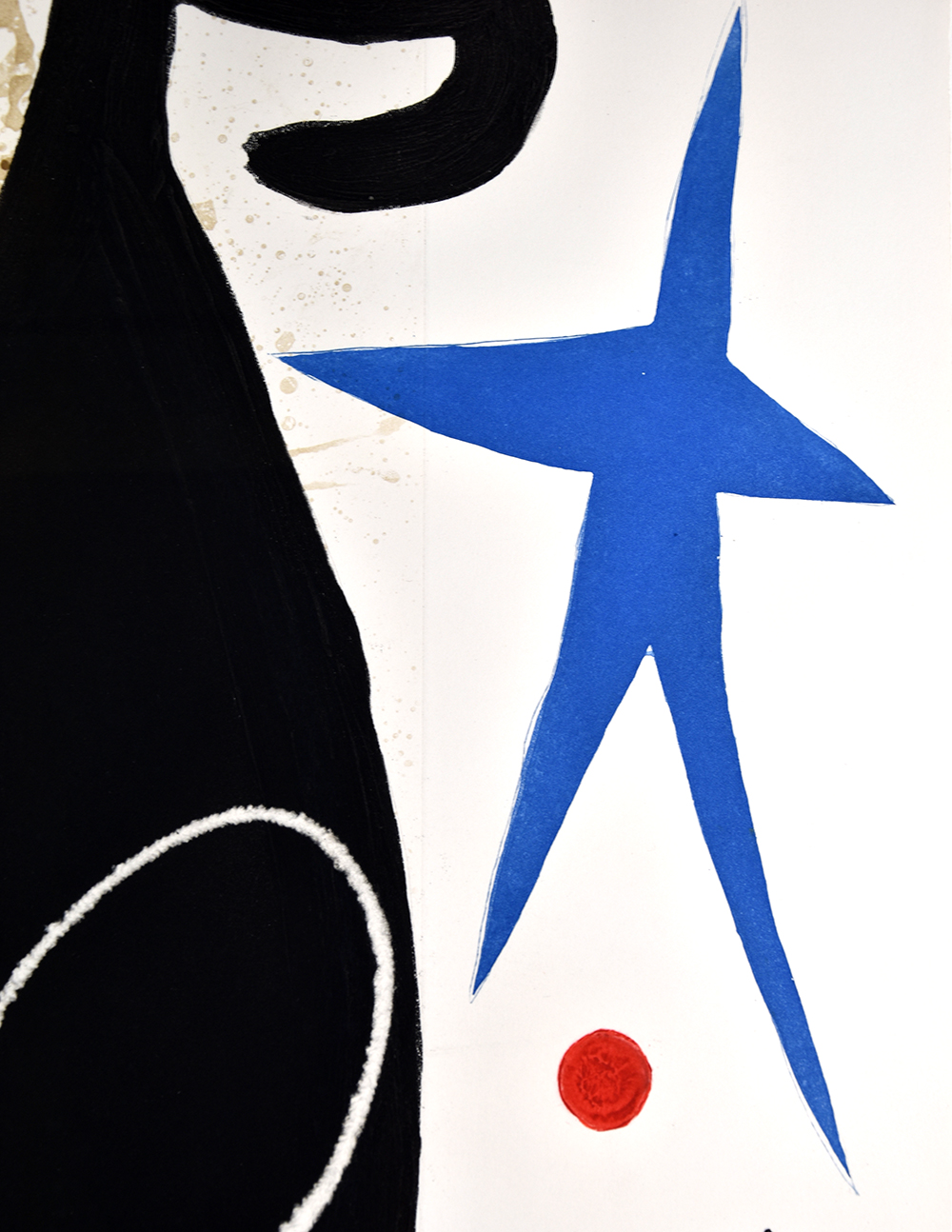 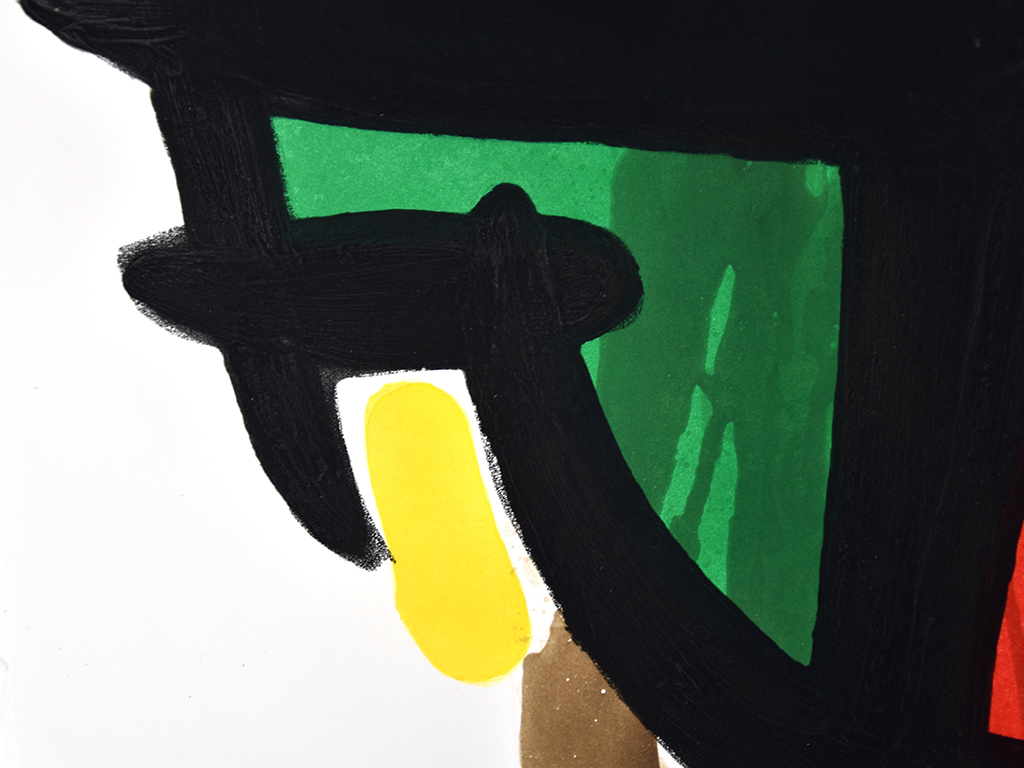 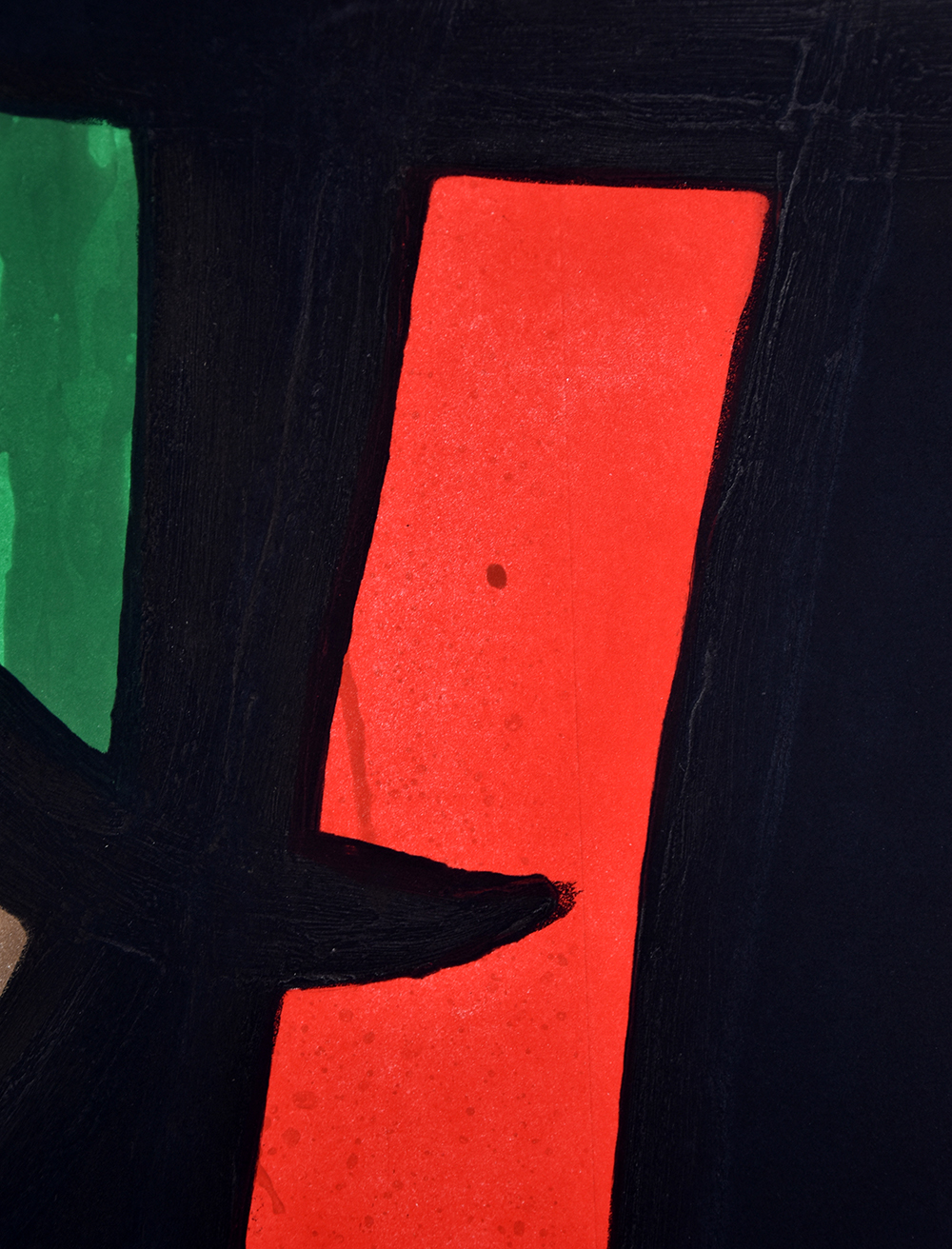 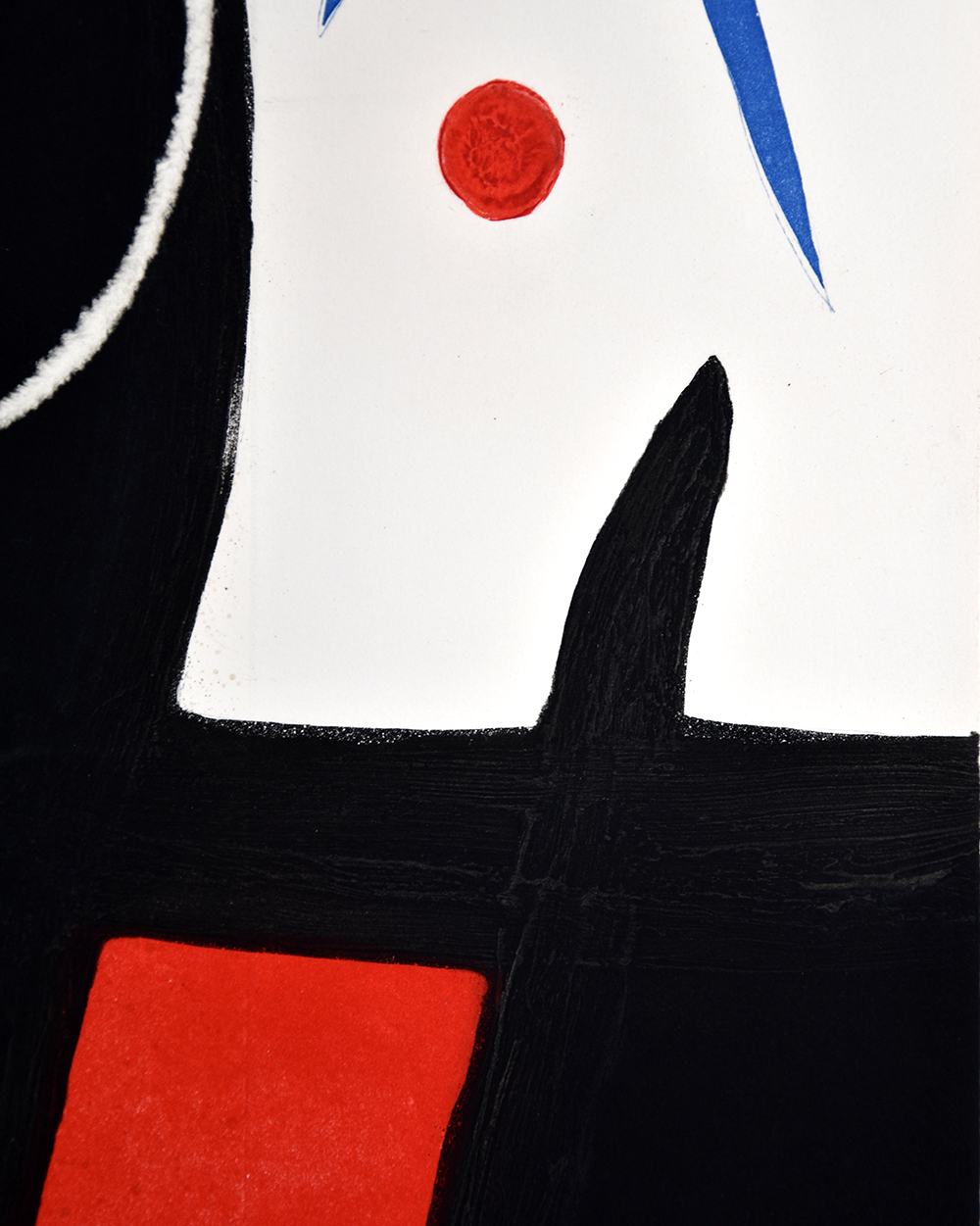 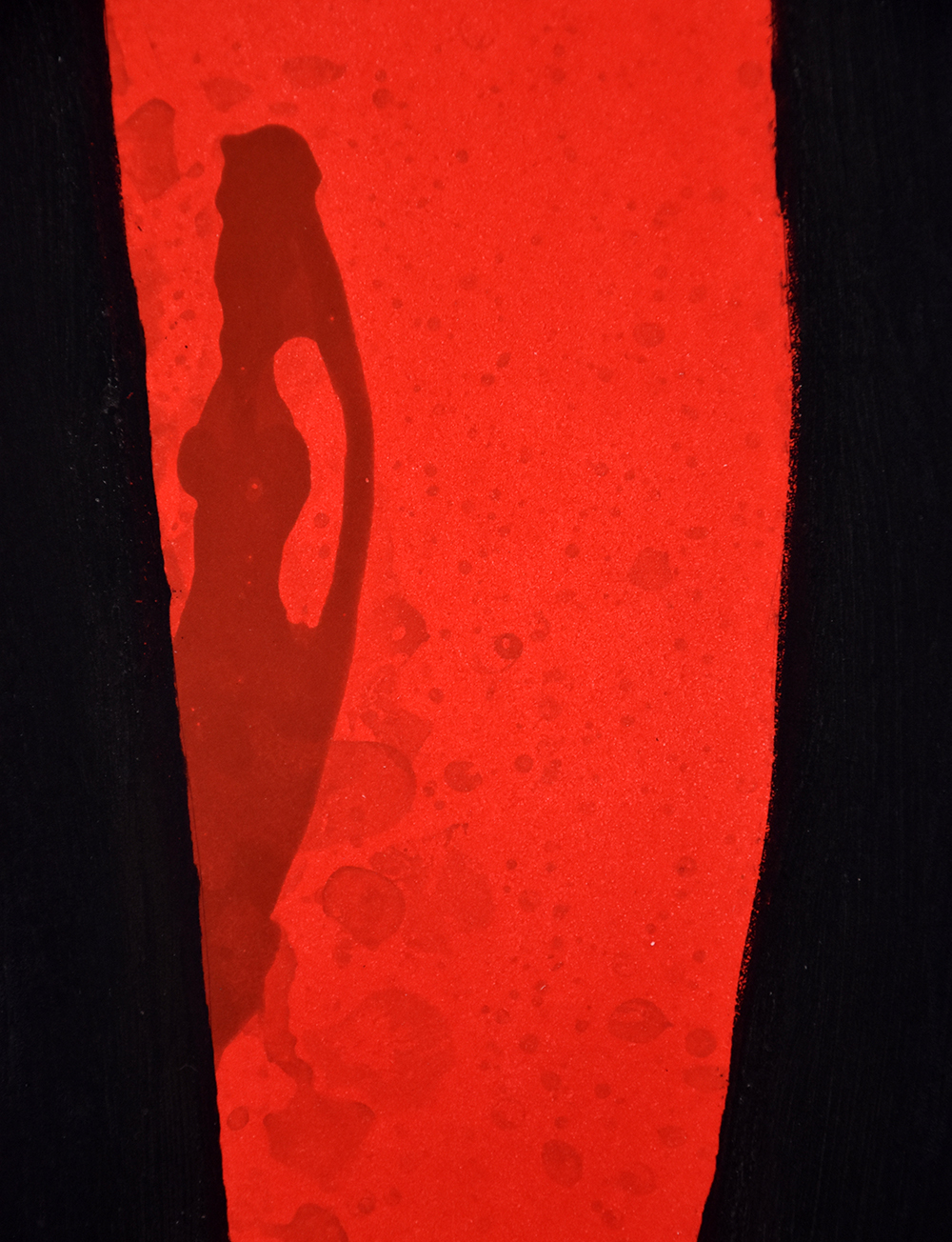 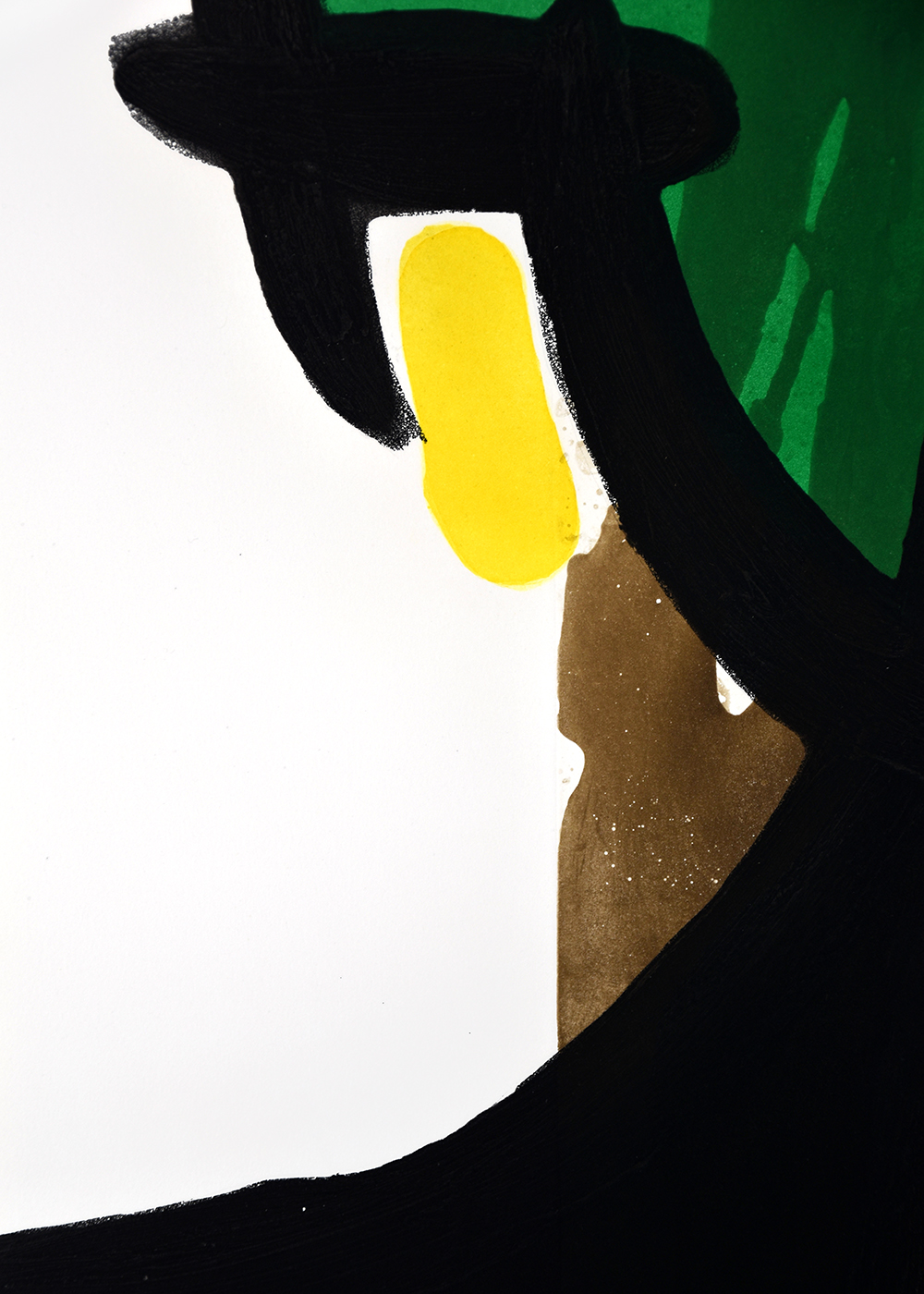 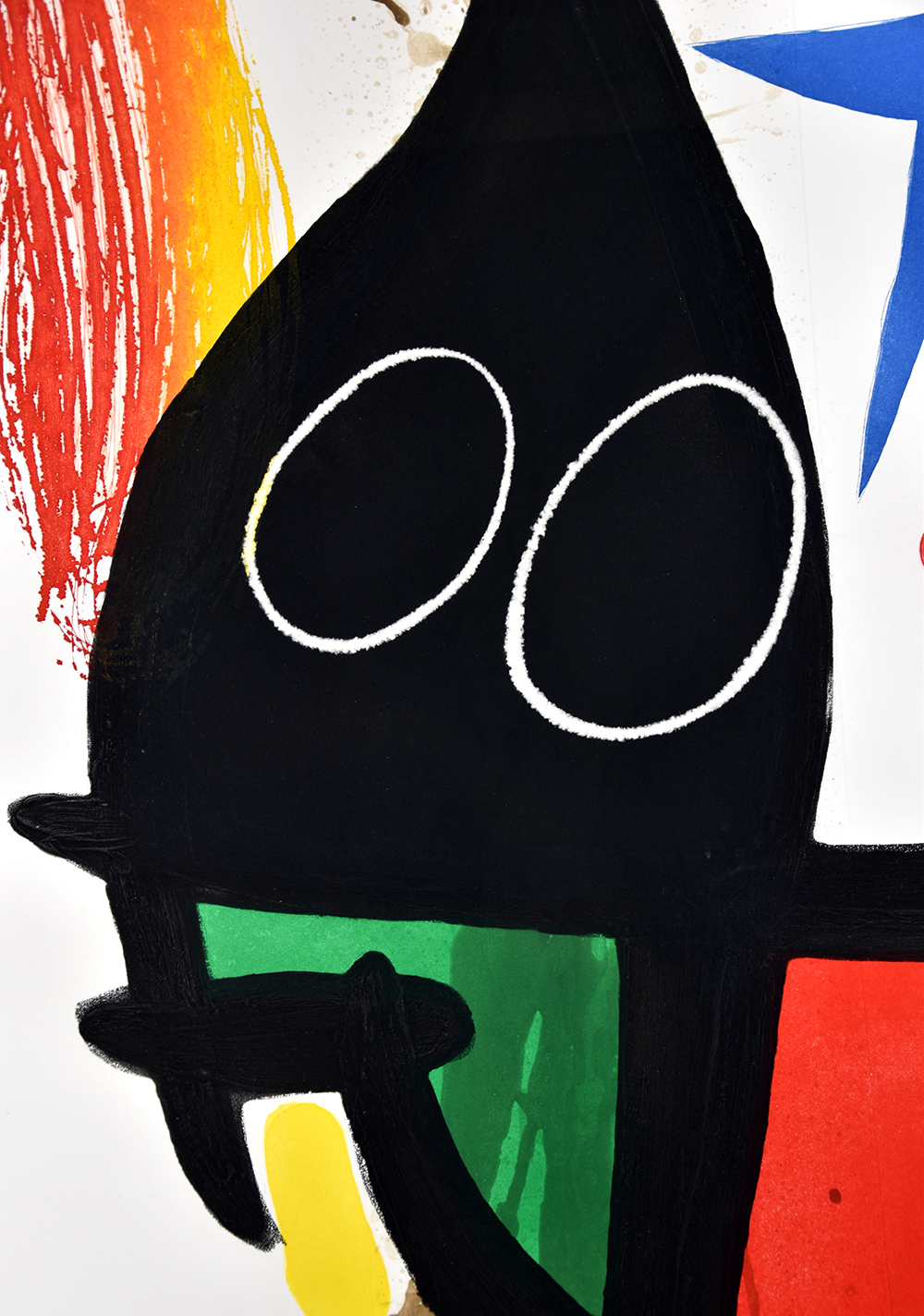 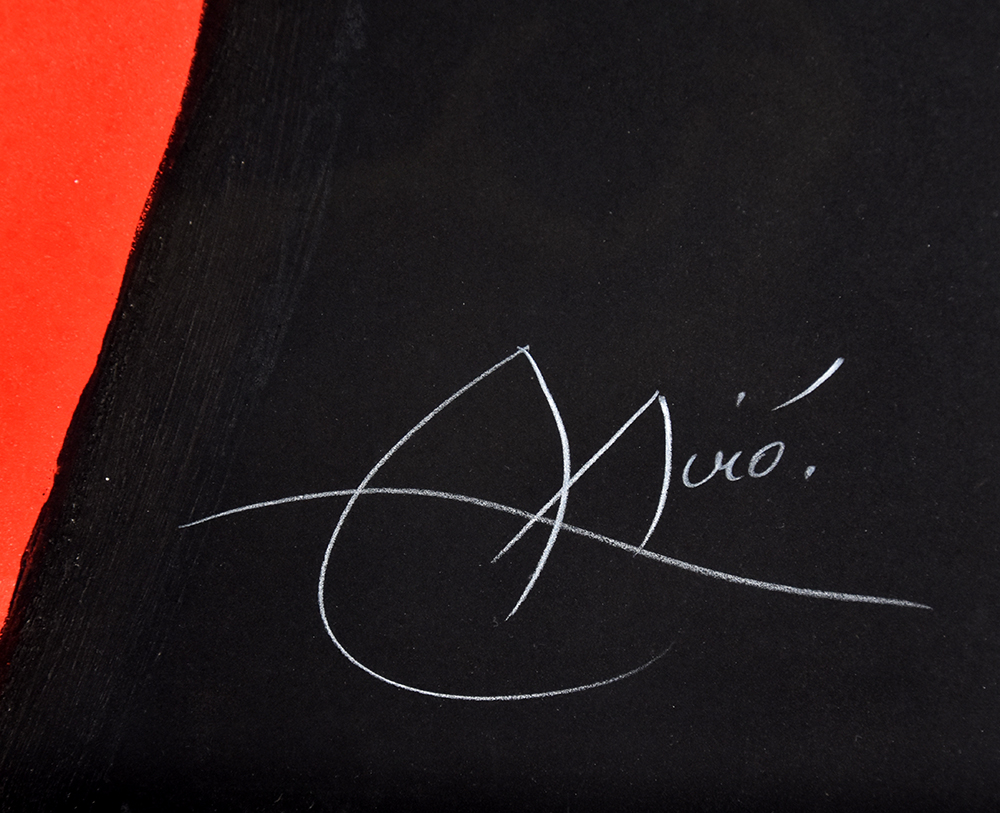 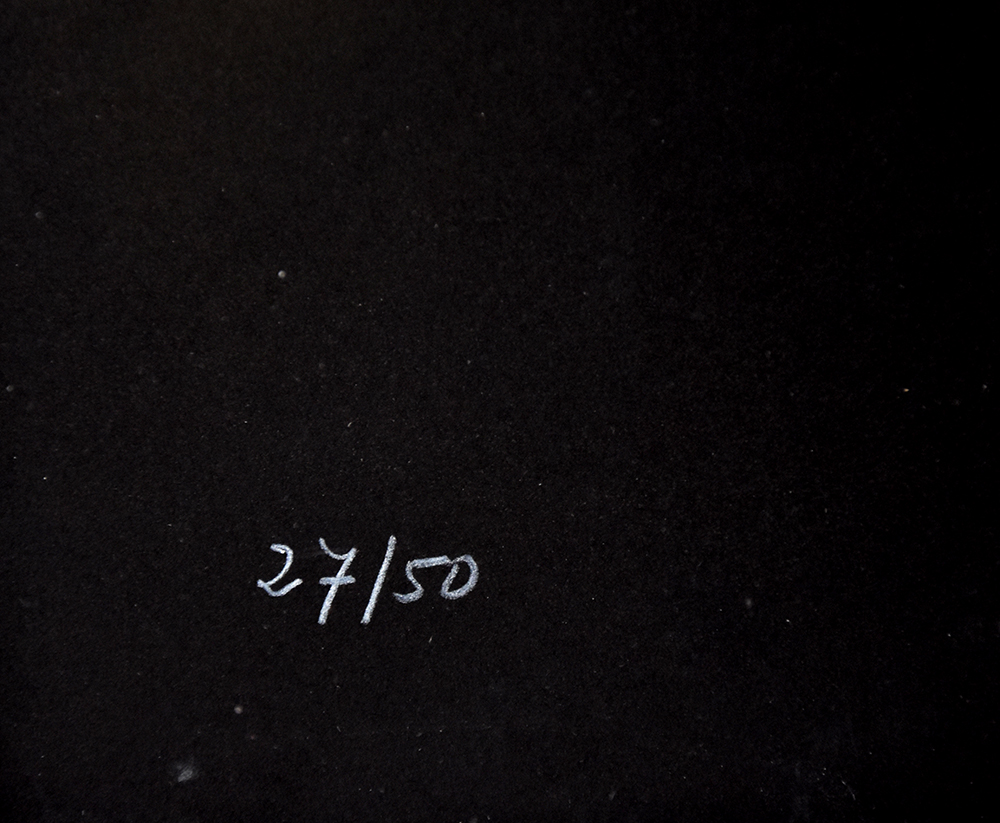 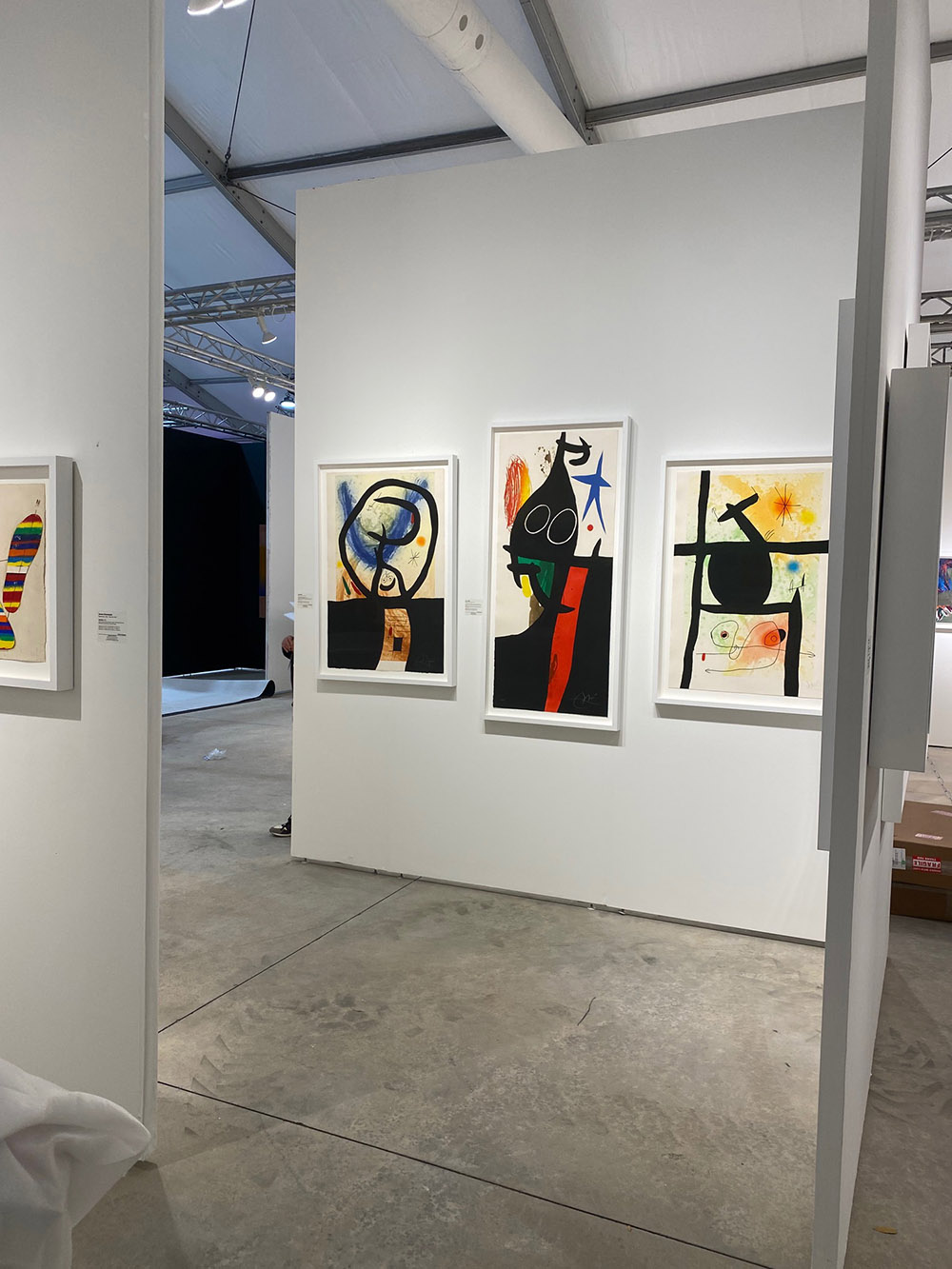 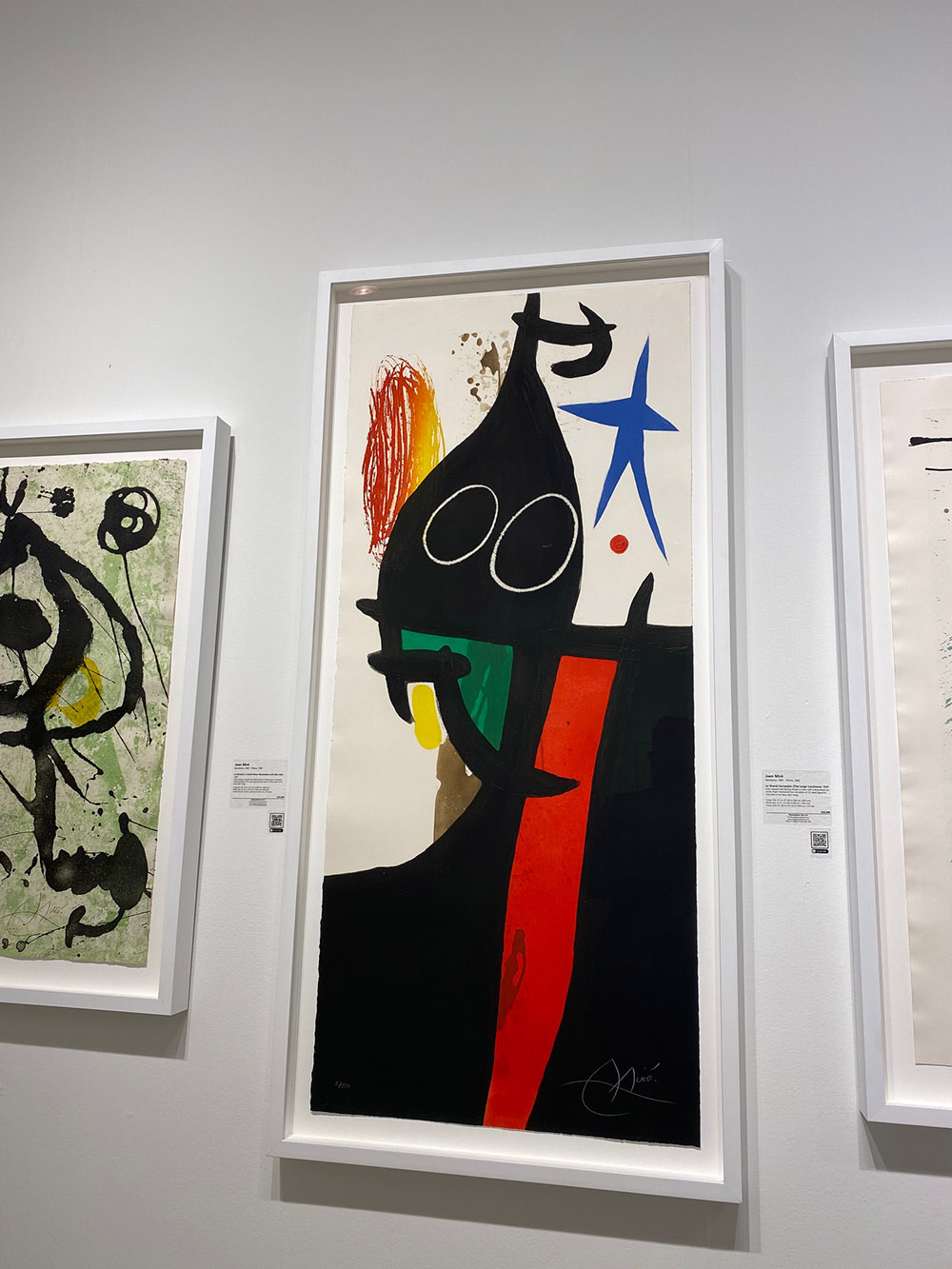 Joan Miró Le Serrasin à L’étoile Bleue (Buckwheat with Blue Star), 1973 is an impressive monolithic composition dominated by a black vertical form, rising out of the bottom and swooping towards the heavens. The dome-shaped top is adorned with two piercing ovals, resembling the whites of dilated eyes, as if a mysterious creature is staring out at us from the night.  At the top right floats a sharp-point elongated star, joined by Miró’s signature single red dot. To their left is a bouquet of energetic scribbles, glowing in a gradient of yellow and red. The colors of the bouquet are echoed below, first in a single bright mark of yellow then in a long flowing strip of red running through the core of the ruling black form. The piece is enchanting in its enigmatic and playful symbols and colors. The stretched out compositional space endows the work with the spiritual beauty of Japanese scrolls, while Miro’s unique mark marking gives it a tribal boldness. Enthralling the viewer with a dynamic and mysterious magnetism, this gorgeous creation is a visual pleasure to behold.

Catalogue Raisonné & COA:
Joan Miró Le Serraxsin à L’étoile Bleue (Buckwheat with Blue Star), 1973 is fully documented and referenced in the below catalogue raisonnés and texts (copies will be enclosed as added documentation with the invoices that will accompany the sale of the work).