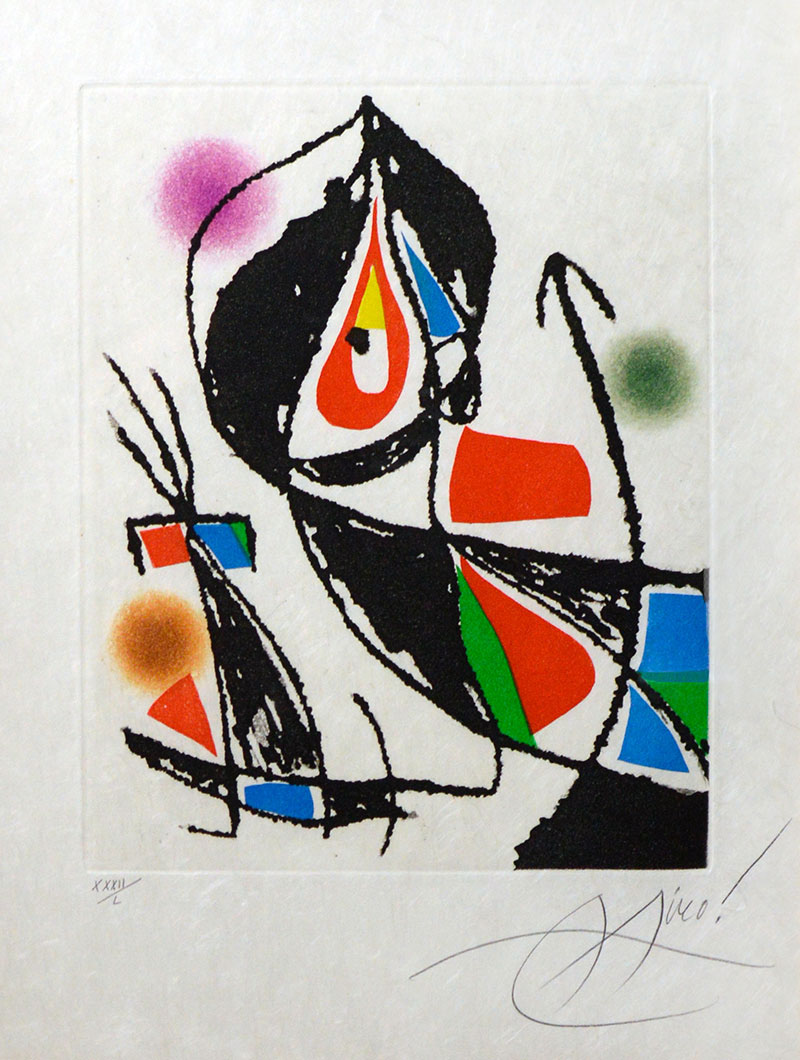 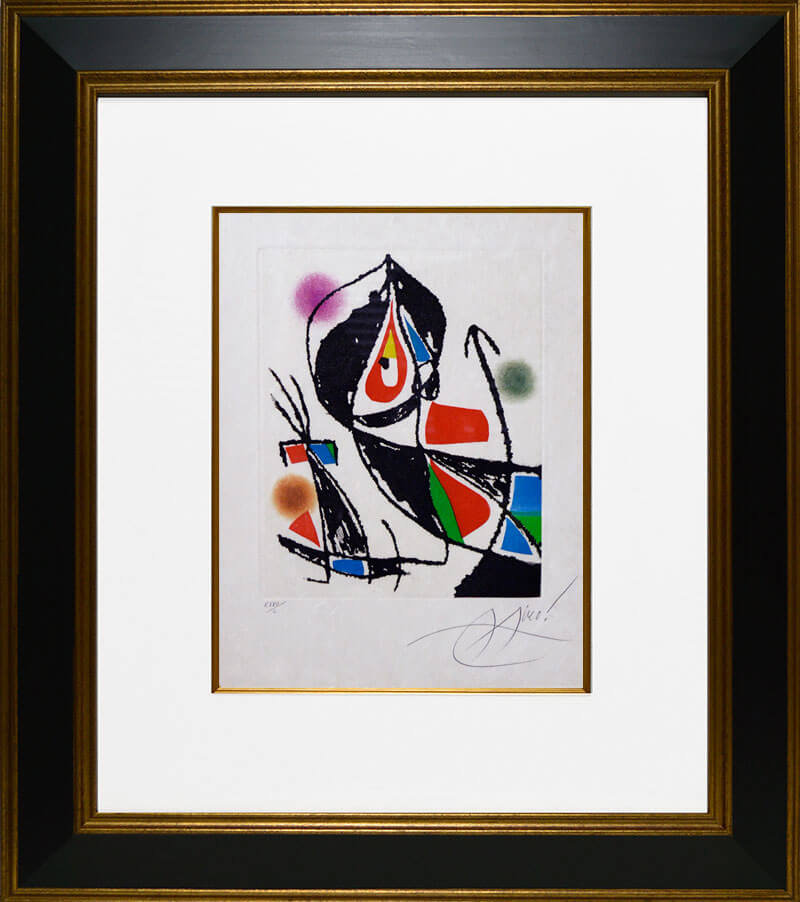 A selection from the publication that accompanies this image reads, “Man the imitated illusion, Pure eyes in the woods, Are searching in tears for a habitable head.” In this abstract character one can see Miró’s interpretation of the Char’s vision. Depicting a bold and colorful image with a variety of textural qualities, Joan Miró Le marteau sans maitre XXI (The Hammer Without a Master XXI), 1976 conveys a sense of movement and liveliness with a depth and longing. The juxtaposition of vertical and horizontal lines set against a textured background with the varying colors creates an engaging work that leads the viewer's eye from the center of the composition outwards, always engaging.

Created in 1976, this color etching and aquatint is the 21st of 23 such images published to accompany a 176 page volume of poems by René Char titled Le Marteau Sans Maitre (The Hammer Without a Master). This work is hand-signed by Joan Miró (Barcelona, 1893 – Palma, 1983) in pencil in the lower right.From the signed and numbered edition of 50 in Roman numerals, this work was published by Le Vent d’Arles, Paris and printed by Morsang, Paris.

Catalogue Raisonné & COA:
Joan Miró The Hammer Without a Master XXI (Le marteau sans maitre XXI), 1976 is fully documented and referenced in the below catalogue raisonnés and texts (copies will be enclosed as added documentation with the invoices that will accompany the final sale of the work).

About the Framing:
Framed to museum-grade, conservation standards, Joan Miró The Hammer Without a Master XXI (Le marteau sans maitre XXI), 1976 is presented in a complementary moulding and finished with silk-wrapped mats and optical grade Plexiglas.