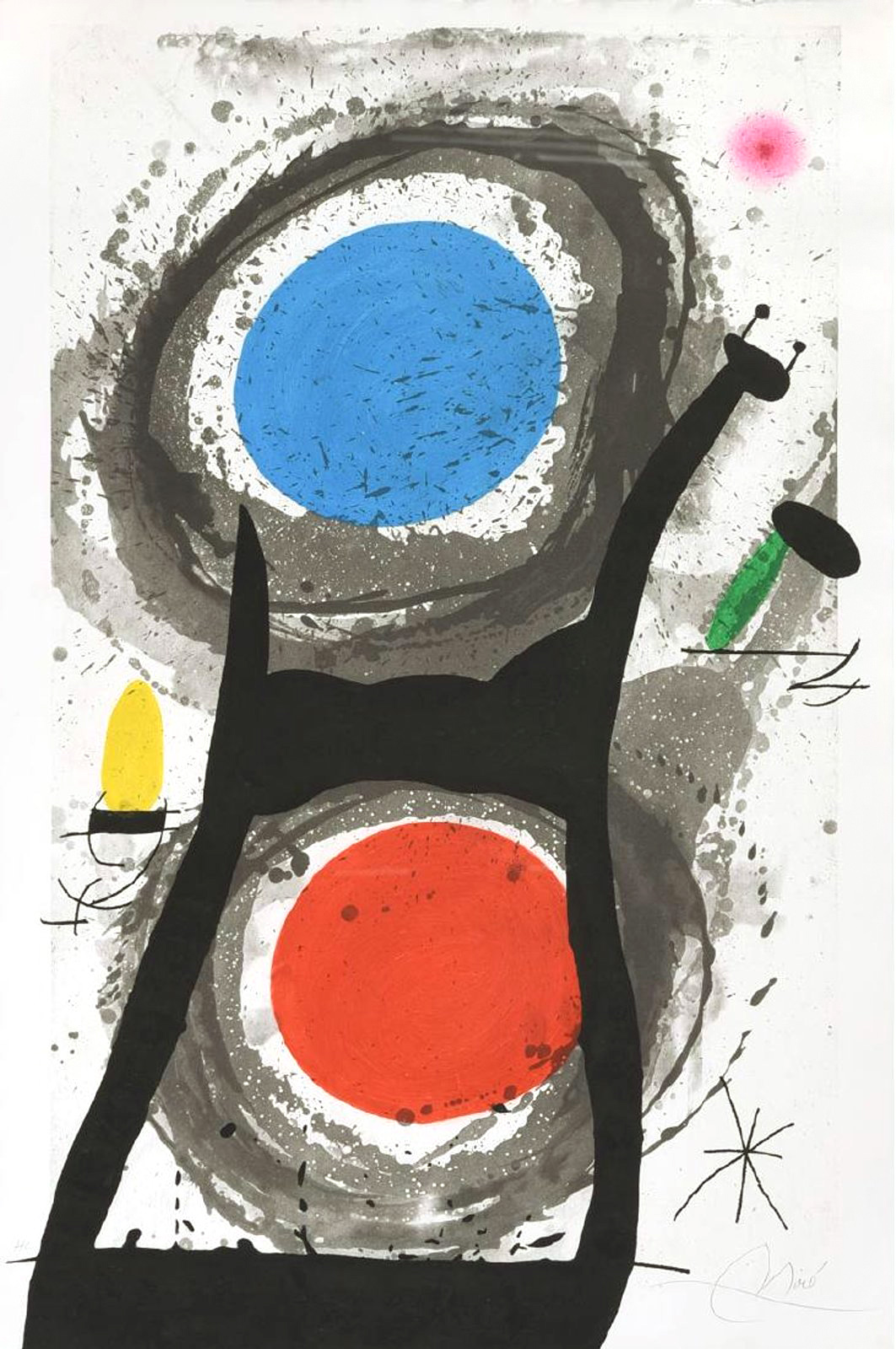 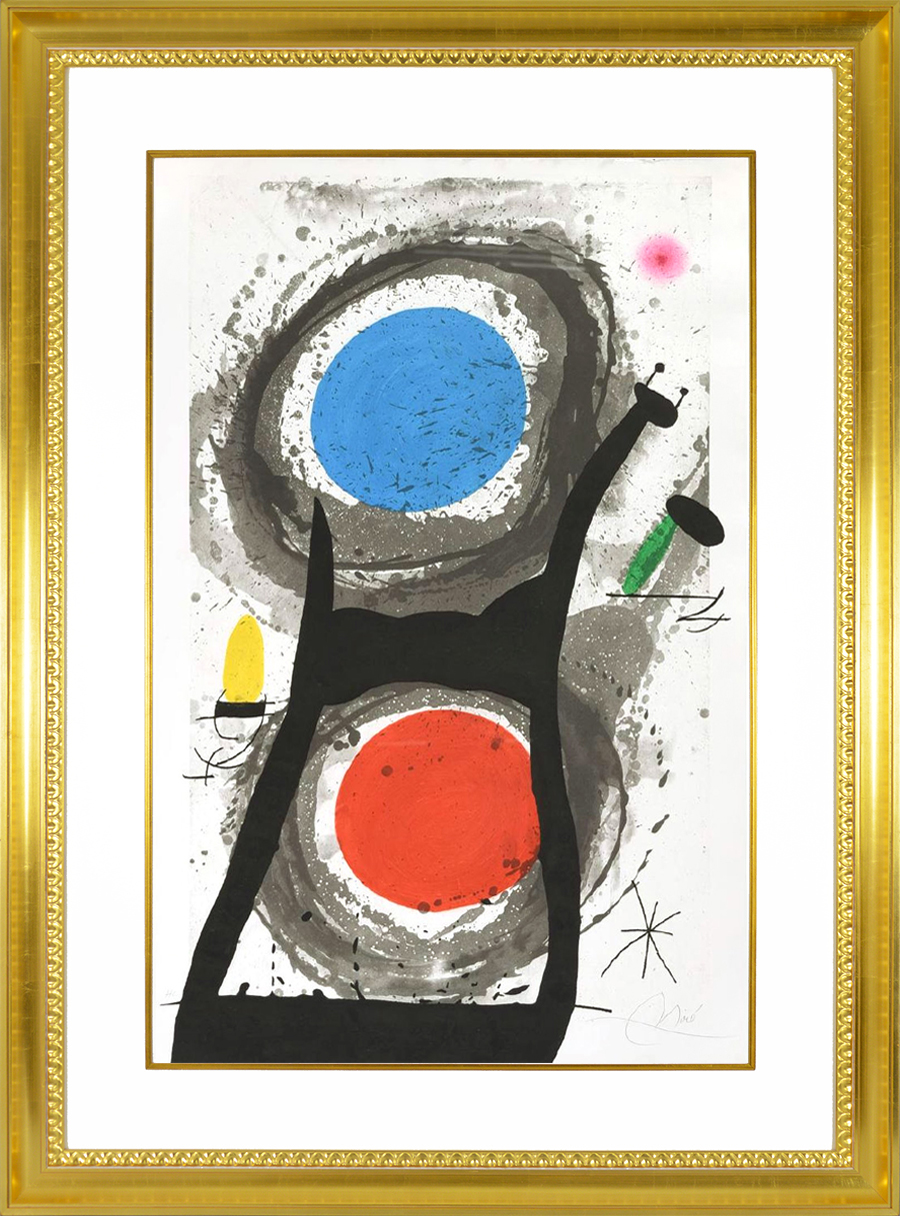 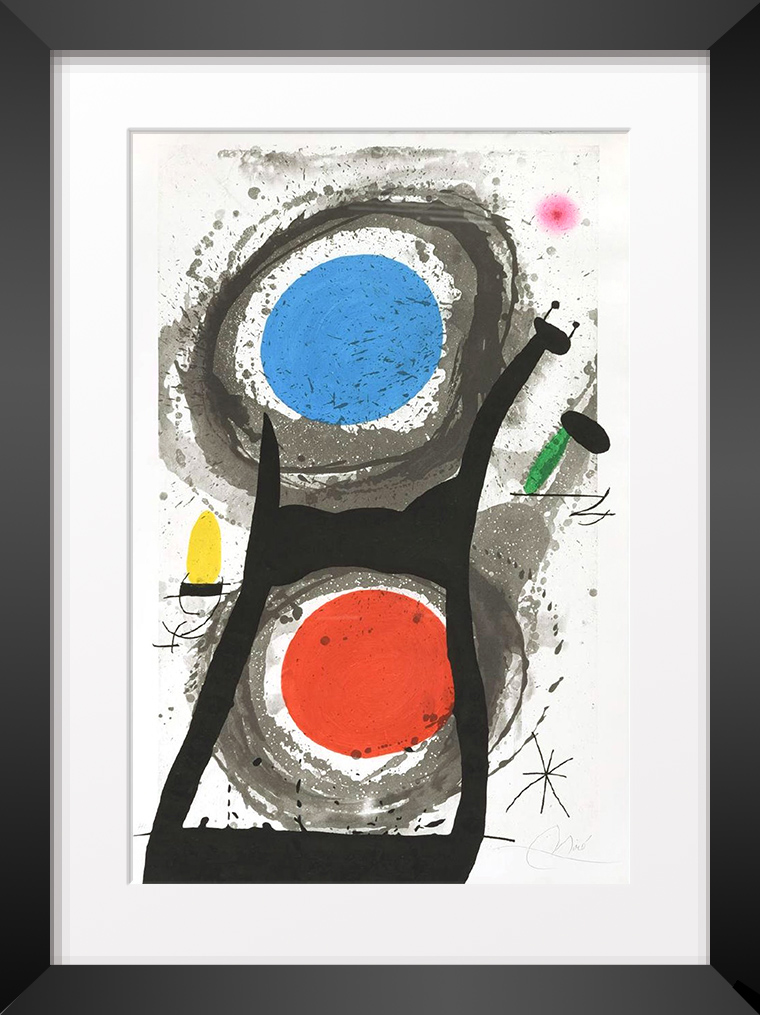 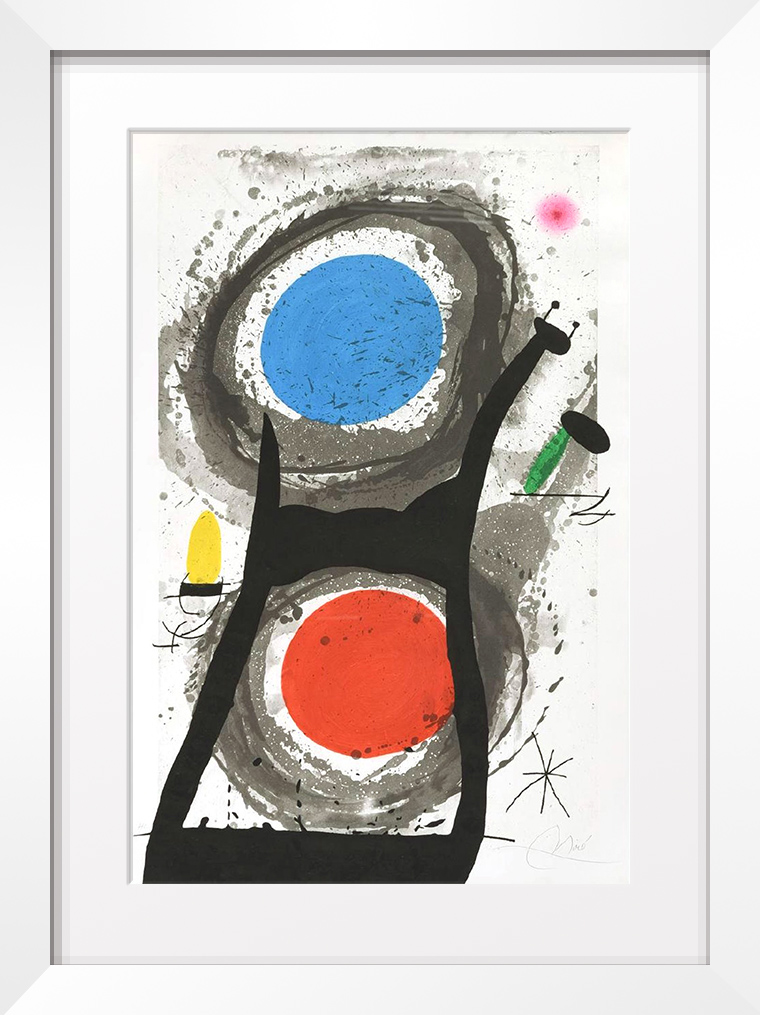 In light of Miró’s best work, he fascinates, amazes, and astounds - l’Adorateur du Soleil being no exception.  It is widely known that the period between 1967-69 became the golden era of his printmaking work, achieving several of his most notable pieces during this time.

Joan Miró has often been referred to as an artist who was part of the Surrealist movement by attempting to visually analyze scenes of the human psyche and manifesting them into bright drips, strokes, and splashes of color.  Through these varying modes of expression we see a glimpse into Miró’s own artistic energy and creativity.  With l’Adorateur du Soleil, bold circles of blue and red are placed on top of one another, encased in a swirling motion of black strokes dotted with bits of green, pink, and yellow.  The print holds a textured surface quality; one can literally feel the color emanating from the work.  His use of expressive splatters of line and form swirl around like masses of energy and life; he creates for an audience that shares his same passion and spirit as seen specifically with this piece.  These ideas of conceptual motion, brightly colored and inherently full of vivacity, are what makes Miró one of the most treasured artists of our time.

Created in 1969, L'Adorateur du Soleil (Sun Worshipper), 1969 is a color etching with aquatint & carborundum, hand-signed by Joan Miró (Barcelona, 1893 - Palma, 1983) in pencil in the lower right. An artist's proof inscribed “H.C.” (Hors de Commerce) in pencil in the lower left; aside from the numbered edition of 75. Published by Maeght éditeur, Paris and printed by Morsang, Paris.

Joan Miró L'Adorateur du Soleil (Sun Worshipper), 1969 is fully documented and referenced in the below catalogue raisonnés and texts (copies will be enclosed as added documentation with the invoices that will accompany the final sale of the work).