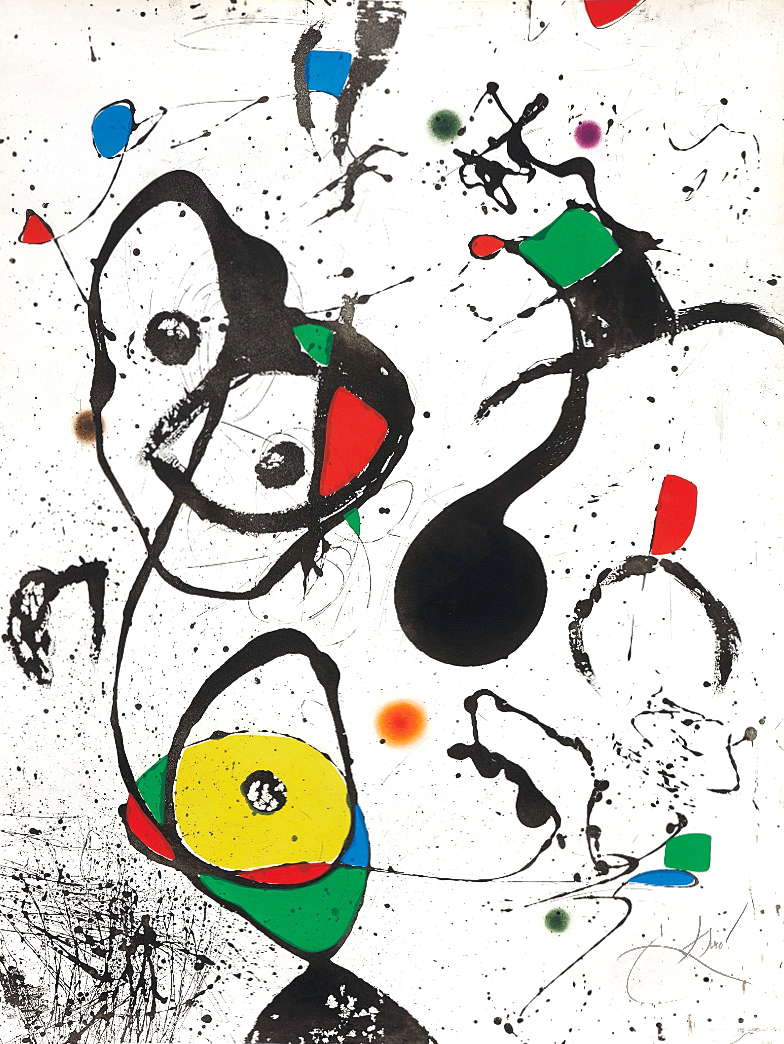 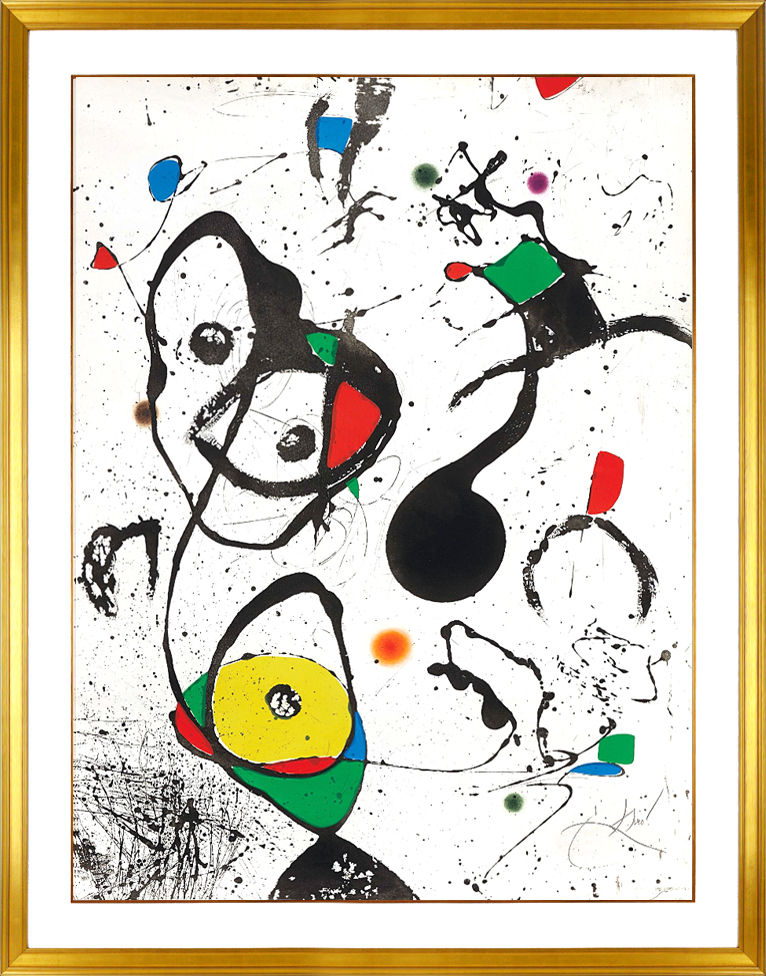 Joan Miró La Reine des éphémères (The Queen of Éphémeres), 1975, is a large sized etching and aquatint which is both immersive and abstract. Bold colors, animated imagery, and vivid spontaneity are standard to Miró's iconic works, and this piece is no exception. The image of joy and motion is apparent in this piece, with the use of contrasting elements that eloquently capture the viewer’s attention. Sinuous black lines surround colors of green, blue, red and yellow. Beyond the lines, loose, splattered black dots decorate the page. These details form playful, spontaneous image. The central figure appears to be dancing to a joyful song, the accompanying splatters resembling music notes. Two black dots resembling eyes stare beguilingly back at its audience. While the varied figures and forms throughout the composition provide a sense of balance and harmony, it is difficult to focus on a single component of this wonderfully captivating work.

Catalogue Raisonné & COA:
Joan Miró The Queen of Éphémeres (La Reine des éphémères), 1975 is fully documented and referenced in the below catalogue raisonnés and texts (copies will be enclosed as added documentation with the invoices that will accompany the sale of the work).

ABOUT THE FRAMING:
This work is framed to museum-grade, conservation standards, Joan Miró La Reine des éphémères (The Queen of Éphémeres), 1975 is presented in a complimentary moulding and finished with silk-wrapped mats and optical grade Plexiglas.