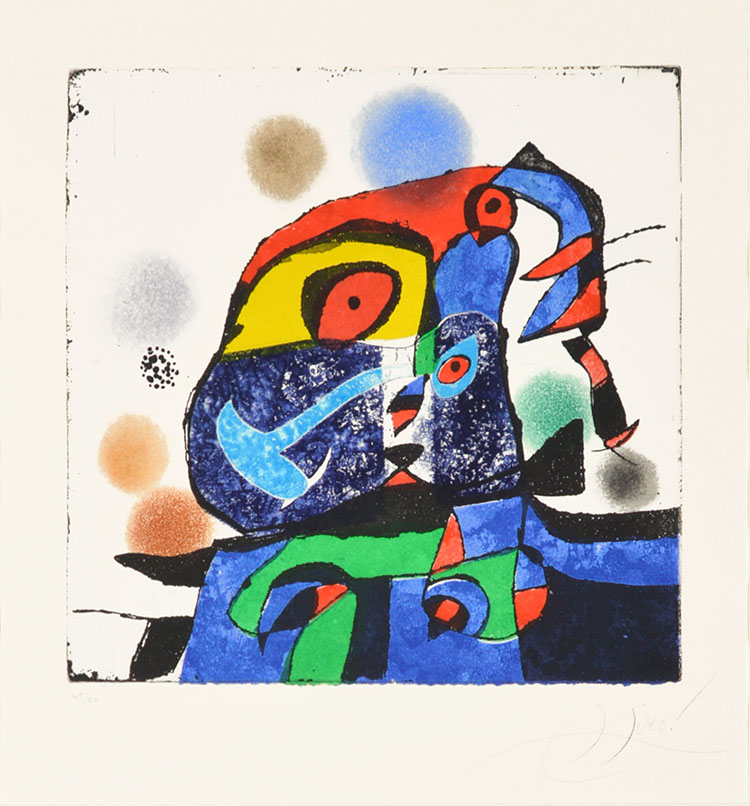 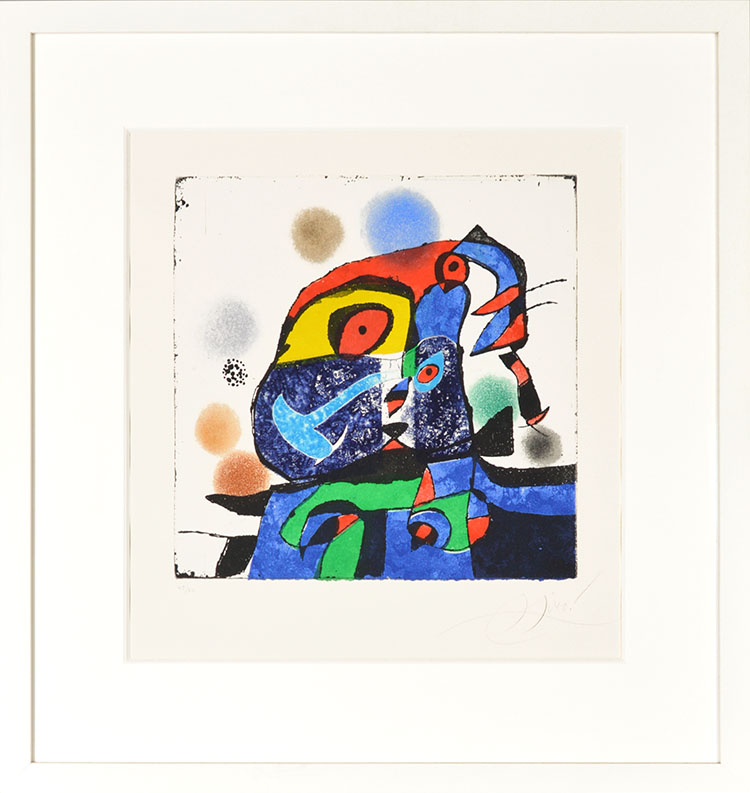 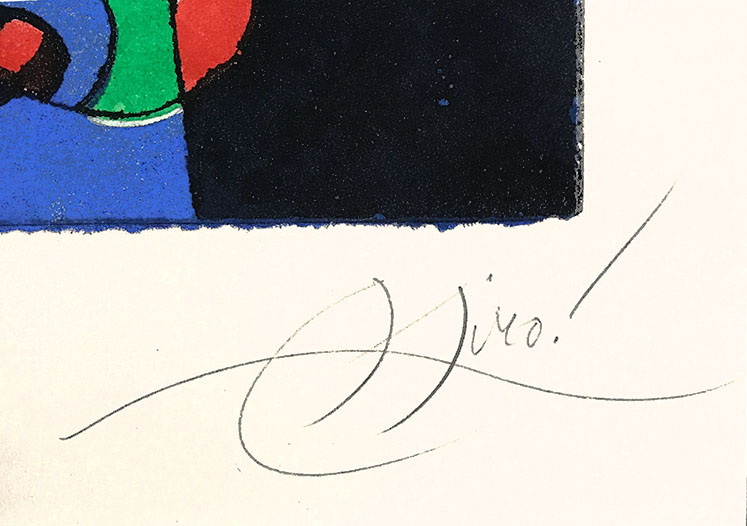 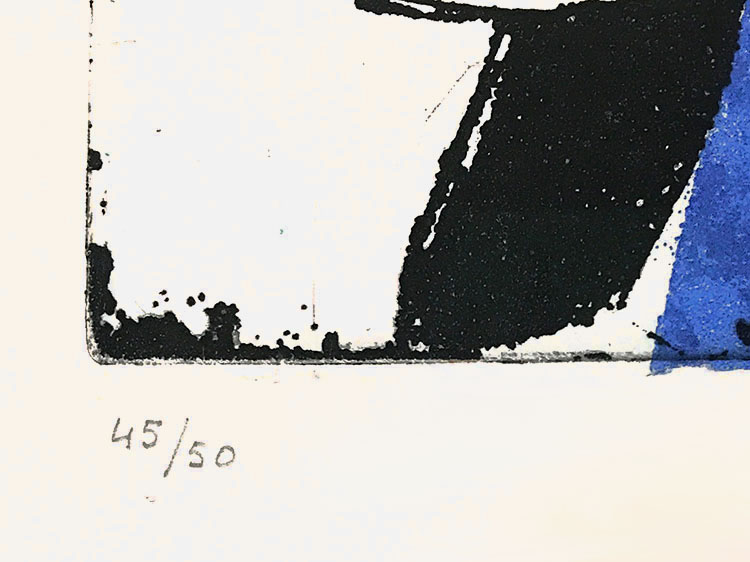 Joan Miró Gaudí V, 1979 is an immensely creative work, with an intricate composition paying homage to one of Miró’s inspirations, the famous architect Antoni Gaudí. The buildings that Gaudí designed are celebrated for their individualized style, and embrace of organic forms. The architect is accredited as a founder of Catalan Modernism, or Modernisme, and his masterpiece is the renowned Sagrada Familia Basilica in Barcelona, Spain. Miró who hails from Barcelona would have been familiar with the Gaudí architecture of his homeland and this piece is a testament to his admiration. The composition is wildly innovative, juxtaposing abstract shapes with the figurative details. The bright colors in Miró’s signature palette of red, yellow, green, and black, overlap and intersect culminating in forms that are distinctly Miró in style. The cascading forms display a similar spirit to the work of Antoni Gaudí, curvilinear and organic in their construction. Amidst amorphous details, three clearly defined eyes appear, each one outlined in black and filled with vivid red, a recurring motif of both Miró’s own body of work and the Surrealist movement. The culminating imagery occupies a space teetering between representation and abstraction, as the viewer is tempted to decode hidden symbols.  A celebration of imagination, and experimentation, this stunning artwork showcases the genius of two great Catalans who drastically influenced the arts.

Created in 1979, this color etching and aquatint on wove appliqué to Arches paper is hand-signed by Joan Miró (Barcelona, 1893 - Palma, 1983) in pencil in the lower right and numbered from the edition of 50 in pencil in the lower left. There were also 15 not for sale copies signed and numbered I/XV to XV/XV.  Published by Maeght, Barcelona and printed by Joan Marbarà, Barcelona.

About the Framing:
Framed to museum-grade, conservation standards, Joan Miró Gaudí V, 1979 is presented in a complementary moulding and finished with silk-wrapped mats and optical grade Plexiglas.