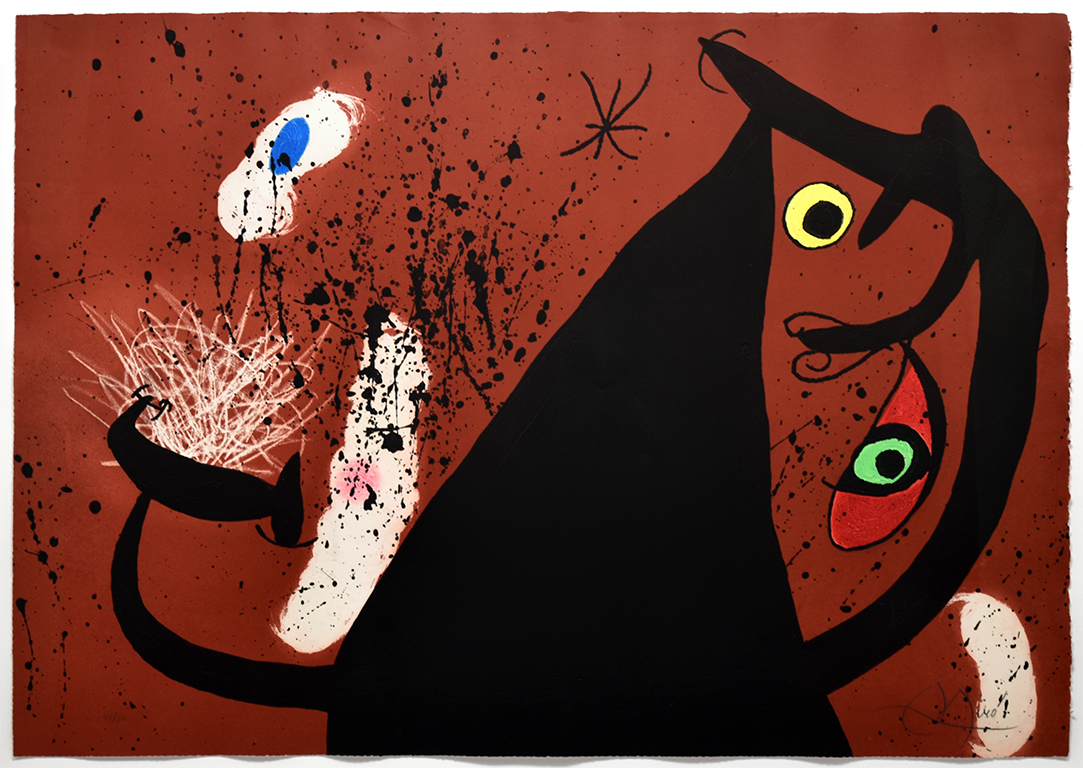 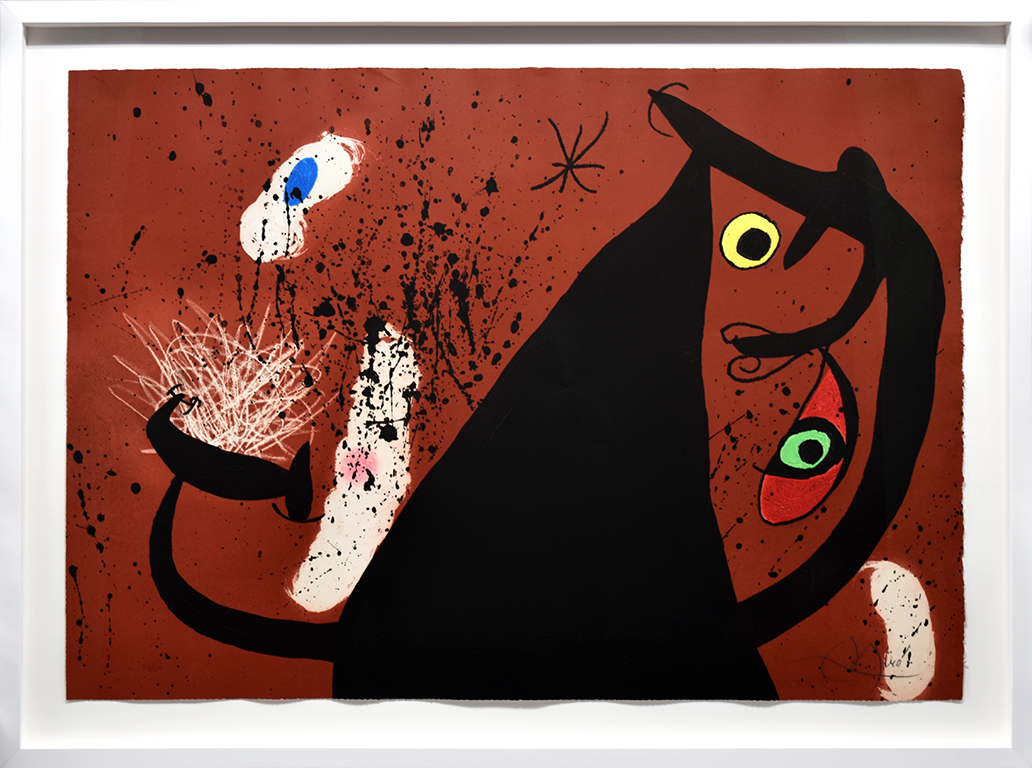 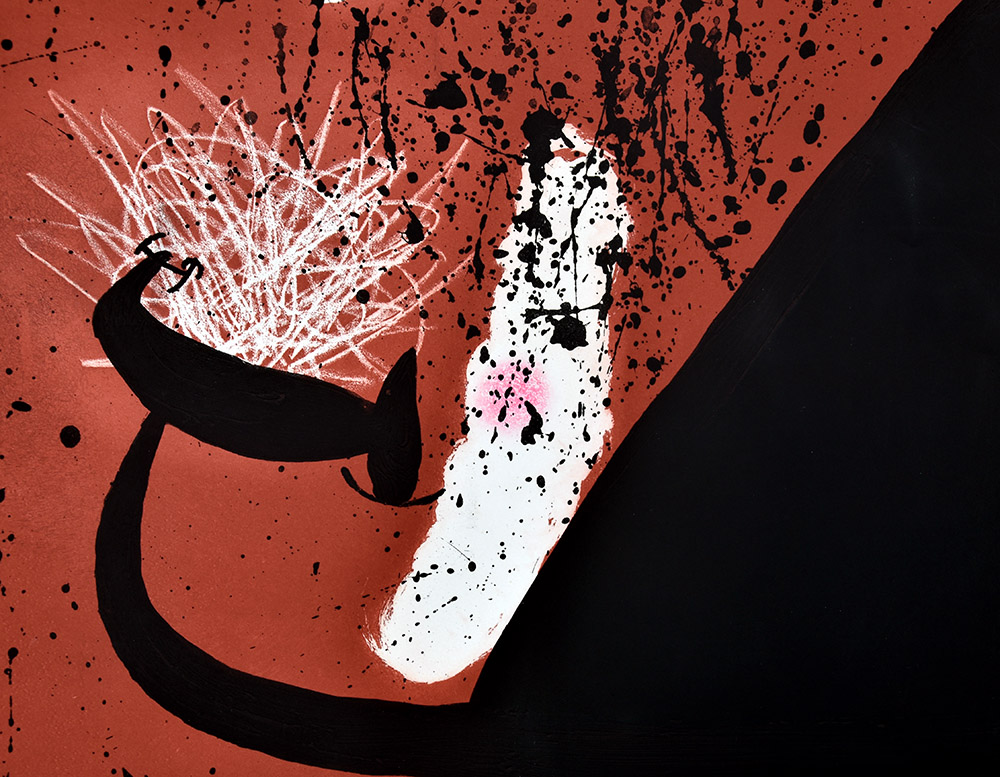 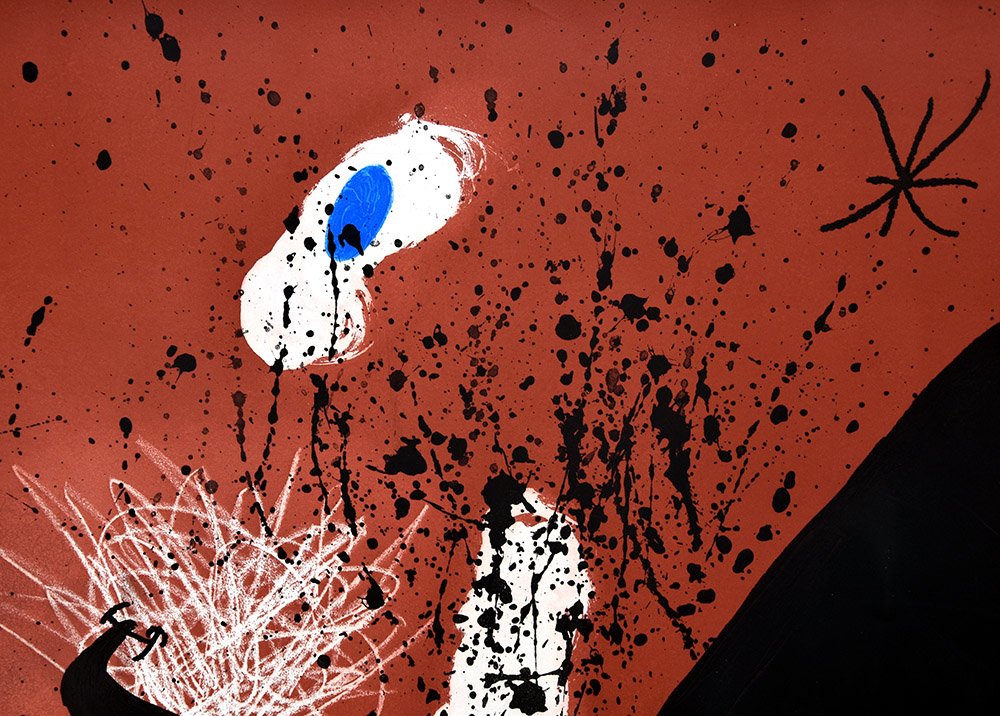 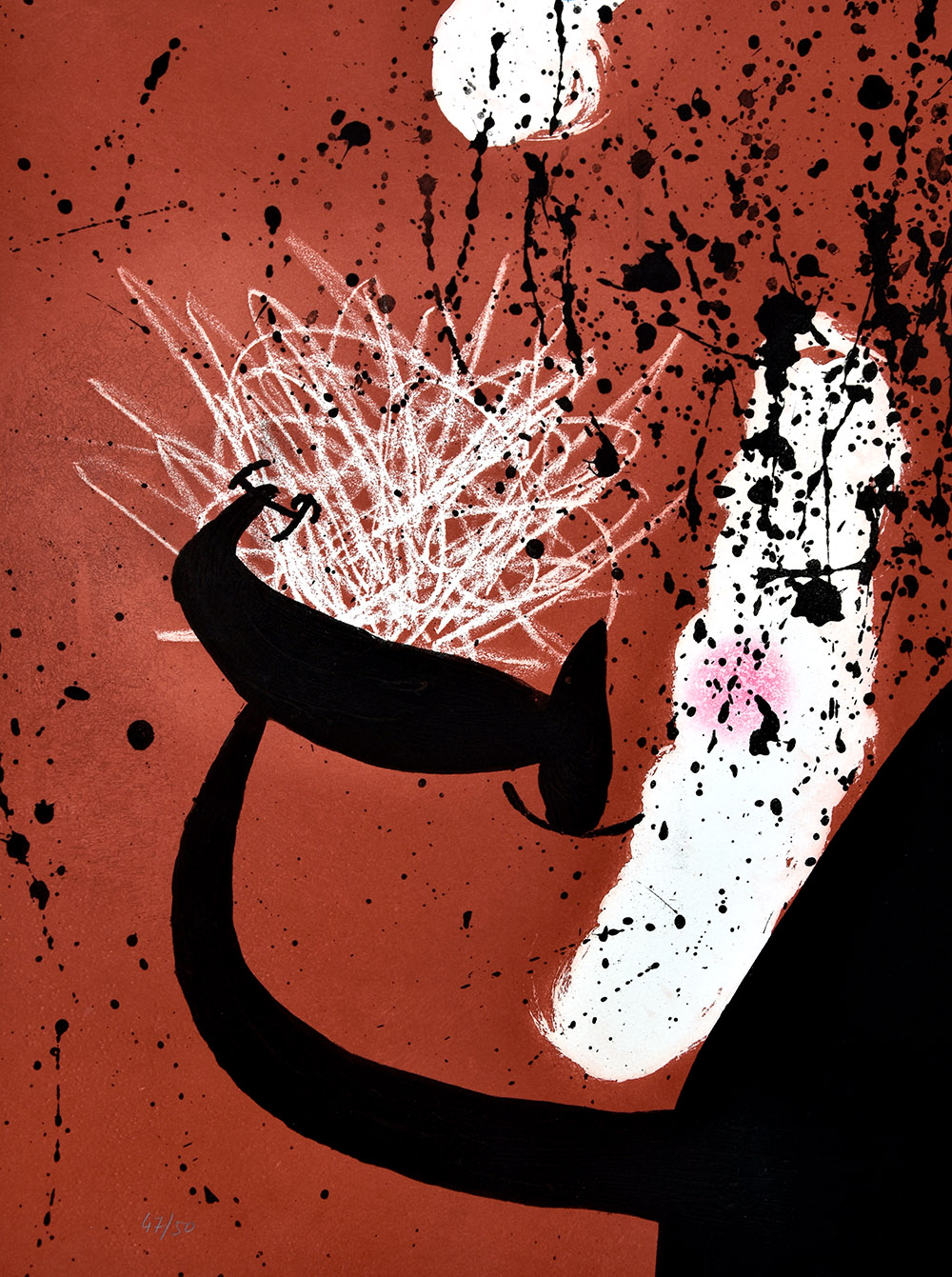 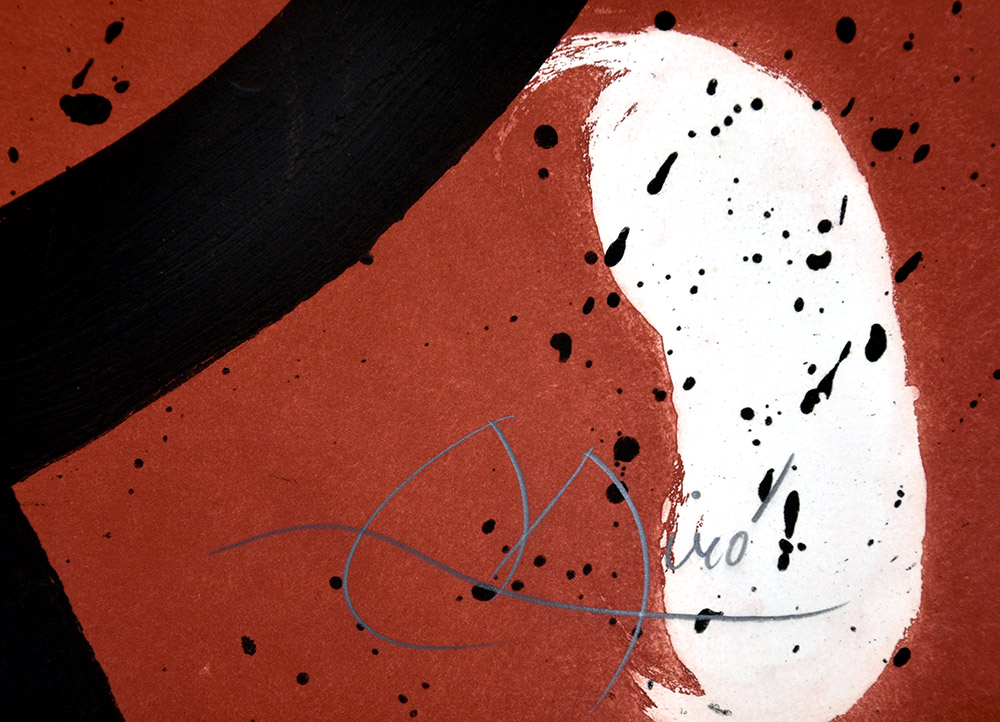 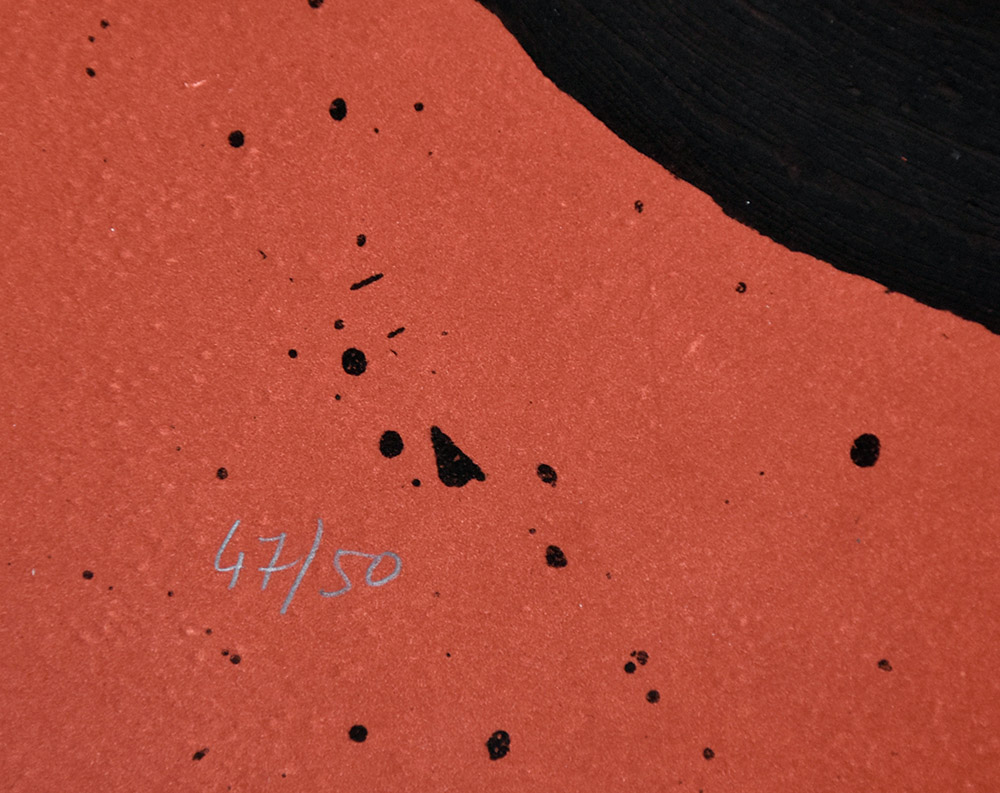 Joan Miró Frappeause de Silex (Flint Strike), 1973 exemplifies the artist’s playful approach to figural representation as well as his whimsical take on subject matter. To the right of the composition, two circular forms, one yellow and the other green, have a smaller solid black circular shape within them and are divided by a thick black curving line that ends with two thin spiraling lines framing its tip. The collective effect of these elements results in a pair of eyes and a nose positioned within an abstracted face leaning back. As such, the triangular form in the center of the composition constitutes an abstracted body, while the thick, curved black line extending from it to the left suggests an arm. At the end of this implied arm, a perpendicular thick line cradles a scribble of white that emulates the chaotic energy of a spark. The rusty hue of the background evokes both the color and warmth of fire, as if the jet black abstracted figure is backlit by flames. Black splatter pepper the work, particularly towards the center left of the composition, which parallels the organic movement and spontaneity of fire.

Catalogue Raisonné & COA:
Joan Miró Frappeause de Silex (Flint Strike), 1973 is fully documented and referenced in the below catalogue raisonnés and texts (copies will be enclosed as added documentation with the invoices that will accompany the sale of the work).

About the Framing:
Framed to museum-grade, conservation standards, Joan Miró Frappeause de Silex (Flint Strike), 1973 is presented in a complementary moulding and finished with silk-wrapped mats and optical grade Plexiglas.