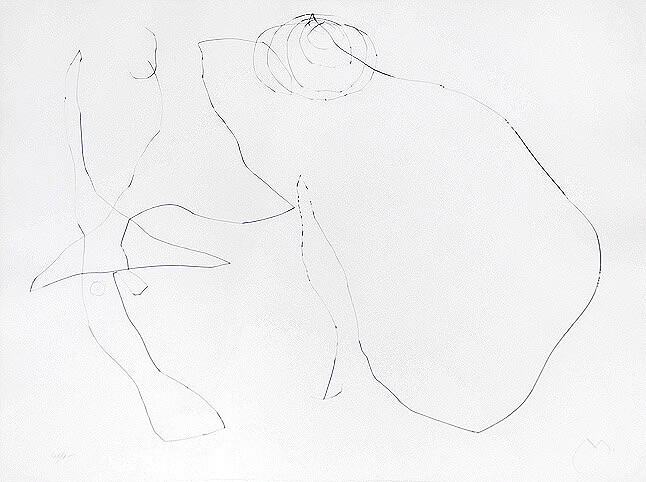 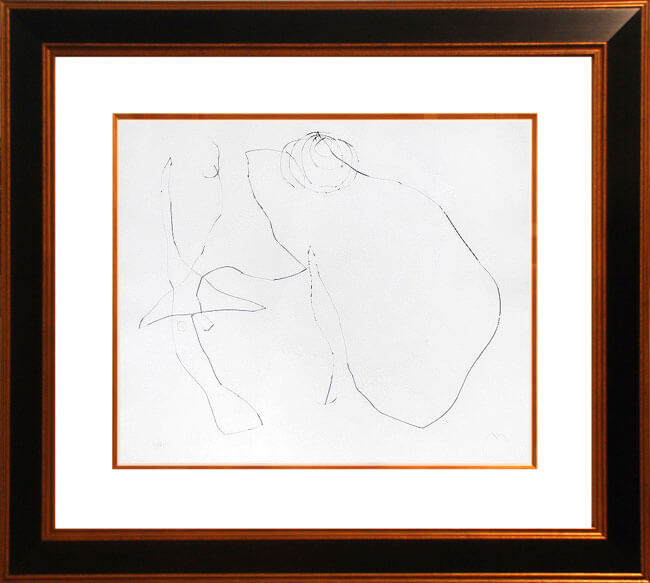 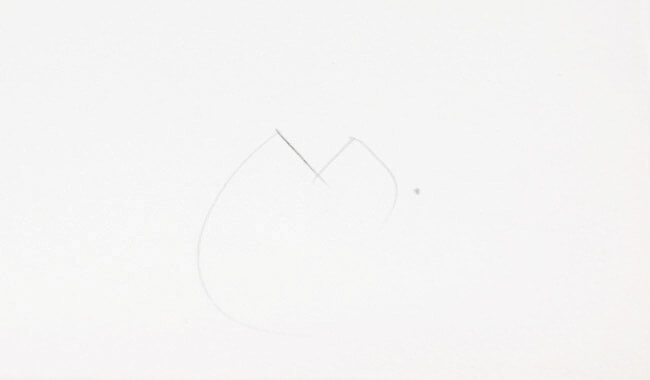 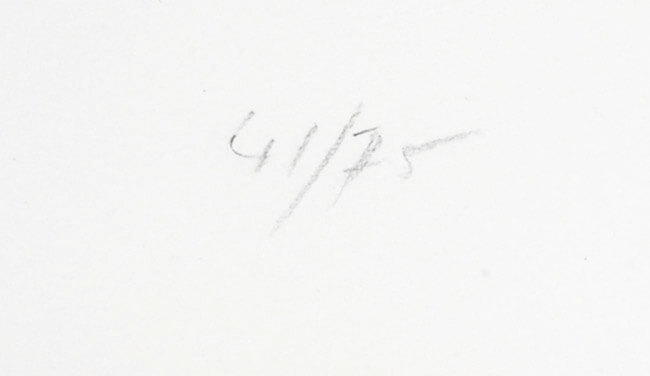 Free-flowing lines dance across the composition in this whimsical work. In physics, magnetic flux (or magnetic flow) is the term used to describe the total amount of magnetic field in a given region. The term flux was chosen because the power of a magnet appears to "flow" out of a magnet at one pole and return to the other pole in a circulating pattern. To René Char and Joan Miró, Flux de l'aimant (Magnetic Flow) is a metaphor for something else, a stab at understanding and visualizing the way that poetry and art work upon those who experience them as electricity works upon magnetic fields.

In this work, Miró hints at the circulating pattern of magnetic flux, creating a work with a sense of spherical motion. Spiraling lines in the upper center create a circular vortex that draws the viewer in while a long, curved line swoops down from the right to convey a larger, elliptical form. To the left, Miró utilizes sharp angles to create jagged points reminiscent of a lobster's pincers. The entire piece appears as if composed from one long, flowing line, for the forms appear continuous and connected as they seamlessly merge together.

Created in 1964, this drypoint etching is one of 17 drypoints in the album Flux de l'aimant. Flux de l'aimant was a collaboration between the poet René Char and Joan Miró (Barcelona, 1893 - Palma, 1983) combining Miró's drypoints (in color and black and white) with Char's meditations upon Miró's art. This work is initialed 'M' by Joan Miró (Barcelona, 1893 - Palma, 1983) in pencil in the lower right and numbered from the edition of 75 in pencil in the lower left [from the total edition of 95 copies (75 signed and numbered on Rives vellum paper; 20 copies annotated H.C. numbered I to XX)]; published by Maeght Éditeur, Paris and printed by Maeght, Levallois-Perret.

2. Cramer, Patrick, Joan Miró, The Illustrated Books: Catalogue Raisonné, 1989.Listed and illustrated as catalogue raisonné no. 88 on pgs. 238 and 239.