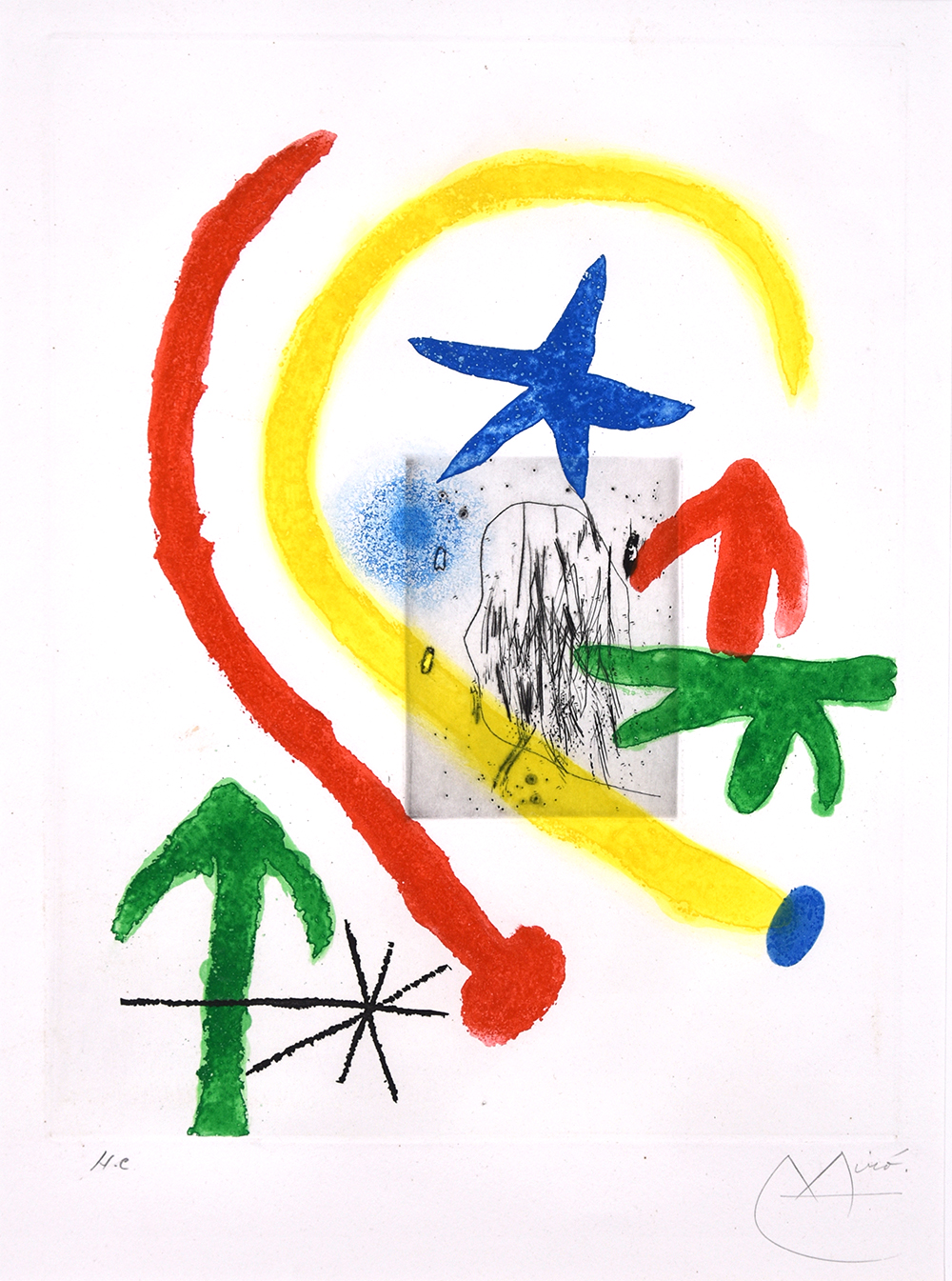 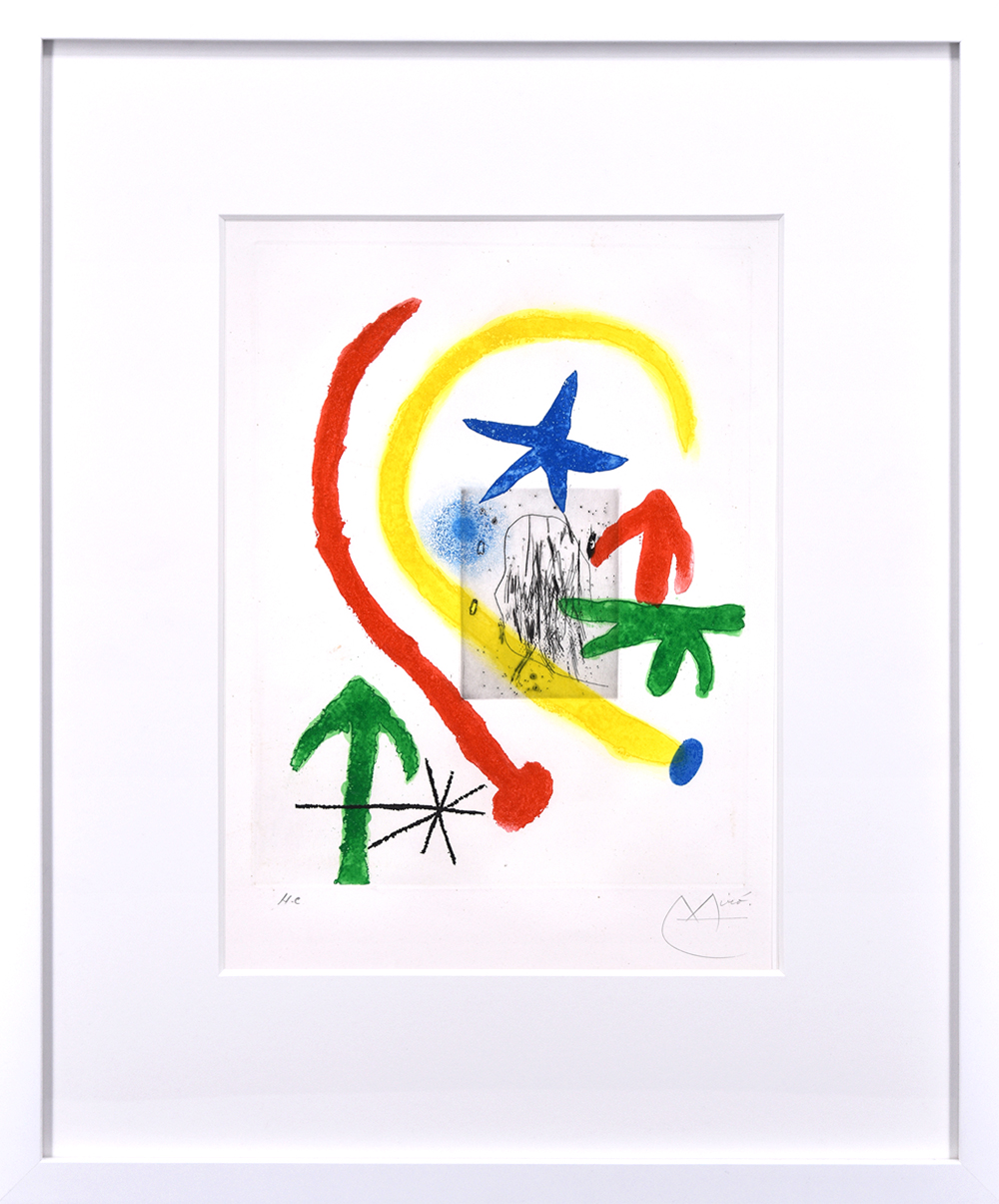 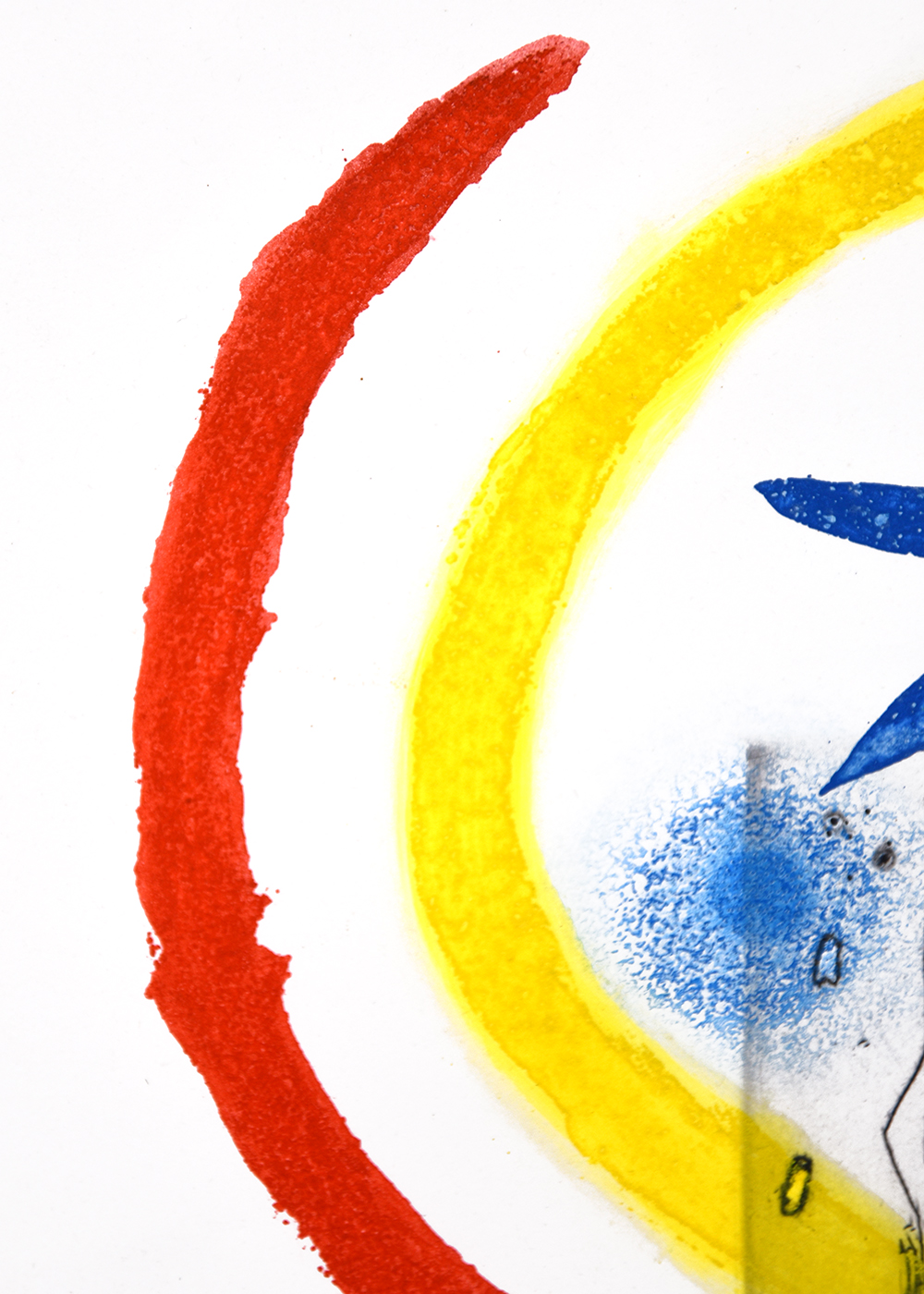 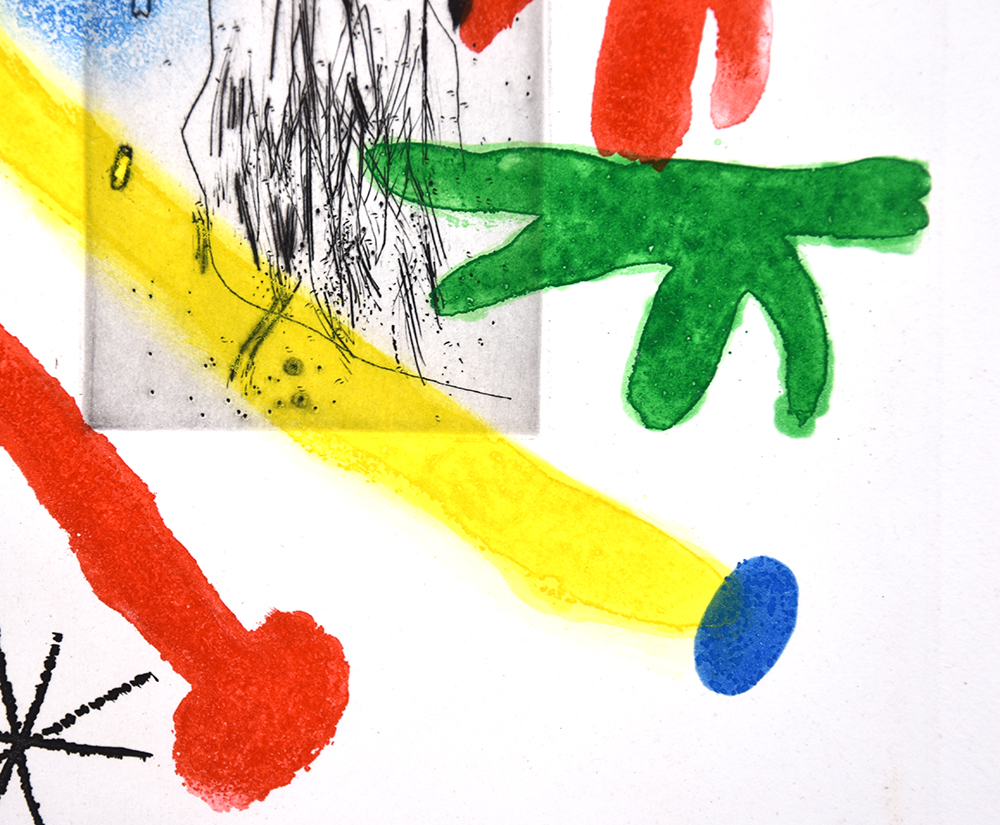 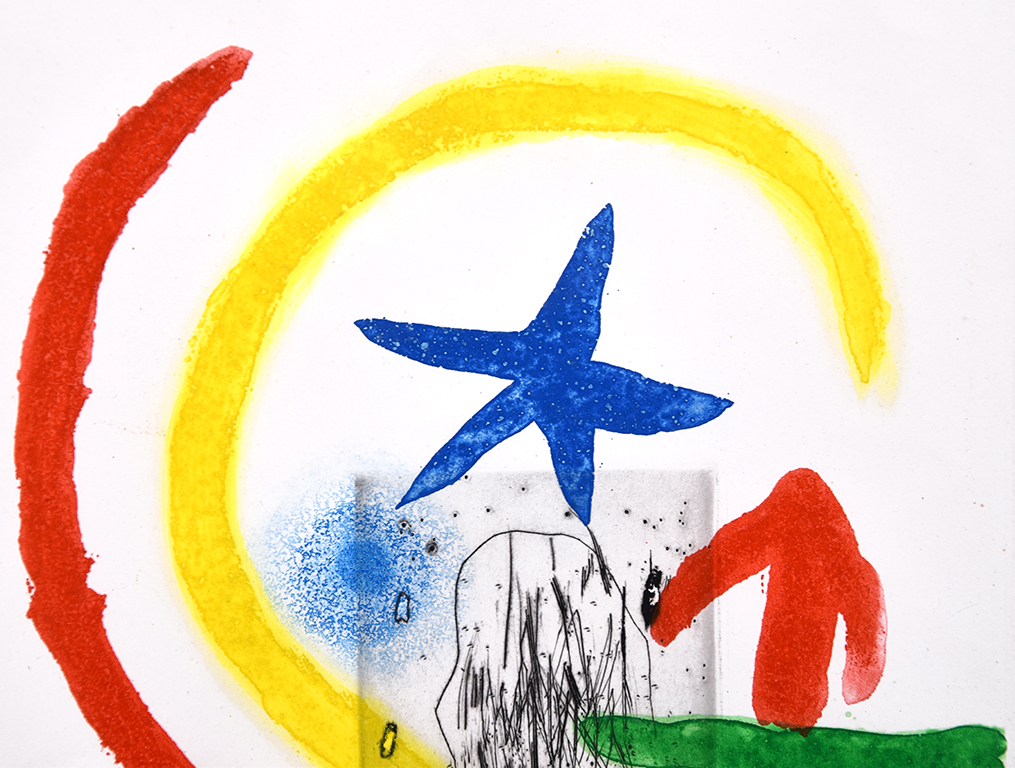 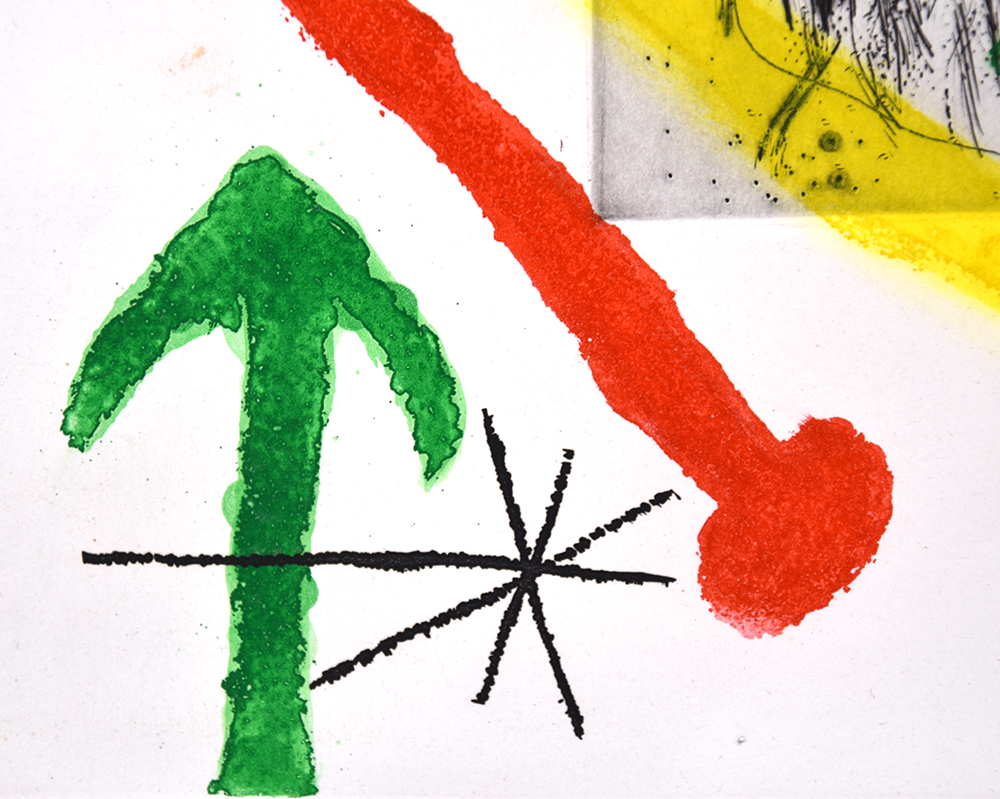 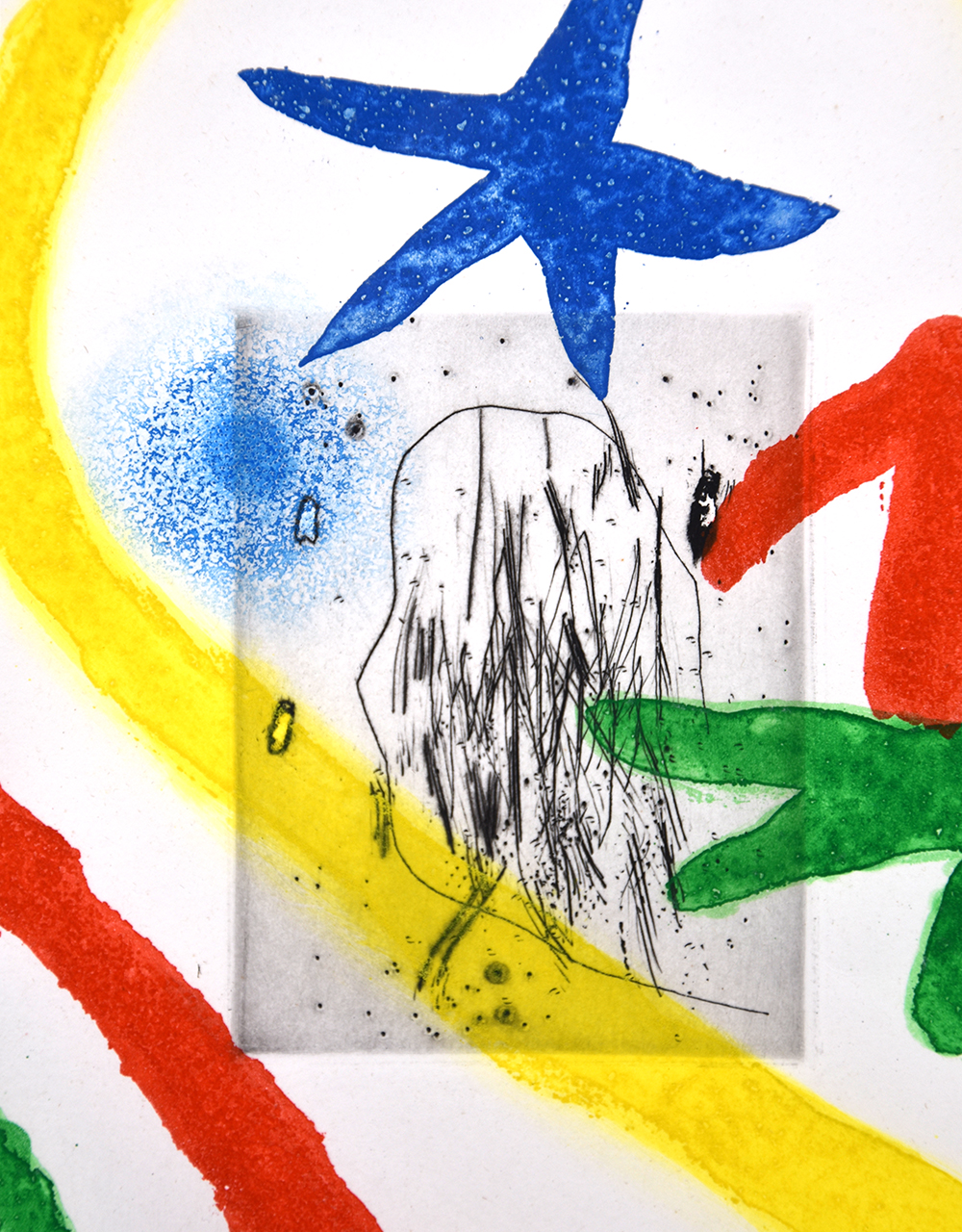 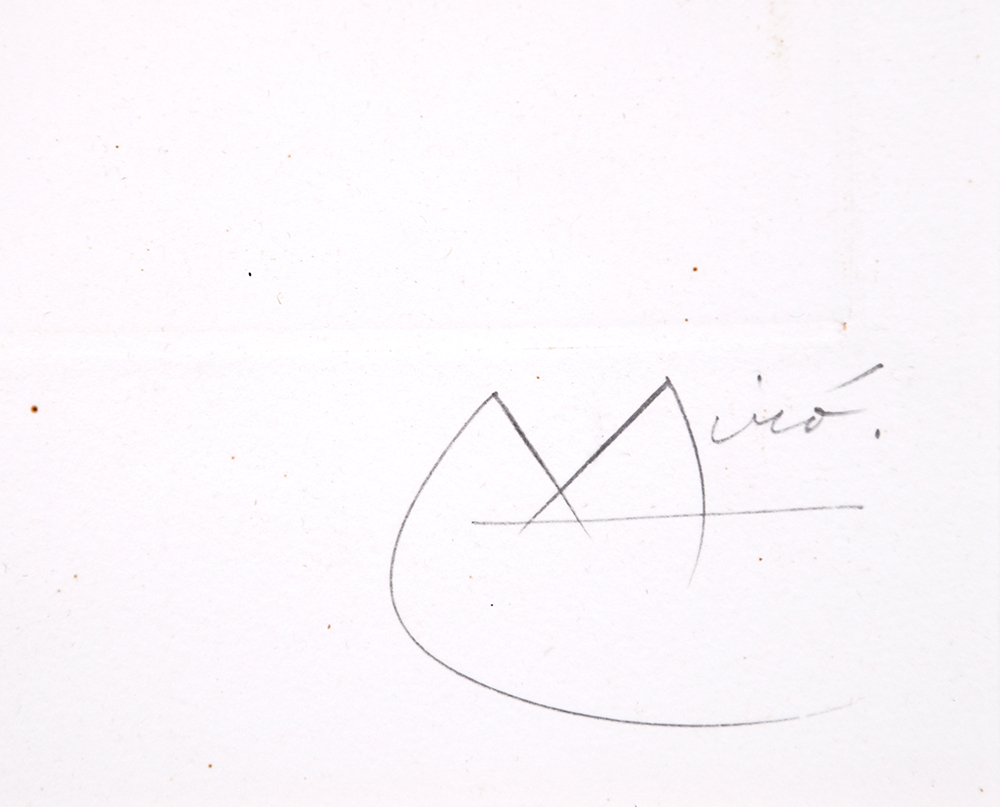 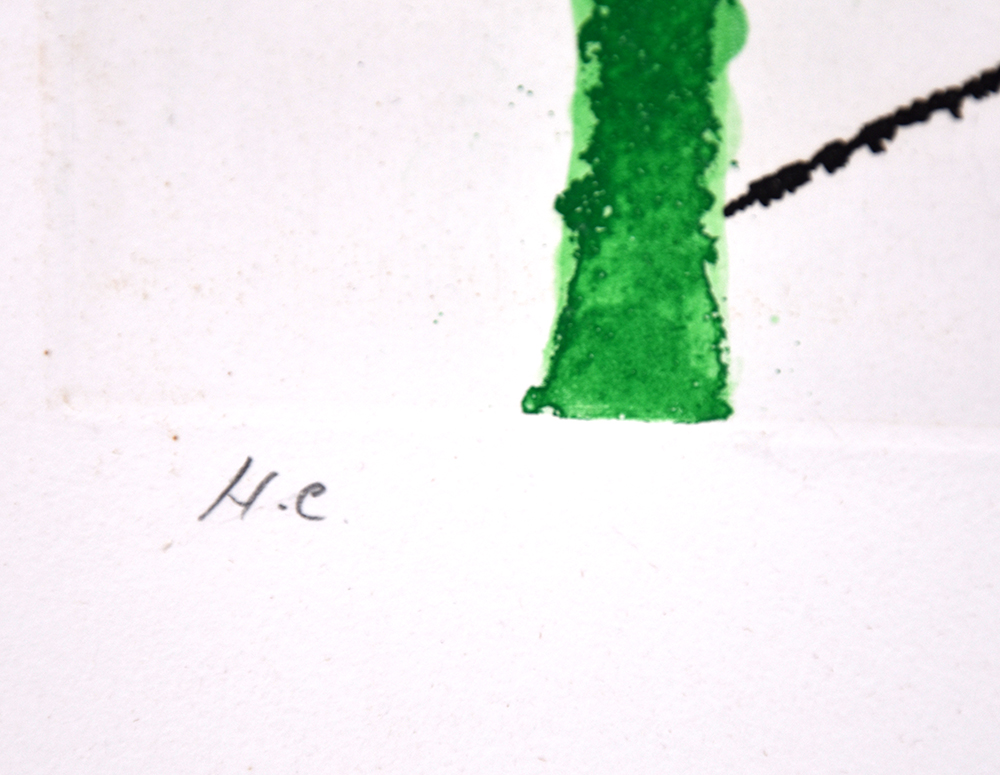 This etching artfully plays with its architectural inspiration in Miro’s signature style. The phrase “chemin de ronde” refers to an architectural feature also known as “wall-walks,” raised, protected pathways that were originally built as a wartime innovation that allowed soldiers to defend high-walled castles from the ground. Miro interpreted his subject matter with his idiosyncratic loose forms but careful composition. By keeping the elements sparse, each motif is given the space and chance to be taken in by the viewer and a wonderful amount of attention is paid to the relationship between them. Vibrant colors—thick lines and playful shapes of bright cerulean, scarlet, yellow, and green—keep the eye moving around the page. The pathway of the work is grounded by two arcs, one scarlet and one yellow, guiding the viewer’s eye down a visual chemin de ronde of Miro’s making. The direction of the work is defined by two arrows, both pointed upward. This etching incorporates some of the artist’s recurring motifs; the angularity of stars and arrows are tempered by the curves immediately juxtaposed to their sides, and the composition is skillful in its command of the balance between positive and negative space. These forms are in direct contrast to what seems to be an imprinted rectangle almost in the center of the page containing thin, black marks. Resembling visceral scratch marks, this part of Chemin de Ronde II contributes to the work’s overall balance by lending an entirely different, less playful, dimension to the work.