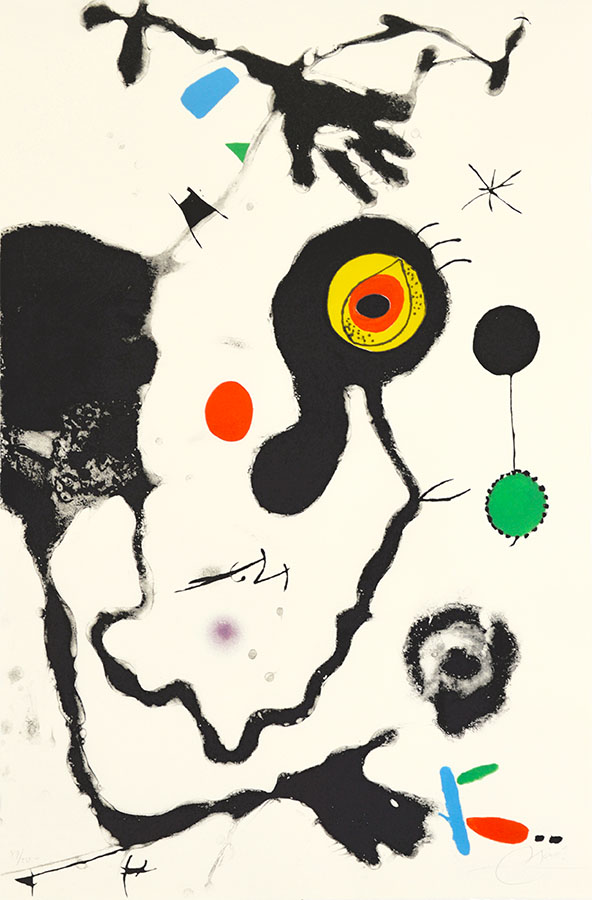 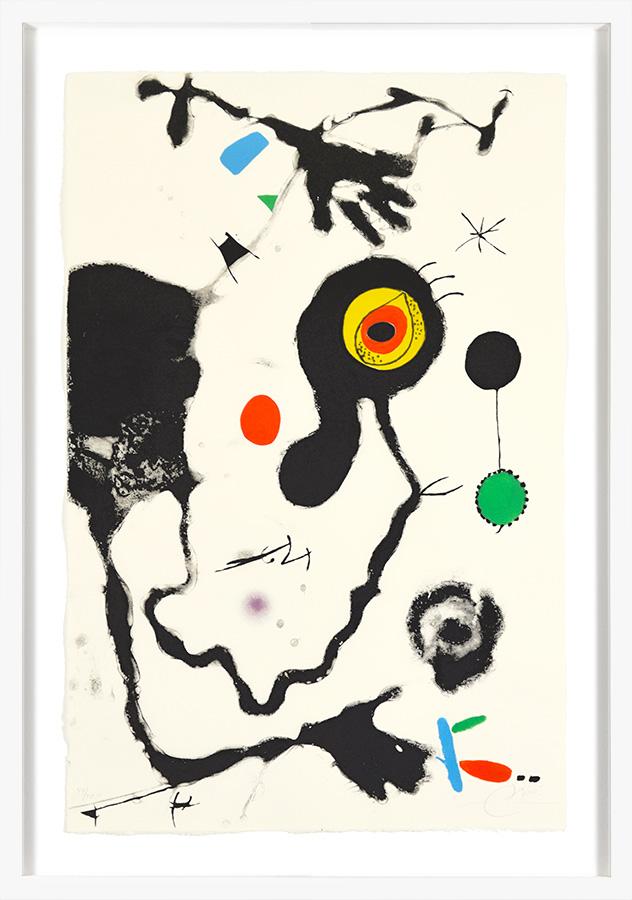 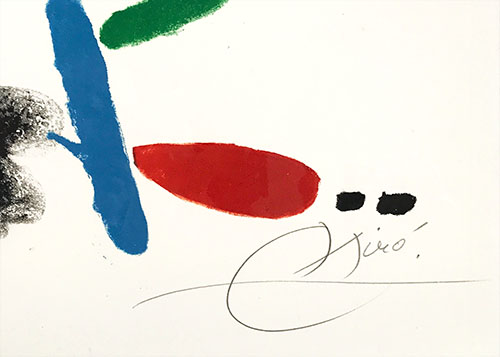 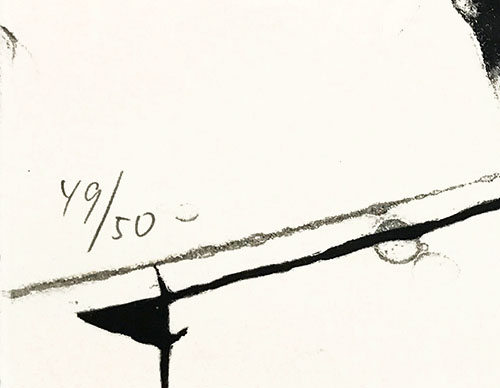 Joan Miró Barcelona, 1972-1973 is a graphic and animated display of the Spanish artist's distinct version of Surrealism. The subject of this grand composition is a mysterious character that could only exist out of Miró's wild imagination. The figure's primary feature is a bold yellow and red eye, outlined in black and flanked with cartoon curling black lashes. Its body is loosely defined with a prominent hooked nose, serpentine neck, and outstretched arms. The figure has two hands, drafted with an uncharacteristic realism, which upon close inspection appear to be the hand-prints of the artist himself. This element grants a glimpse into the automatic and active process of Miró, while also creating a striking visual effect. Color is introduced sporadically around the figure, inserting limited bursts of red, green, and blue circles and rectangles that seem to suggest the character's inner psyche. A truly fascinating work to behold in person, this large scale work is playfully bold.

Created in 1972-1973, Joan Miró Barcelona, 1972-1973 is a color etching, aquatint, and carborundum on Guarro paper. Hand-signed by Joan Miró (Barcelona, 1893 – Palma, 1983) in pencil in the lower right, this work is numbered from the edition of 50 in pencil in the lower left. This work was printed by J. J. Torralba, Barcelona and published by Sala Gaspar, Barcelona. This work is from a series of 13 engravings in etching, aquatint and carborundum gathered together in a portfolio.

Catalogue Raisonné & COA:
Joan Miró Barcelona, 1972-1973 is fully documented and referenced in the below catalogue raisonné and texts (copies will be enclosed as added documentation with the invoices that will accompany the sale of the work).

About the Framing:
Framed to museum-grade, conservation standards, Joan Miró Barcelona, 1972-1973 is presented in a complementary moulding and finished with silk-wrapped mats and optical grade Plexiglas.