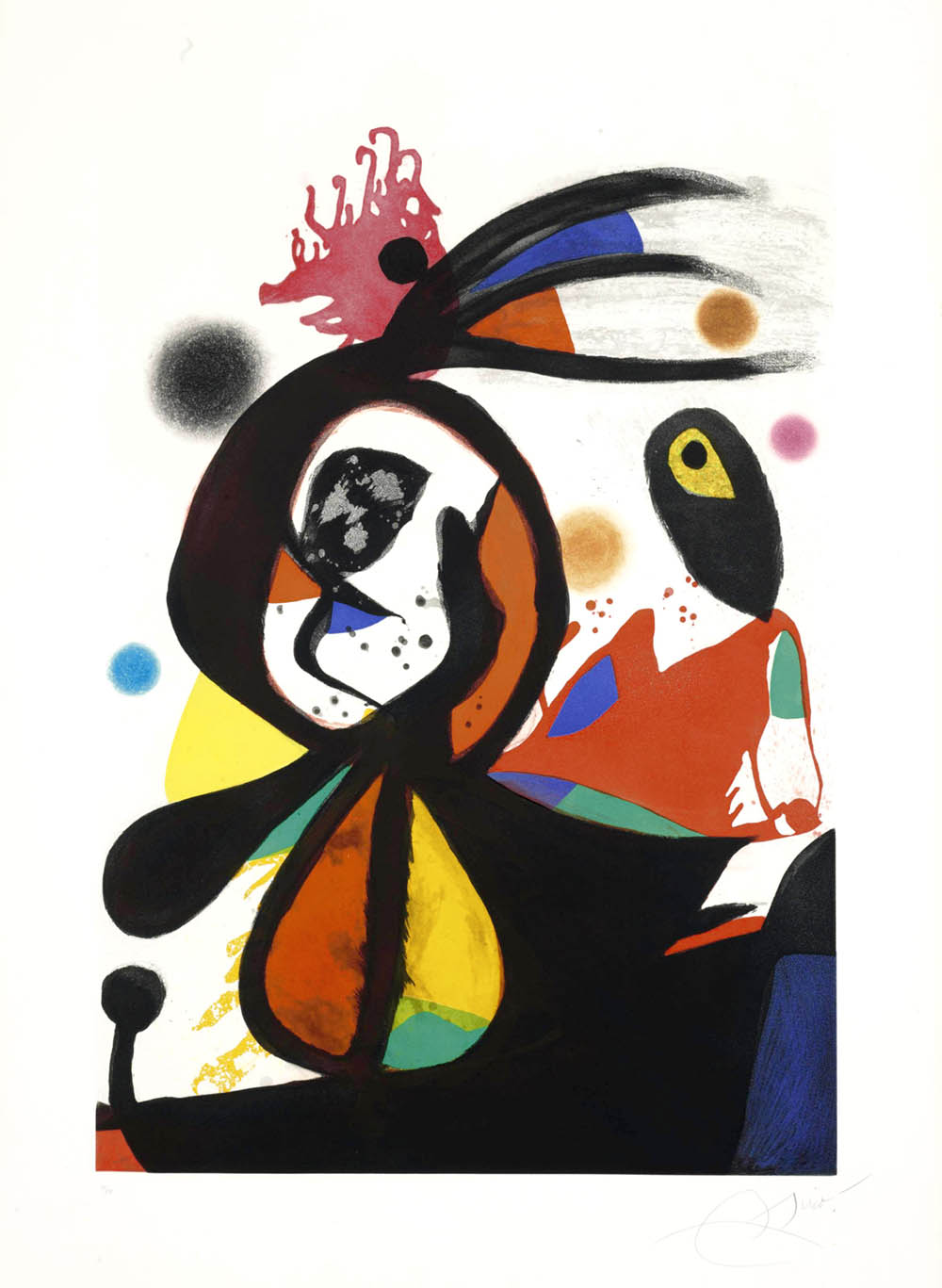 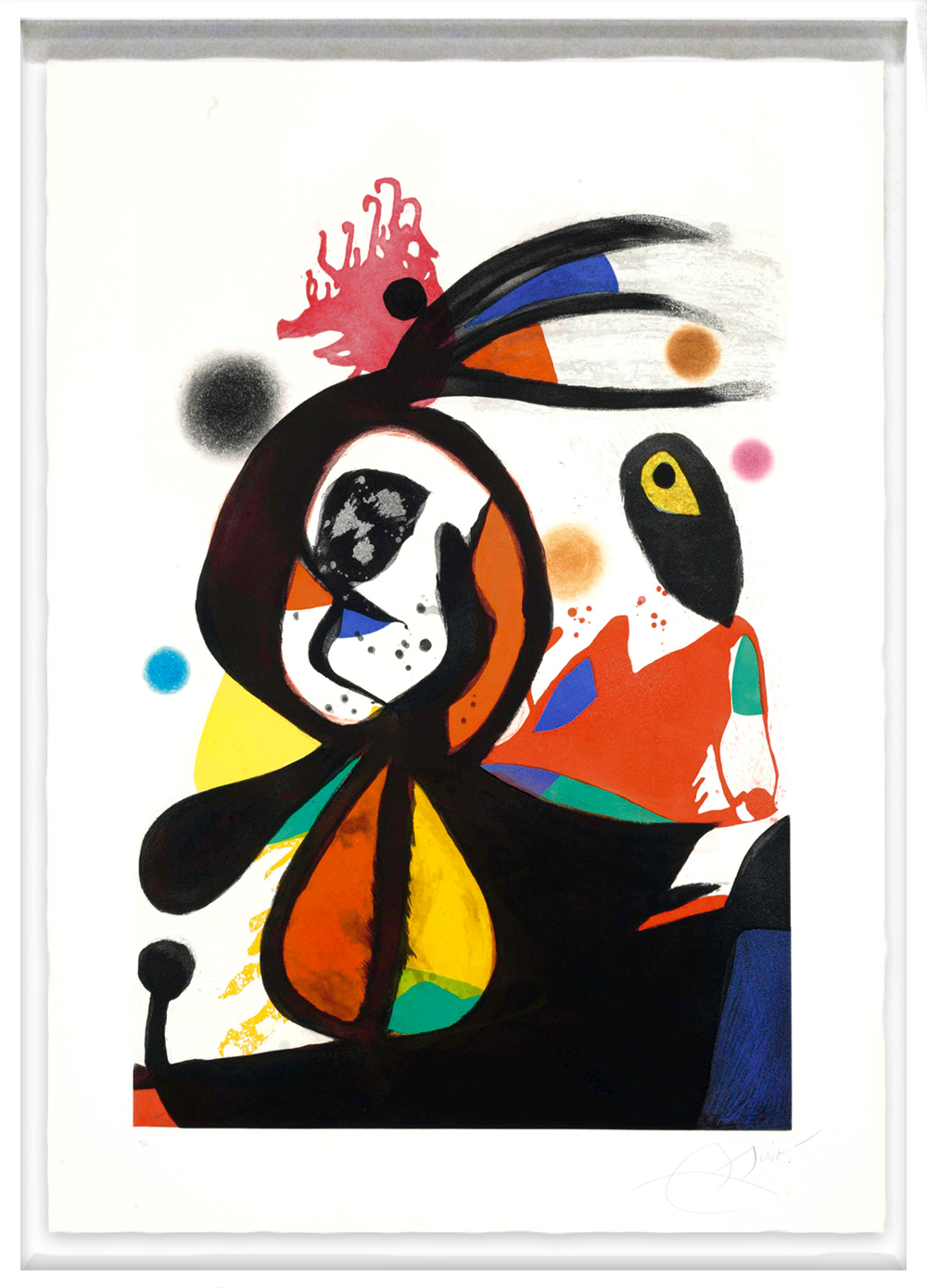 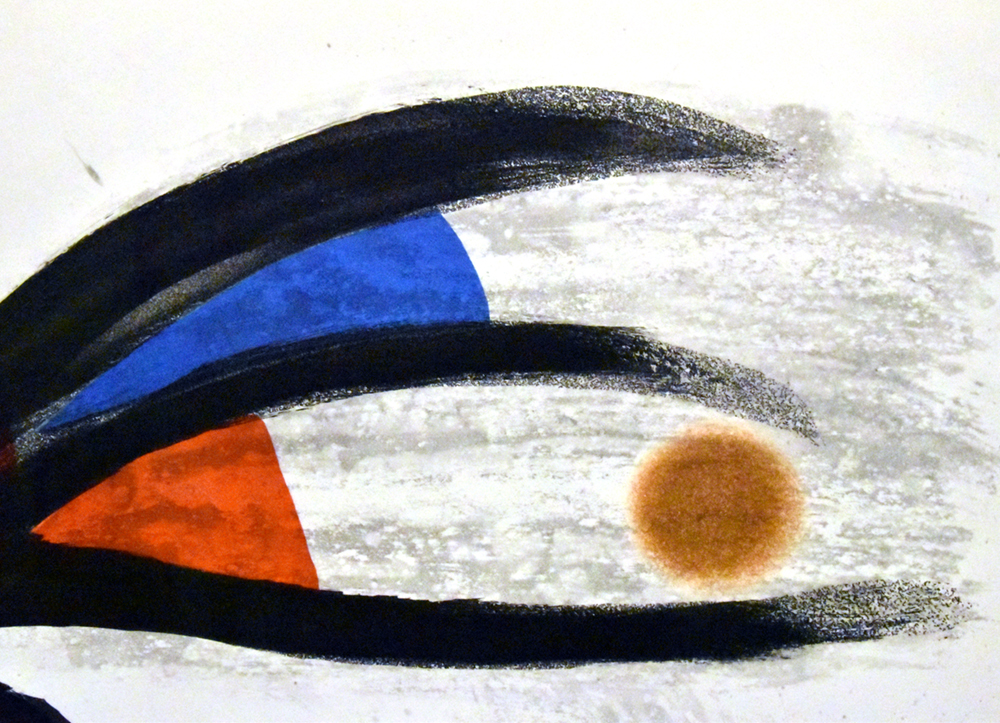 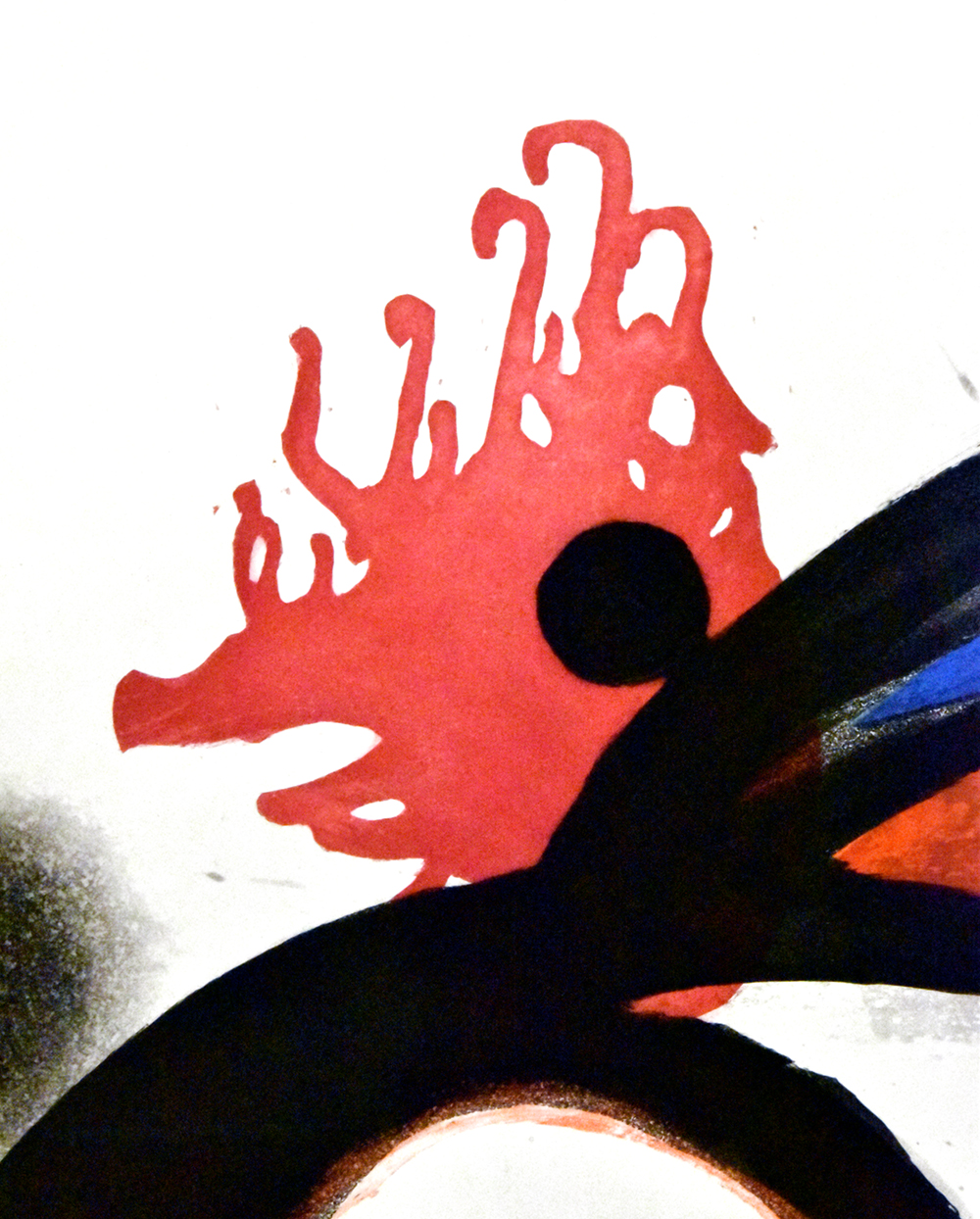 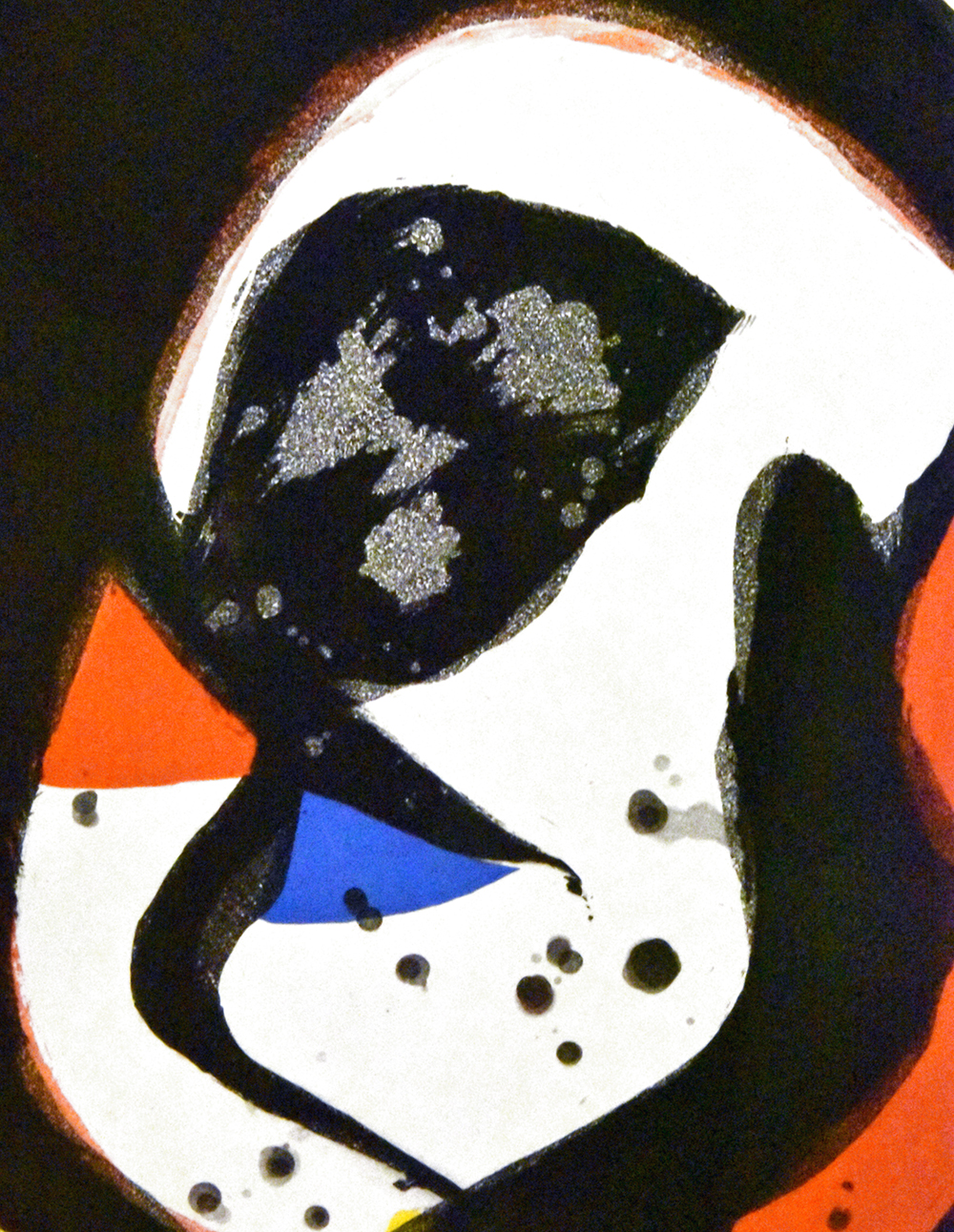 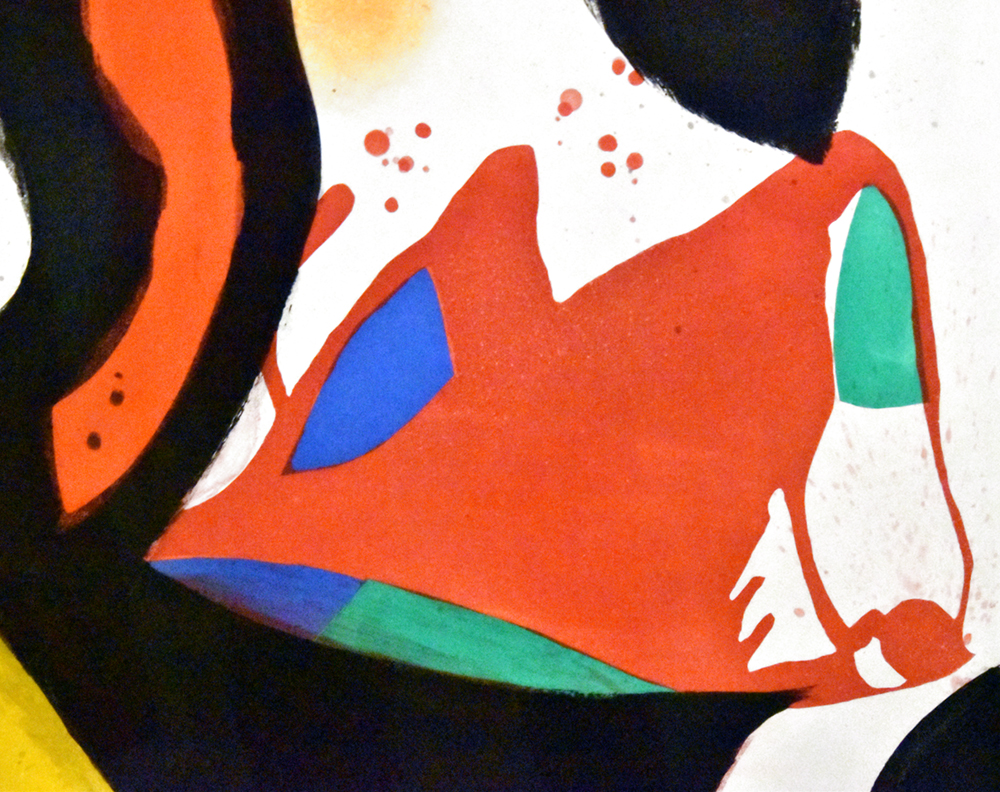 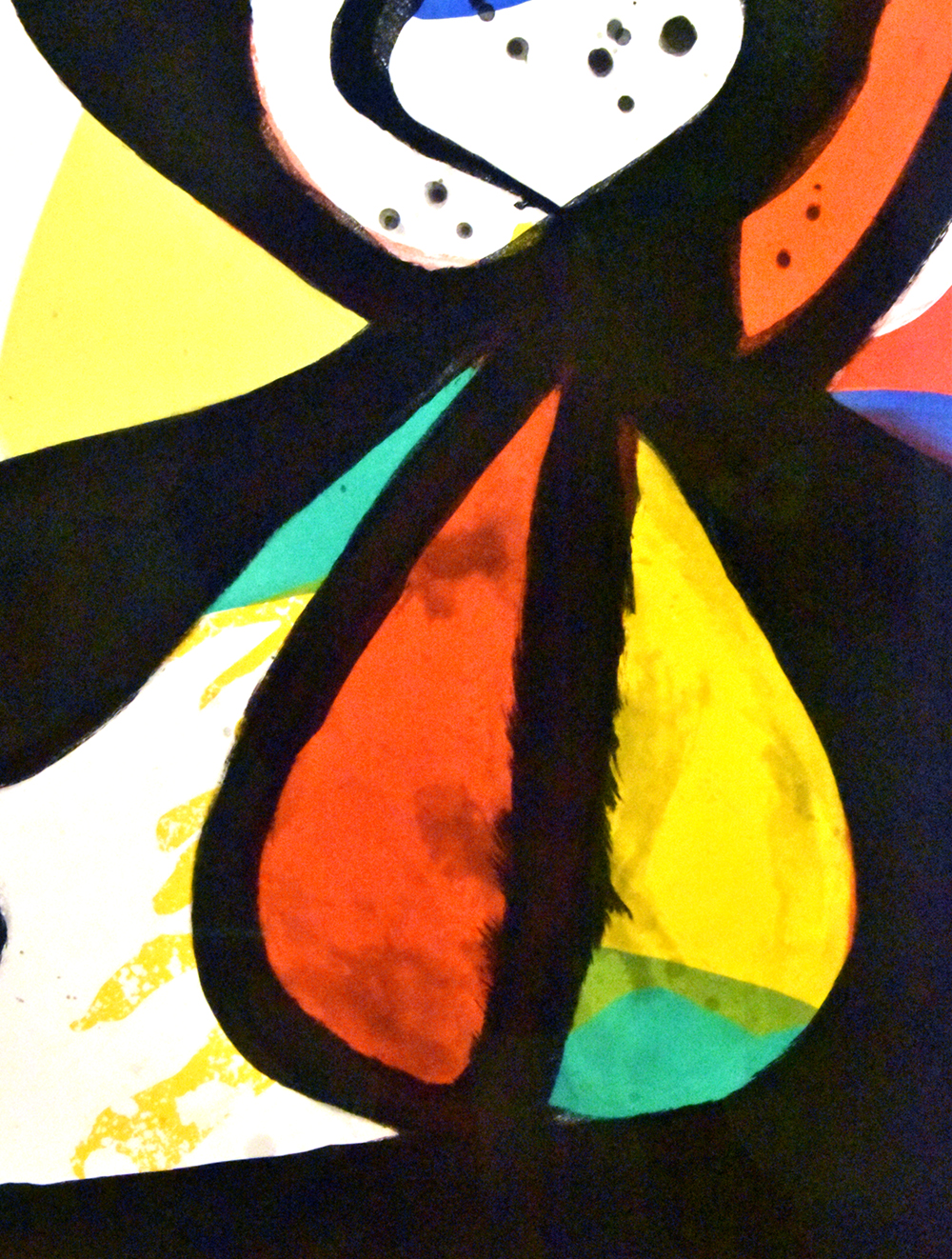 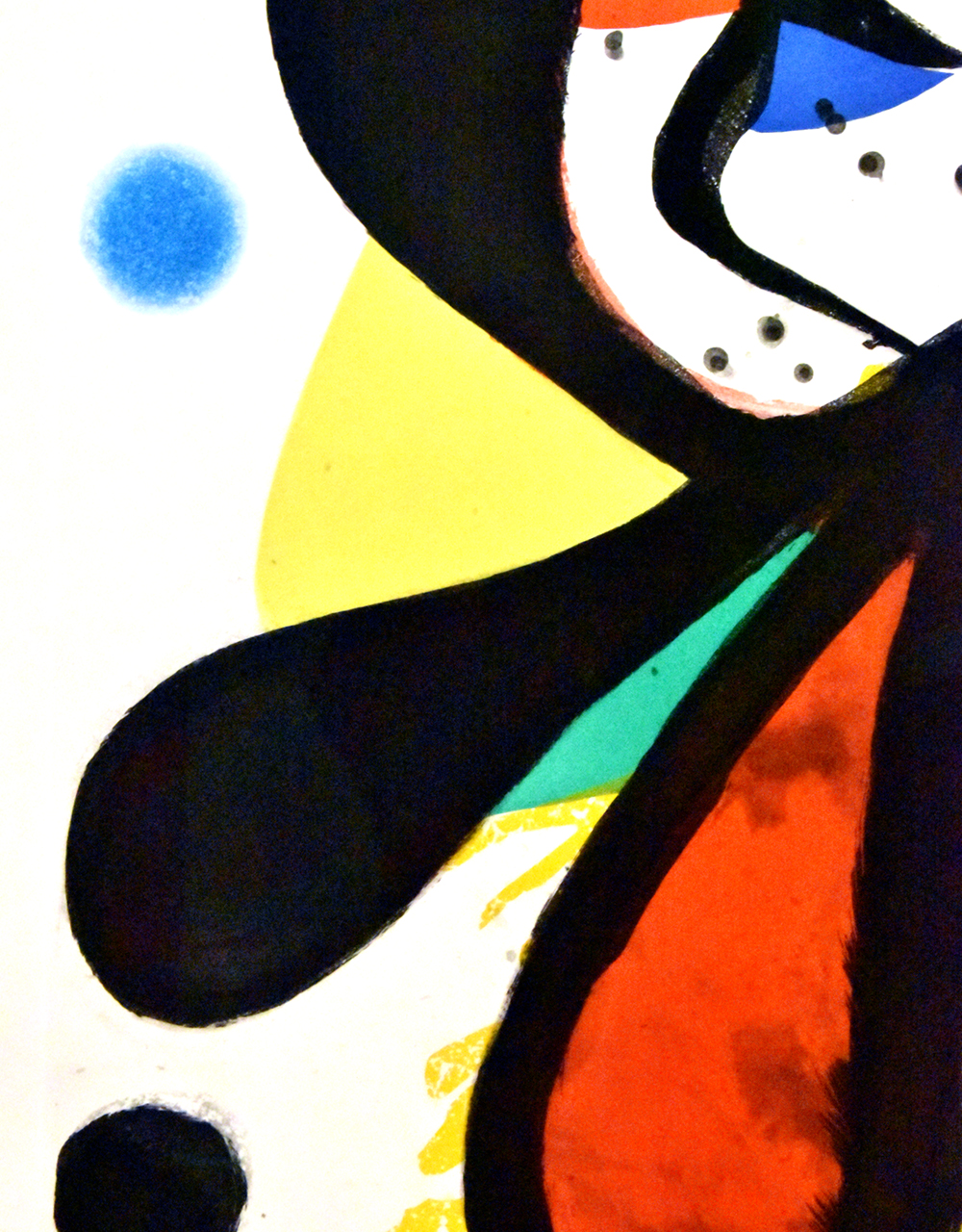 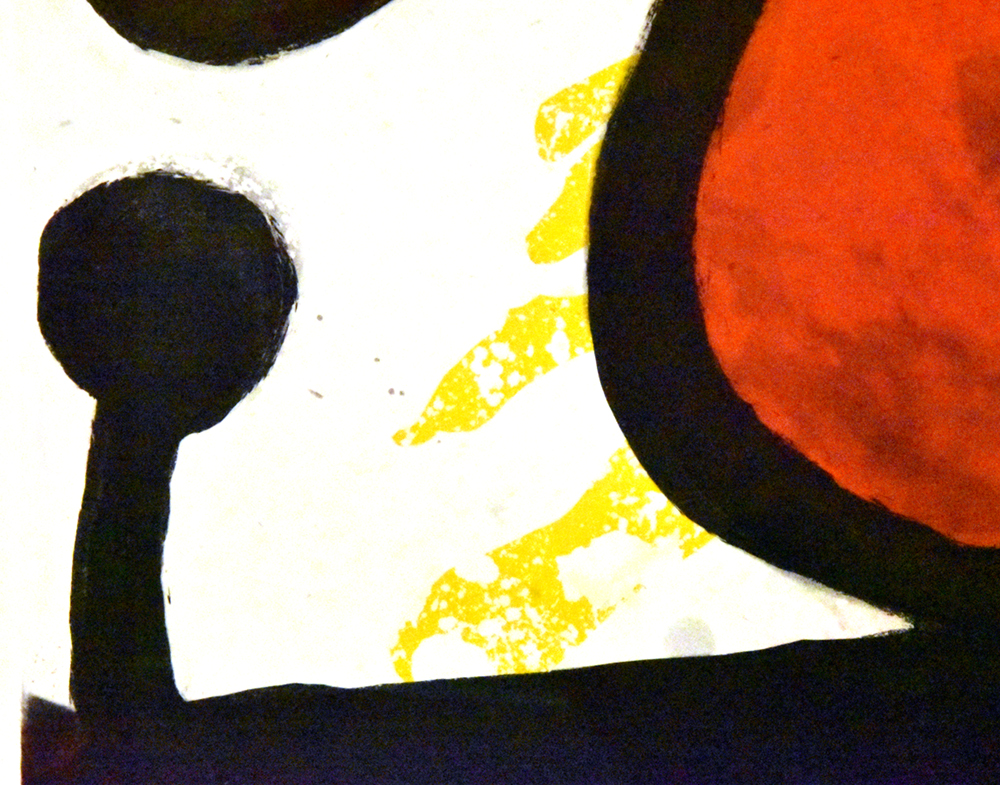 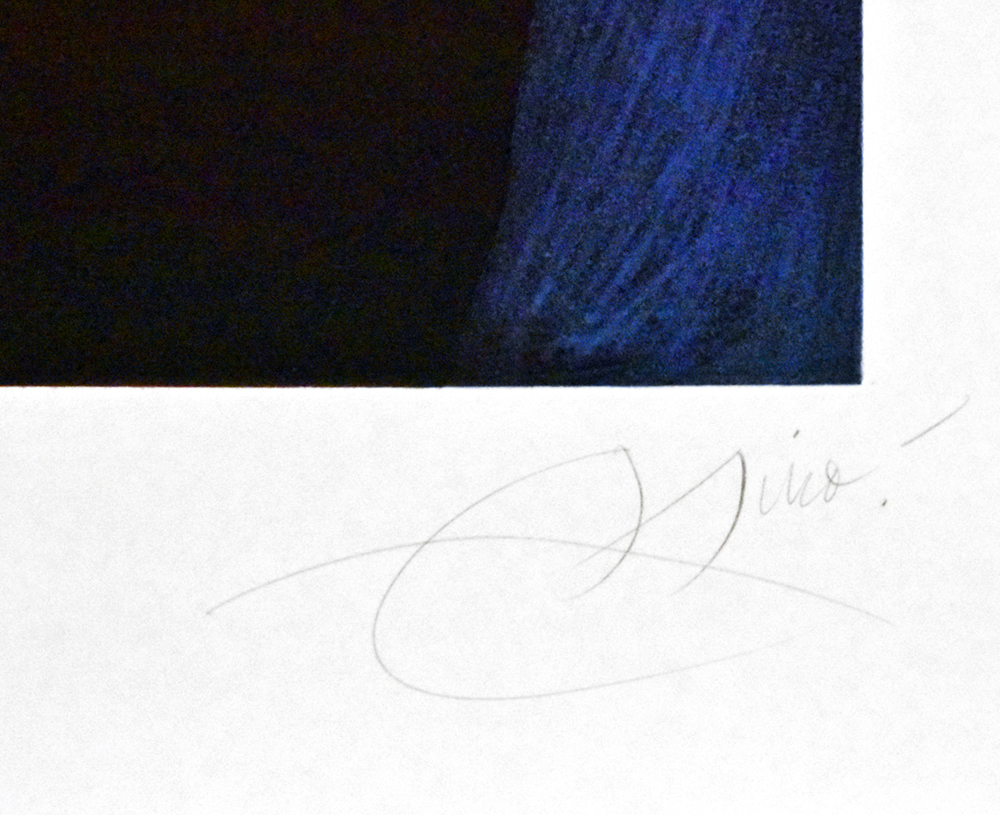 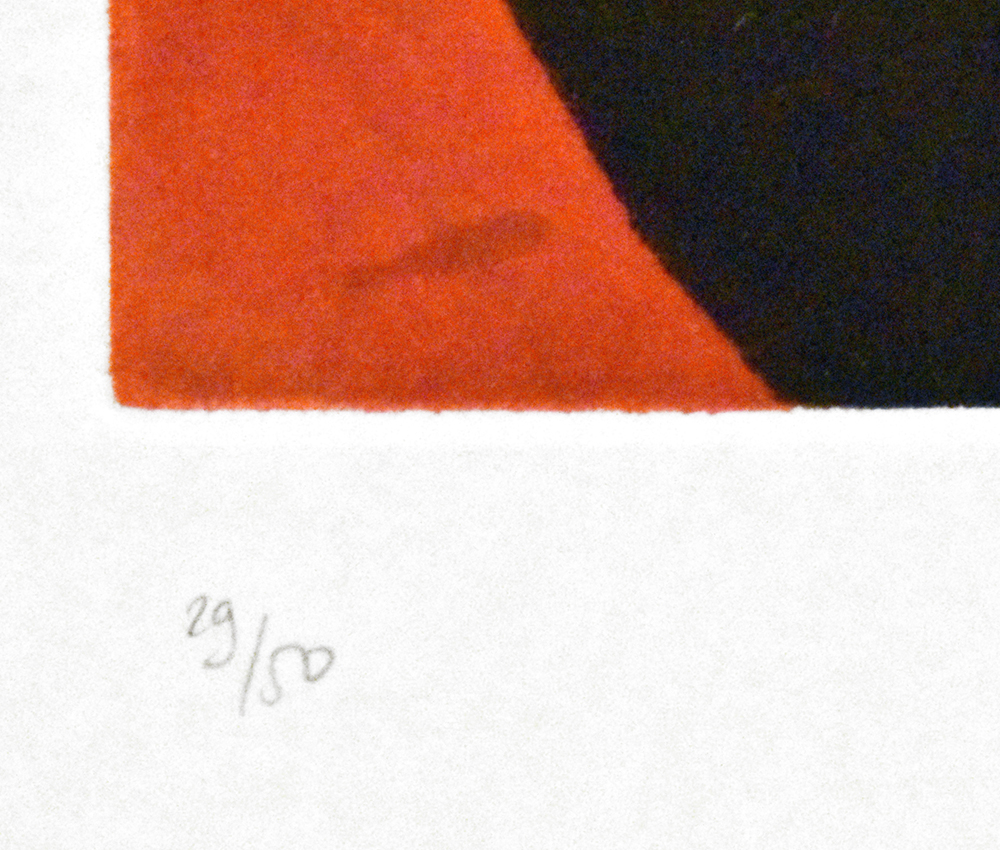 Joan Mirò L’Aigrette Rouge (The Red Egret), 1976 is an example of Mirò’s genius in creating balanced and colorful compositions. The carborundum etching and aquatint evokes the abstracted image of a vibrant egret. The dark blues and blacks of the lower half of the composition are countered with blank negative space towards the top. The curves and loops of the thick black linework creates a sense of movement and makes the image feel alive. Many of Mirò’s works include the bright reds, yellows and green present in this piece as well. This work shows Mirò’s mastery of color and abstraction.

This work is a carborundum etching and aquatint, which was a technique that Mirò frequented in his work. Carborundum is a silicon and carbon compound that is used for a variety of functions but can also be used to create prints. The effect carborundum printing creates is one of gradient tones and sandy textures. Mirò is one of the few artists who mastered this medium.

Created in 1976, Joan Mirò L’Aigrette Rouge (The Red Egret), 1976, is a carborundum etching and aquatint in colors on Arches wove paper. It is hand signed by Joan Mirò in the lower right and numbered from the edition of 50 in the lower left.

Catalogue Raisonné & COA:
Joan Mirò L’Aigrette Rouge (The Red Egret), 1976, is fully documented and referenced in the below catalogue raisonnés and texts (copies will be enclosed as added documentation with the invoices that will accompany the sale of the work).

About the Framing:
Framed to museum-grade, conservation standards Joan Mirò L’Aigrette Rouge (The Red Egret), 1976 is presented in a complementary moulding and finished with silk-wrapped mats and optical grade Plexiglas. 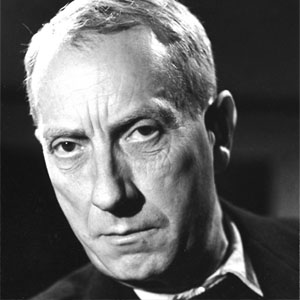