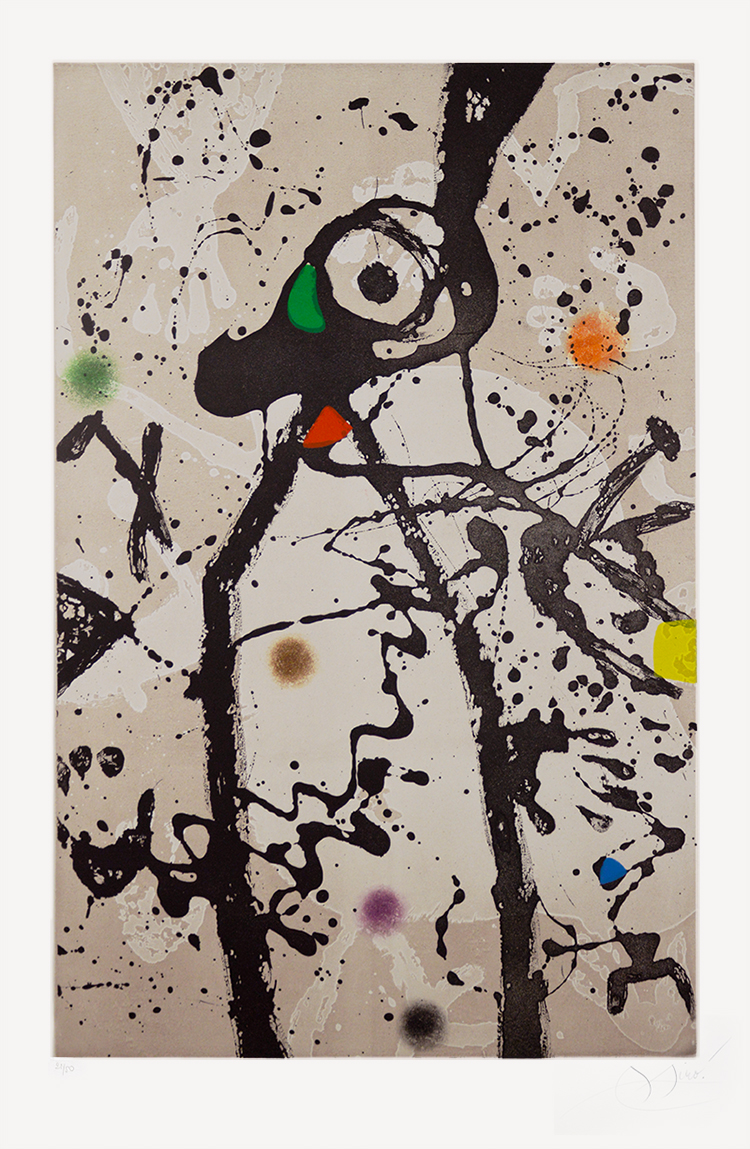 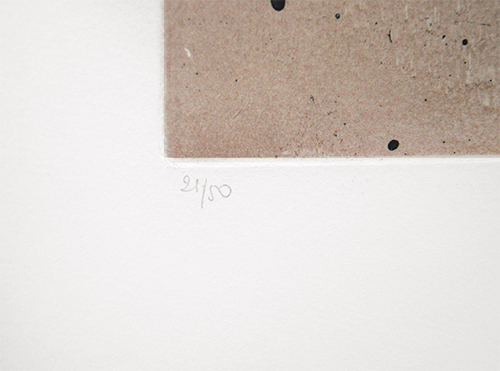 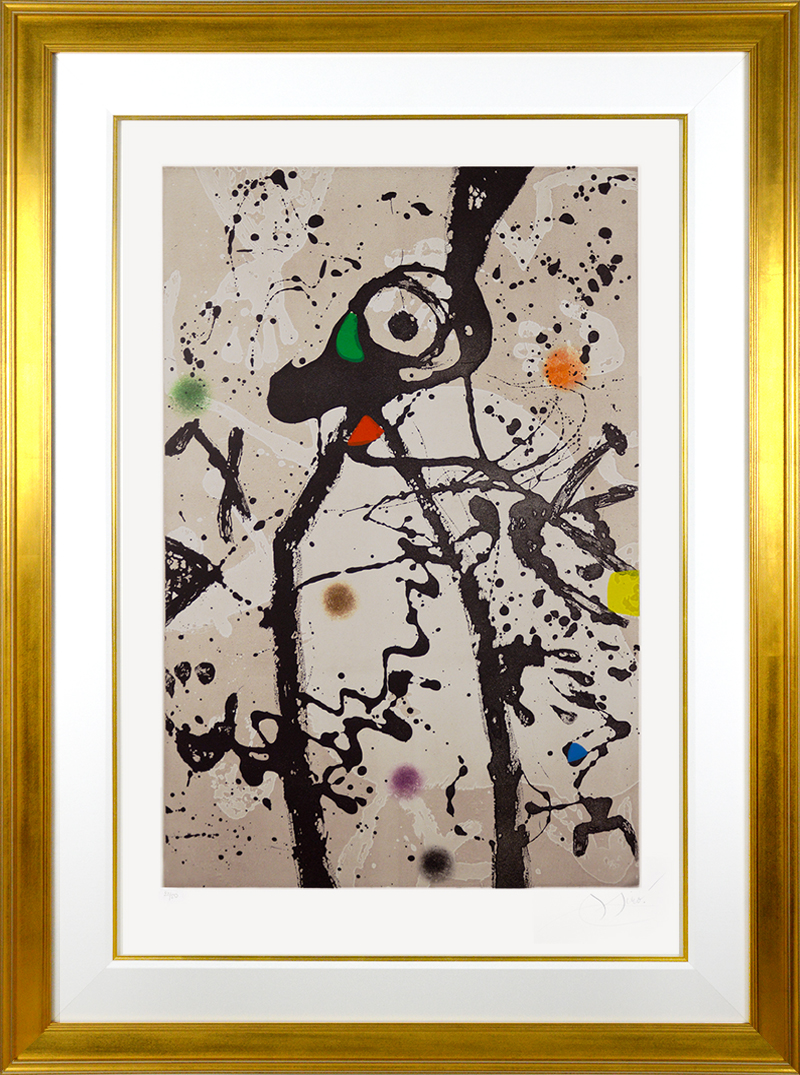 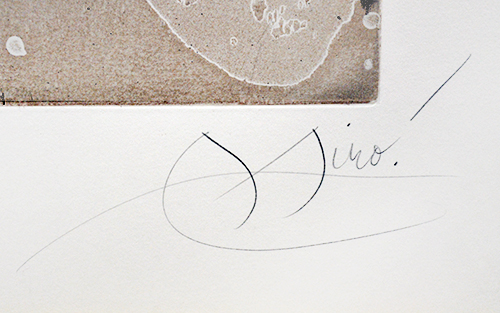 Emerging from the splattered dots and expressive lines is a figure in Joan Miró Souris noire a la mantilla (Black Mouse with Mantilla), 1975. A fully saturated black snout marks the first noticeable facial feature, followed by a large black pupil and an ear that sticks straight up and off of the page. Once the viewer has their grounding, a body begins to appear, conical at the top and tapering off into straight lines traveling down and off the composition. The mouse with its ear perked looks alert and the black space around its pupil makes it look wide-eyed. The splatter and thin black lines that zig zag across the surface heighten the tension.  Small spots of fuzzy color catch the viewer’s eye as they sweep across the composition. Miró creates layers of complexity and feeling with expressive line work and places the viewer into the psyche of the mouse he portrays.

Joan Miró Black Mouse with Mantilla (Souris noire a la mantilla), 1975 is fully documented and referenced in the below catalogue raisonnés and texts (copies will be enclosed as added documentation with the invoices that will accompany the sale of the work).