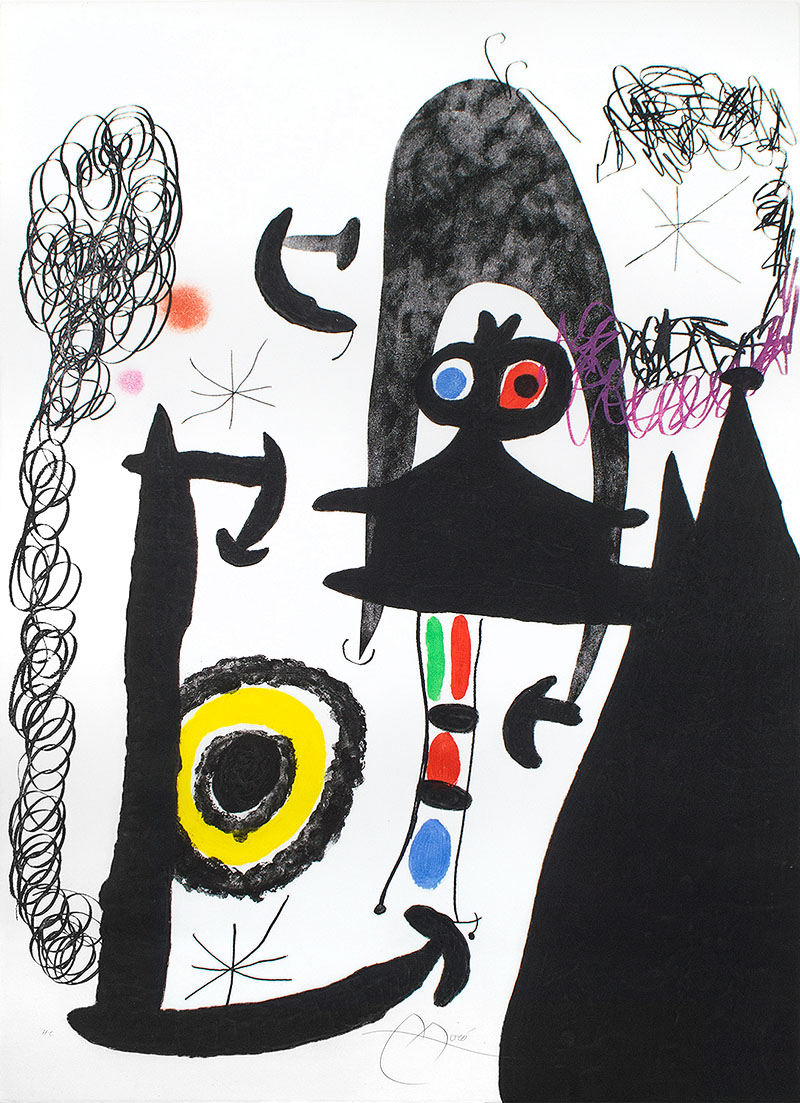 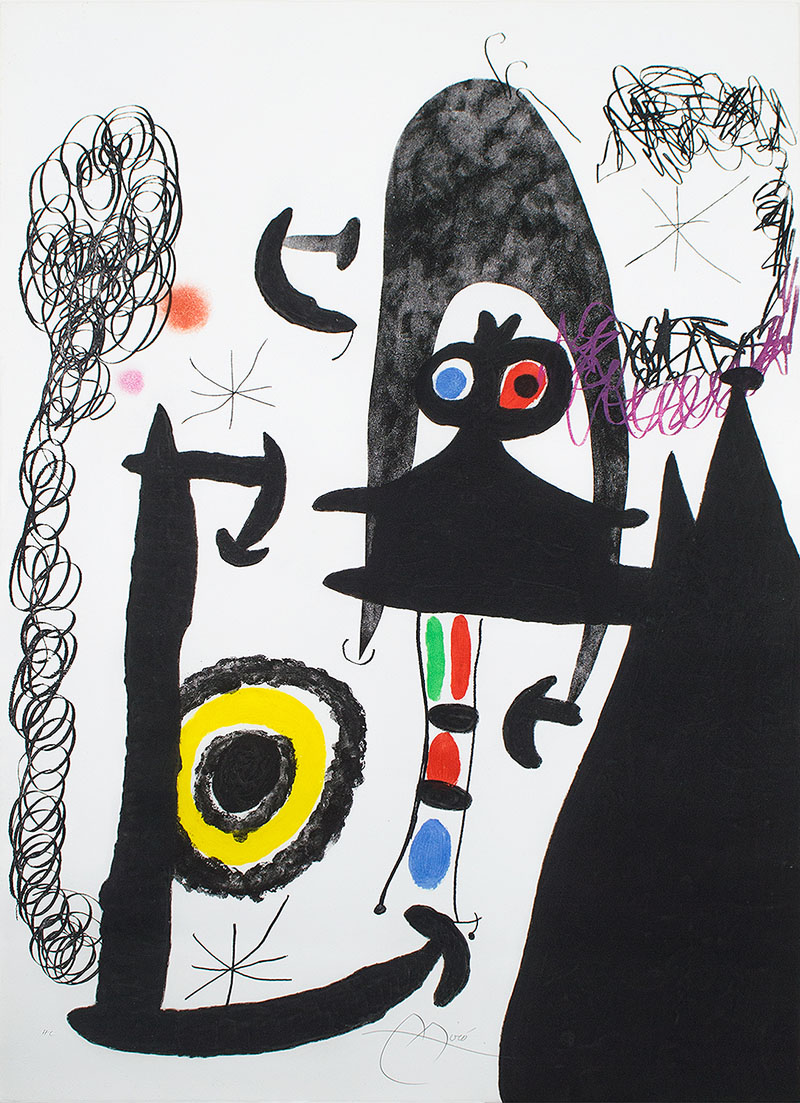 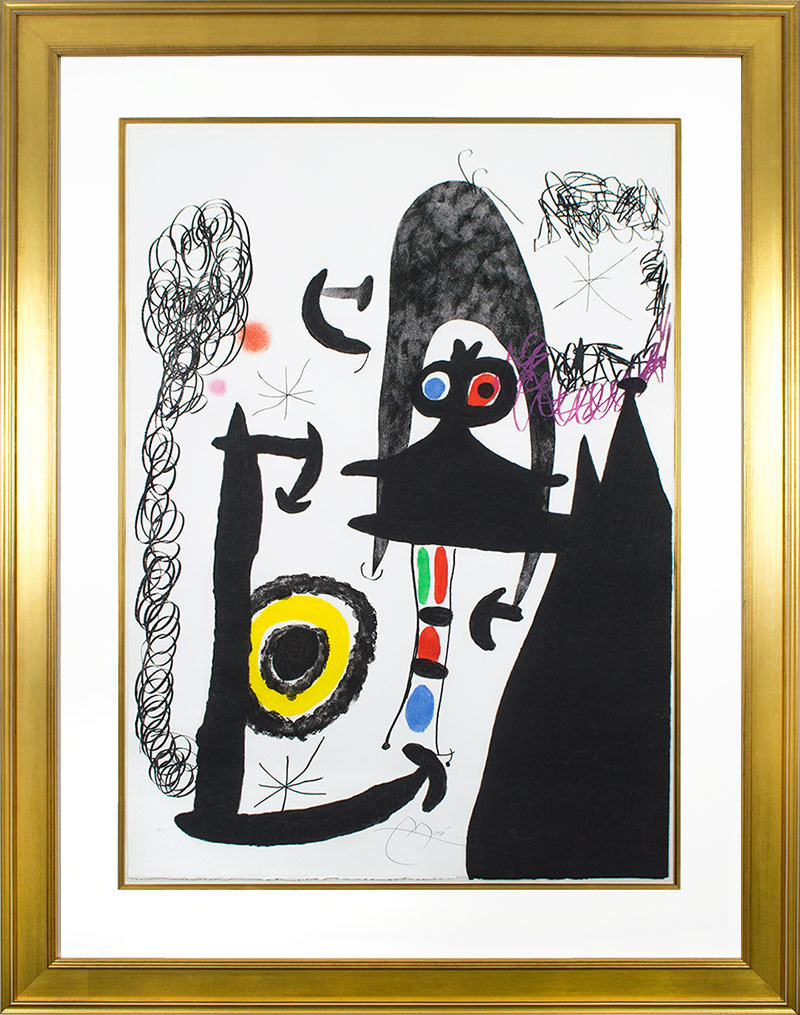 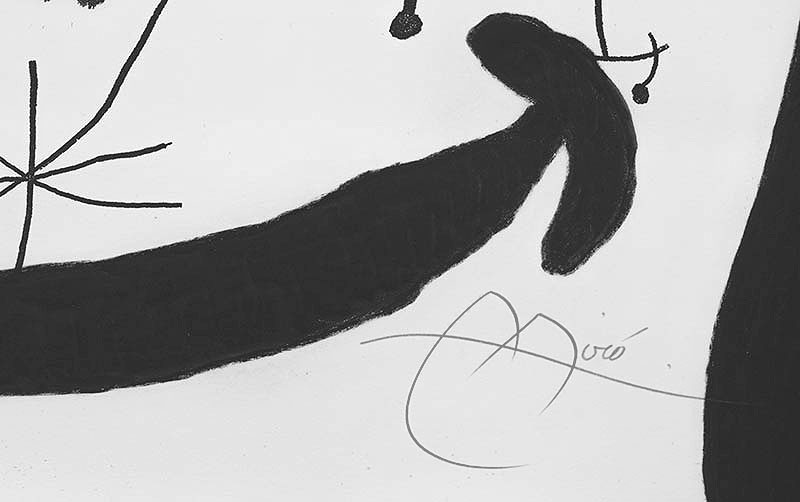 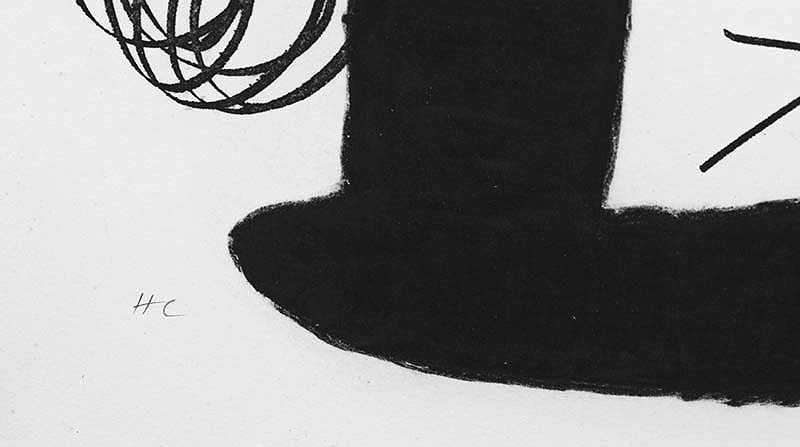 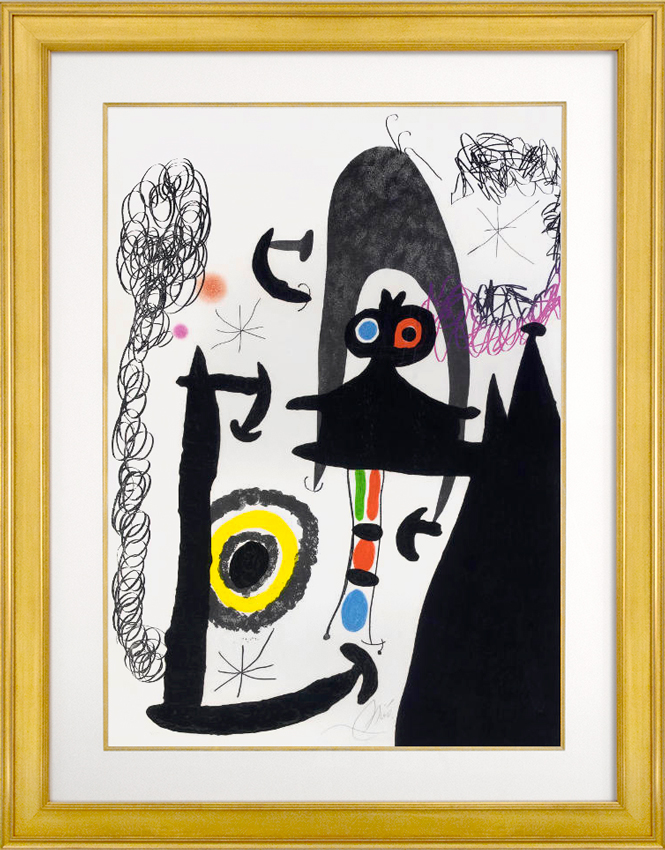 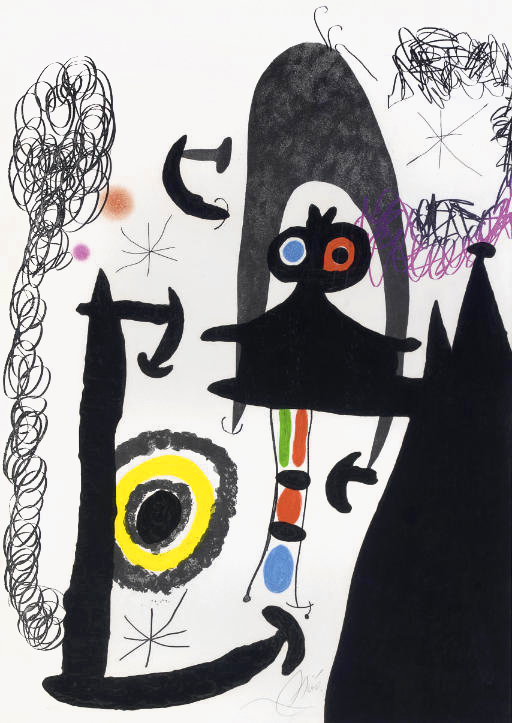 In this mesmerizing scene, an abstracted figure ascends towards a crescent shaped moon. A composition filled with directional energy, elongated shapes and gestural lines suggest motion and activity throughout this dynamic piece, while whimsical forms tell a playful narrative in pops of primary hues and spontaneous, scribbled mark making. Launched by color and vibrancy we watch in awe as this mysterious subject rises above peaked mountain tops to his lunar destination. A tour de force of printmaking, this spectacular work demonstrates Joan Miro’s mastery of the etching and aquatint methods, ultimately honing the inherent qualities of each technique to suit his iconographic vision.

Created in 1969, this color aquatint and etching was printed by Morsang, Paris, and published by Maeght, Paris. Hand signed by Joan Miró (Barcelona, 1893 – Palma, 1983) in pencil in the lower center, this work is an artist's proof annotated HC (Hors de Commerce) in pencil in the lower left; aside from the numbered edition of 75.

Joan Miró Climbing to the Moon (Escalade vers la Lune), 1969 is fully documented and referenced in the below catalogue raisonnés and texts (copies will be enclosed as added documentation with the invoices that will accompany the final sale of the work).

Joan Miró Climbing to the Moon (Escalade vers la Lune), 1969 is framed to museum-grade, conservation standards, presented in a complementary moulding and finished with silk-wrapped mats and optical grade Plexiglas.