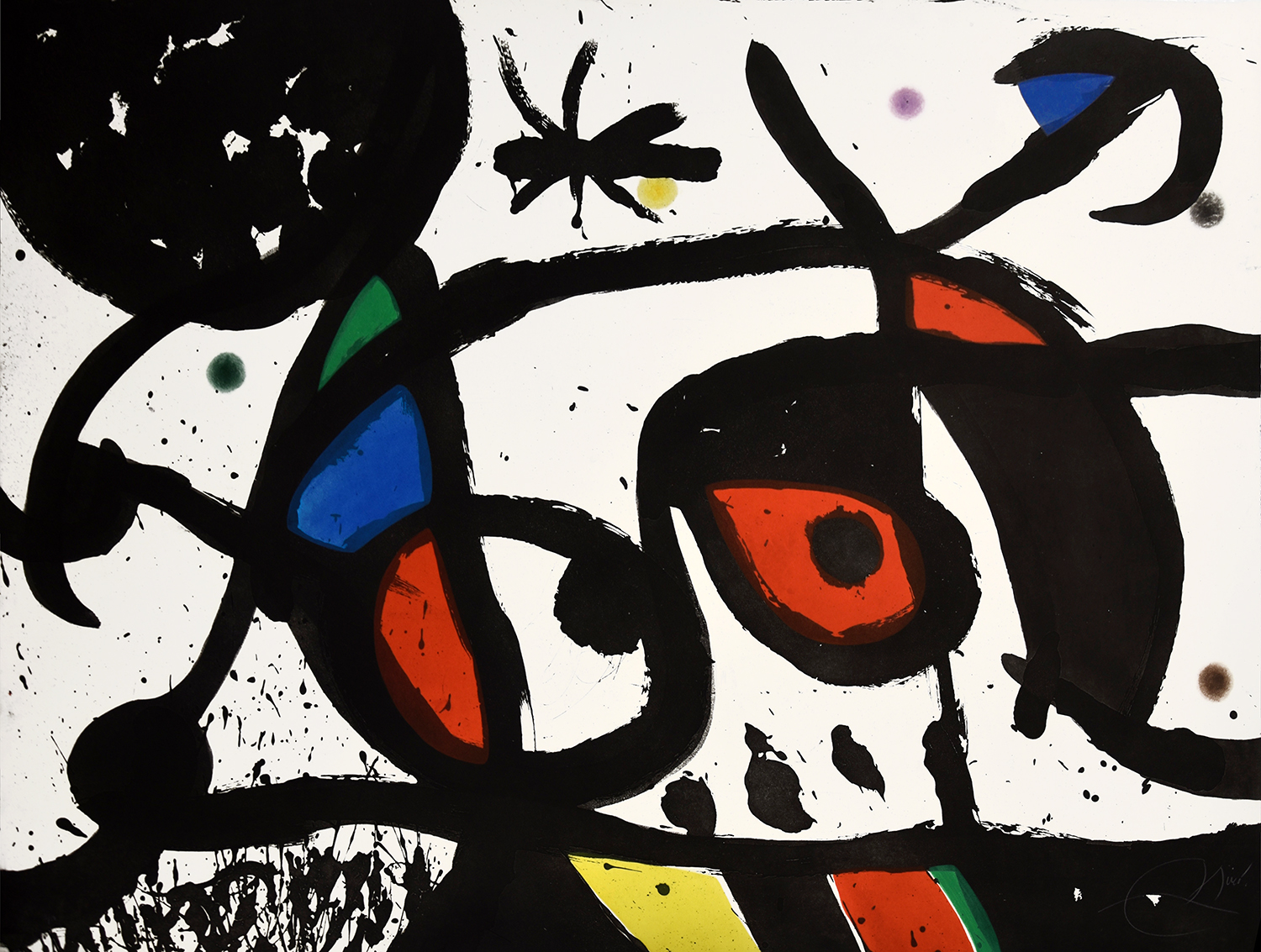 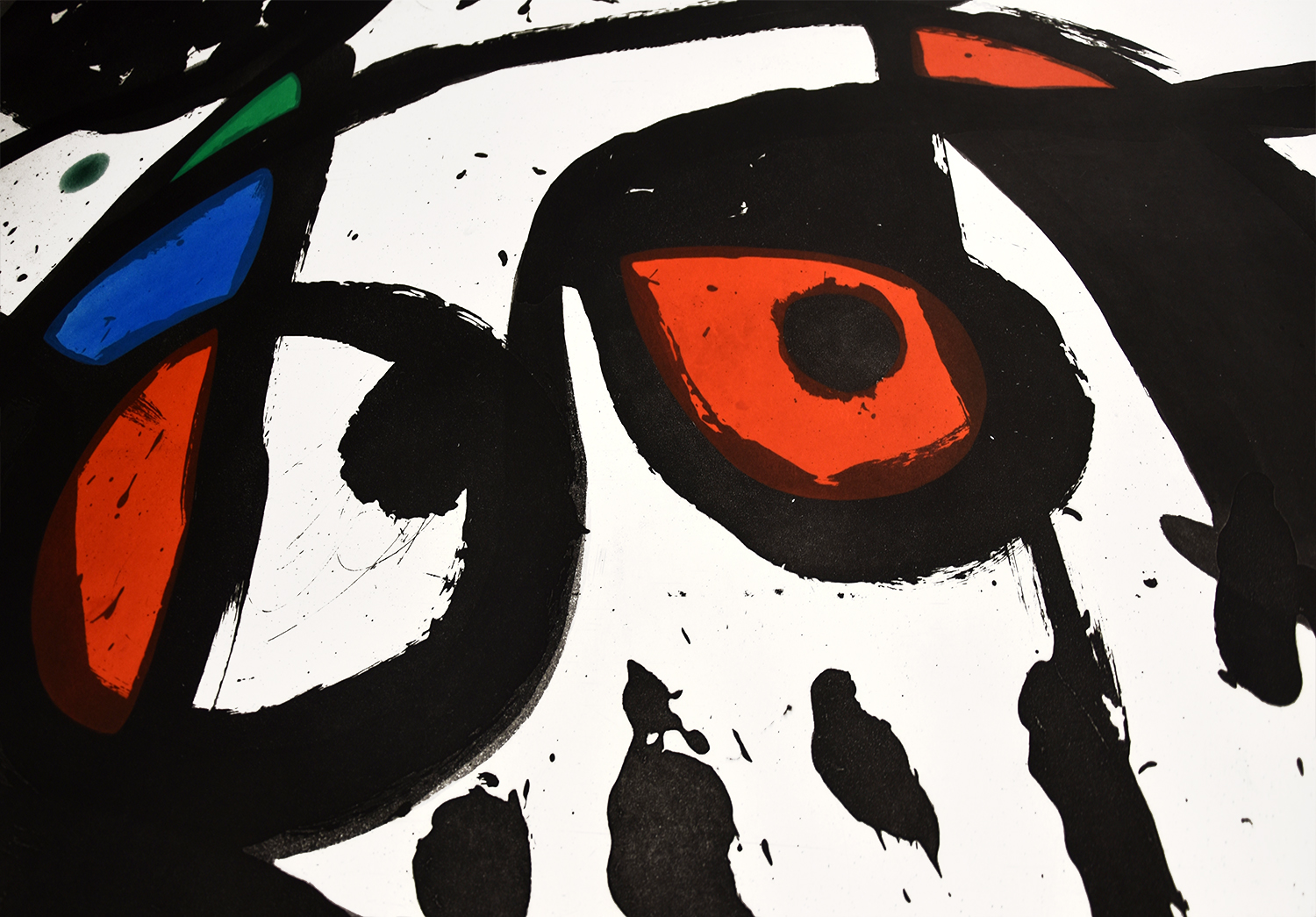 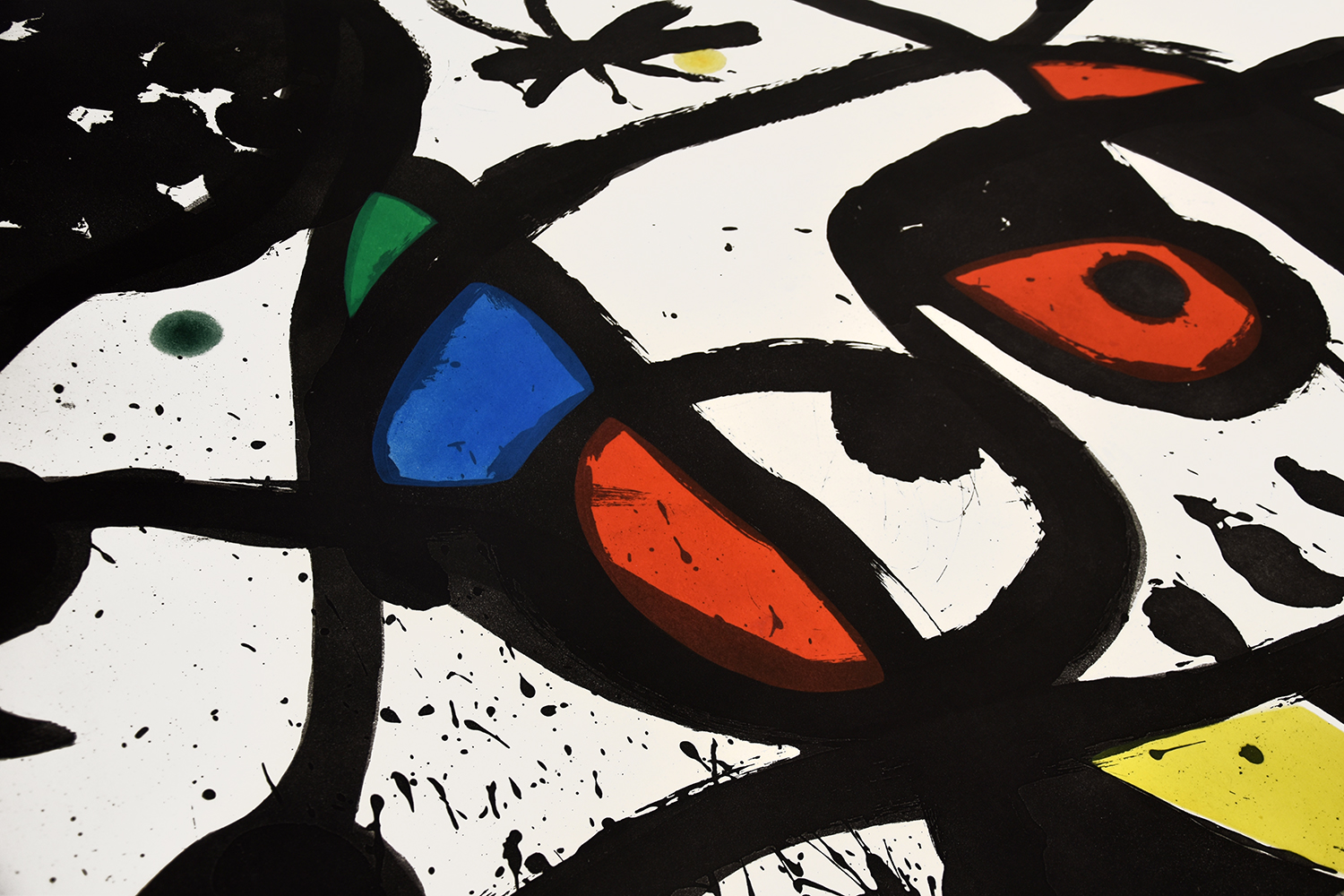 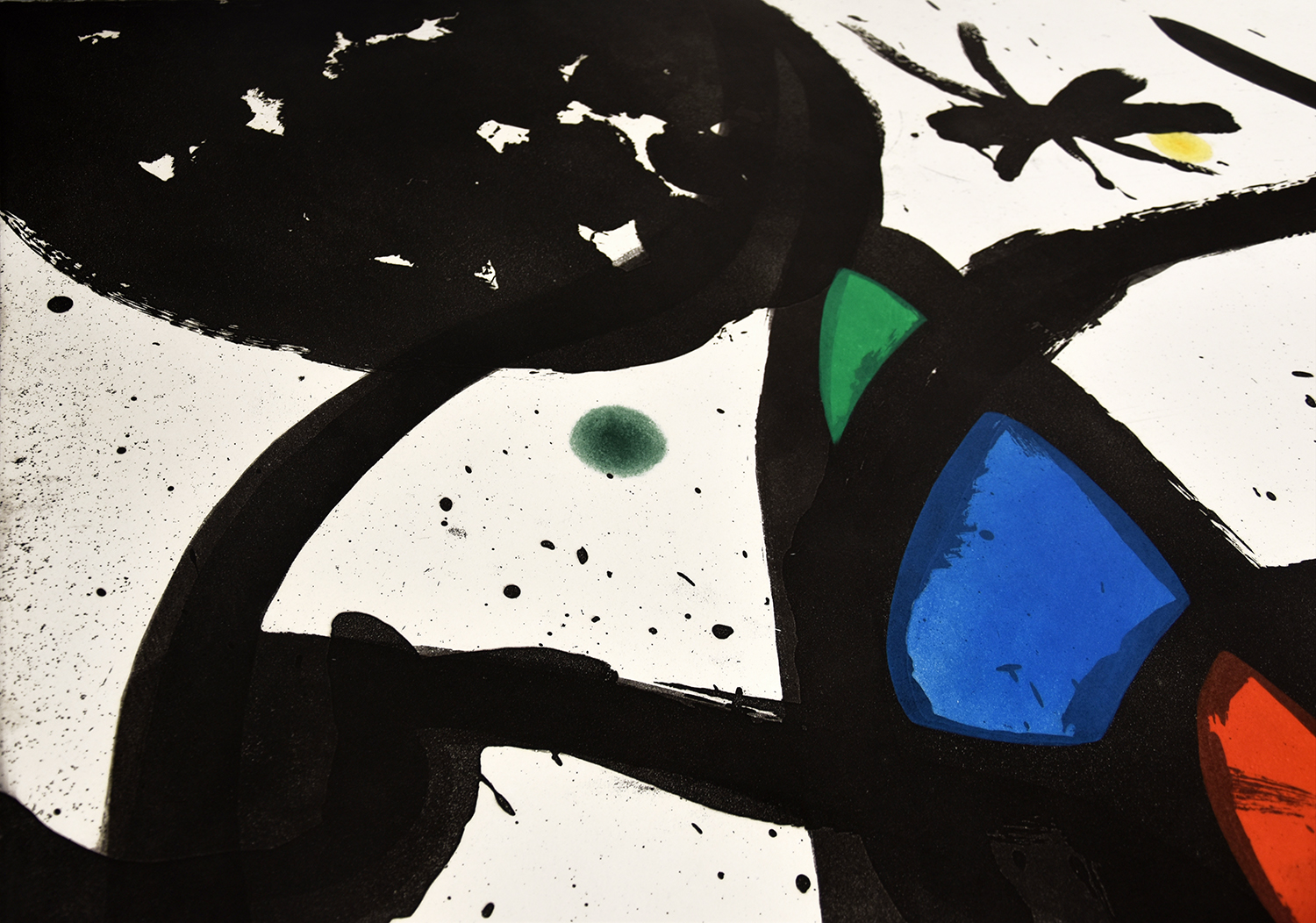 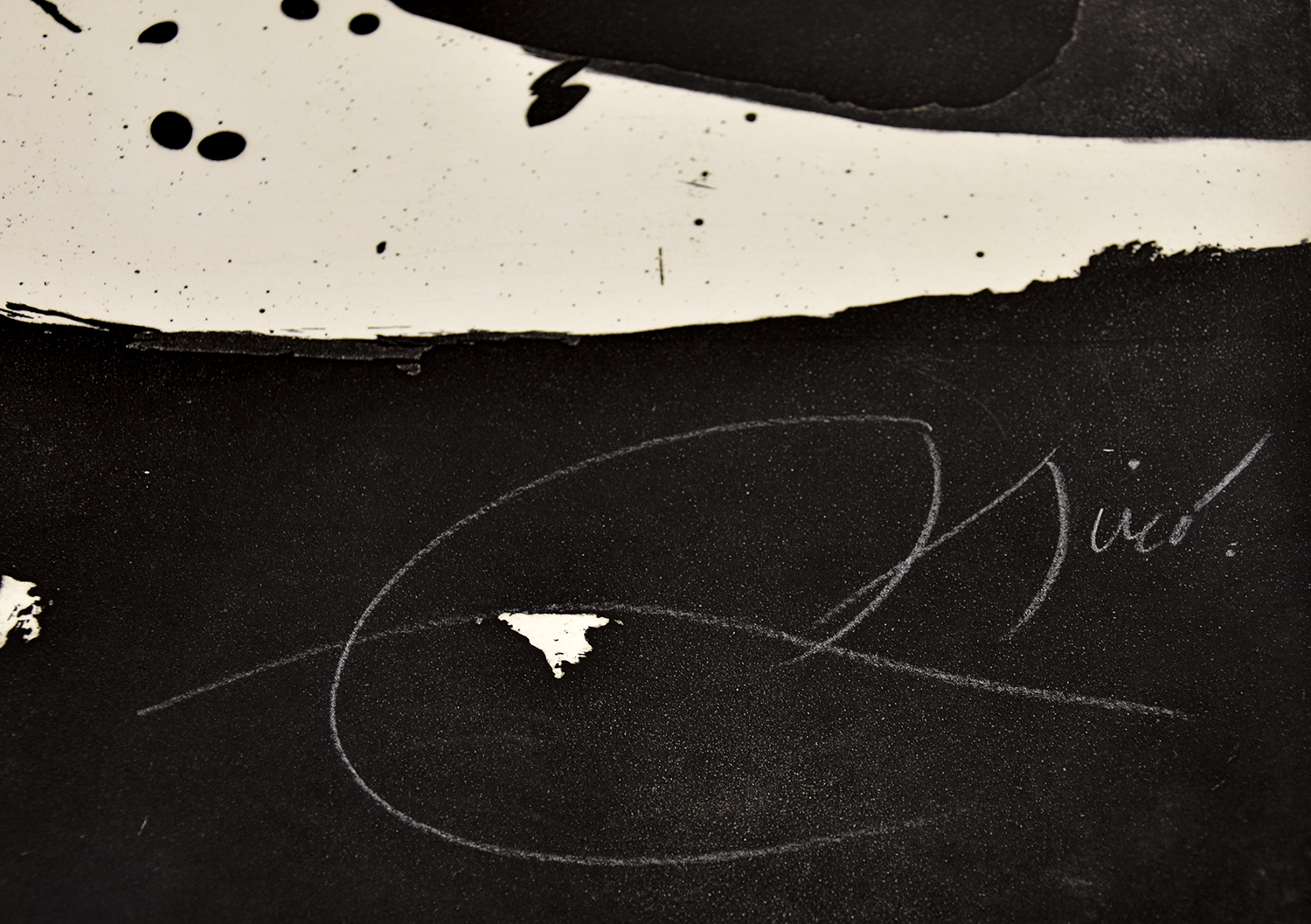 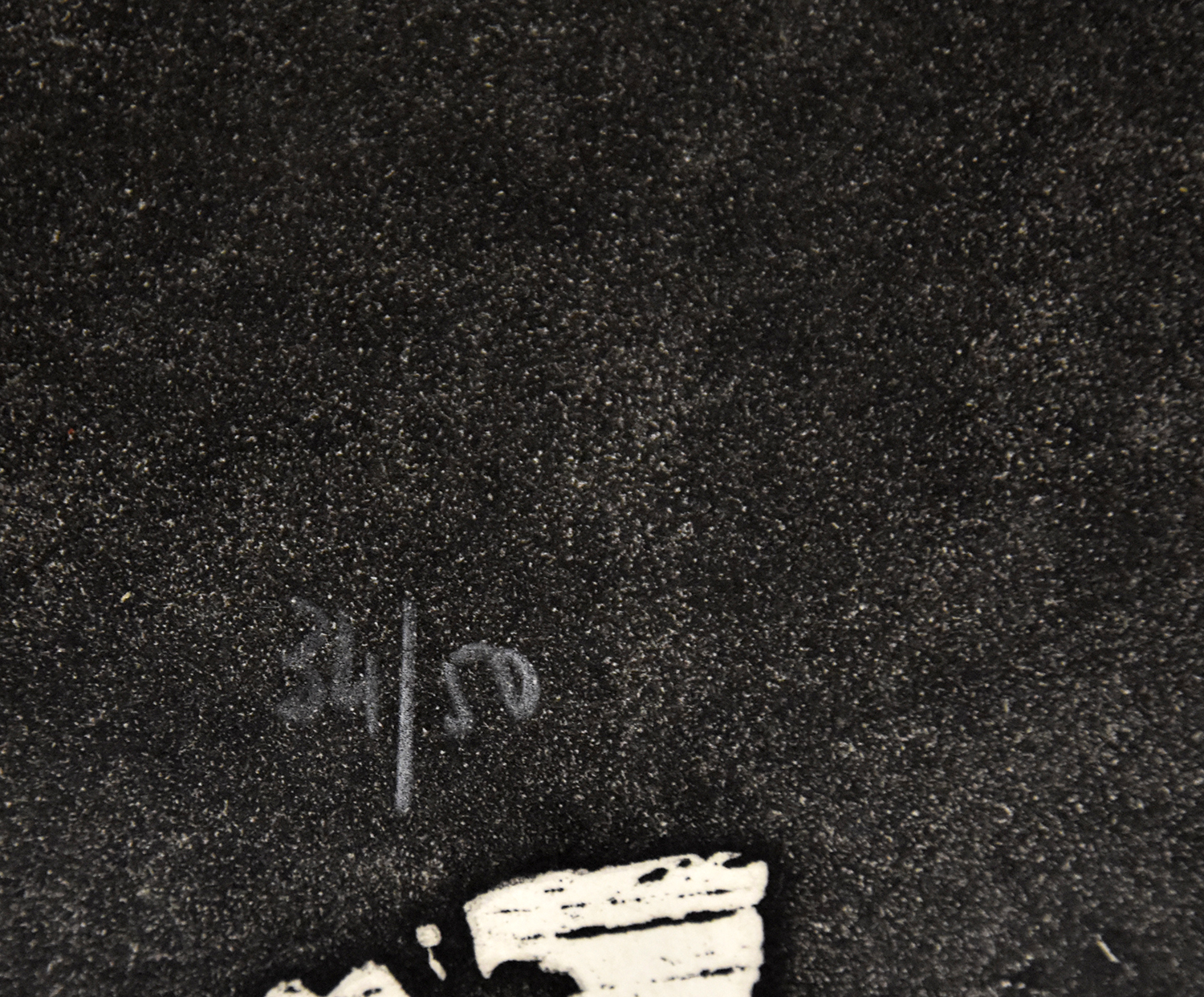 Joan Miró's Charivari, 1976 is an incredibly bold and eye-catching work. The print is one of five prints that Miro created on such a grand scale. The massive size of the work combined with its captivating composition makes for an overwhelming visual experience - in the best way. This complicated yet delicate work is straightforward and minimalistic, and bursts from the paper with energy and movement. It is composed of overlapping abstracted forms in black, green, yellow and red on toned paper. The work’s title Charivari is French in origin and is defined as a series of discordant noises. The rhythmic forms in this piece perform as such noises and cavort in a beautiful dance across the page. The forms are clamorous in nature, but they also possess an aura of grace and sophistication.

The scene which Miro creates in this work is simultaneously chaotic and peaceful. The mark of the artist contains a sense of urgency that translates into the entire work, and the forms create rhythm and movement that is pleasing to the eye. This work truly is an impressive showing of Miro's skill as an artist and reminds us once again of his creative genius.

Catalogue Raisonné & COA:
Joan Miró (Barcelona, 1893 – Palma, 1983) Charivari, 1976 is fully documented and referenced in the below catalogue raisonnés and texts (copies will be enclosed as added documentation with the invoices that will accompany the sale of the work).

About the Framing:
Framed to museum-grade, conservation standards, Joan Miró (Barcelona, 1893 – Palma, 1983) Charivari , 1976 is presented in a complementary moulding and finished with silk-wrapped mats and optical grade Plexiglas.