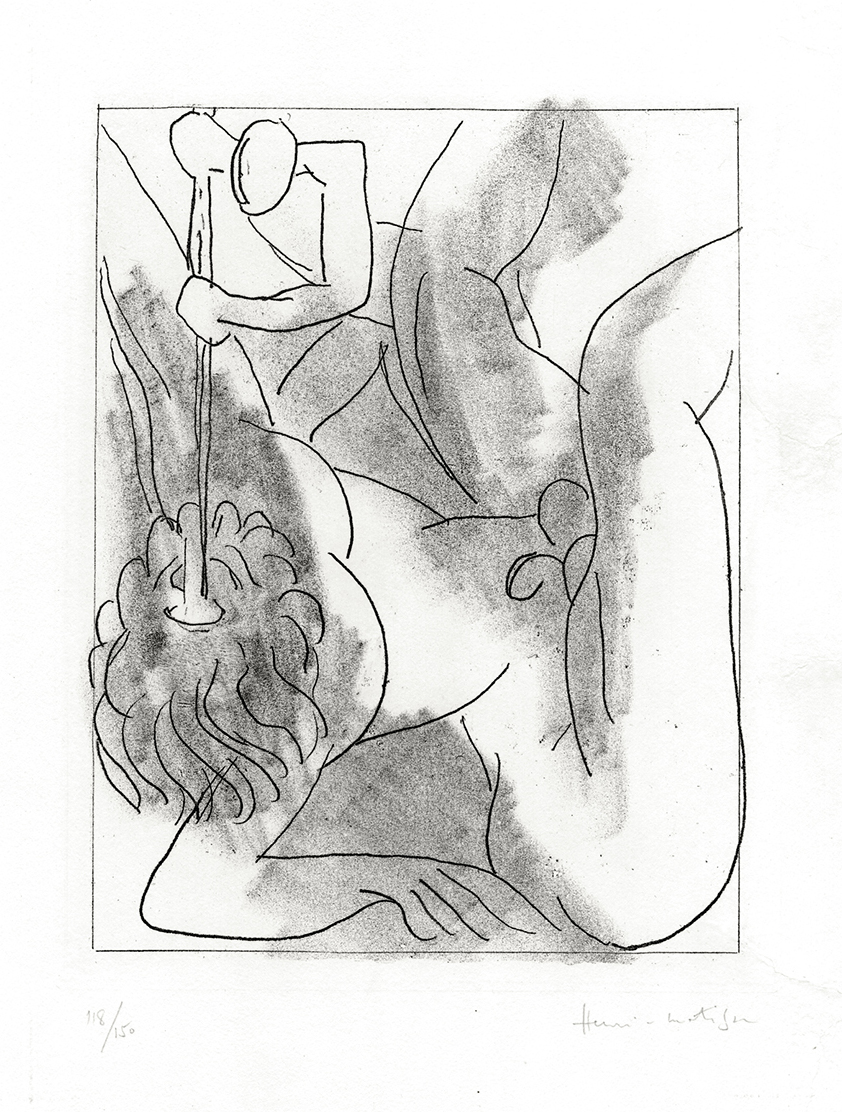 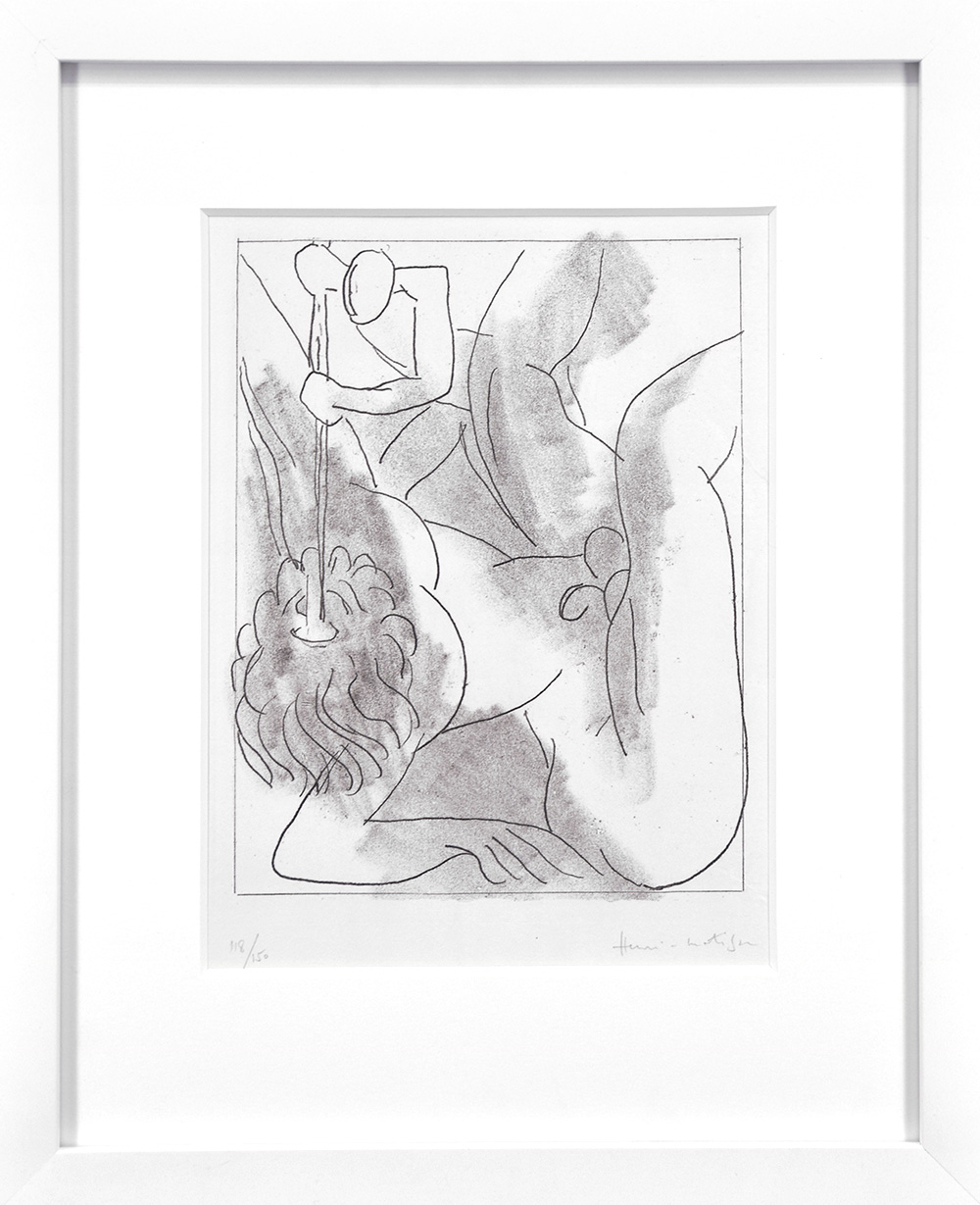 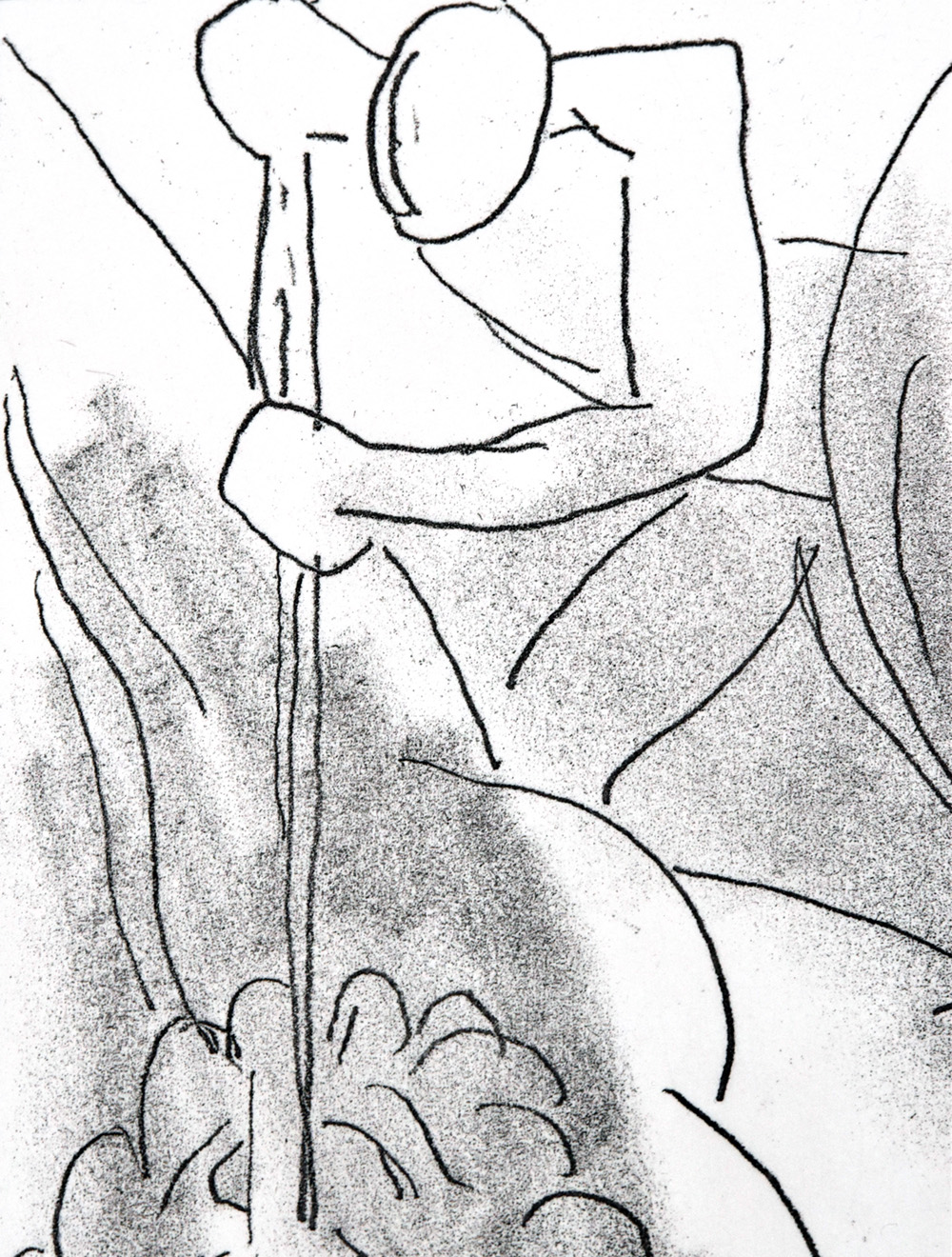 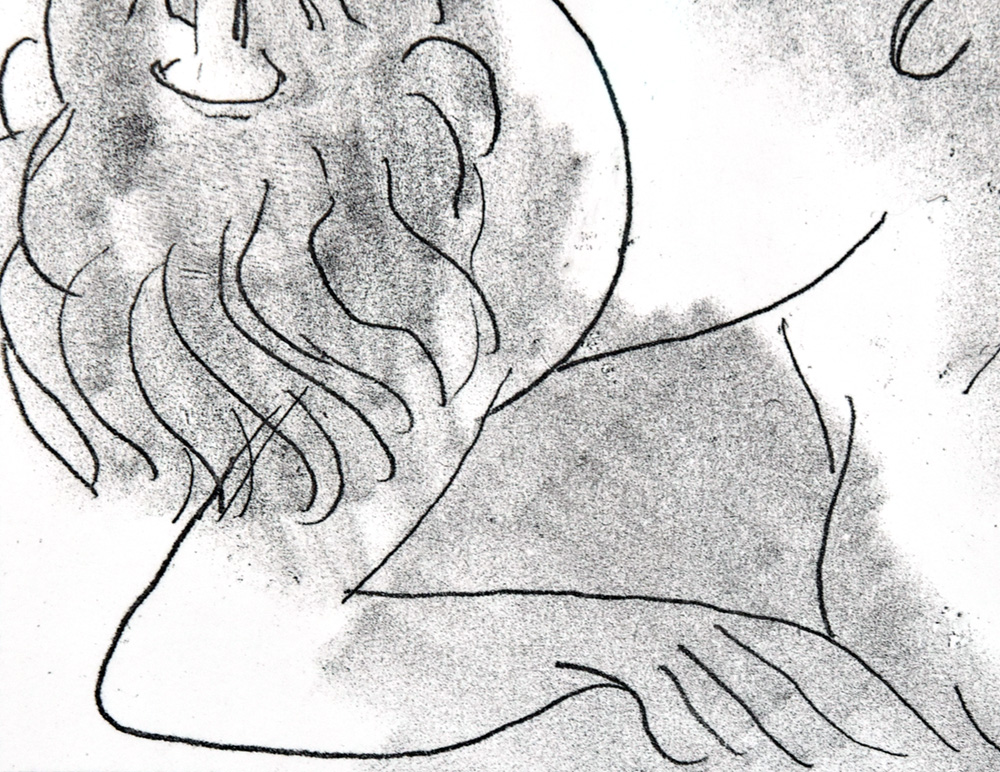 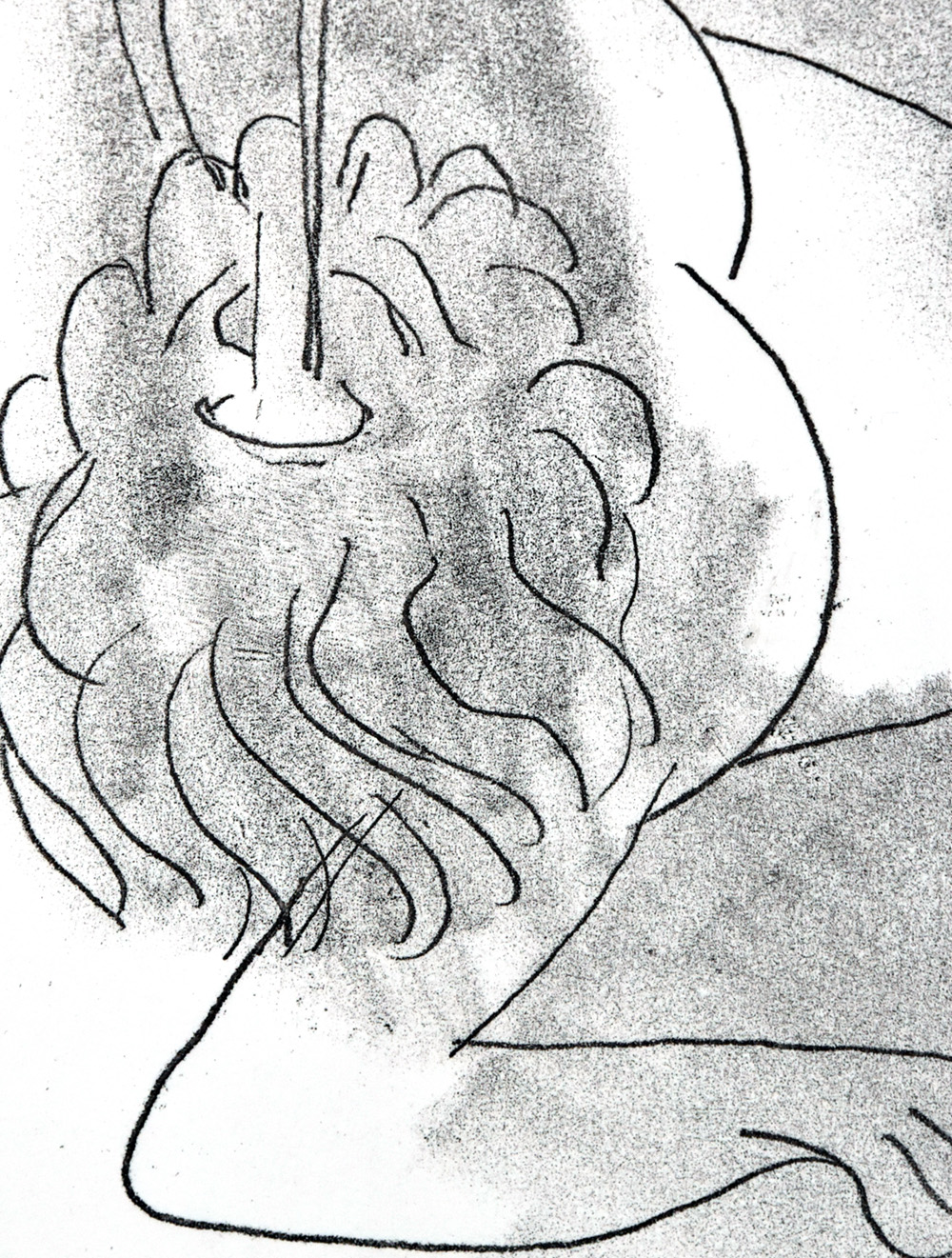 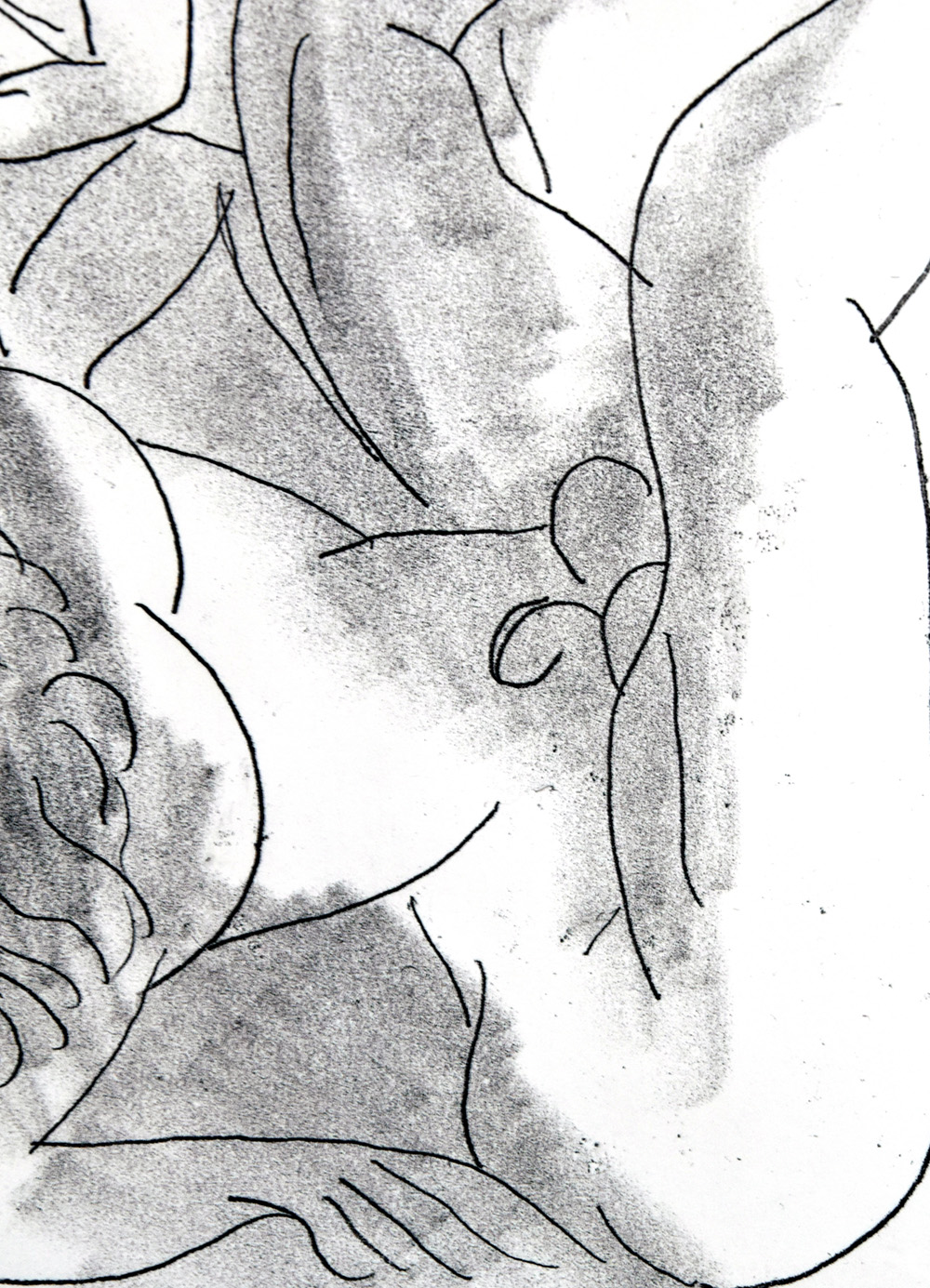 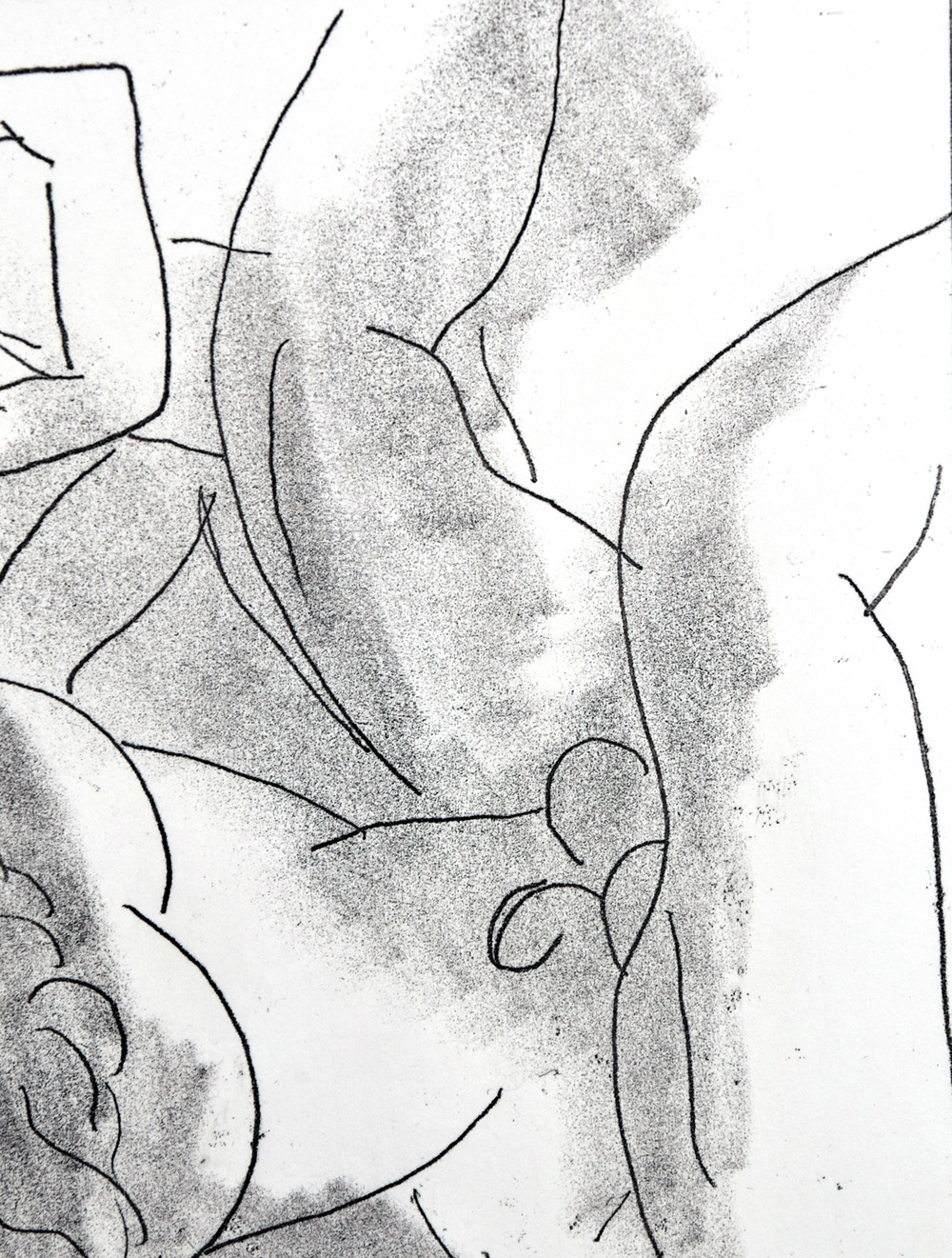 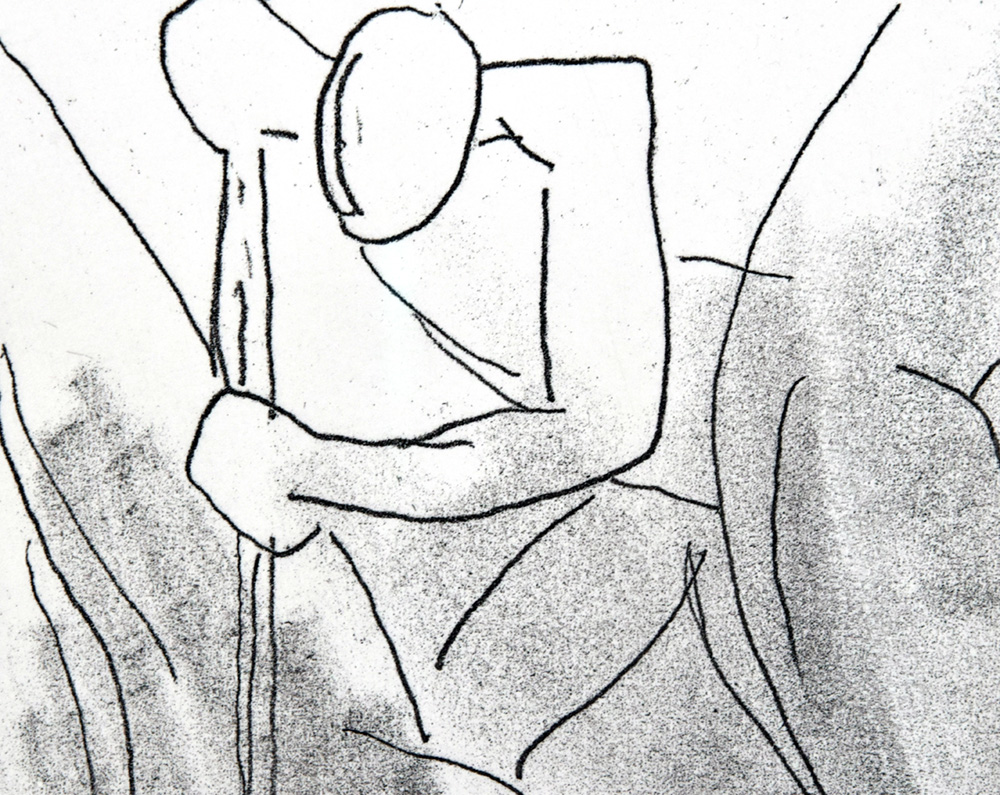 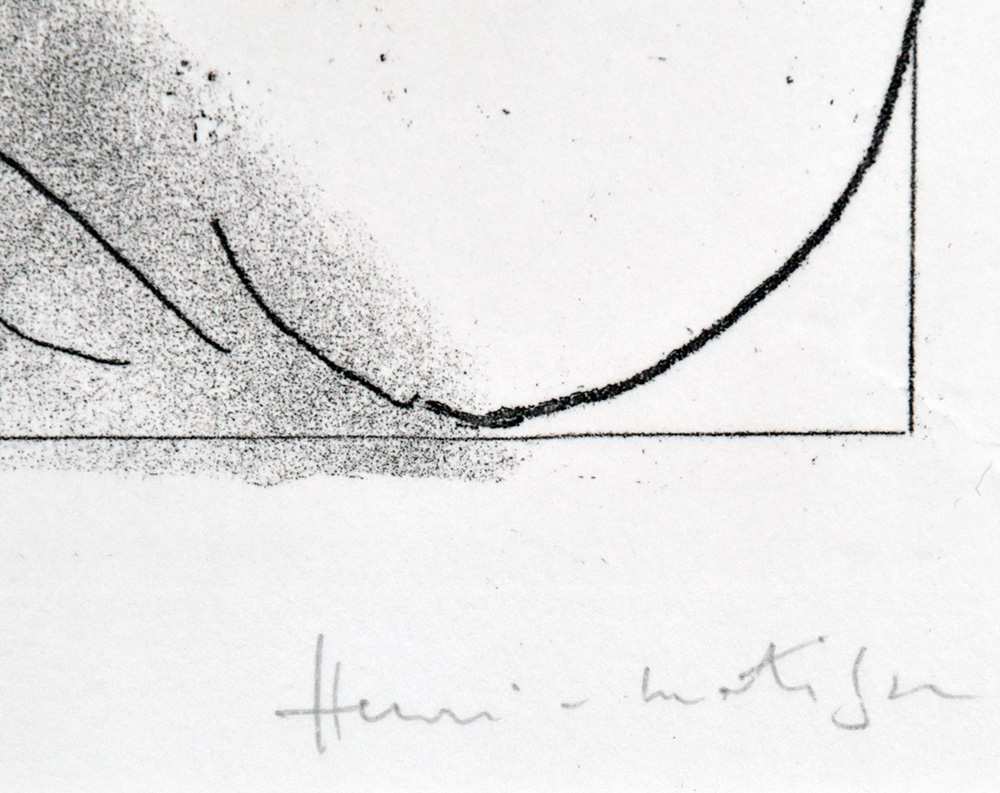 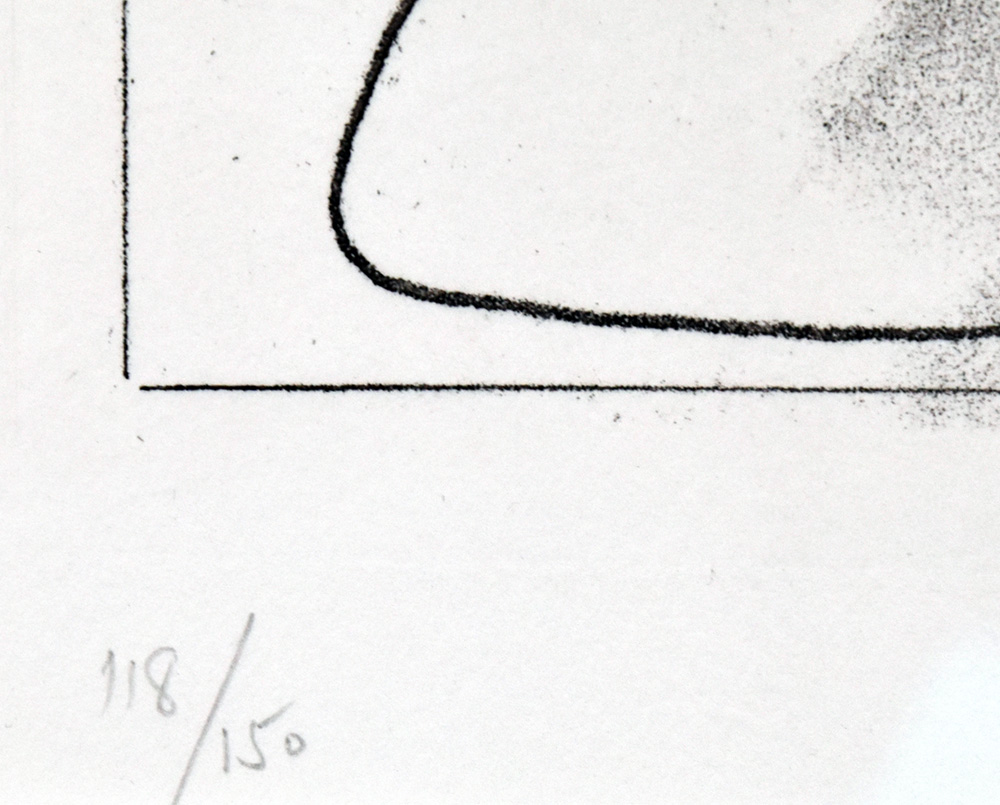 This scene, taken from James Joyce’s modern rendition of Homer’s Odyssey, highlights Matisse’s mastery in depicting human figure. The composition and form of the Cyclops is extremely heightened in the foreground, whereas Odysseus is miniscule in scale compared to his enemy. The heightening exacerbates the effect of a mighty but graceful death. We can see its arm twisted but elongated to parallel the floor, its broad muscular chest heaving, and mortar like legs extending beyond the architectural frame of the work. Such techniques testify to Matisse’s abilities in how to capture the viewer’s attention in such a small frame.

Henri Matisse, one of the forefathers of Fauvism, renders a charming yet painful scene in his Polyphème from Ulysses, 1935. Odysseus pierces the eye of the Cyclops with a sense of violent monstrosity, where Matisse depicts a horrific death. Although tragic and gruesome to some degree, there is a kind of courage and viscous strength the audience can see behind Odysseus’ body language. For Matisse, this depiction is unusual from most of his works in that death was not a recurring theme.

Catalogue Raisonné & COA:
Henri Matisse Polyphème from Ulysses, 1935 is fully documented and referenced in the below catalogue raisonnés and texts (copies will be enclosed as added documentation with the invoices accompanying the final sale of the work).

About the Framing:
Framed to museum-grade, conservation standards, Henri Matisse Polyphème from Ulysses, 1935 is presented in a complementary moulding and optical-grade Plexiglas.