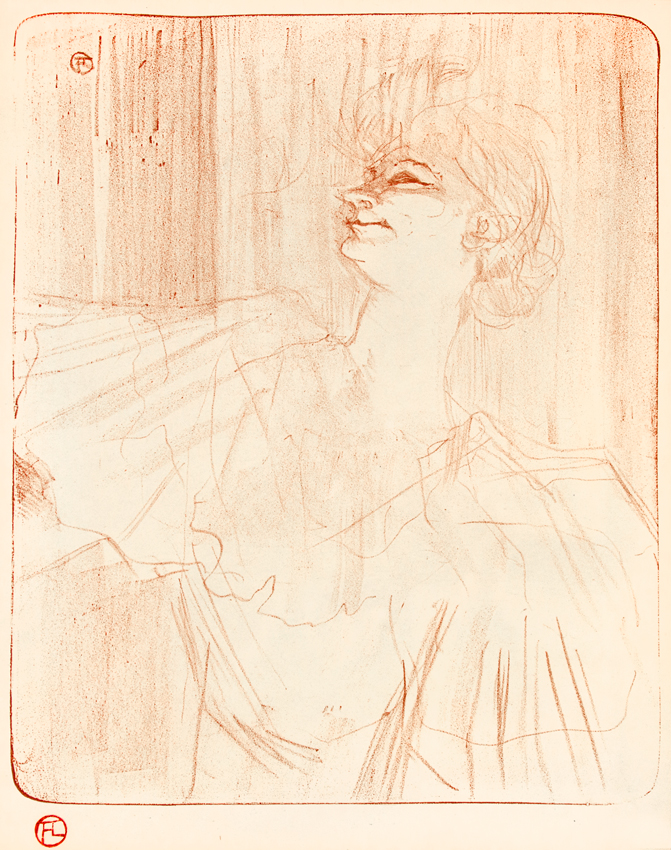 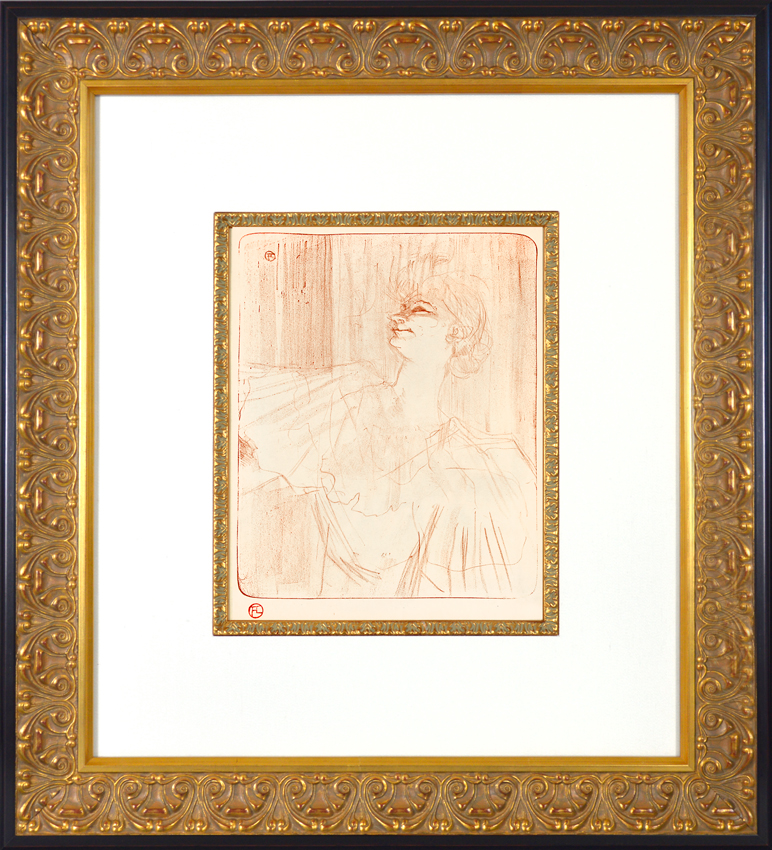 Henri de Toulouse-Lautrec is best known for his renderings of the Paris music hall, many of which are synonymous to the Belle Epoche. This work depicts famed singer Yvette Guilbert during a performance. Yvette Guilbert was a cabaret performer who frequently appeared at the Moulin Rouge and a frequent subject of Lautrec’s works. Lautrec has carefully highlighted her draped dress and spared no expense in capturing the playfulness of her expression. The singer appears to have stopped mid performance, her left arm raised in a moment of suspense. She wears a satisfied grin on her face, definitely aware of the audience’s gaze and perhaps also slyly winking at the artist. It is a teasing moment which draws viewers to look closer so that they too may know her secret.

This Crayon Lithograph Printed in Sanguine on Imitation Japan Paper is stamped with the artist’s monogram, ‘TL’ in red in the lower left margin. Second state (of 2); from the second edition of 82 impressions; Published by the Leicester Galleries of London and printed by the Westminster Press, London.

About the Framing:
This work is framed to museum-grade, conservation standards, presented in a complimentary moulding and finished with linen-wrapped mats and optical grade Plexiglas.