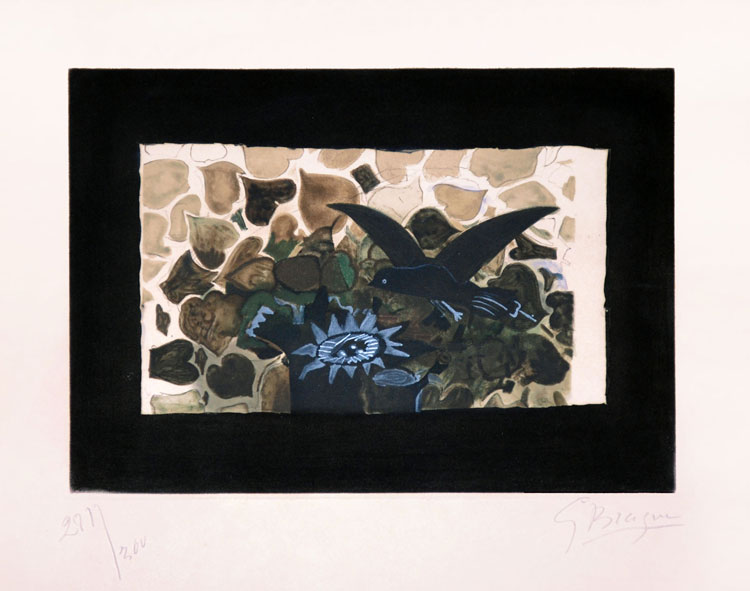 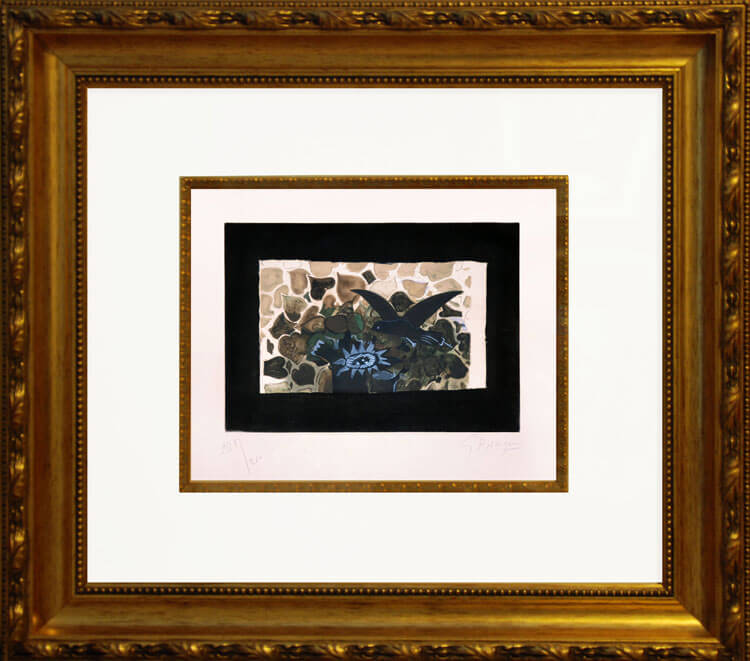 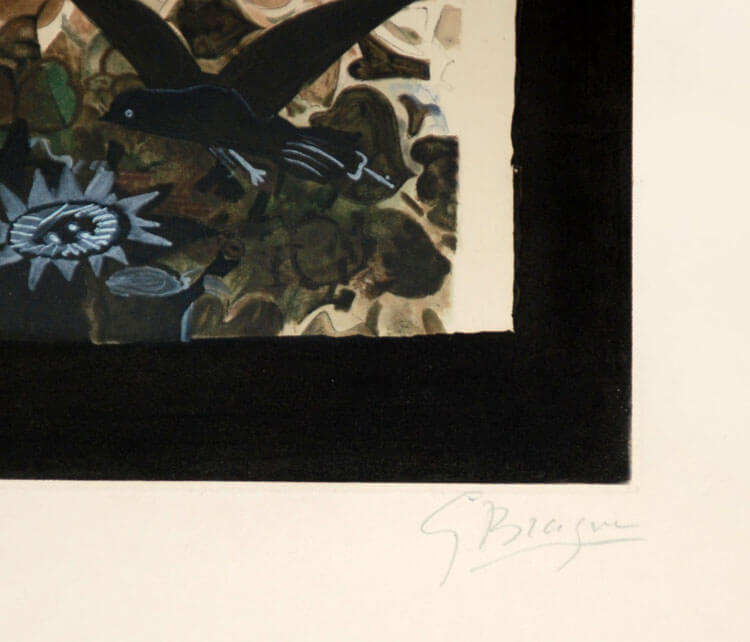 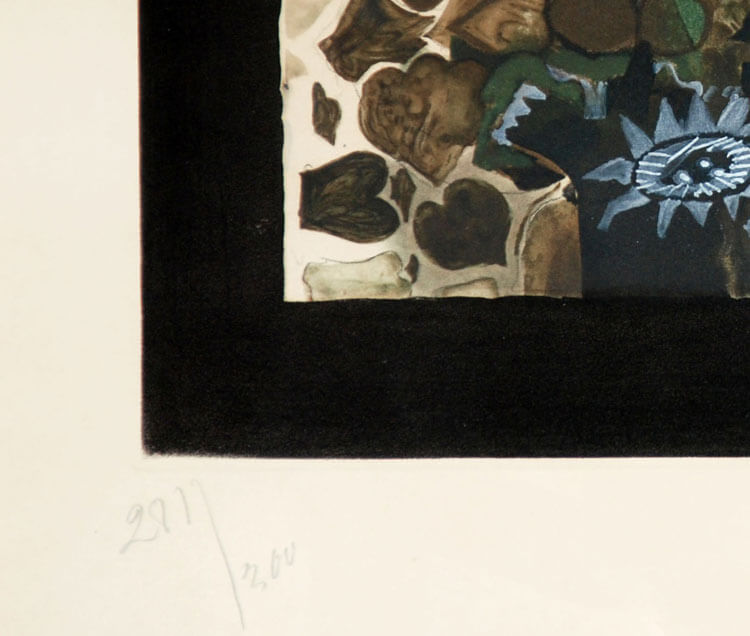 The bird is Georges Braque's calling card. When the 70-year-old artist was commissioned to create monumental decorations for the Louvre, he chose the bird as his subject. This winged animal appears again and again in his oeuvre, but its representation is noteworthy in this print. To those who would say that Braque is not a draftsman, Dora Vallier writes, "for [him], drawing is not a means of giving outward appearance to forms but of showing what lies within." Along the same lines, Braque himself says, "Forget things, only remember their relationship." These two statements encourage thoughtful viewing.

Coming back to its nest and hatched egg, a great black bird is hardly visible against the dark green of its home and the brown leaves behind. Rather than spend time on the details, Braque emphasizes the spatial arrangement of the scene. Everything is compressed down to one level; the curtain of heart-shaped leaves blends together as it falls toward the nest. Braque sees how the tree, nest and bird interrelate, and this entwined relationship is what he chooses to show.

Created circa 1950, this original color etching is hand-signed by Georges Braque (Argentueil, Val-d'Oise, 1882 - Paris, 1963) in pencil in the lower right margin and numbered 281/300 in pencil in the lower left margin. The edition was printed by Atelier Krommelinck, Paris on Rives paper, and published by Maeght, Paris.

Catalogue Raisonné & COA:
Georges Braque The Green Nest (Le nid vert), 1950 is fully documented and referenced in the below catalogue raisonnès and texts (copies will be enclosed as added documentation with the invoice that will accompany the final sale of the work).

1. Vallier, Dora. Braque: The Complete Graphics Catalogue Raisonné. New York: Gallery Books, 1982. Listed and illustrated as Maeght no. 1028 on p. 294.
2. A Certificate of Authenticity will accompany this work.

About the Framing:
Georges Braque The Green Nest (Le nid vert), 1950 is framed to museum-grade, conservation standards, presented in a complementary moulding and finished with silk-wrapped mats and optical grade Plexiglas.