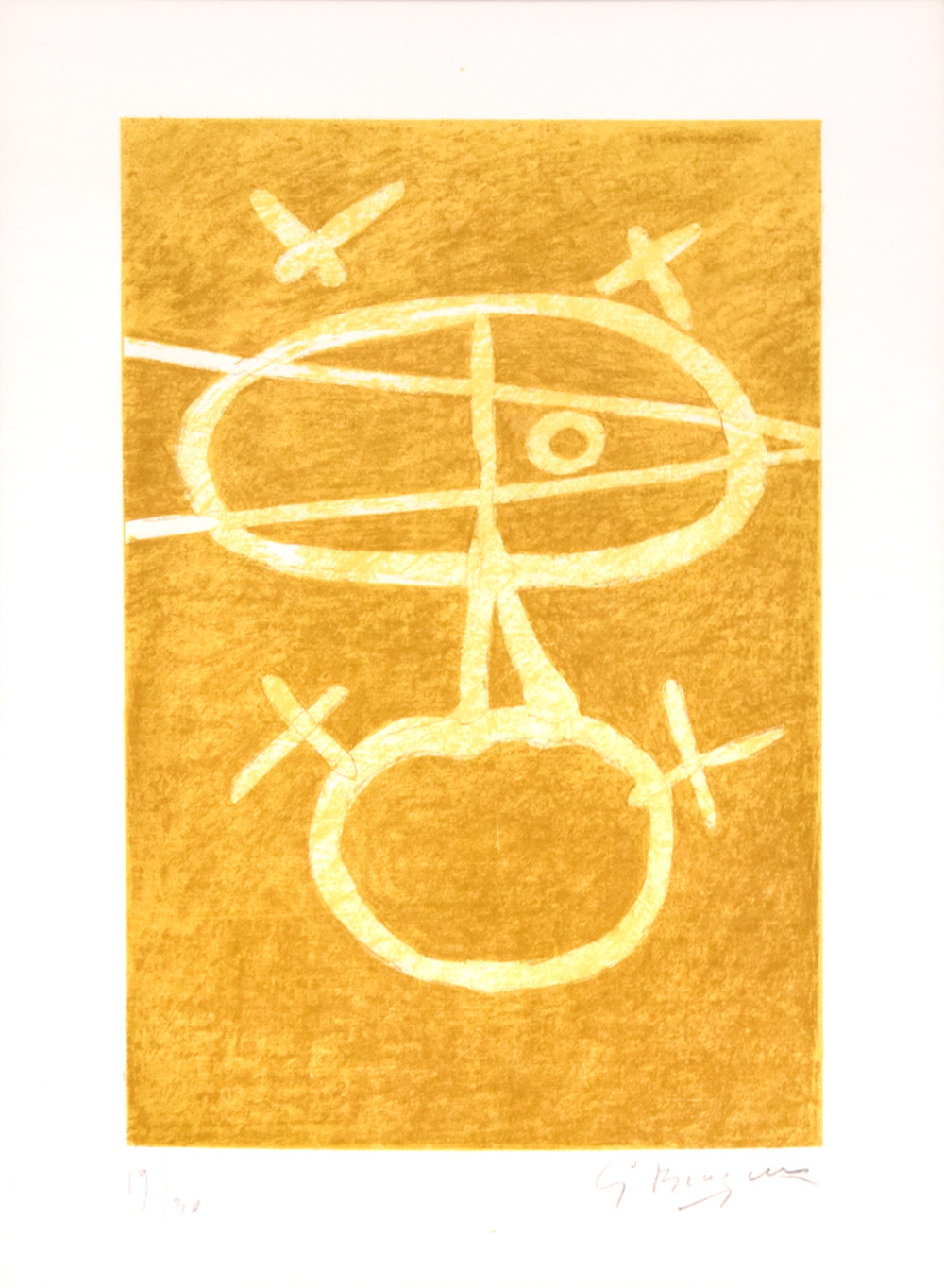 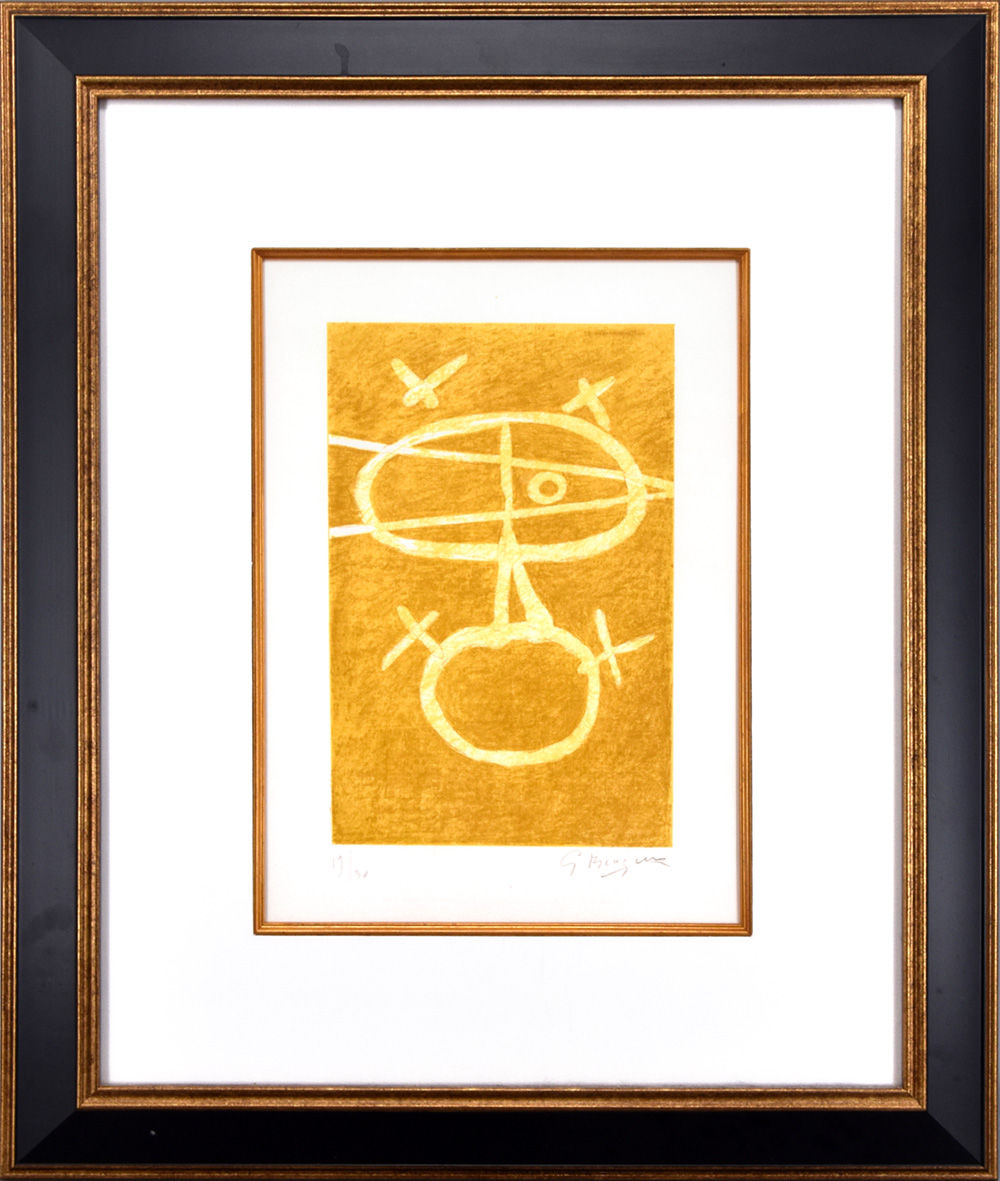 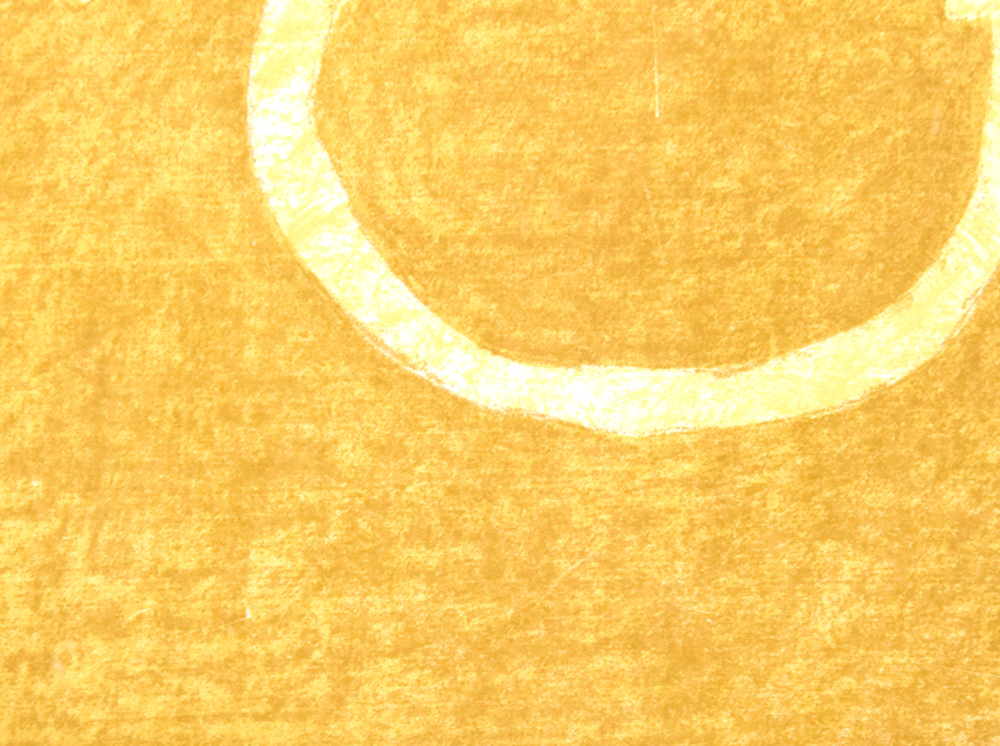 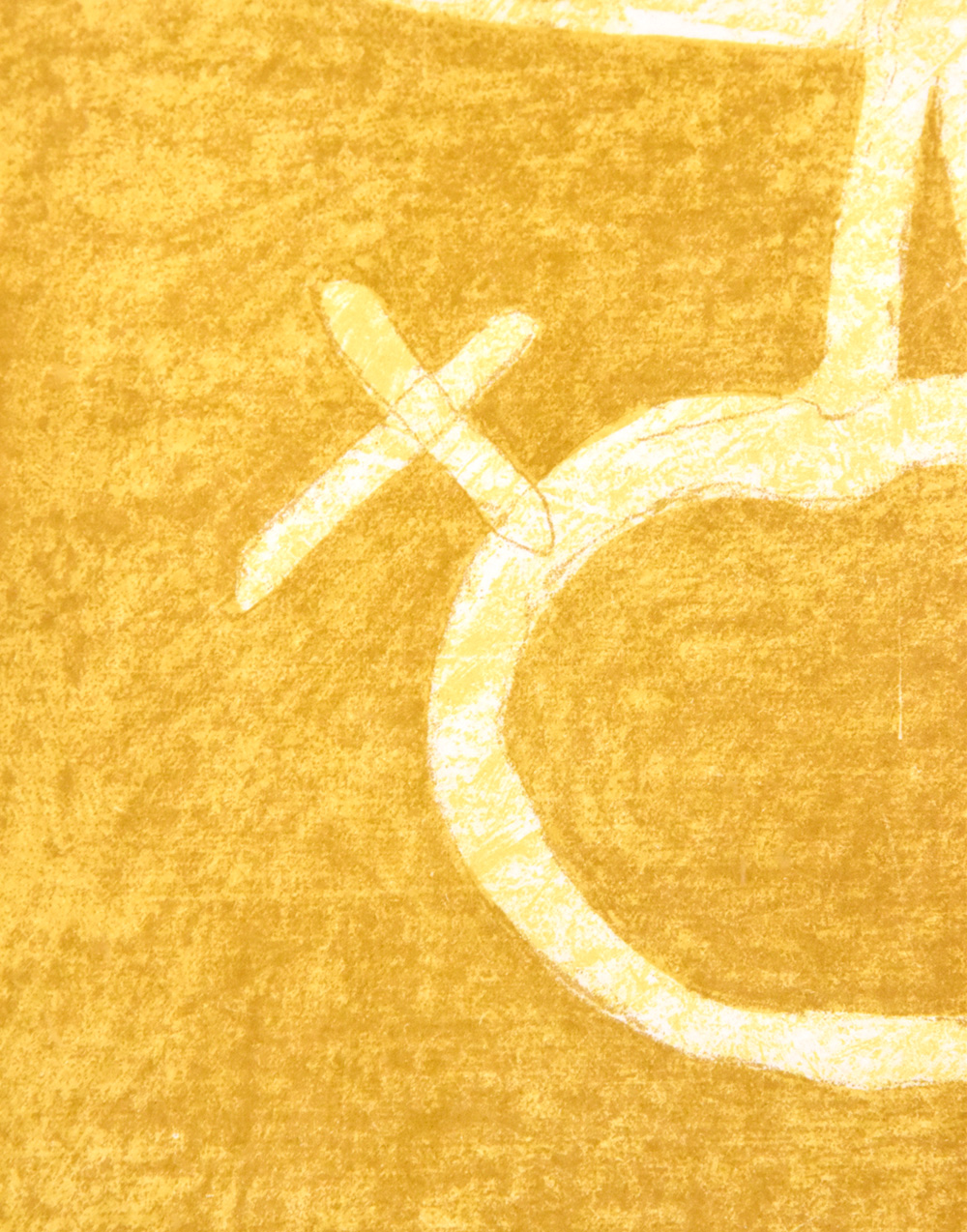 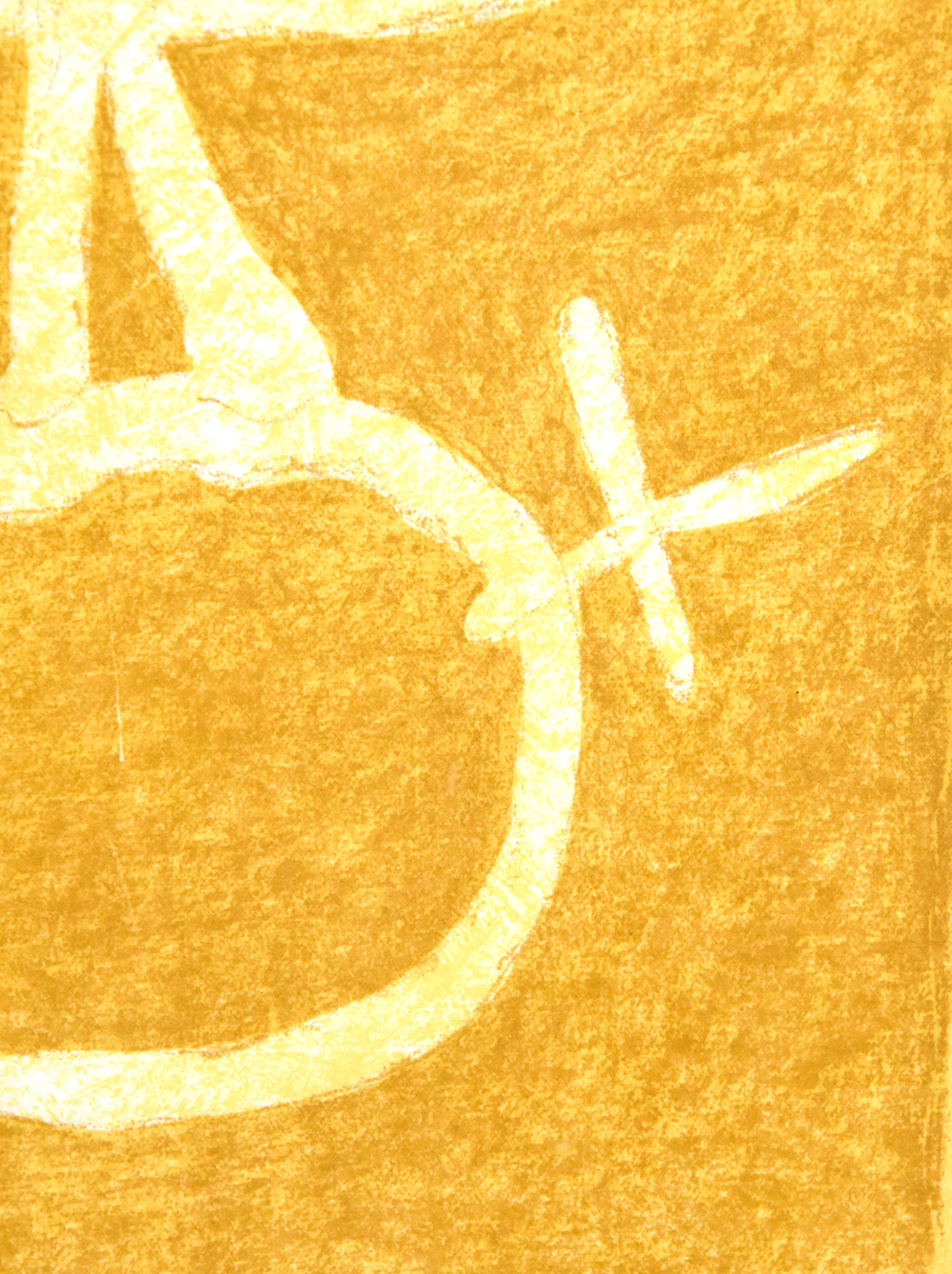 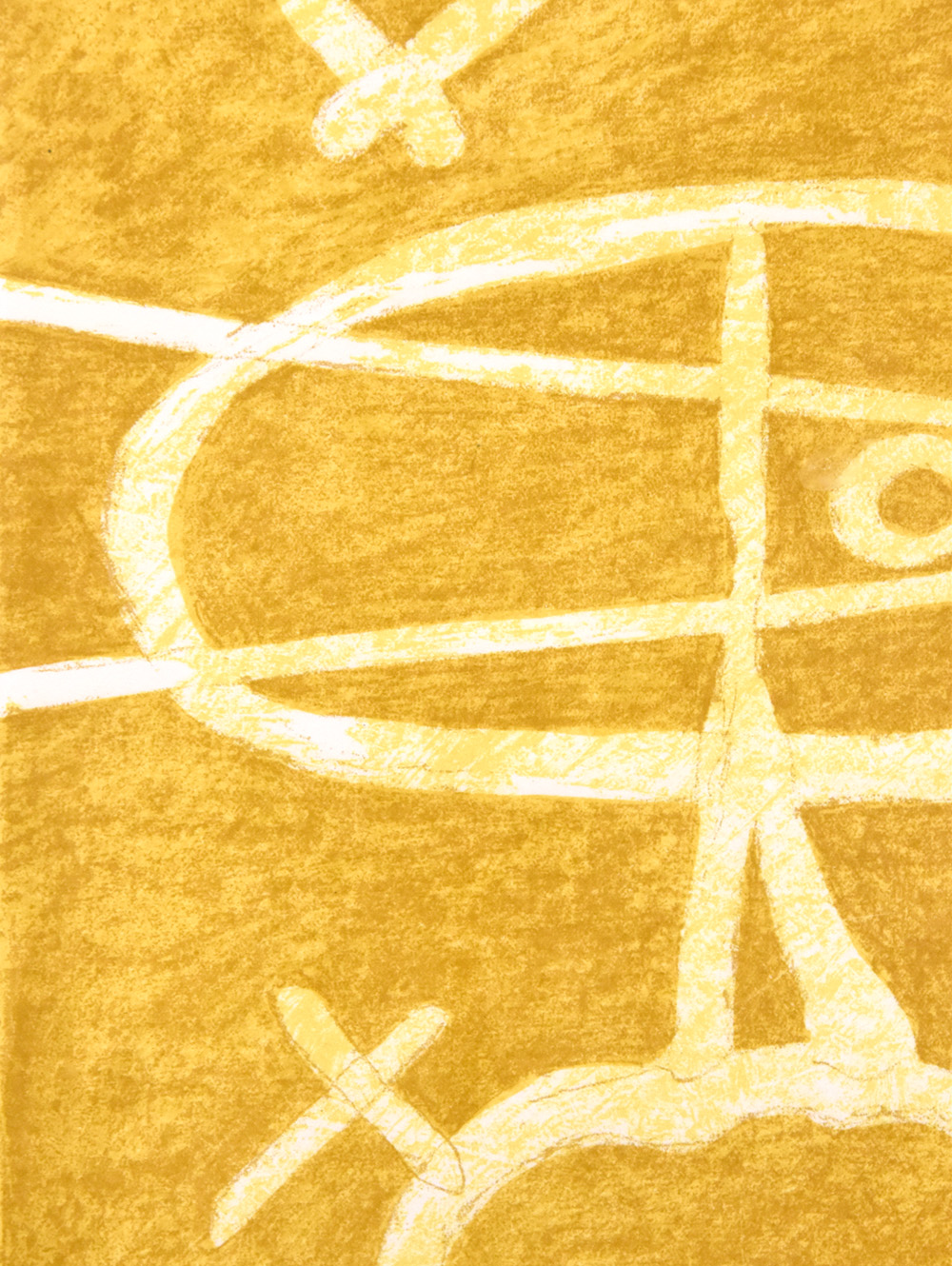 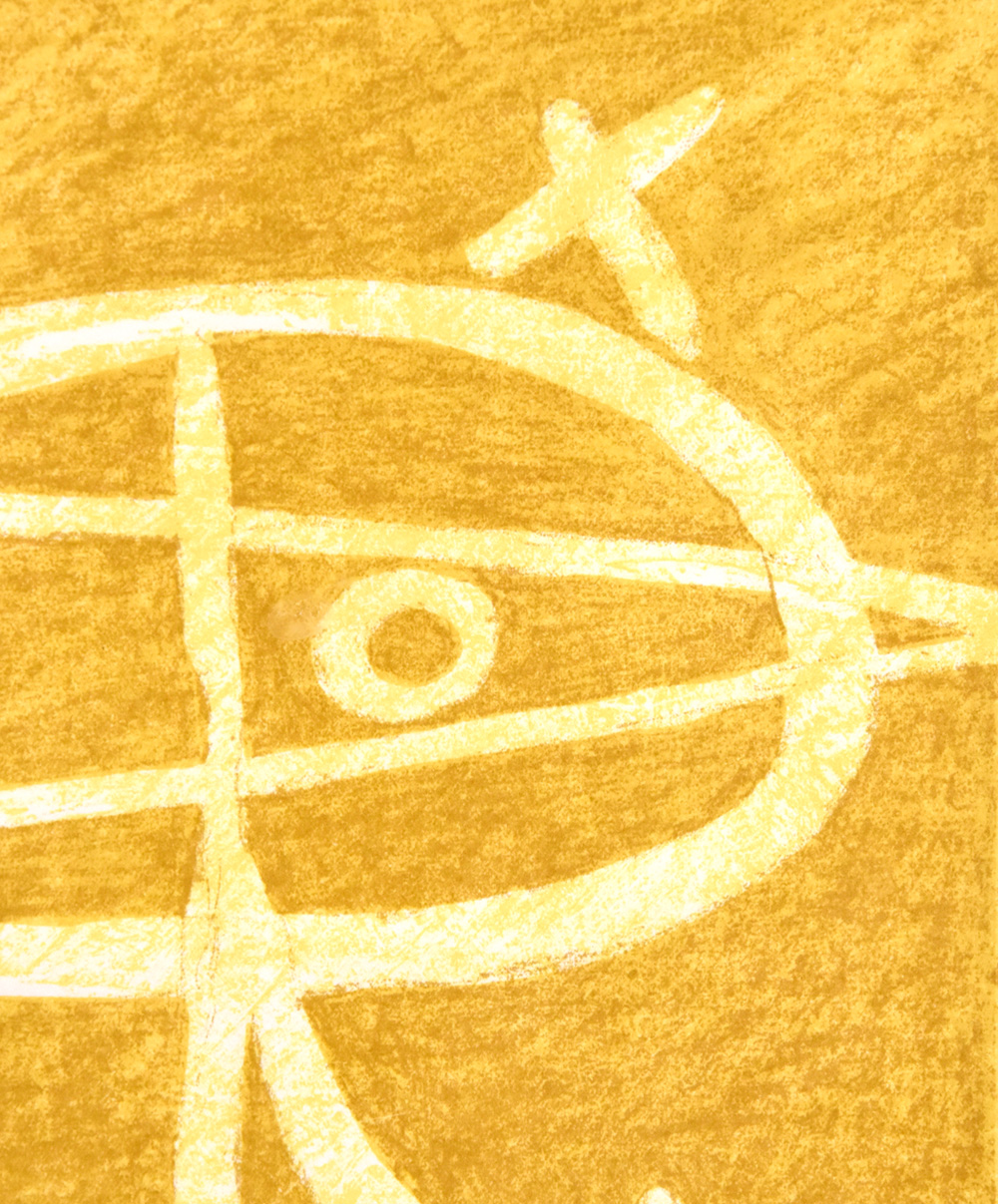 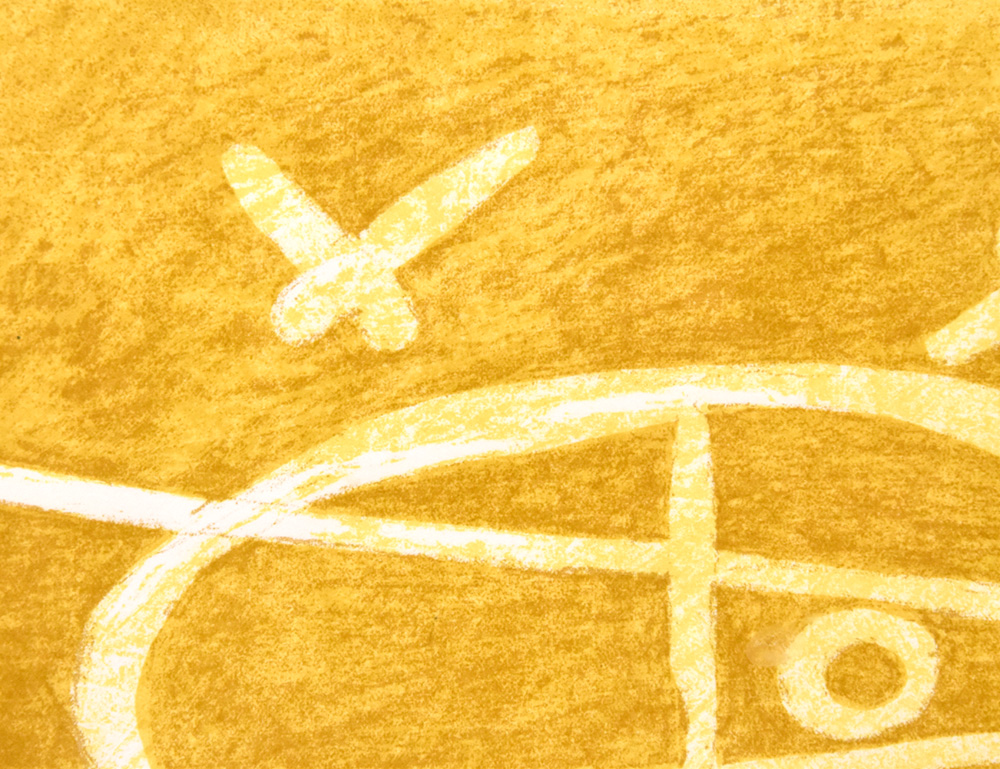 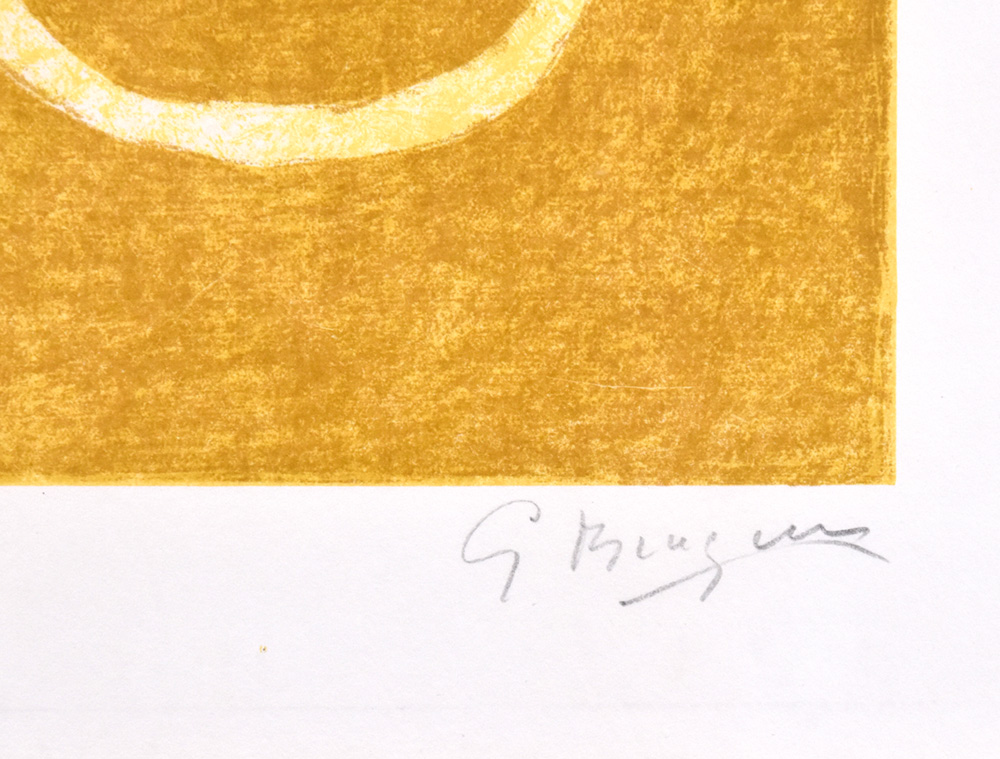 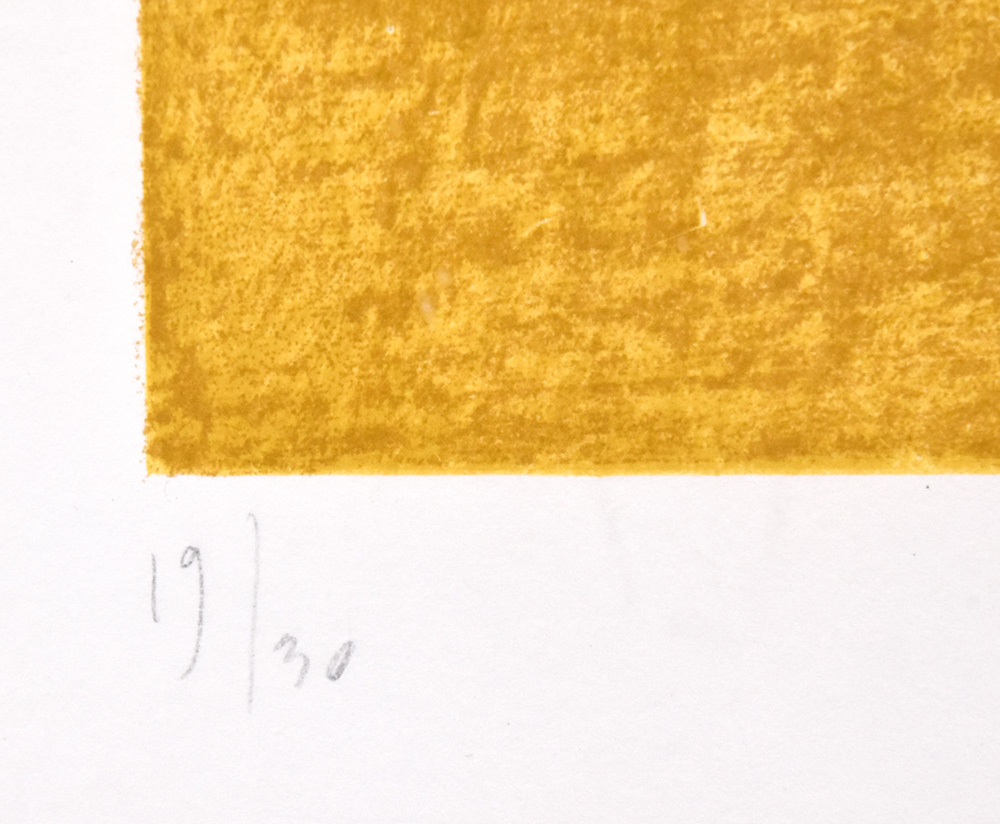 Braque Le Signe (The Sign), 1954 is an intricate and mysterious piece. This work comes from a period in Braque’s life in which he became considerably more involved with printmaking and with illustrating poetry. In many ways, Braque was creating his personal artistic language. Furthermore, this image manifests from Braque’s continual exploration of space and movement. He breaks down visual imagery into its most basic form and questions their impact even in this fundamental form. In this way, the delicate lines which compose this figure become the focal point of this piece. It is possible to derive multiple interpretations of this image. Some viewers may identify a curious character, others merely see interactive forms. It is this ambiguity which makes this a beguiling image. In the center of the gold colored background is a curious figure composed of circles and triangles. Cross shaped symbols are dotted along the figure creating a symmetrical visual field. The coloring is spectacular, as alternating shades of gold and yellow interlace to resemble the coloring of an ancient scroll. The gold background appears to have a brushed effect which enhances its textural quality. Overall the colors contrast wonderfully, creating a balanced composition.

Catalogue Raisonné & COA:
Braque The Sign (Le Signe), 1954 is fully documented and referenced in the below catalogue raisonnés and texts (copies will be enclosed as added documentation with the invoices that will accompany the final sale of the work).

1) Vallier, Dora, Braque: The Complete Graphics, 1982. Listed and illustrated as catalogue raisonné no. 129

About the Framing:
Framed to museum-grade, conservation standards, Braque The Sign (Le Signe), 1954 is presented in a complementary moulding and finished with silk-wrapped mats and optical grade Plexiglas.