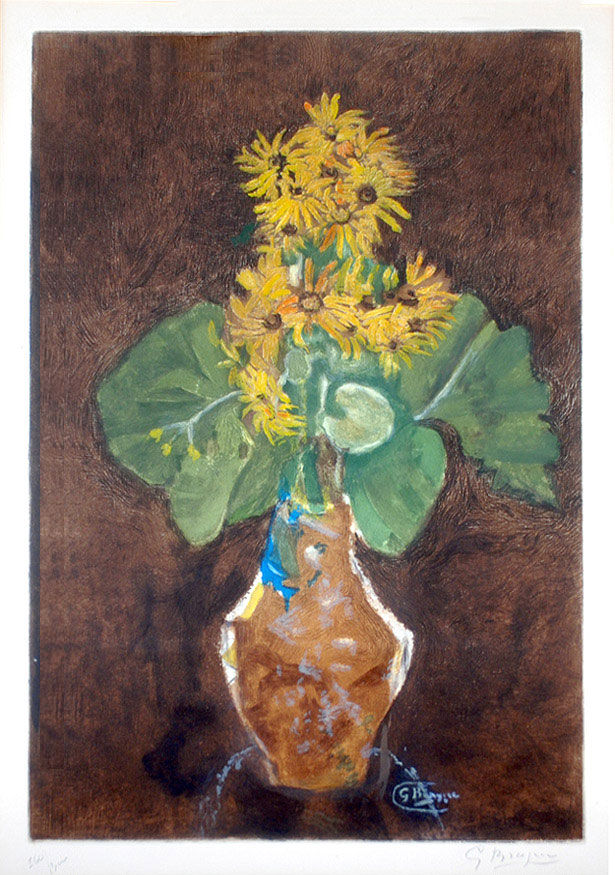 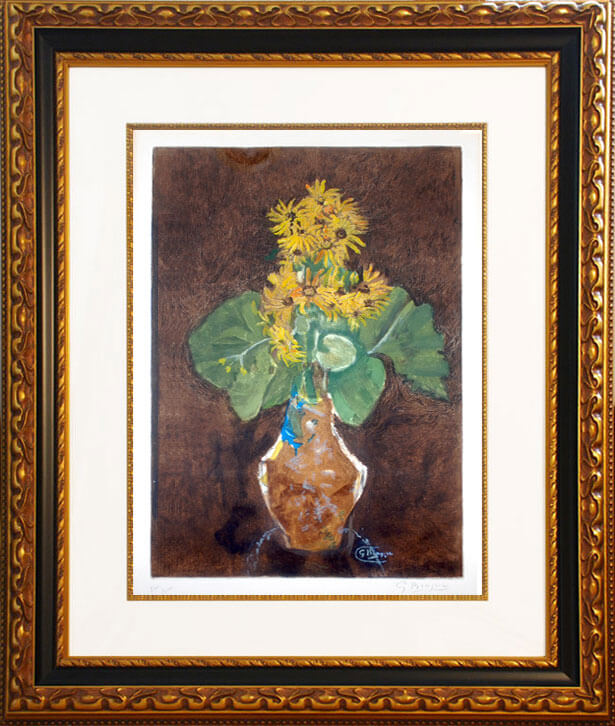 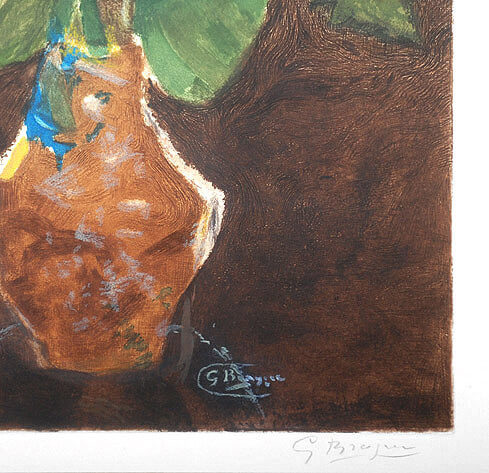 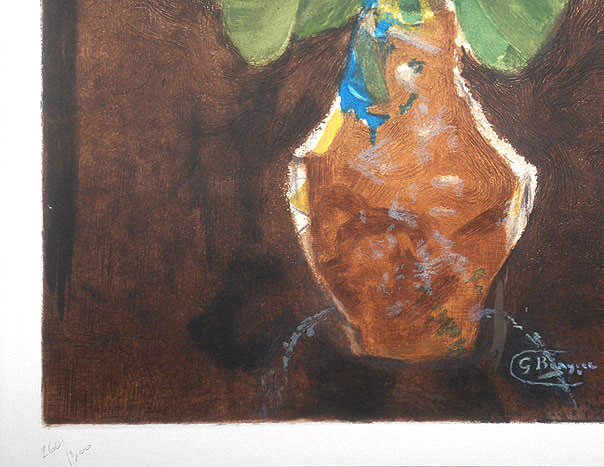 Created with a sensitive attention to color and value, this work is one of many floral motifs Braque depicted in his lifetime. Deeply saturated tones of ochre and brown express a subdued mood, while the hints of highlights convey to the viewer a sense of brightness and energy. A cluster of yellow daisies emerge from a simple ochre vase with large green leaves fanning either side of the container. The rich, deep browns of the background create a warm atmosphere in which the volume and details in the subject matter stand out. The texture within the flowers, leaves, and vase allude to the thick painterly quality of the original painting from which this work is based. A suggestion of lighting is seen in the accented areas of the vase and small center leaf, implying that the room in which the artist created this work may have been minutely illuminated.

Of the still life Braque stated, "the still life is a tactile, even manual space in contrast to the space of the landscape, which is a visual space." Further commenting upon the importance of the still life within Braque's career, it has been stated, "his still lifes are absolutely not intended to 'look real' - far from it. For a long time, they represented the crystallization of his thinking and his investigations into three-dimensional space and space-time" (Karadontis).

Catalogue Raisonné & COA:
Georges Braque Daisies (Les Marguerites), c. 1950 is fully documented and referenced in the below catalogue raisonnés and texts (copies will be enclosed as added documentation with the invoices that will accompany the final sale of the work).

About the Framing:
Georges Braque Daisies (Les Marguerites), c. 1950 is framed to museum-grade, conservation standards, presented in a complimentary moulding and finished with silk-wrapped mats and optical grade Plexiglas.