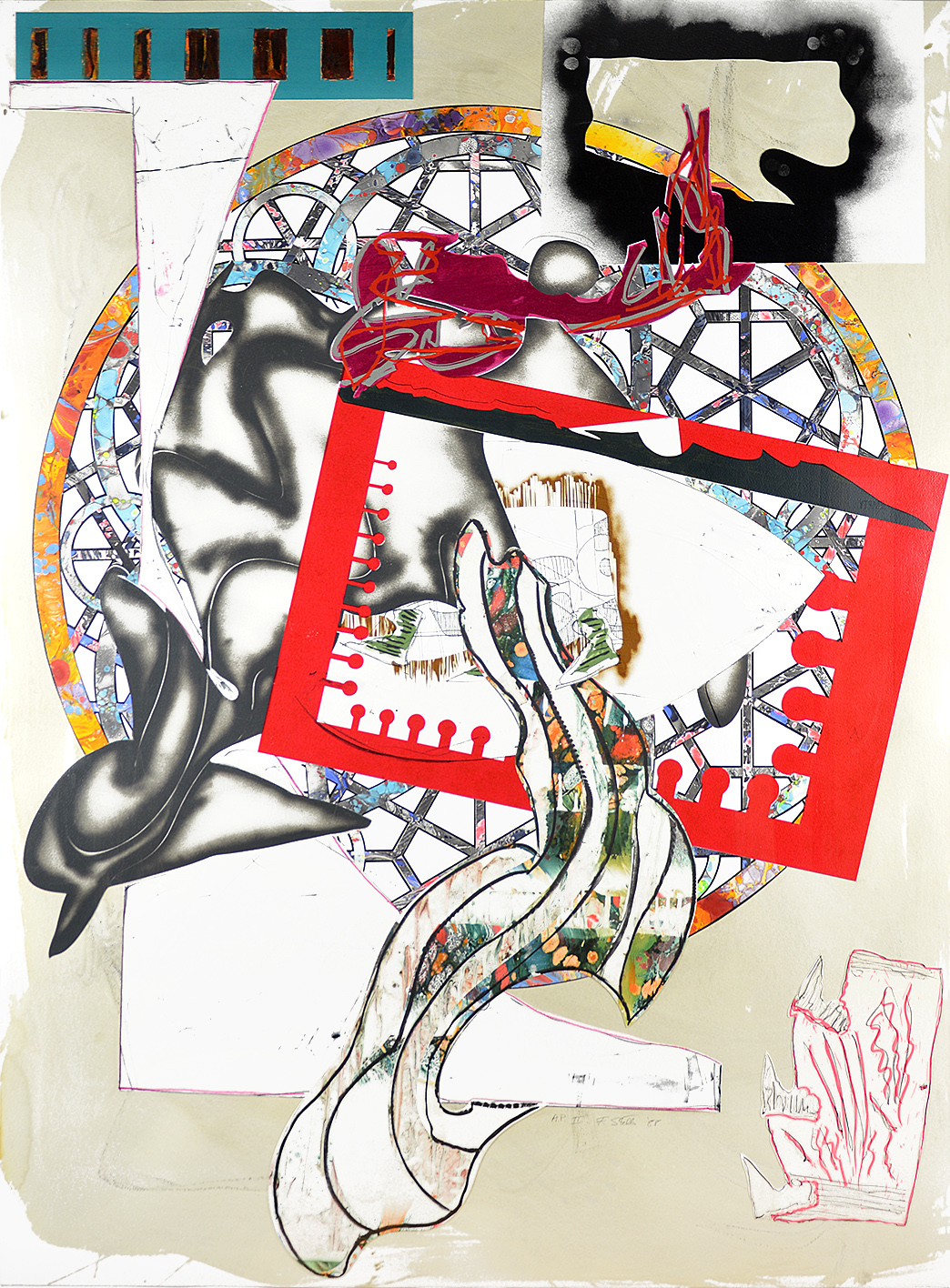 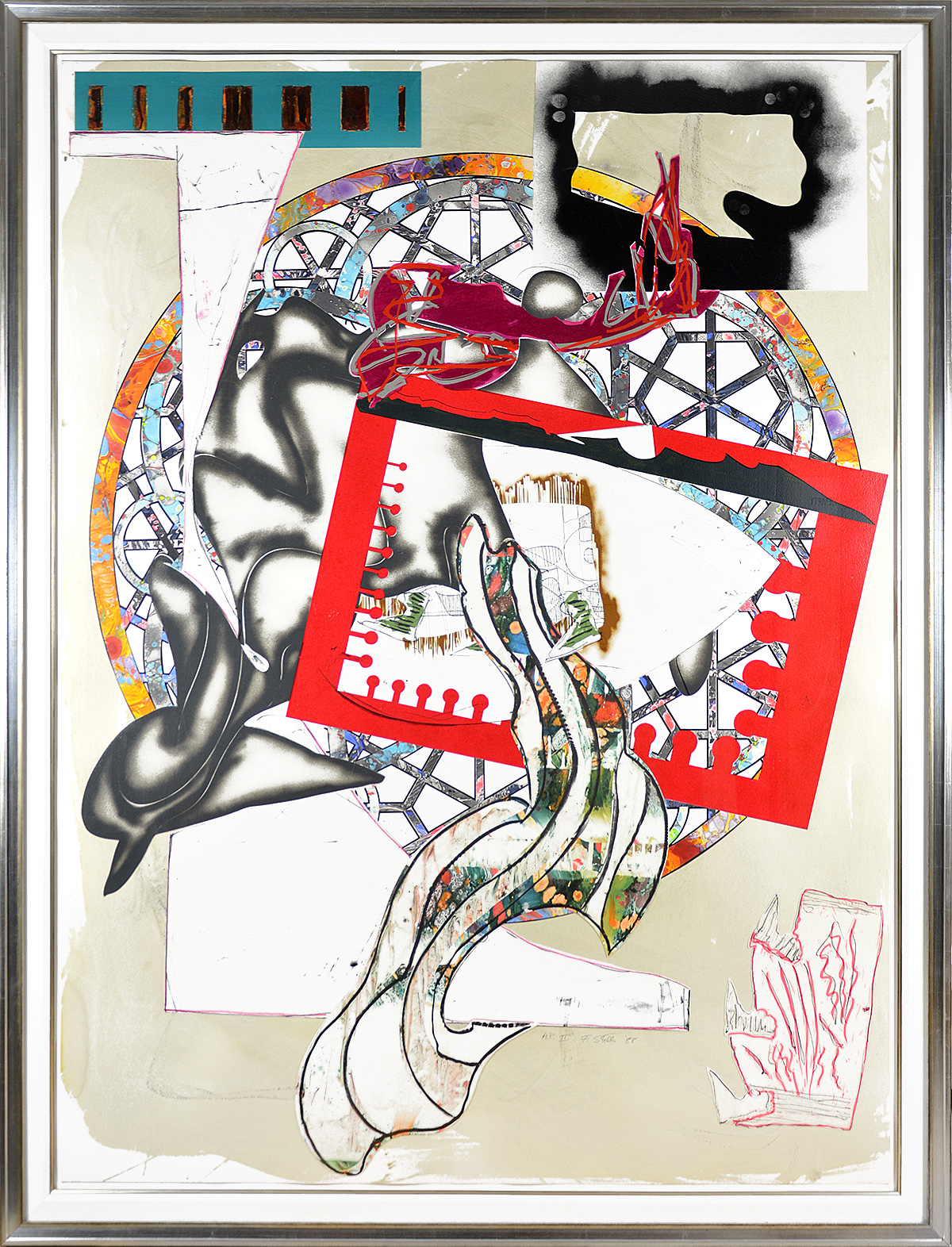 Frank Stella The Pacific, 1988 is from a series based on Herman Melville’s Moby Dick. Beneath the cloudy gray and raspberry red forms, there is a lattice of marbled paper. Delicately woven together in geometric patterns, reds, yellows, purples, blues, blacks, and more bubble up from underneath to create swirling designs. Every element of Stella’s work is well thought out, and as we move upwards, we get a sense of depth from this work. The raspberry rectangle is broken by a marbled wave that looks like it is reaching through the frame and out of the viewer.

Created in 1988, this color silkscreen with color lithograph and linocut, with handcoloring, marbling, and collage is hand signed and by Frank Stella (Massachusetts, 1936 – ) in pencil in the image lower right. Inscribed, ‘A.P. II’ in pencil  on the image in the lower right, this work is an artist proof from the edition of ten artist proofs, aside from the numbered edition of 60 and the numbered edition of 4 printer’s proofs. This work is published by Waddington Graphics, London; printed by Spencer Tomkins and James Wetly by Atelier Frank Stella.

Frank Stella The Pacific, 1988 from Waves I, 1985-1989 is fully documented and referenced in the below catalogue raisonnés and texts (copies will be enclosed as added documentation with the invoices that will accompany the sale of the work).

Framed to museum-grade, conservation standards, Frank Stella The Pacific, 1988 from Waves I, 1985-1989 is presented in a complementary moulding and finished with silk-wrapped mats and optical grade Plexiglas.