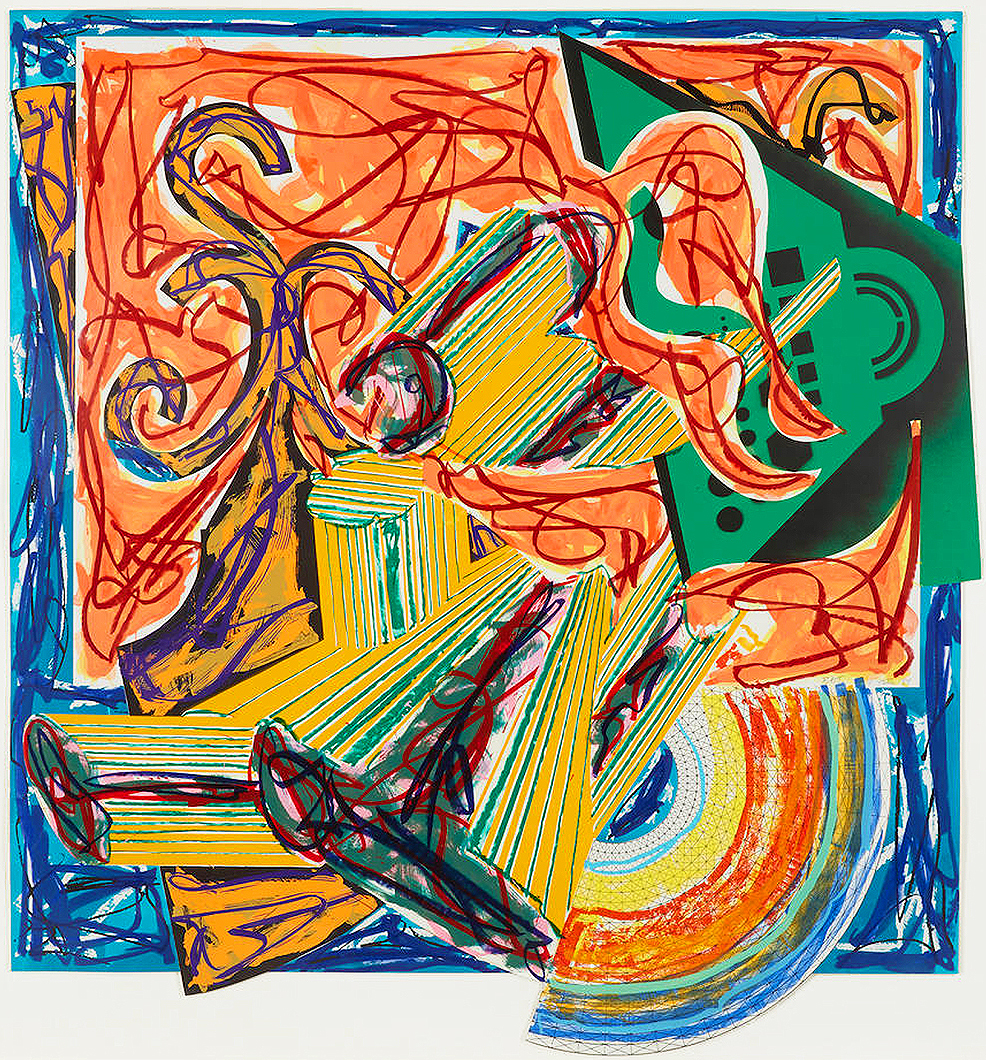 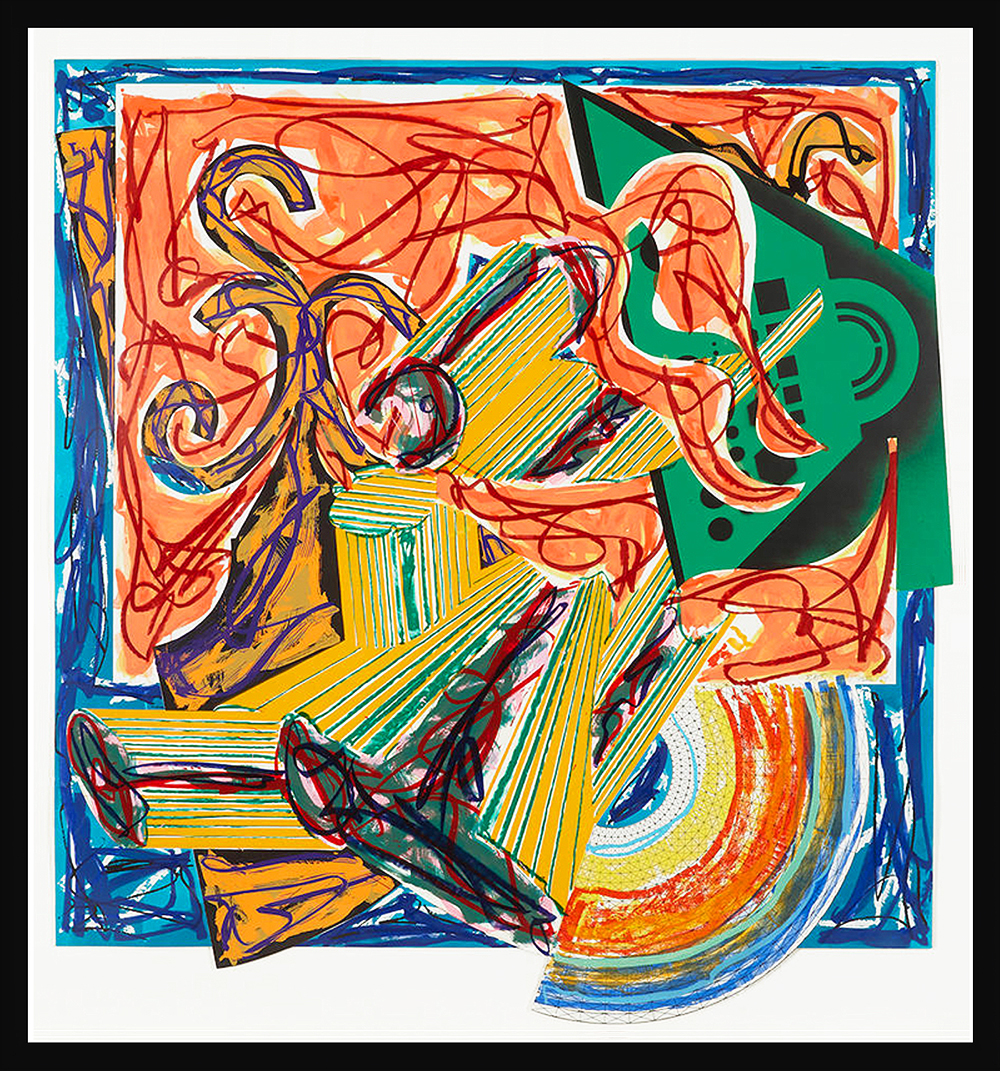 Frank Stella The Butcher Came and Slew the Ox, Pl.8 from Illustrations after El Lissitzky’s Had Gadya, 1984, recalls the post-painterly abstraction known to have influenced Stella with added elements that reflect collage and cut-out effects. Inspired after seeing an exhibition in 1919 by the Russian avant-garde artist El Lissitzky (1890-1941) who had created a series of gouaches illustrating the traditional Jewish Passover song, Had Gadya (The Only Kid), Stella created his own, one of which you see before you. With movement and vibrancy, each piece in the series illustrates each line of the song, as Lissitzky had done. What makes The Had Gadya series so pivotal in Stella’s oeuvre however is that it is the introduction of both the 'wave' motif, which inspired the seminal Moby-Dick series and his Cones and Pillars iconography.

This stunning work is bursting with color and movement. Shades of green, coral and yellow dominate the piece. Like a music piece, each component of the collage forms an upbeat composition. Central to the scene are lime green cones and pillars which are reminiscent of Stella’s previous Cones and Pillars series. Above, sinuous red lines curve to form an abstract image. Viewed together, the colors and forms are a testament to Stella’s artistic past and future.

Catalogue Raisonné & COA:
Frank Stella The Butcher Came and Slew the Ox, 1984, is fully documented and referenced in the below catalogue raisonnès and texts (copies will be enclosed as added documentation with the invoices that will accompany the sale of the work).

1. Stella, Frank Illustrations after El Lissitzky's Had Gadya 1982-1984. London: Waddington Graphics, 1985. Listed and illustrated as plate 8.
2. A Certificate of Authenticity will accompany this artwork.

About the Framing:
Framed to museum-grade conservation standards, Frank Stella The Butcher Came and Slew the Ox, 1984, is presented in a complementary moulding with silk mats and optical-grade Plexiglas.