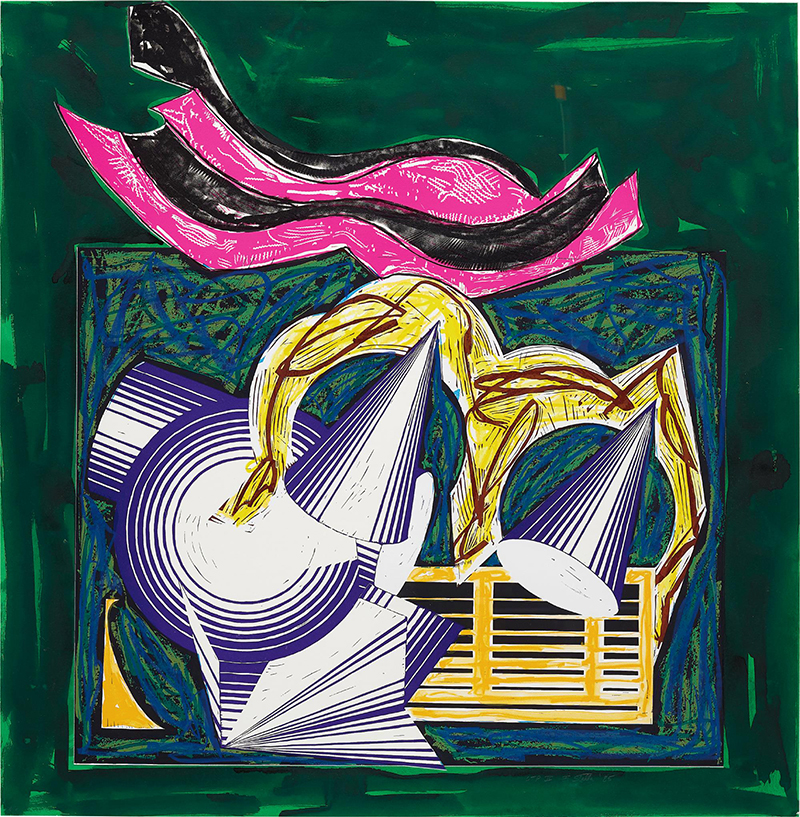 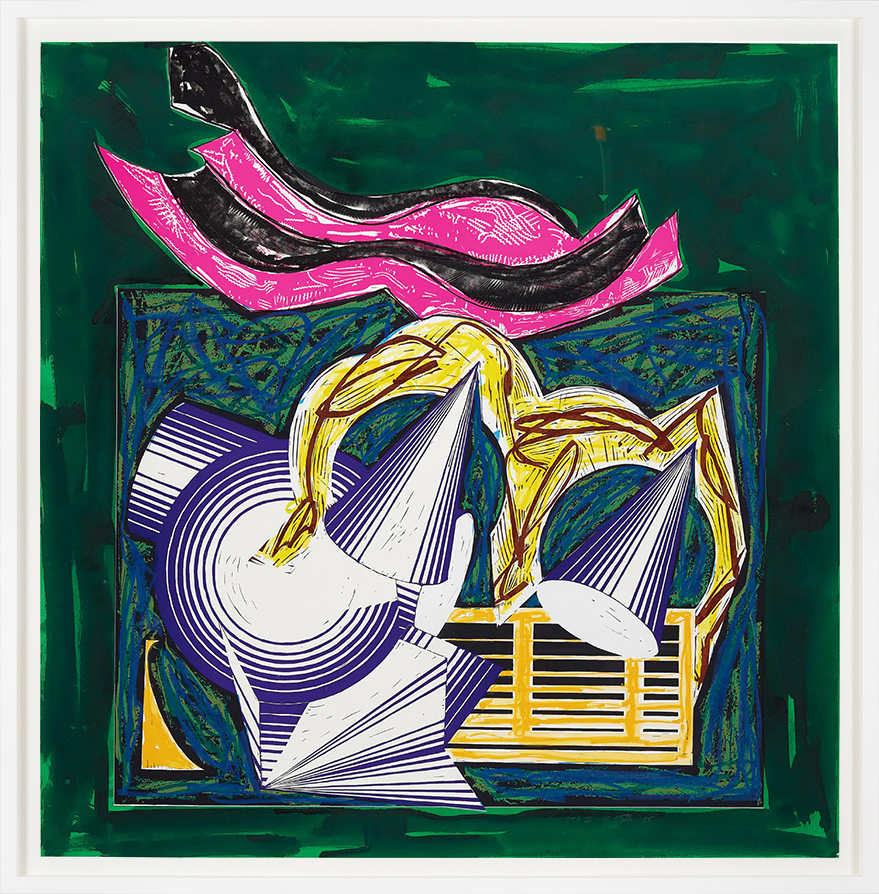 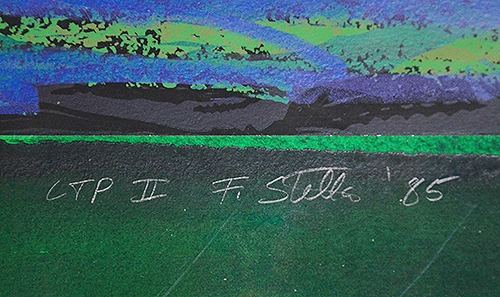 Frank Stella One Small Goat Papa Bought for Two Zuzim, pl. 1 from Illustrations after El Lissitzky’s Had Gadya, 1984 is based on the gouaches done by the Russian avant-garde artist, El Lissitzky, completed in 1919. The originals illustrated a traditional Jewish Passover song Had Gadya. Stella came upon these gouaches in the Tel Aviv museum in 1981 and was inspired to make his own take. Alive with a rich green background, the added colors of bright pink and yellow pack a punch. The forms flow around the page, and yet are joined by some strictly geometrical circles, cones and cylinders which contrast the more organic shapes.

Created in 1985, this lithograph, linocut, silkscreen with hand coloring and collage on T.H. Saunders paper (background) and shaped, hand-cut Somerset paper (collage), is hand-signed and dated by Frank Stella (Massachusetts, 1936 - ) in pencil in the lower right: : ‘F. Stella ‘85’. A unique color trial proof, numbered "CTP II" in pencil, aside from the numbered edition of 60 and 10 artist’s proof; published by Waddington Graphics, London.

Frank Stella One Small Goat Papa Bought for Two Zuzim, 1985 from Illustrations after El Lissitzky’s Had Gadya is fully documented and referenced in the below catalogue raisonnés and texts (copies will be enclosed as added documentation with the invoices that will accompany the sale of the work).

Framed to museum-grade, conservation standards, Frank Stella One Small Goat Papa Bought for Two Zuzim, 1985 from Illustrations after El Lissitzky’s Had Gadya is presented in a complementary moulding, mats and optical grade Plexiglas.