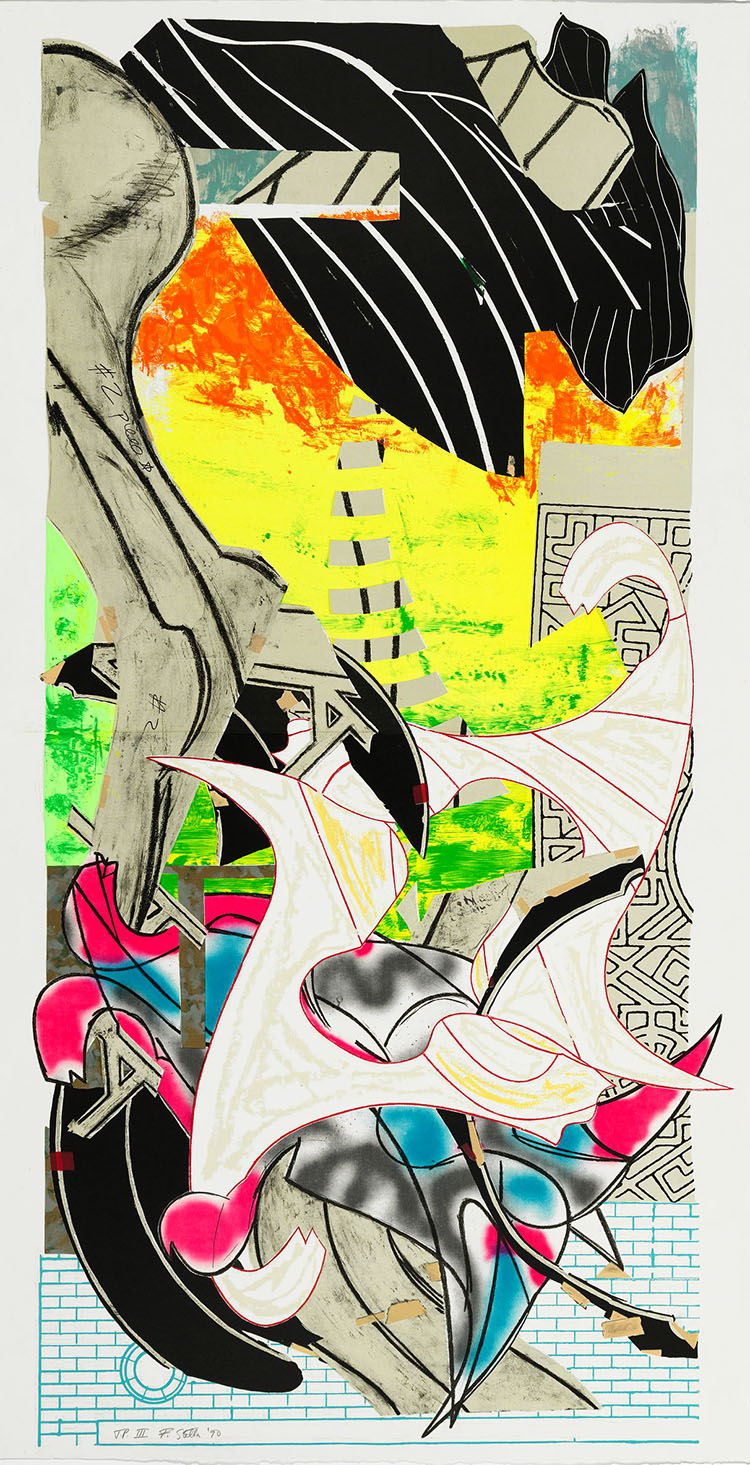 Frank Stella The Symphony, 1990 is a gorgeous example of the artist’s non-representational style. This work was commissioned in 1989 by the United States Department of State’s Art in Embassies Program for its twenty-fifth anniversary. This department was created in 1964 to promote original work by American artists in the homes of United States ambassadors, of which this work hung in forty-one. This work stands at nearly seven feet tall, making its composition of abstract forms even more engrossing. At the bottom of the composition, a plane that performs as a colorless brick wall. On top of this, forms in white, blue, black and pink dance upward into a sky of deep yellow, green and orange. The top of the piece is dominated by monochromatic winding forms. As its title suggests, the work engulfs the viewer similarly to the way a symphony engulfs its audience.

Frank Stella The Symphony, 1990 is fully documented and referenced in the below catalogue raisonnés and texts (copies will be enclosed as added documentation with the invoices that will accompany the sale of the work).

Framed to museum-grade, conservation standards, Frank Stella The Symphony, 1990 is presented in a complementary moulding and finished with silk-wrapped mats and optical grade Plexiglas.