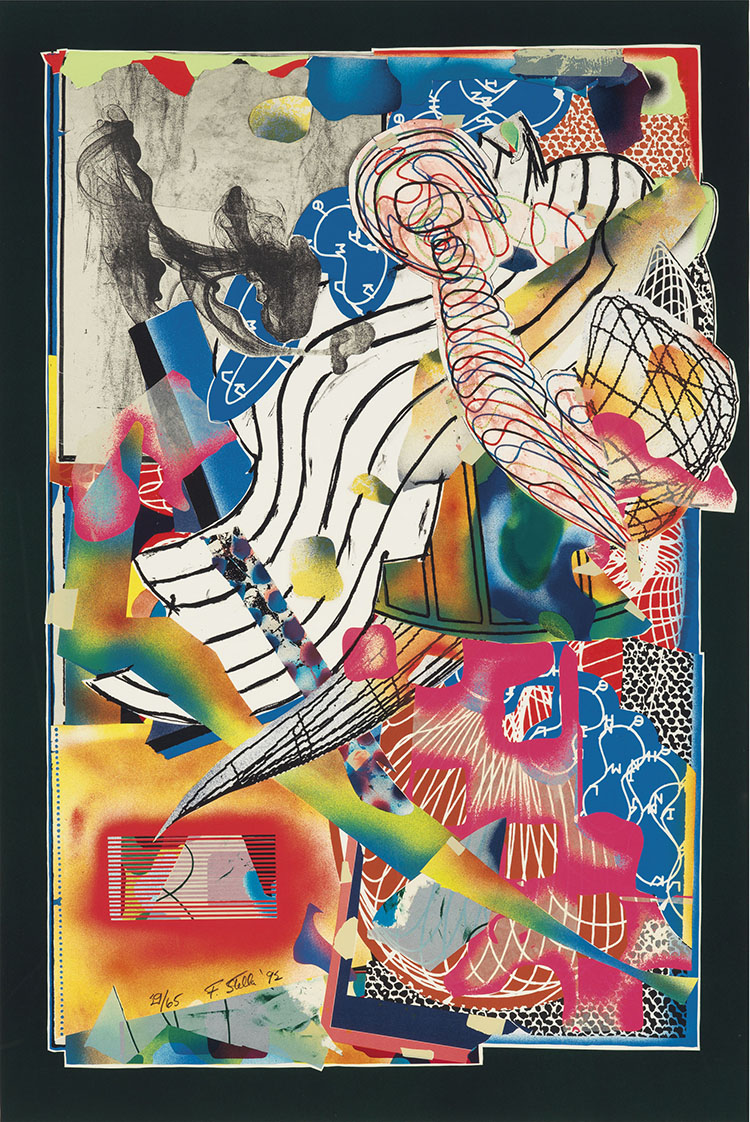 Frank Stella The Candles, 1992 is a stunning work from the time of the artist’s various series based on Herman Melville’s Moby Dick. Though it is not included in any of these three series, it does take its name from the 119th chapter of the book. The imagery in this work refers to balls of lightning that illuminate the mast of Captain Ahab’s ship during a thunderstorm. In the center of the composition, the artist has illustrated an abstract form that looks similar to a ship’s massive sail, and from this extend other abstract forms that represent the rest of The Pequod. Surrounding the main subject matter is a medley of cool blues and bright orange and pink tones that act as the sea and sky. The collage and the overall image that its pieces create showcase the artist’s mastery over numerous printing techniques and creativity.

Frank Stella The Candles, 1992 is fully documented and referenced in the below catalogue raisonnés and texts (copies will be enclosed as added documentation with the invoices that will accompany the sale of the work).

Framed to museum-grade, conservation standards, Frank Stella The Candles, 1992 is presented in a complementary moulding and finished with silk-wrapped mats and optical grade Plexiglas.