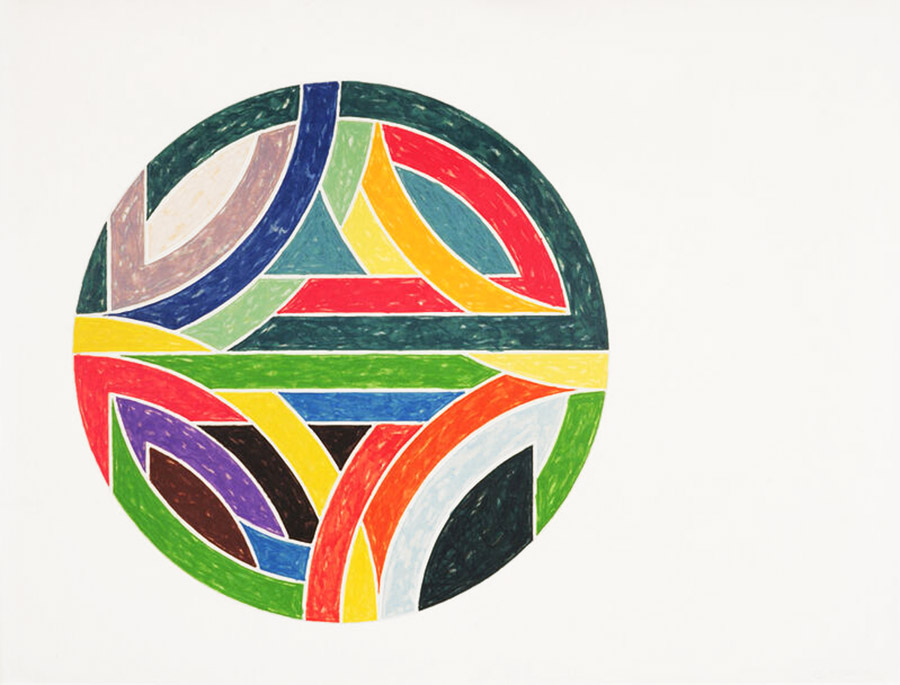 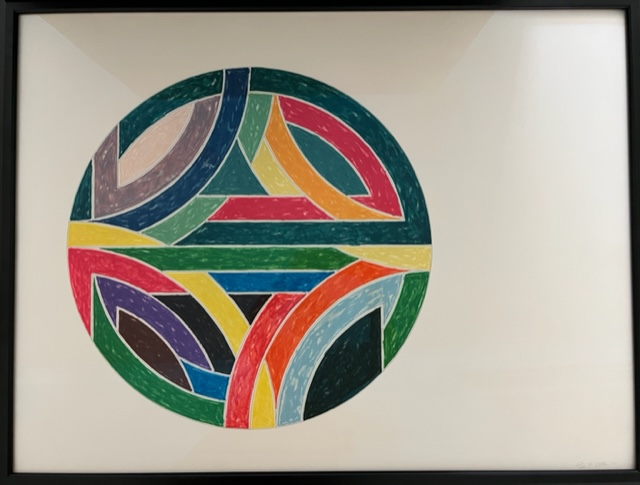 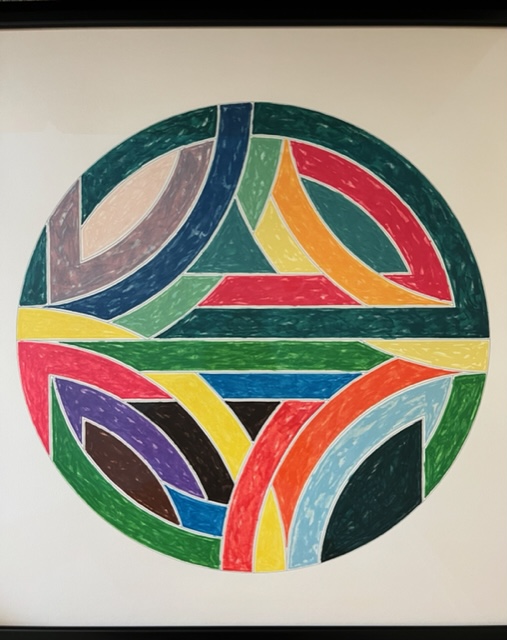 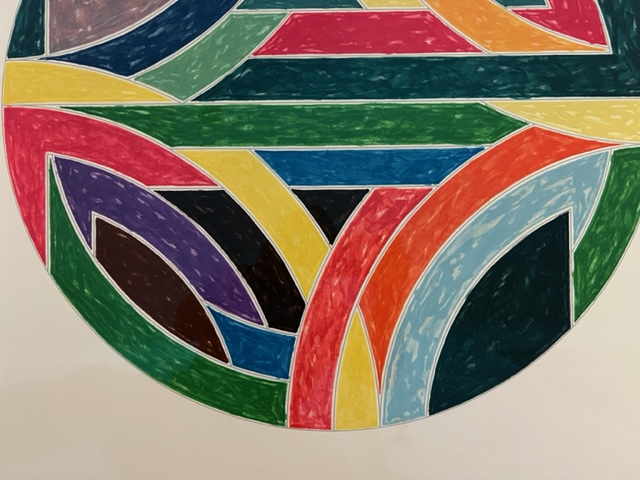 The Sinjerli Variation series by Frank Stella introduces six lithographs comprised of interlaced variations of the original painting Sinjerli I in the protector Series of 1967- 1971. Sinjerli was a city of the Ancient Anatolian people of the Hittite Empire, which reached its height in the 14th century BC. The fortified citadel of Sinjerli was outlined by an almost perfect double walled circle, which connected with the geometric inspiration of Stella’s body of work. Each lithograph is composed of elaborate patterns of intersecting circular forms, arranged in a manner that removes any indication of depth. While at first, the form is seemingly symmetrical, the interweaving of the arcs also gives the illusion of unending line-work.

Frank Stella Sinjerli Variation IV, 1977 is composed of two semi-circles, or protractors, and are positioned to the left of the sheet. These semi-circles are created through deliberately placed geometrical patterns that are enhanced by Stella’s strategic use of bright and vibrant colors. The hues are not tinted as a flat application, but rather have a painterly texture and this result was accomplished by a three-step process. The first step required the deposition of a toned ground, the result of a broadly drawn plate, also known as “full crayon.” Secondly, a looser, textured drawing was applied, the “smear crayon.” Finally, the finishing touch was a high gloss glaze, named “loose crayon.”

Created in 1977, this lithograph and screenprint is hand signed and dated by Frank Stella (Massachusetts, 1936 -) and numbered from the edition of 100 in pencil in the lower right margin. This work was published by Petersburg Press, New York.

Catalogue Raisonné & COA:
Frank Stella Sinjerli Variation IV, 1977 is fully documented and referenced in the below catalogue raisonnés and texts (copies will be enclosed as added documentation with the invoices that will accompany the sale of the work).

1. Axsom, Richard H. The Prints of Frank Stella: A Catalogue Raisonné. New York: Hudson Hills Press, 1983. Listed and illustrated as catalogue raisonné no. 118.
2. A Certificate of Authenticity will accompany this artwork.

About the Framing:
Framed to museum-grade, conservation standards, Frank Stella Sinjerli Variation IV, 1977 is presented in a complementary moulding and finished with silk-wrapped mats and optical grade Plexiglas.