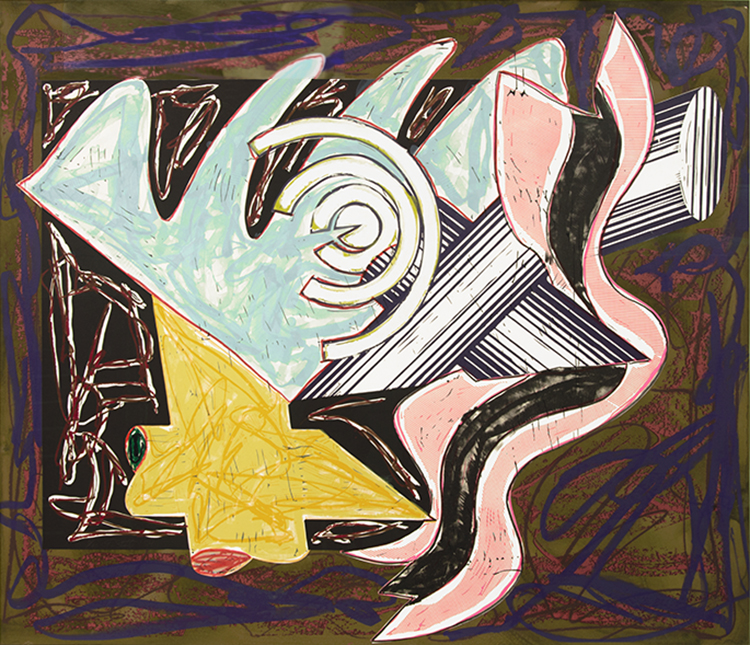 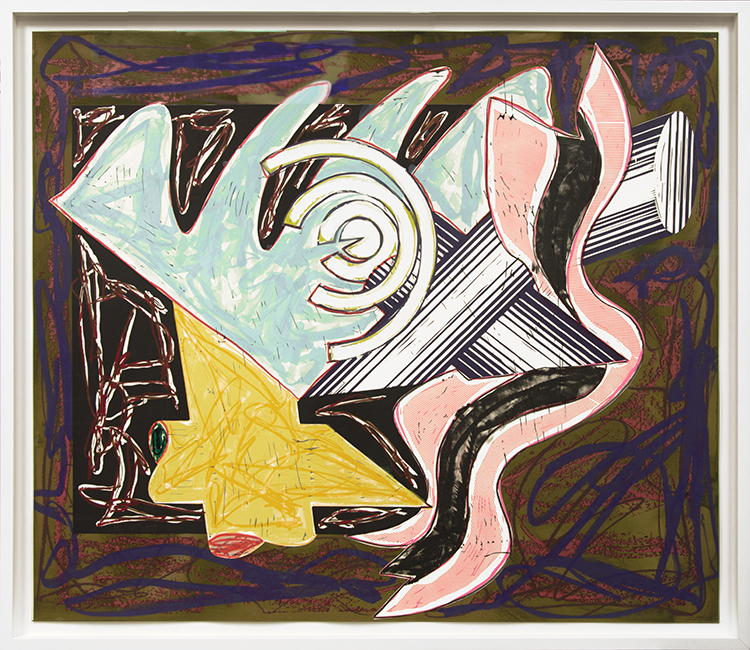 Inspired after seeing an exhibition in 1919 by the Russian avant-garde artist El Lissitzky (1890-1941) who had created a series of gouaches illustrating the traditional Jewish Passover song, Had Gadya (The Only Kid), Stella created his own, one of which you see before you. In this series, he combines the narrative qualities also seen in his Moby Dick series with his iconography from Cones and Pillars. The resulting colorful abstraction combined with Jewish mythology places Stella in dialogue not only to Lisstizky but also with Chagall.

Catalogue Raisonné & COA:
Frank Stella A Hungry Cat Ate Up the Goat, 1984 is fully documented and referenced in the below catalogue raisonnés and texts (copies will be enclosed as added documentation with the invoices that will accompany the final sale of the work).

1.Stella, Frank Illustrations after El Lissitzky's Had Gadya 1982-1984. London: Waddington Graphics, 1985. Listed and illustrated as plate no.2.
2. A Certificate of Authenticity will Accompany this Work.

About the Framing:
Framed to museum-grade, conservation standards, Frank Stella A Hungry Cat Ate Up the Goat, 1984 is presented in a complementary moulding and finished with silk-wrapped mats and optical grade Plexiglas.