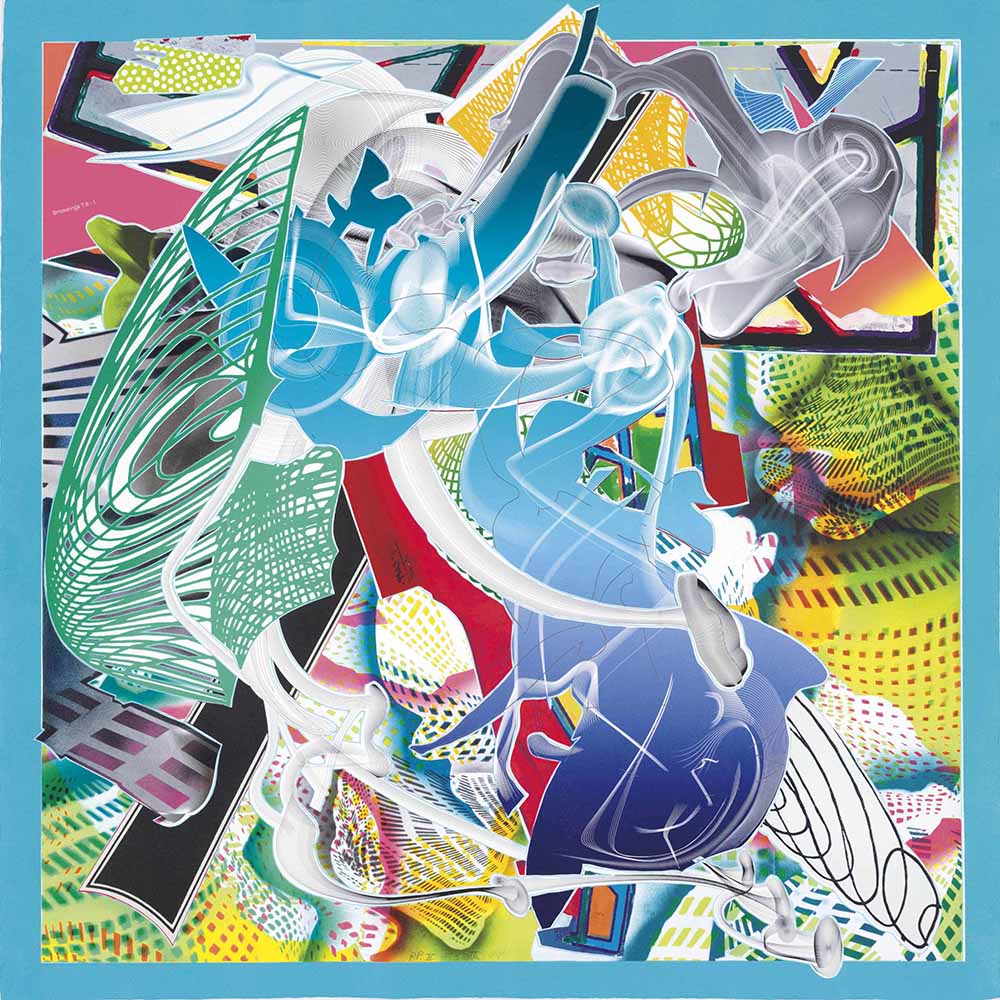 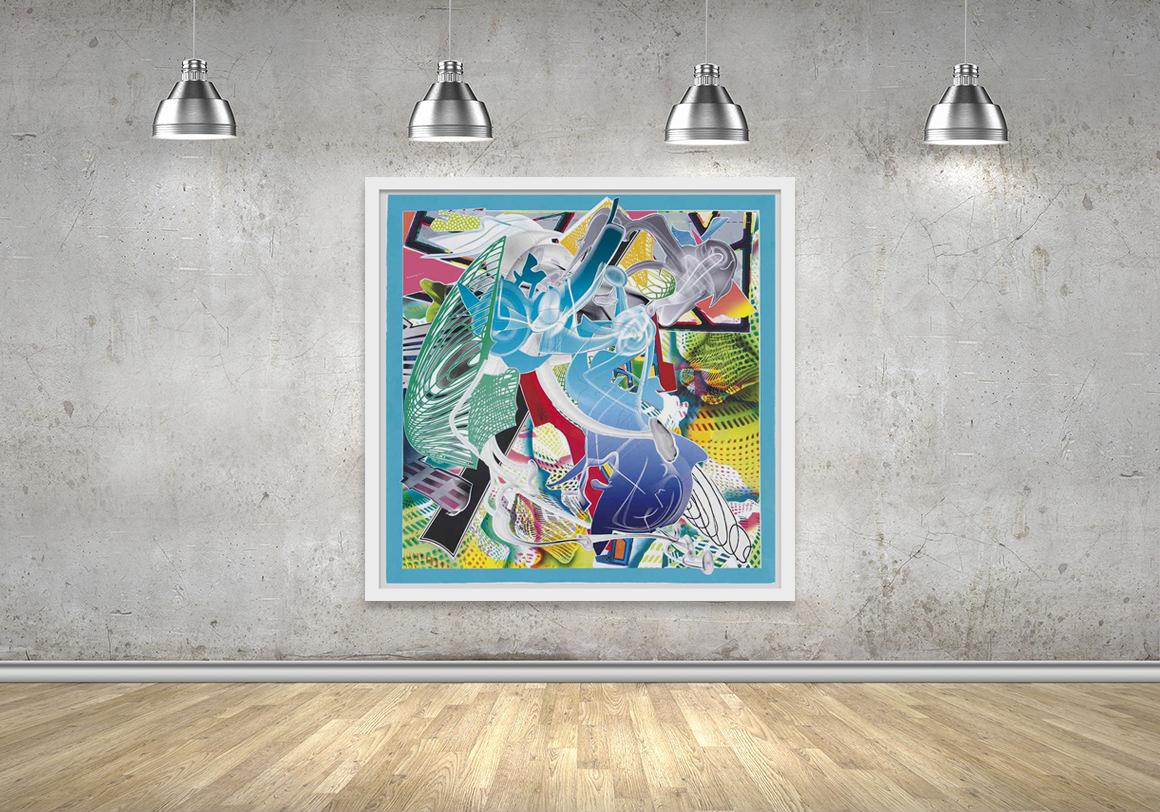 Frank Stella Cantahar, 1998 exemplifies the compositional dynamism of Stella’s intricate layering technique with a psychedelic twist. Patches of neon hues along the outer edges of the composition add both depth and light to the overall image. The colors throughout this image softly fade into another hue, which creates an undulating effect. In the absence of perspectival depth or representational images, Stella creates depth through the interplay between color and line in his layering technique. Line is used to create organic shapes out of rhythmic patterns, accentuating the fragmented forms and evoking a sense of movement. For instance, the green, wing-like shape to the left of the composition is composed of repeating lines that fill the outline of the shape, creating a kind of web that resembles the pattern of a butterfly wing. Frank Stella Cantahar, 1998 offers a visual adventure through effervescent colors and rippling forms pieced together into a carefully composed collage.

Created in 1998, Frank Stella Cantahar is a lithograph, screenprint, and intaglio in colors on heavy wove paper. This work is hand signed and dated by Frank Stella (Massachusetts, 1936 - ) in pencil and numbered from the edition of 40.

Catalogue Raisonné & COA:
Frank Stella Cantahar, 1998 is fully documented and referenced in the below catalogue raisonnés and texts (copies will be enclosed as added documentation with the invoices that will accompany the sale of the work).

About the Framing:
Framed to museum-grade, conservation standards, Frank Stella Cantahar, 1998 is presented in a complementary moulding and finished with silk-wrapped mats and optical grade Plexiglas.