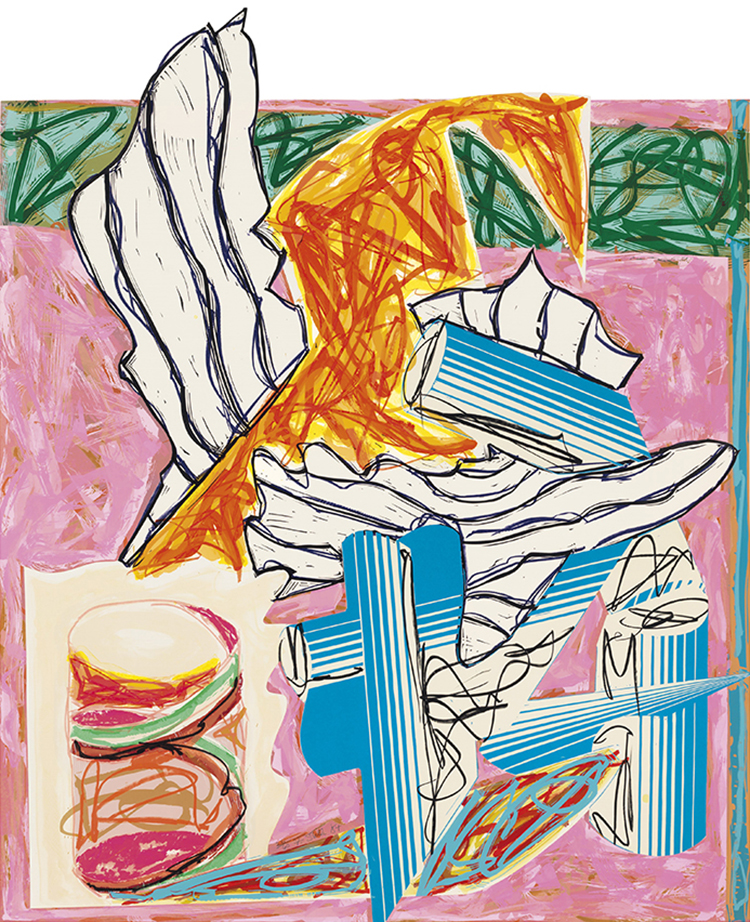 Created in 1984, Frank Stella And the Holy One, Blessed Be He, Came and Smote the Angel of Death is a lithograph, linocut, and screenprint with hand-coloring and collage on T.H. Saunders and Somerset papers. Published by Waddington Graphics, this work is hand signed and dated by Frank Stella (Massachusetts,1936 - ) and numbered from the edition of 60 in pencil in the lower center.

Catalogue Raisonné & COA:
Frank Stella And the Holy One, Blessed Be He, Came and Smote the Angel of Death, 1984, is fully documented and referenced in the below catalogue raisonnés and texts (copies will be enclosed as added documentation with the invoices that will accompany the sale of the work).

1. Axsom, Richard H. The Prints of Frank Stella: A Catalogue Raisonné. New York: Jordan Schnitzer Family Foundation, 2016. Listed and illustrated as catalogue raisonné no. 180 on pg. 271.
2. A Certificate of Authenticity will accompany this artwork.

About the Framing:
Framed to museum-grade, conservation standards, Frank Stella And the Holy One, Blessed Be He, Came and Smote the Angel of Death, 1984 is presented in a complementary moulding and finished with silk-wrapped mats and optical grade Plexiglas.