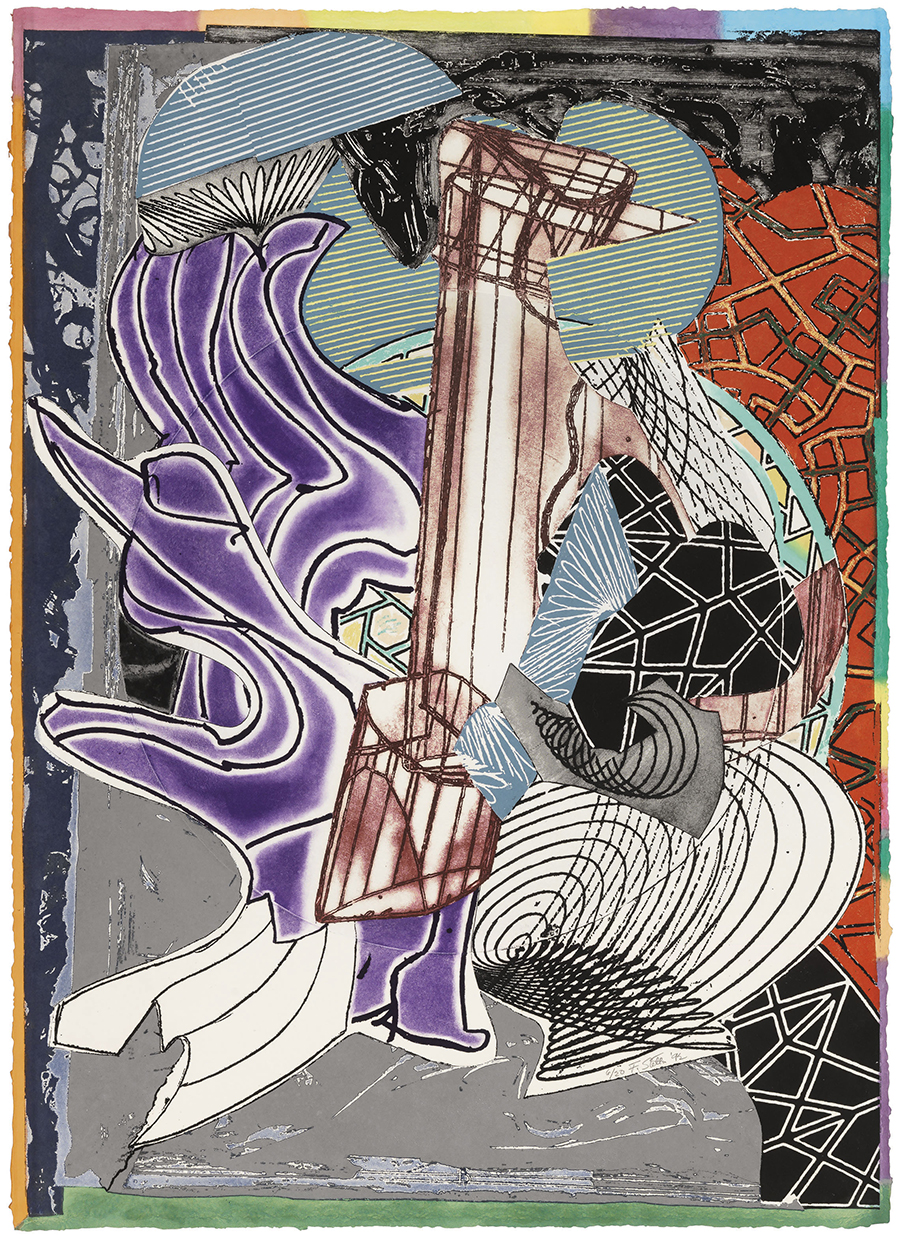 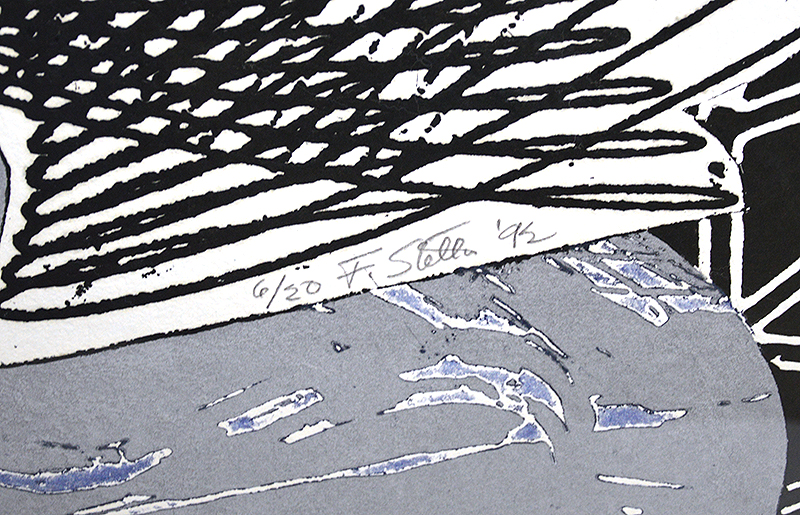 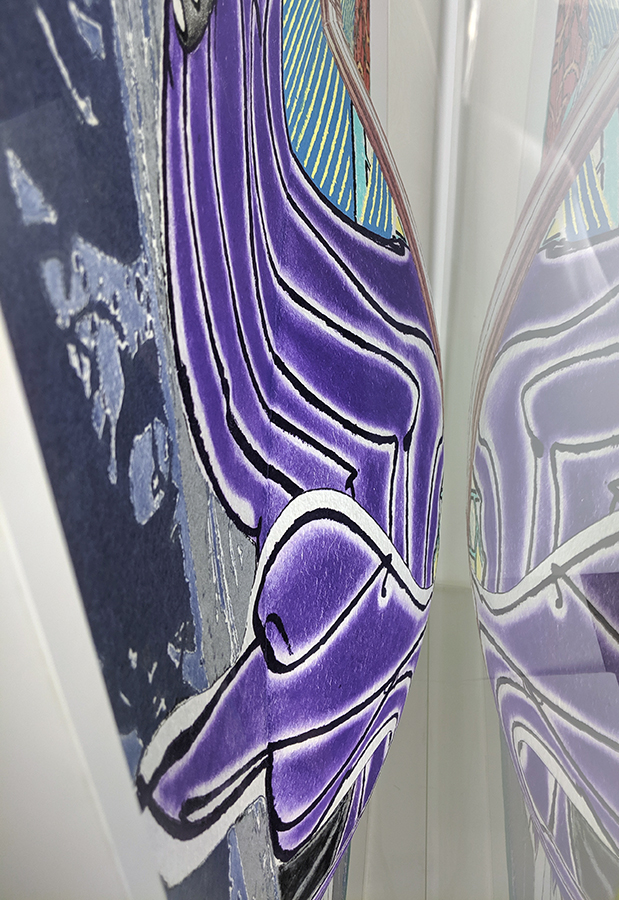 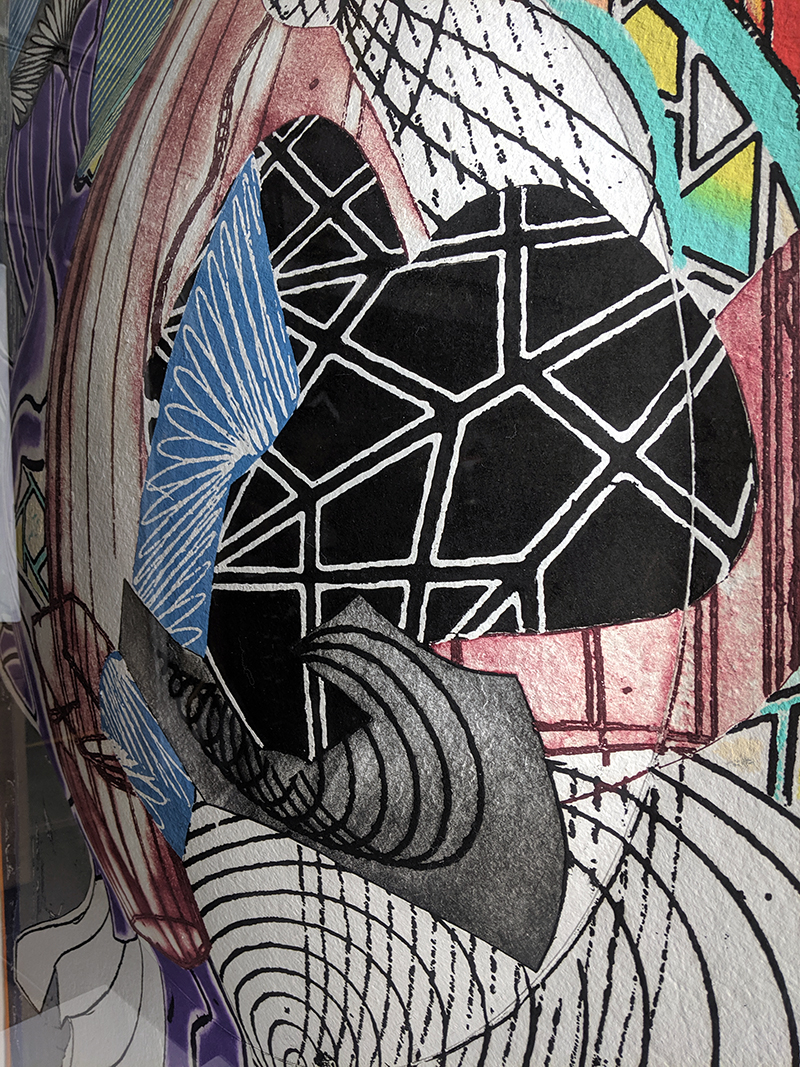 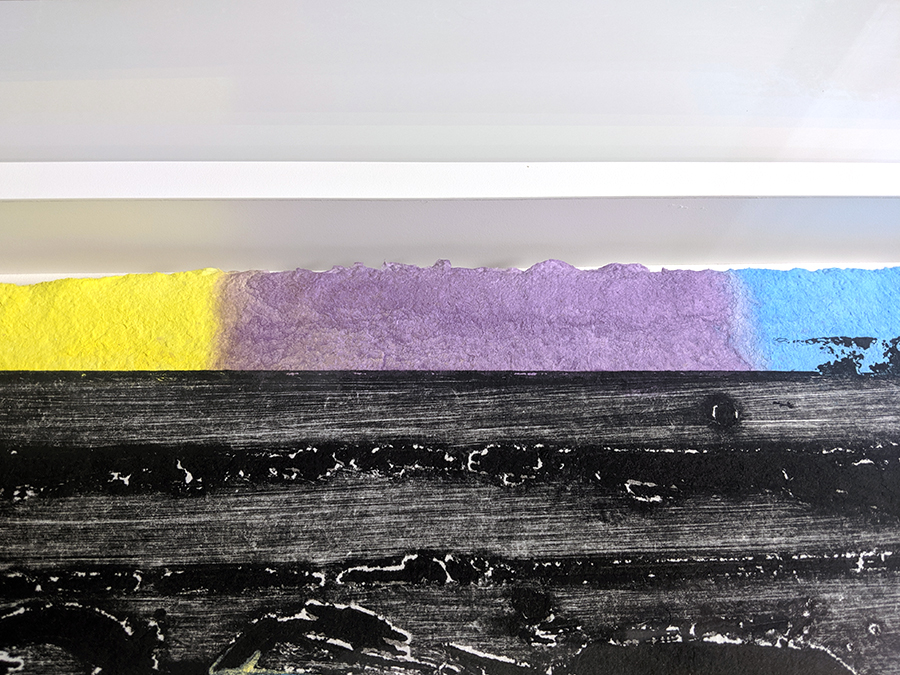 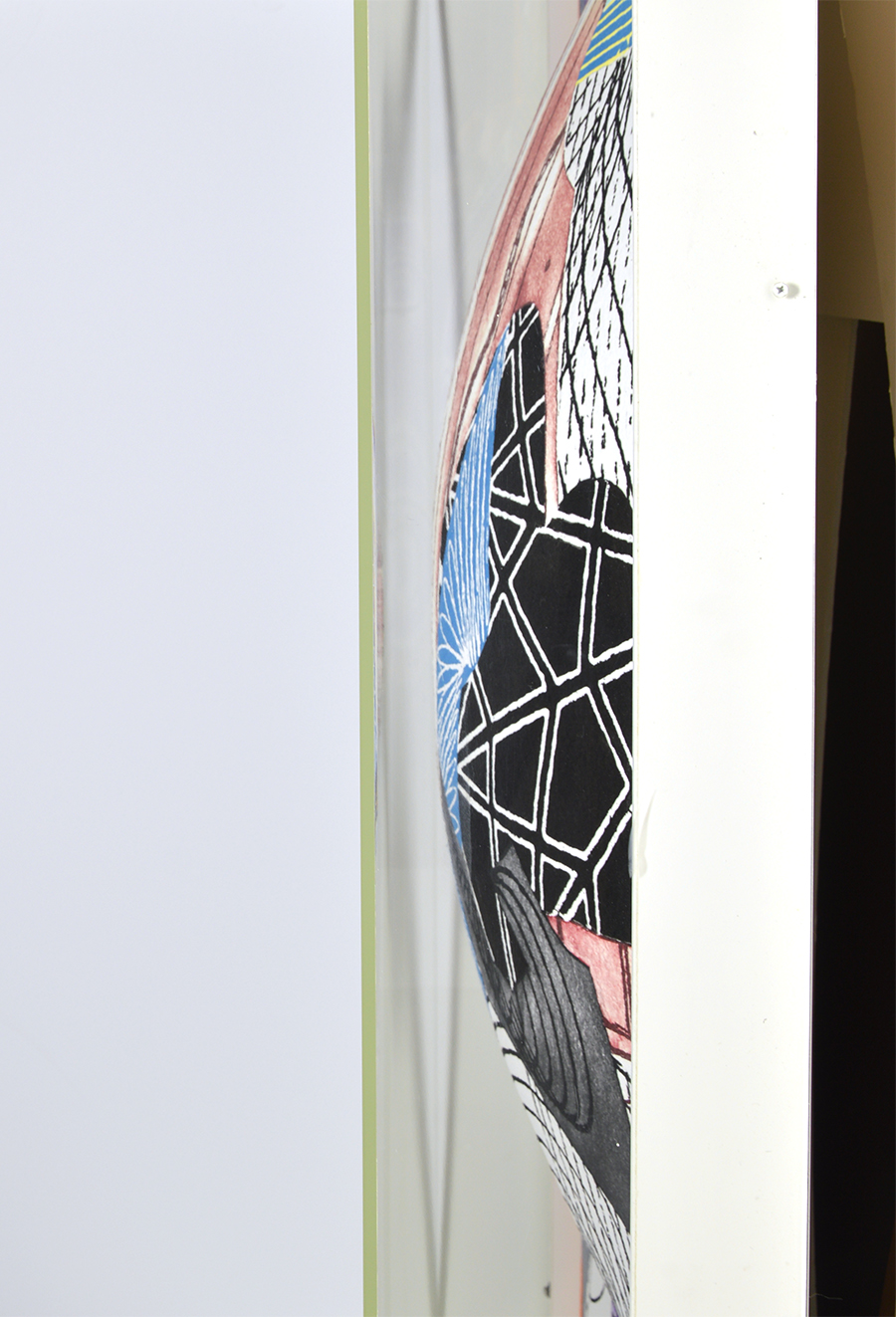 Frank Stella The Fossil Whale (Dome), from Moby Dick Domes, 1992 exemplifies the use of a variety of printmaking techniques to create a captivating tension between an arrangement of patterns and colors on a flat surface. Not limited to a rectilinear geometry, Stella employs curve geometry to challenge conventional notions of patterns. A black and white geometric industrial-like pattern weaves through the background and central part of the piece to guide the viewer’s eyes around the entirety of the pictorial plane. A similar pattern in a brilliant red to the right of the central design attests to Stella’s abstract yet deliberate use of color, shape and space. Swirling purple waves dominate the central portion, anchored by a mottled brown and white column bisecting the center. Parallel blue lines within irregular geometric shapes scatter among other patterns and curves to create an illusion of multiple layers and dimensions. A large grey space on the lower left portion of the piece grounds the central composition. Stella’s continuous experimentation with various printmaking techniques helped to drive him into creating increasingly complicated pieces of art throughout his career. This exemplary polychromatic work attests to the originality of the artist’s imagination and his desire to create artwork unbound by any one style or technique, both of which have made him one of the most influential figures in post-war American art.

Frank Stella The Fossil Whale (Dome), from Moby Dick Domes, 1992 is fully documented and referenced in the below catalogue raisonnés and texts (copies will be enclosed as added documentation with the invoices that will accompany the sale of the work).

Framed to museum-grade, conservation standards, Frank Stella The Fossil Whale (Dome), from Moby Dick Domes, 1992 is presented in a complementary moulding and finished with silk-wrapped mats and optical grade Plexiglas.