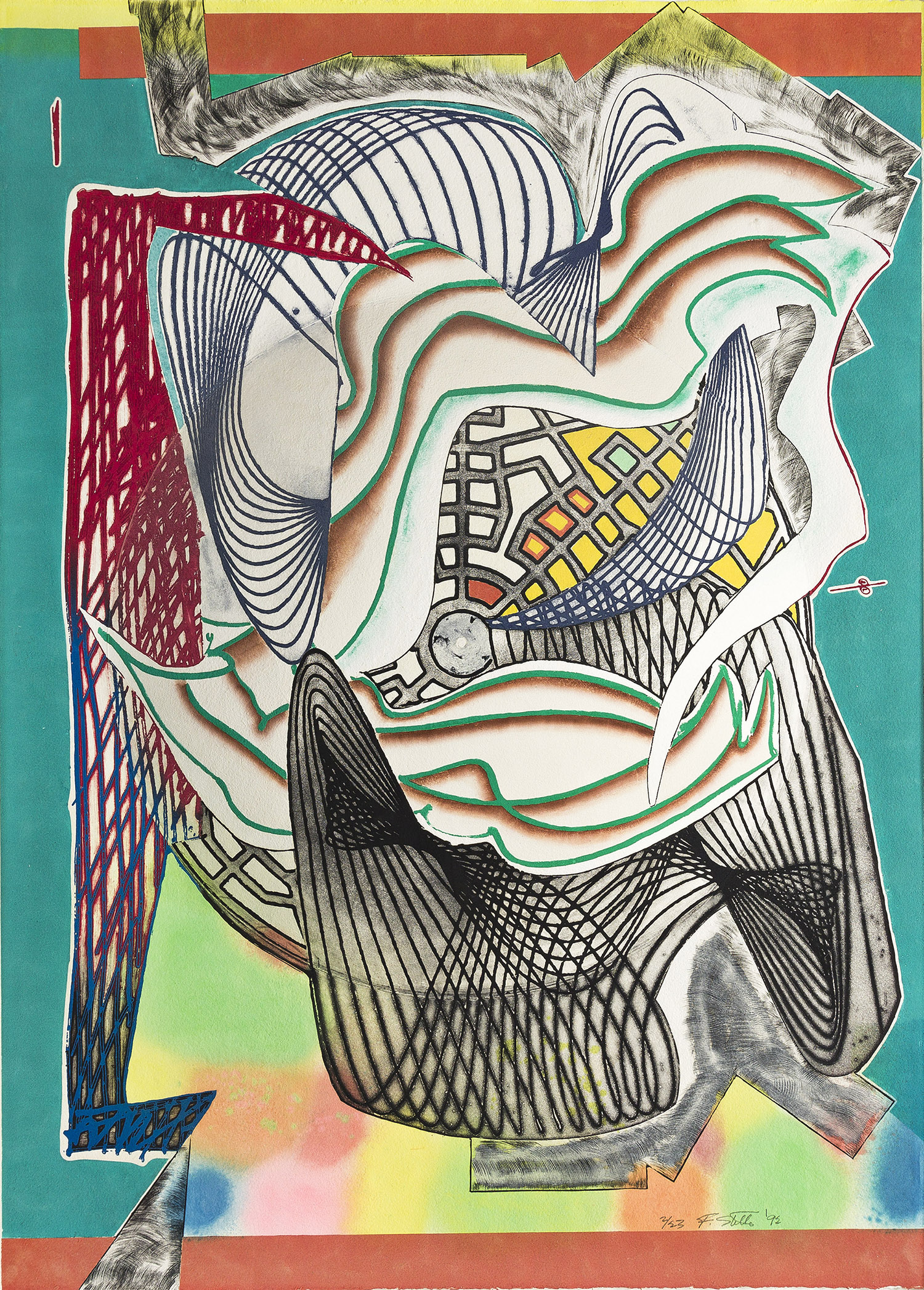 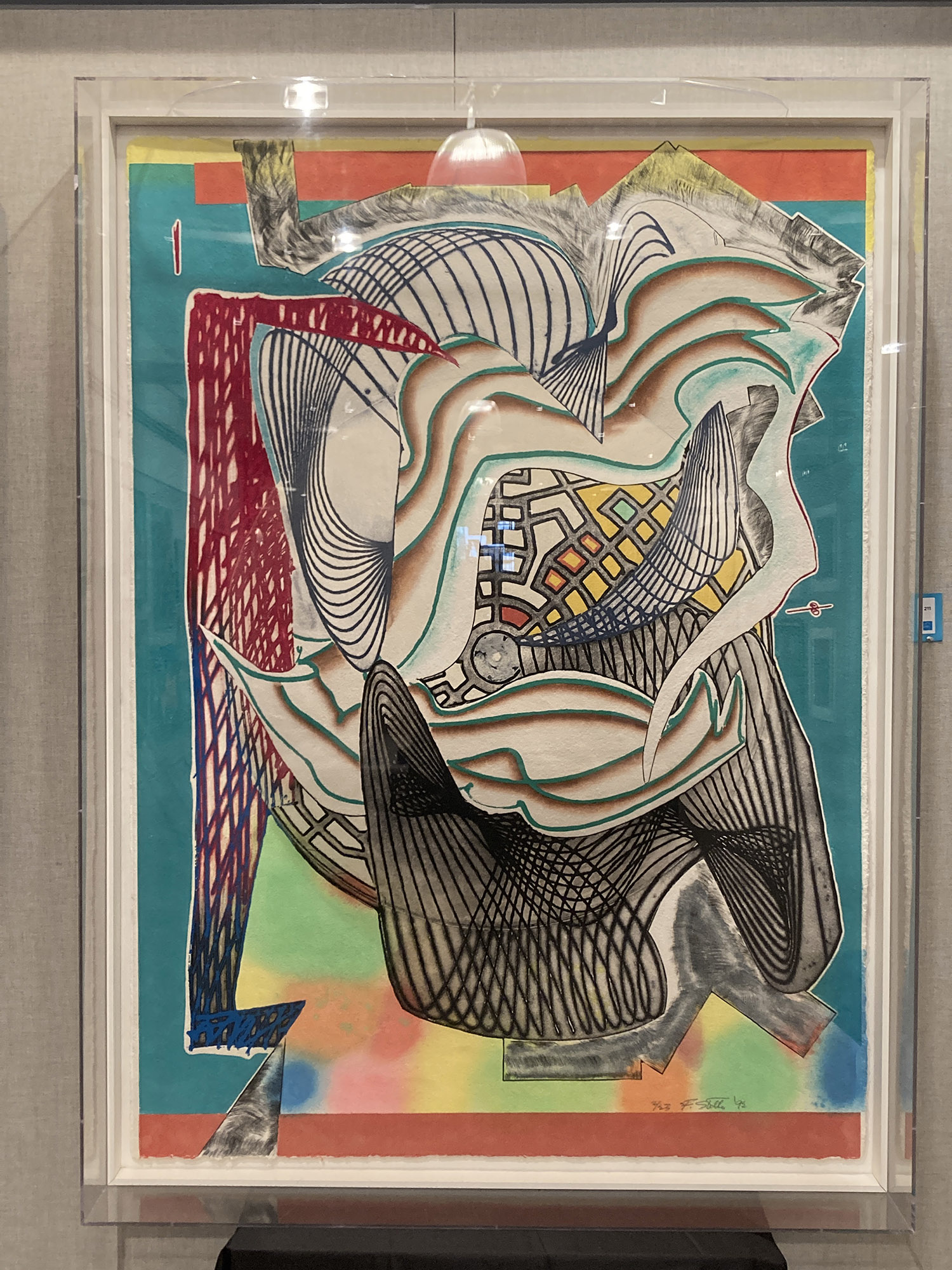 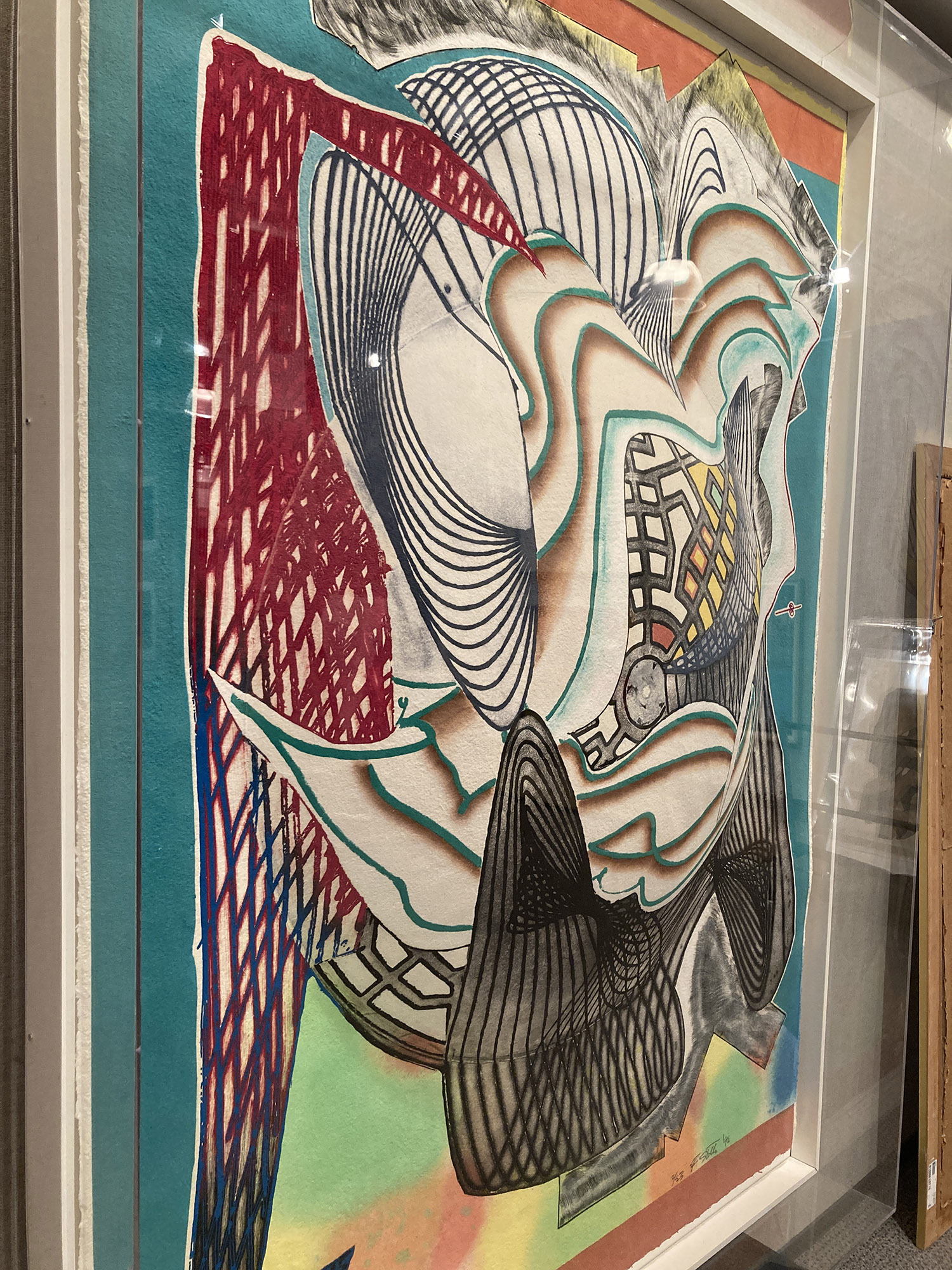 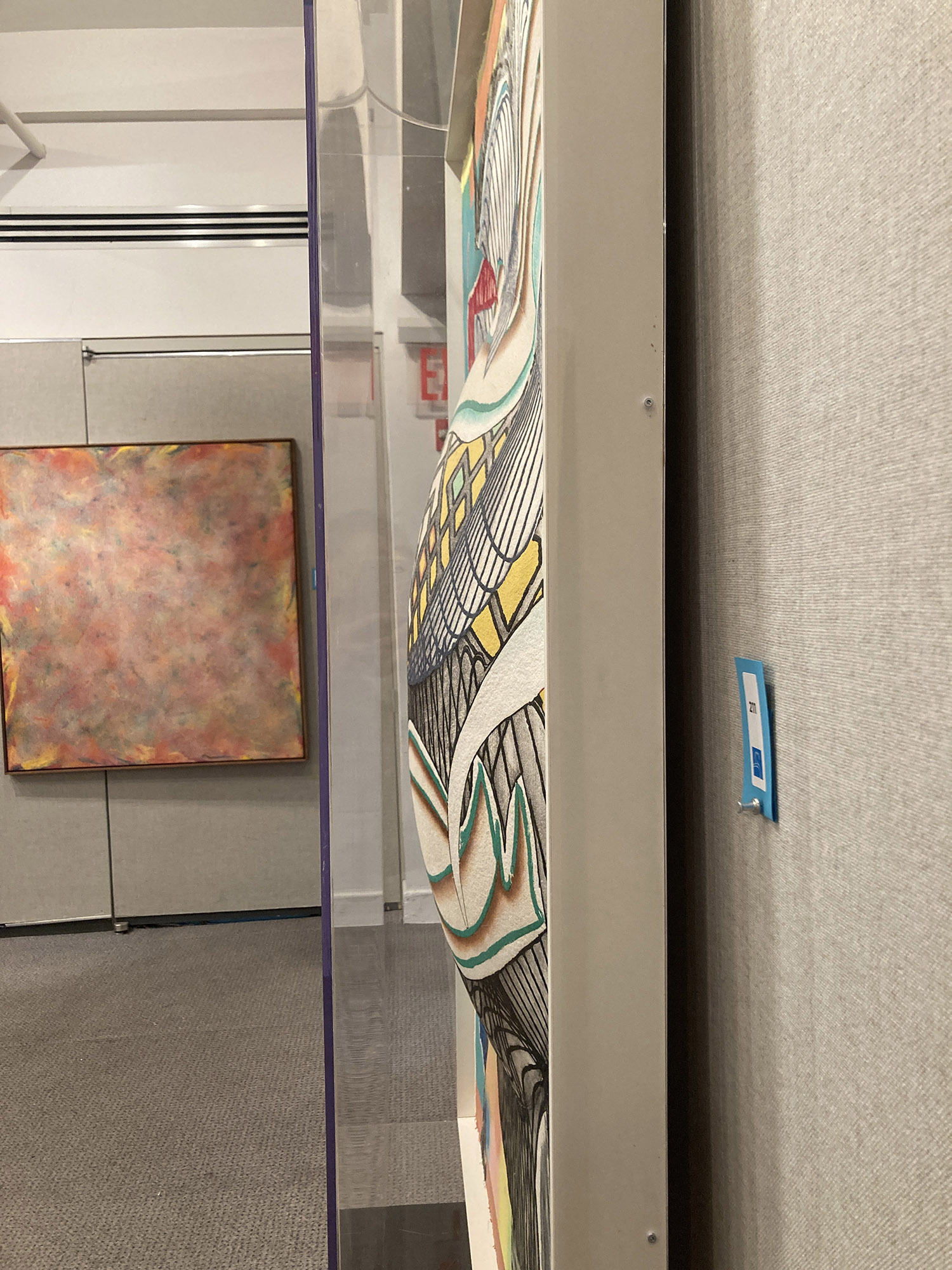 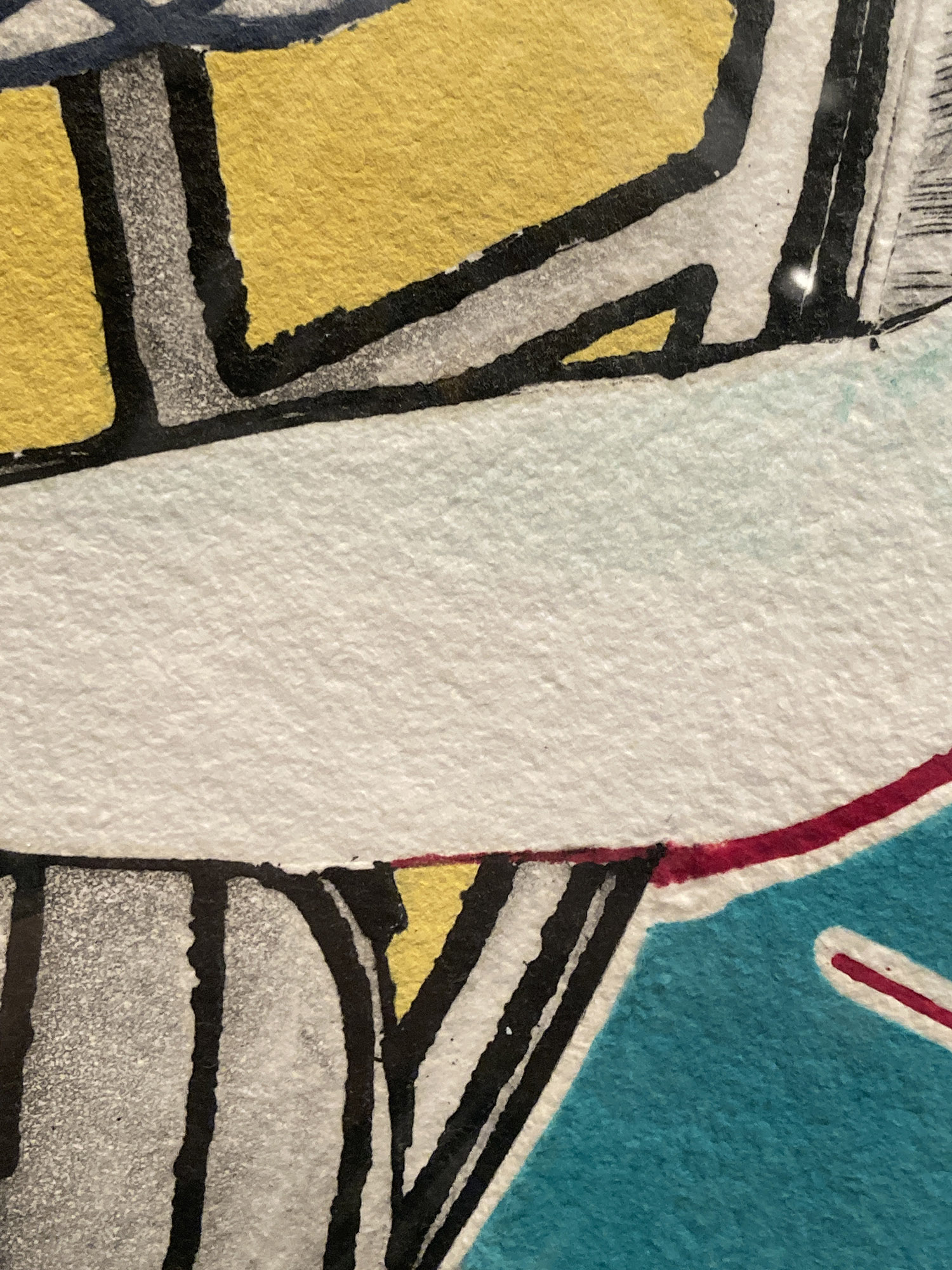 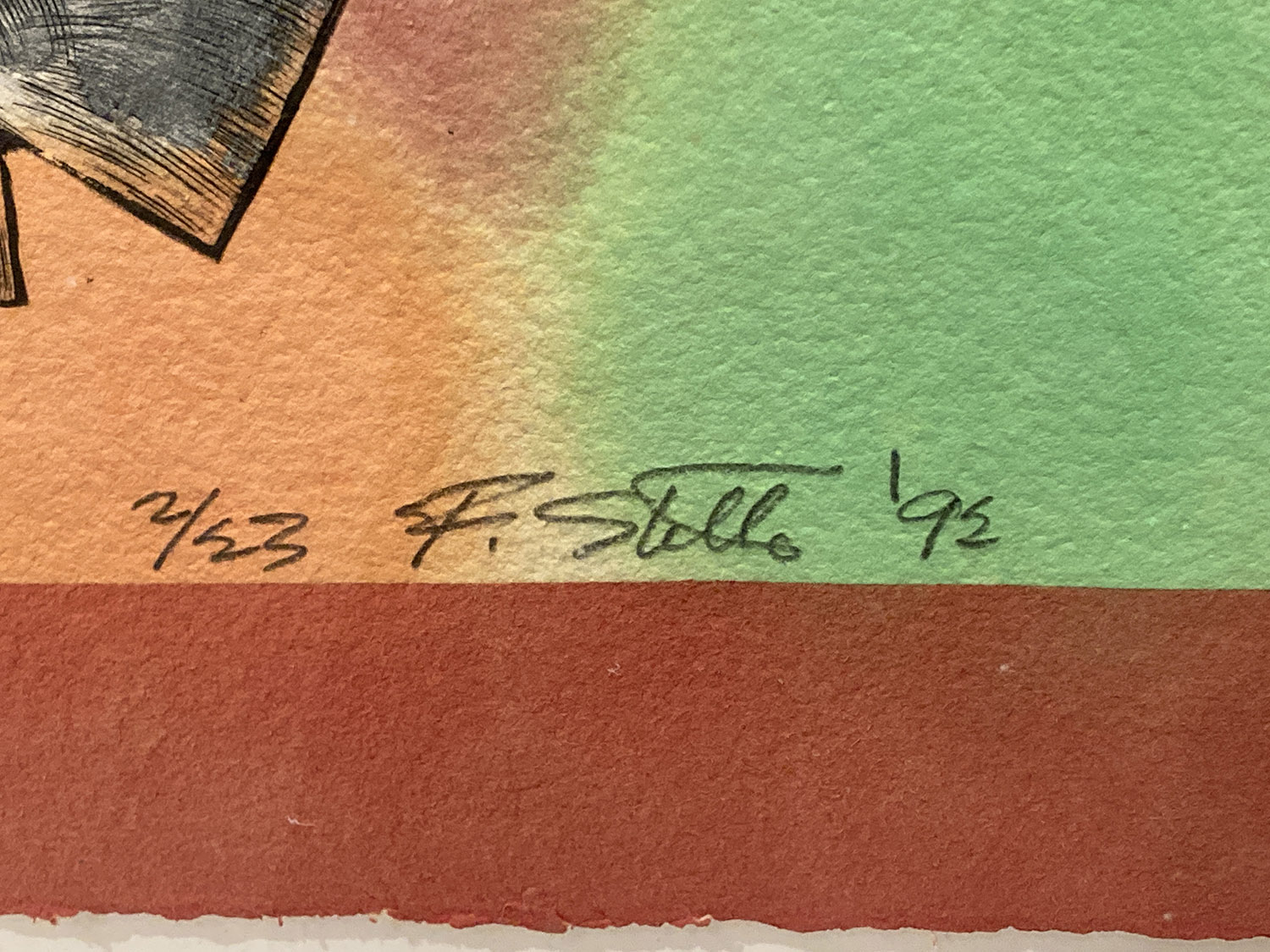 Frank Stella challenges the narrative possibilities of abstraction in this tribute to the literary work “Moby-Dick”. Rather than plainly depicting scenes of the novel, Stella instead evokes the power and emotion within the story. Elegant curves and lines dominate the print. The bending of geometric shapes and planes creates a wave-live formation, a reference to the nautical setting within the novel. The fluid coloring further lures viewers into a realm of subdued reality. While this piece is markedly different from Stella’s earlier “Black Paintings”, it establishes Stella as an evolving and versatile artist even in his later career.

Catalogue Raisonné & COA:
Frank Stella The Funeral (Dome) From Moby Dick Domes, 1992 is fully documented and referenced in the below catalogue raisonnés and texts (copies will be enclosed as added documentation with the invoices that will accompany the sale of the work).

1. Axsom, Richard H. The Prints of Frank Stella: A Catalogue Raisonné. New York: Jordan Schnitzer Family Foundation, 2016. Listed and illustrated as catalogue raisonné no. 208.
2. A Certificate of Authenticity will accompany this work.

About the Framing:
Framed to museum-grade, conservation standards, this work is presented in a complementary moulding and finished with silk-wrapped mats and optical grade Plexiglas.