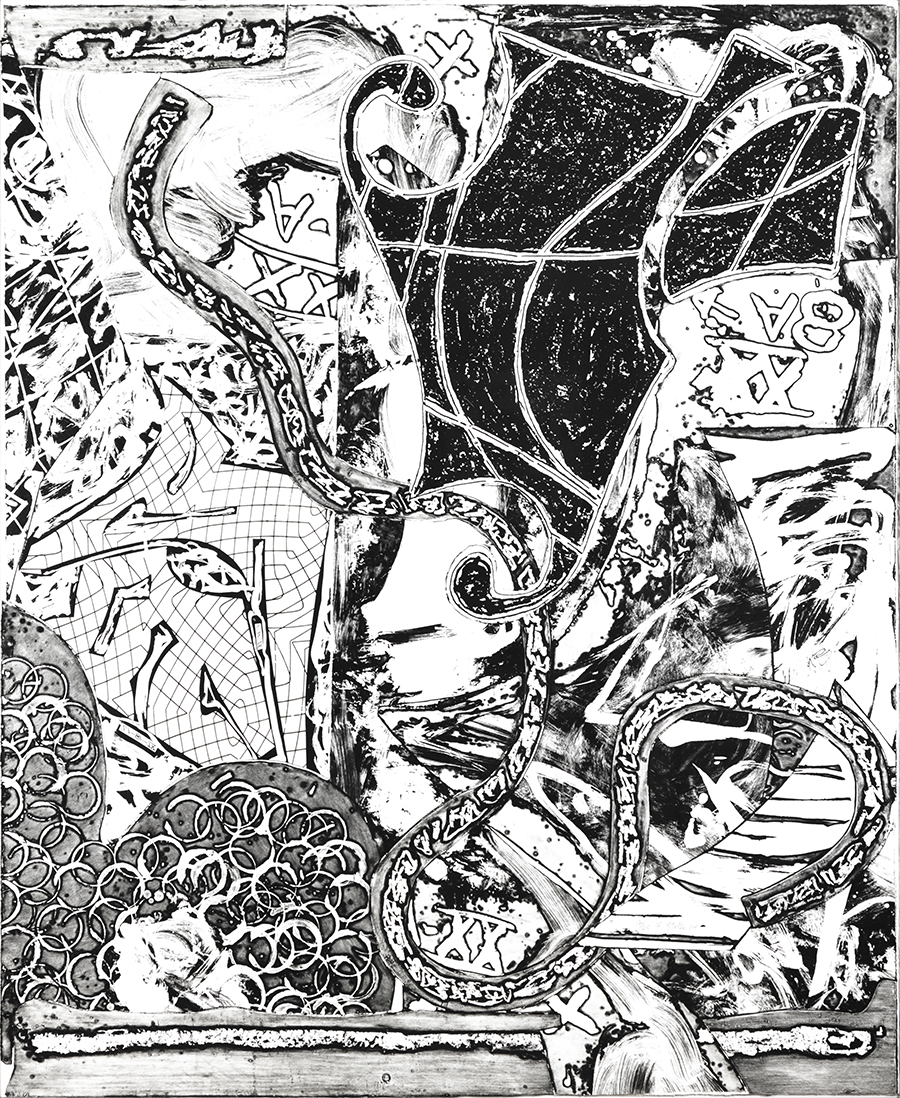 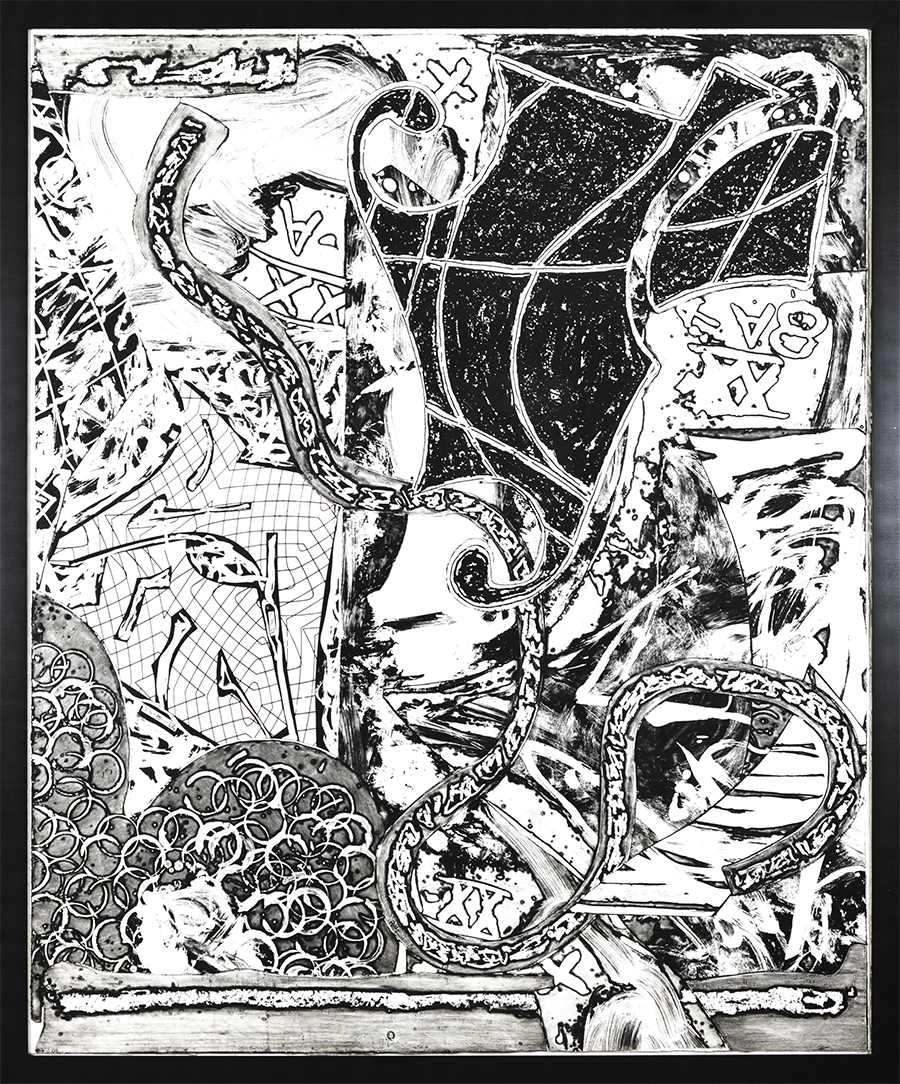 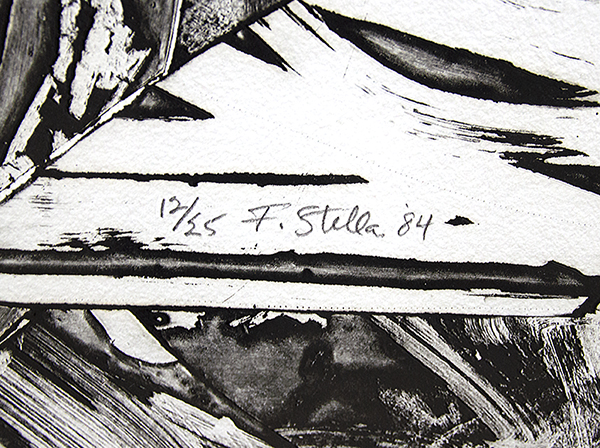 Frank Stella Swan Engraving Framed V, 1982 is a monochromatic baroque world, featuring some of Stella's most notable visual elements such as the french curve and stacked grids. The work possesses an incredible range of fascinating and unique texture, from the bubbling circles at the bottom left to the letter-like outlines floating throughout the composition. There is a wonderful sense of visual depth achieved through the rich tonal range; the dark shapes at the upper right recede into the background like a starry night sky, while the large serpentine shape moving diagonally across the piece dominates the composition at the foreground. Every inch of the piece is rich in detail, endlessly fascinating to look at and coming together to form a magical abstract realm.

The name of the series comes from the Swan Engraving Company in Connecticut where Stella had shapes cut for his Circuit works. The scraps of these shapes, as well as templates for doily patterns which Swan Engravings Company produced were incorporated into the series, creating intricate graphic patterns. The prints were made by collaging the scraps and templates together on a plywood backing, then inking them and printing, producing intaglio and relief prints.  Such a method of assembling the plate from various components was used here for the first time by Stella, exemplifying the constant innovation in his work from series to series.

Frank Stella Swan Engraving V, 1982 is fully documented and referenced in the below catalogue raisonnés and texts (copies will be enclosed as added documentation with the invoices that will accompany the sale of the work).